New York City has the biggest population of any American city. With all its important agglomerations, it is considered to be a huge economic power that influences many industries throughout the world, including art, entertainment, technology, commerce, and education. It is a fast-moving city that has a lot happening at once.

The United Nations has its headquarters set up in New York City. This makes it an important city for worldwide diplomatic affairs since this is where many representatives of other nations come to meet. Many called this place the global capital for media, cultural, and financial affairs.

However, during the 1970s, New York had to go through a huge clean-up process. There were numerous blocks of the city’s landscape that were completely abandoned, leaving buildings that were run-down and not lived in.

Andy Blair happened to witness these areas during the 1970s and he took photographs of them. 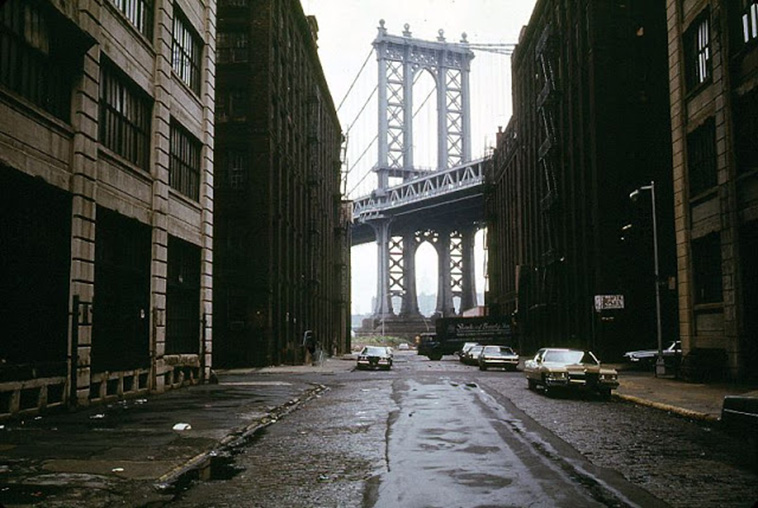 A homeless man sleeps next to a 50-gallon drum of burning scavenged wood, New York, 1970: 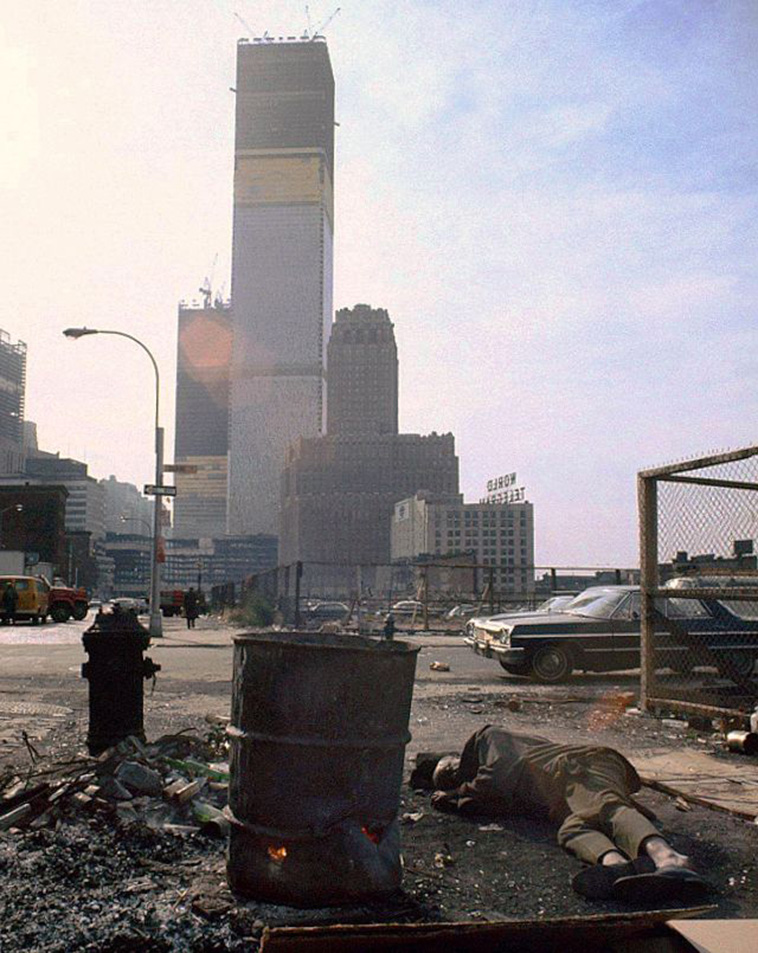 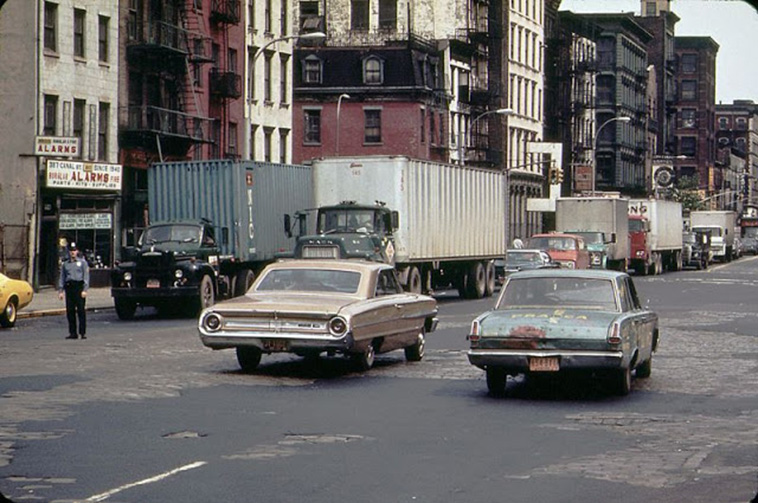 A lot of abandoned car chunks of a Triumph Spitfire at Plum Beach near Sheepshead Bay in Brooklyn, May 1973 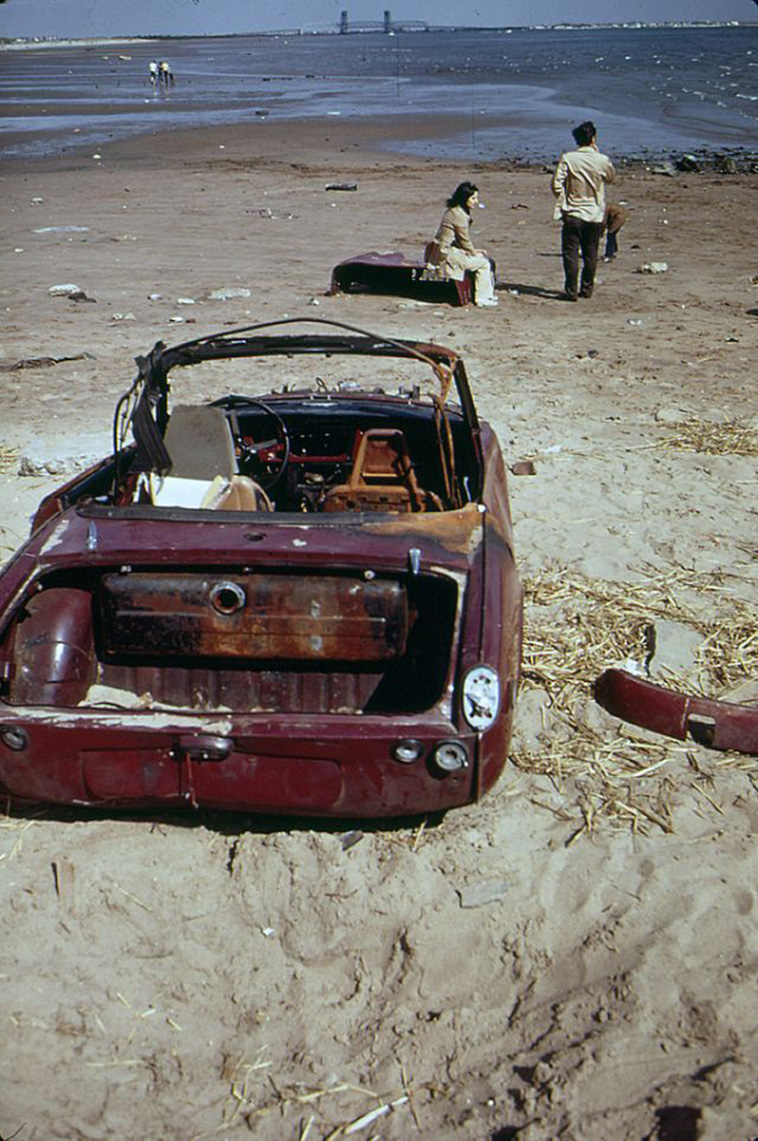 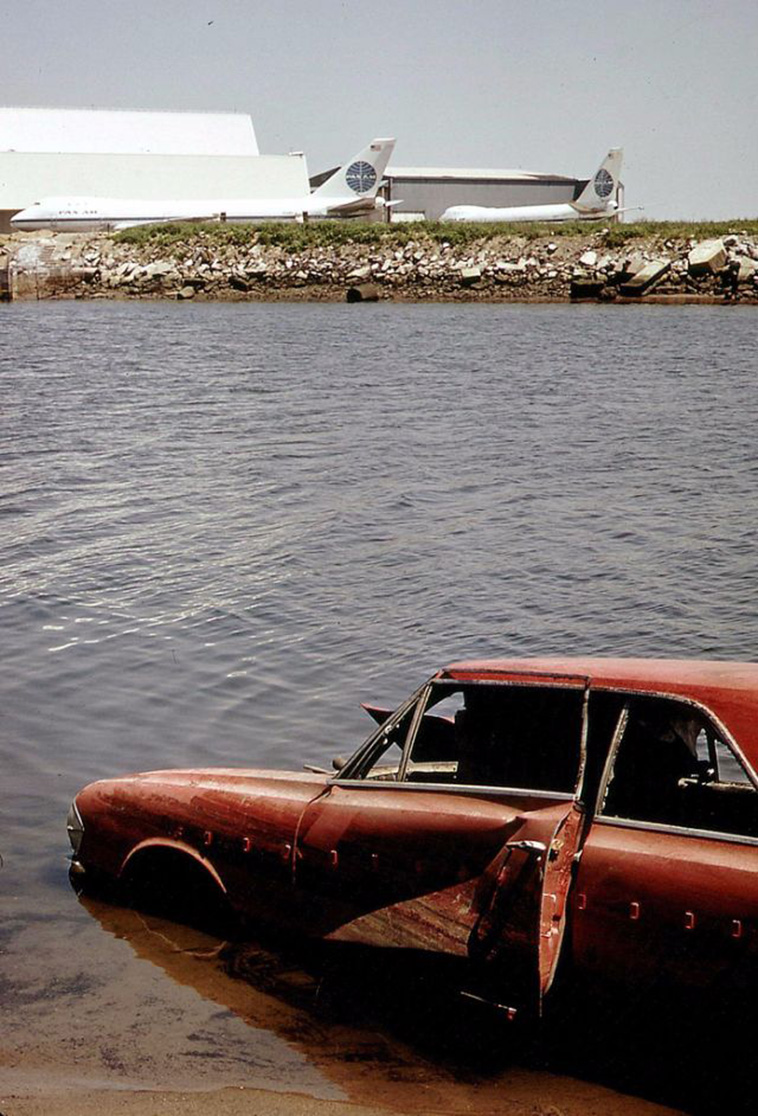 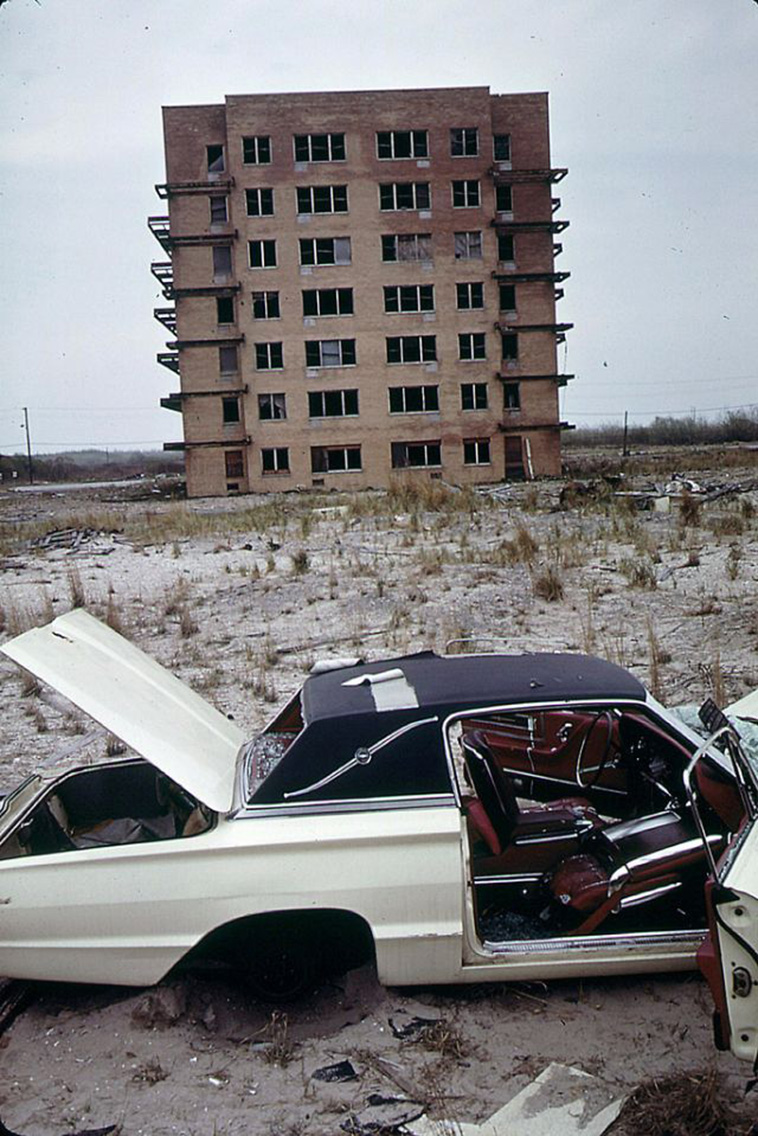 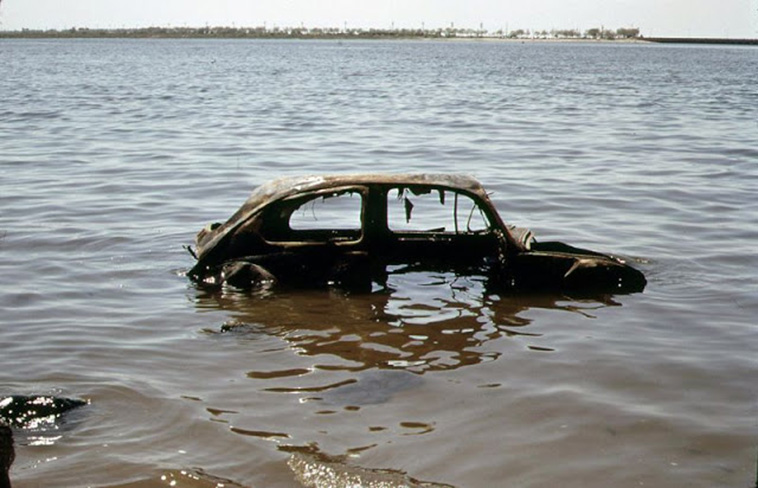 Breezy Point in Queens, New York near the Atlantic Ocean with the abandoned skeleton of an apartment building that was never finished, June 1973: 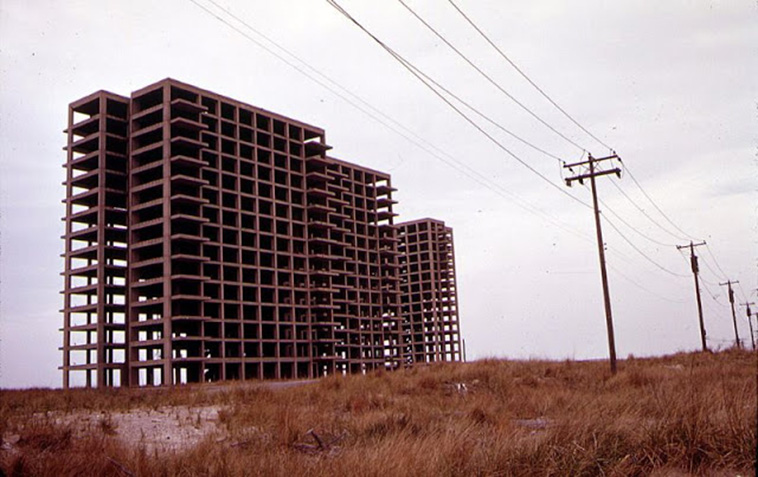 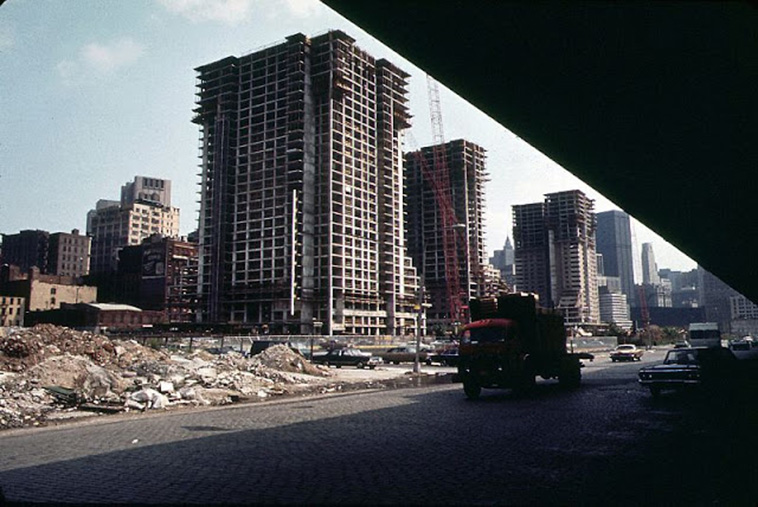 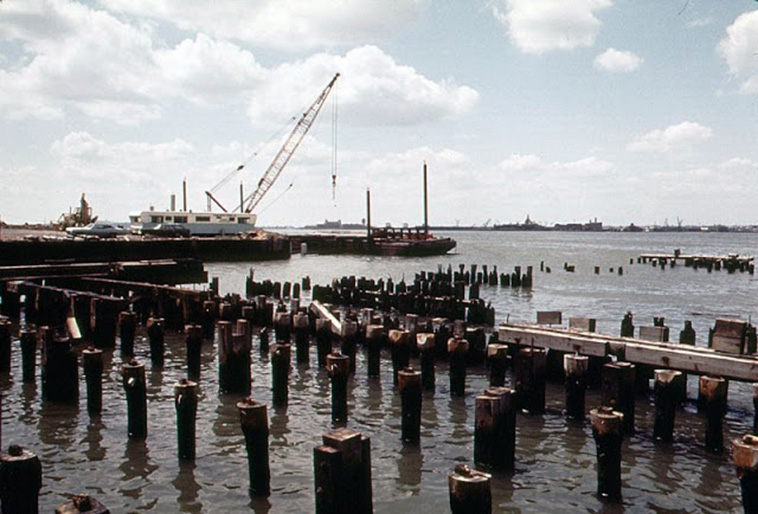 Half buried early 1960s Dodge Polara station wagon on the beach at the ocean side of Breezy Point in Queens, an abandoned apartment building at a left distance, 1973: 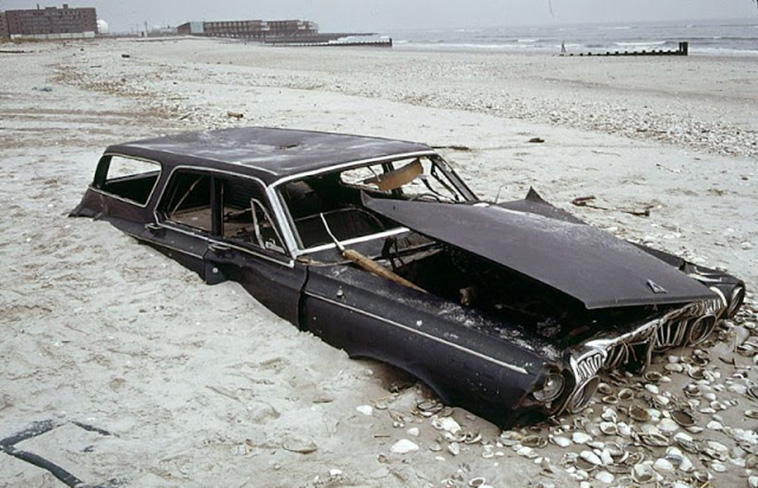