This old-school snowball fight film by Louis Lumière from 1896 has been recently restored by Joaquim Campa with better color, frames, resolution, and etc. 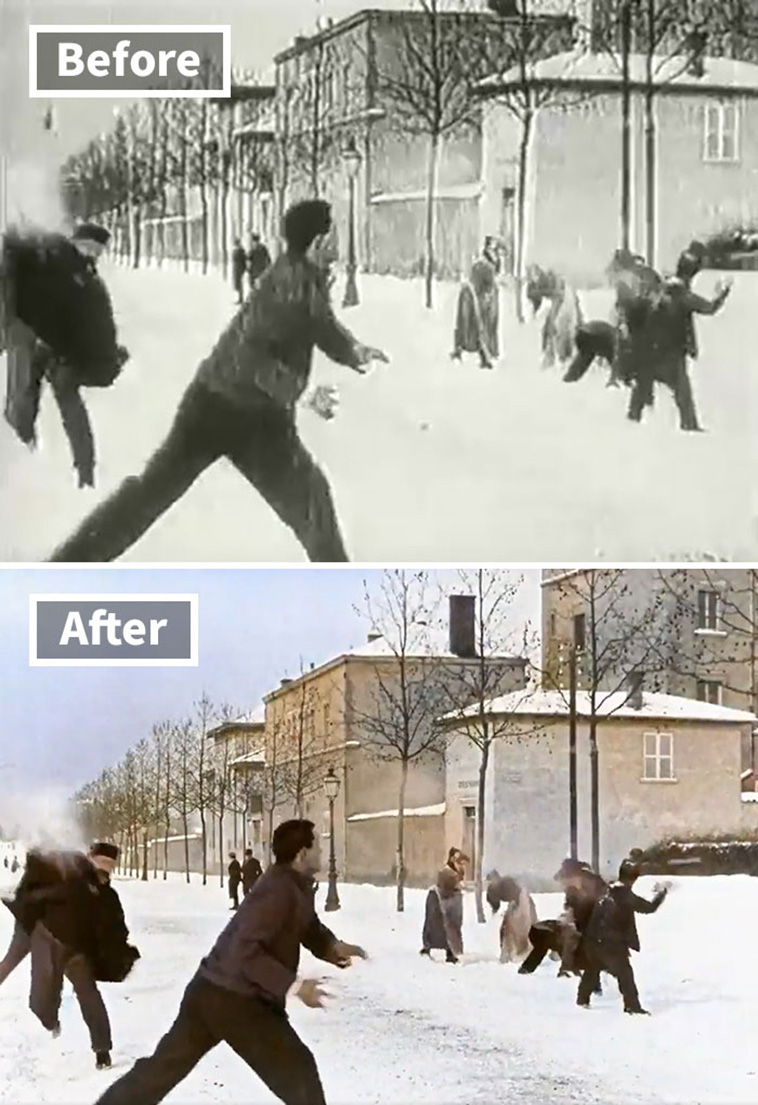 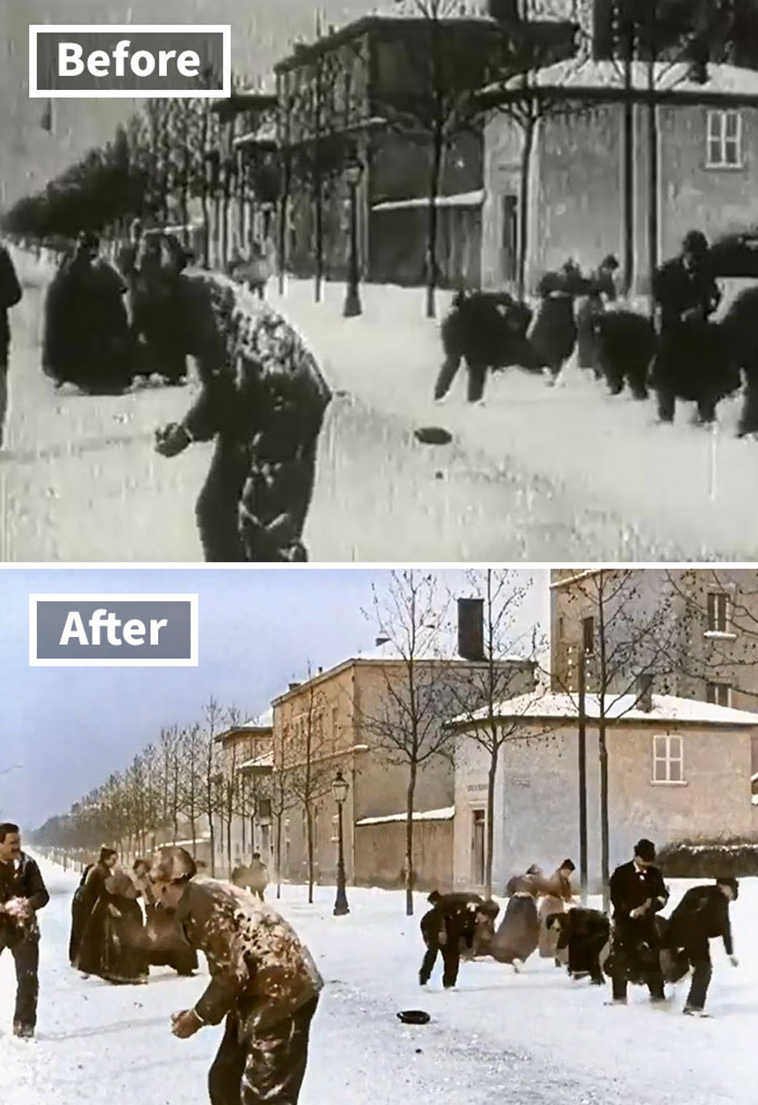 The 1-minute short film is just that—a snow fight, with a hilariously fierce snowballing of a cyclist in the middle 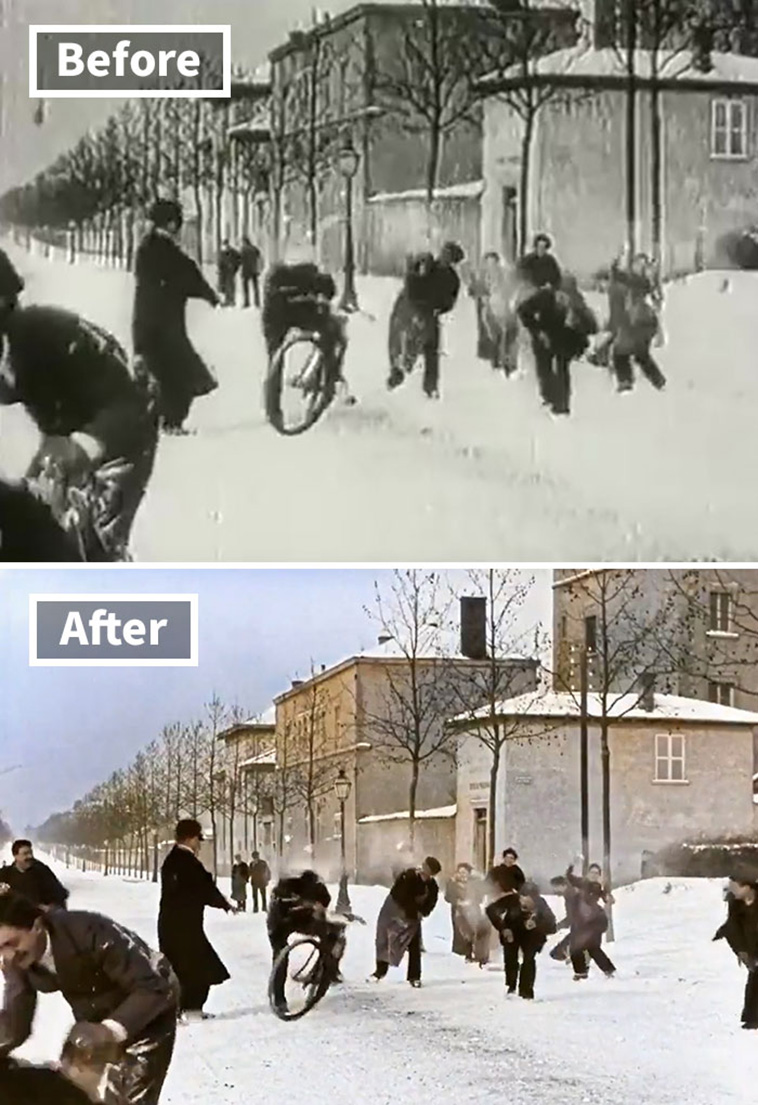 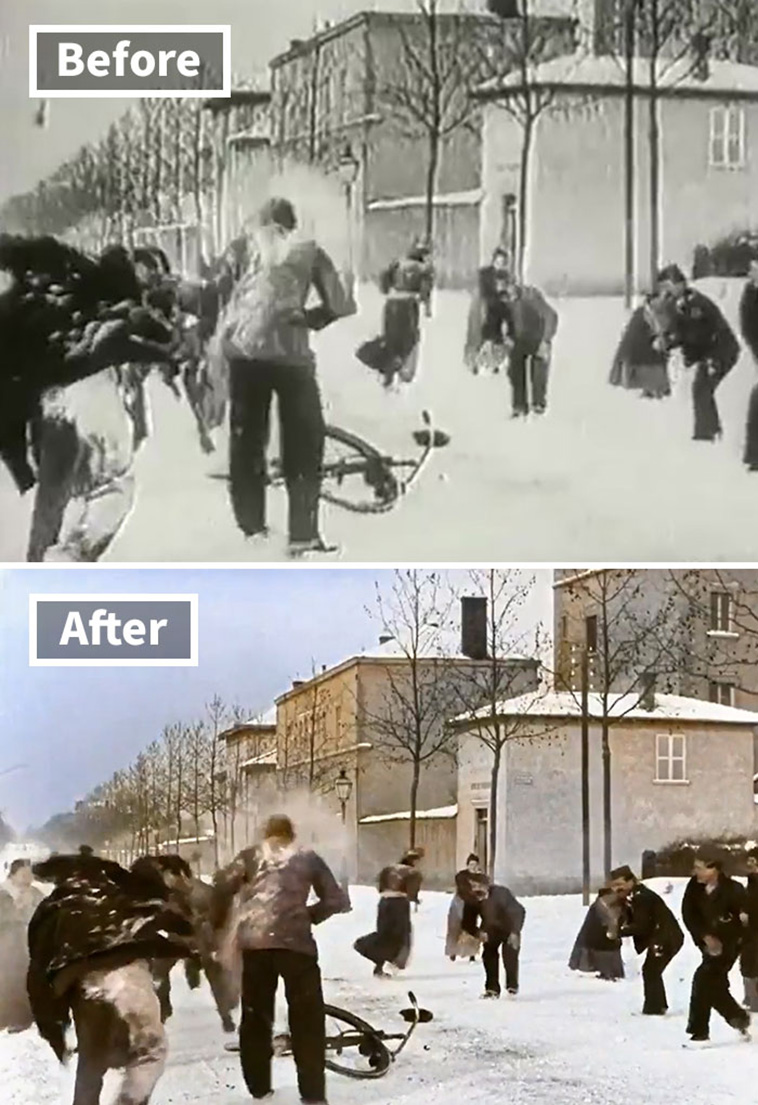 The video tweet went viral immediately, garnering over 7.2M views with over 66,000 likes 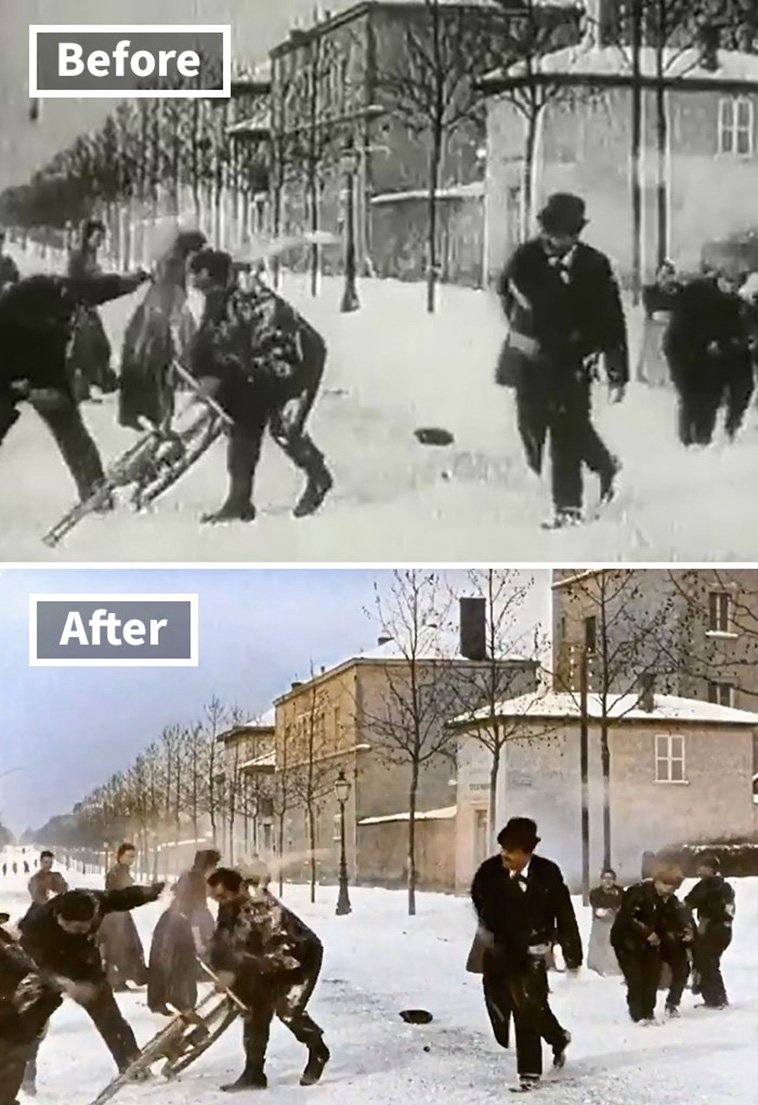