An employee with an ad agency, Ben Brucker, was bored of his workplace as it always made him dull due to the gloomy interiors. It was then that the creativity of Ben came into task and he planned on making the walls look more attractive. He came up with several pixelated portraits by making use of 8,024 post-it notes to transform the wall and make it look more appealing.

Ben is also an author on Reddit. Before making his wall look creative, he put in several weeks of efforts to ensure that the characters look appealing. Also, he was allotted $300 towards the makeover by his ad agency and they also helped him in completing the task.

Ben came up with the idea of using post-it notes as the ad agency is planning to relocate soon. More info: bruck7

“One day I just got so tired of how sterile and boring our office felt, I thought I should do something about it” 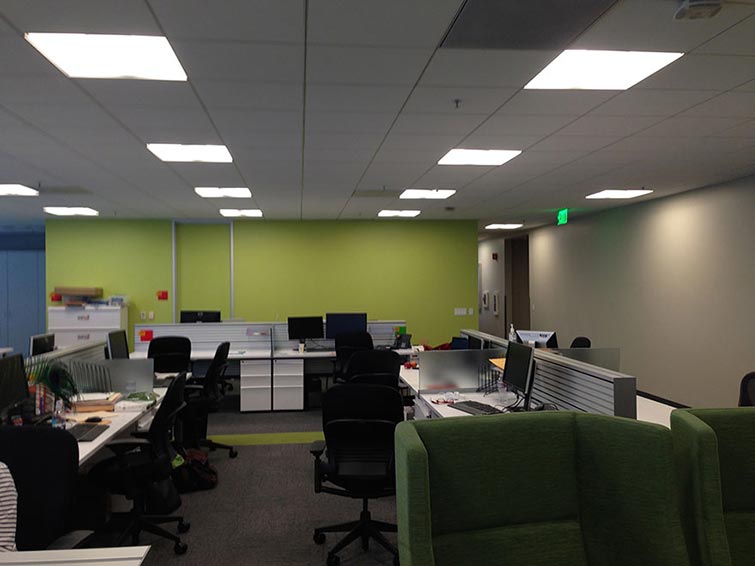 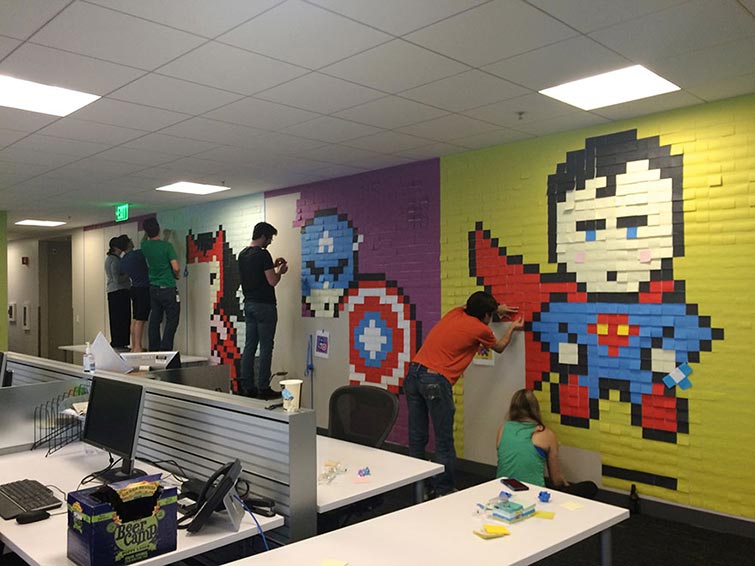 “Superheroes were the answer. I started working out the pixel grid and designing some characters”

“There are a lot of leftovers, and some colors from the packs were not used at all. I ended up purchasing about 9,000 post-its” 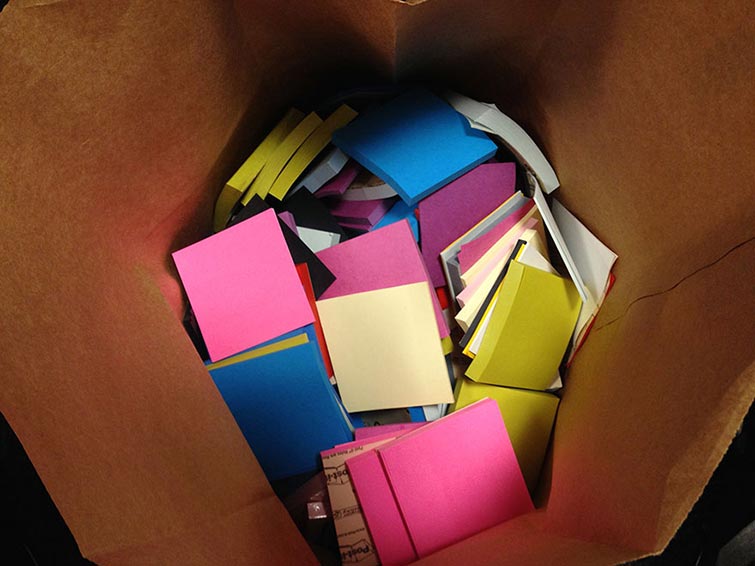 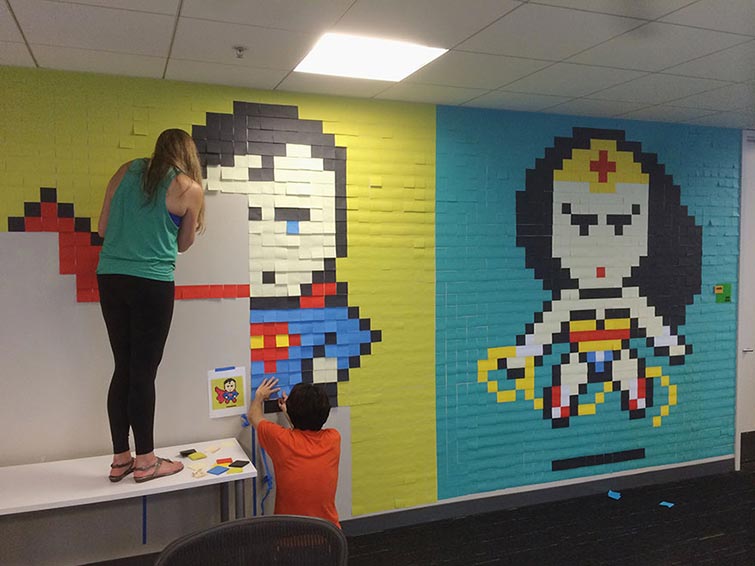