Chris Fox, an artist, was given the task of repurposing two timber escalator pairs that were originally installed in 1931 at Sydney’s Wynyard Station. They have been in service for over 80 years before they became a symbol of the city’s identity. Then, Fox came up with a solution known as the Interloop, that twists and resembles an accordion, that suspends from the ceiling of the station, carefully stitching together a total of 244 wooden escalator treads in a beautiful design.

The motion of the escalators will look stunning it also bears its mark as it was of great significance. This project forms the last part of the overhaul and facelift that the station was undergoing and it now has a larger concourse with better ticketing counters and improved ventilation. 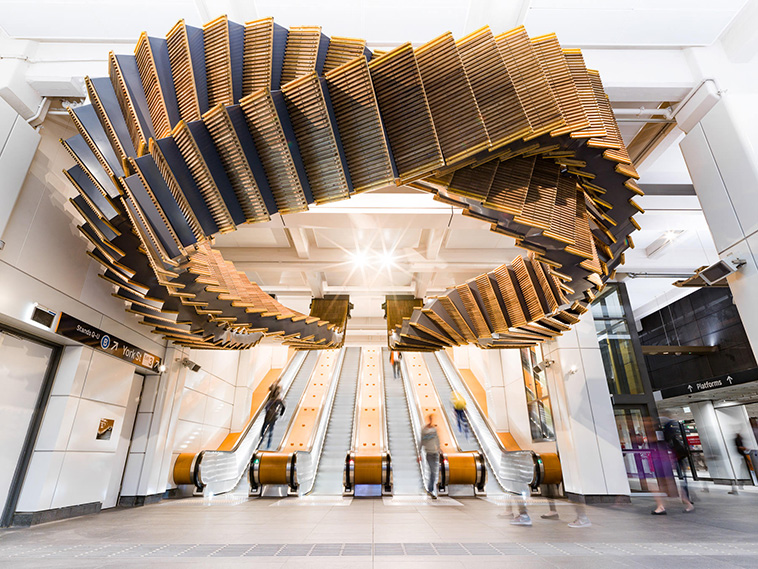 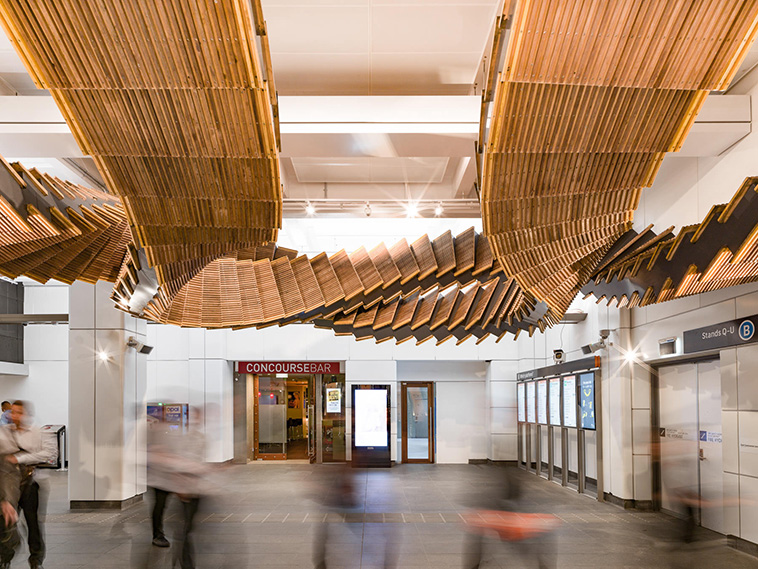 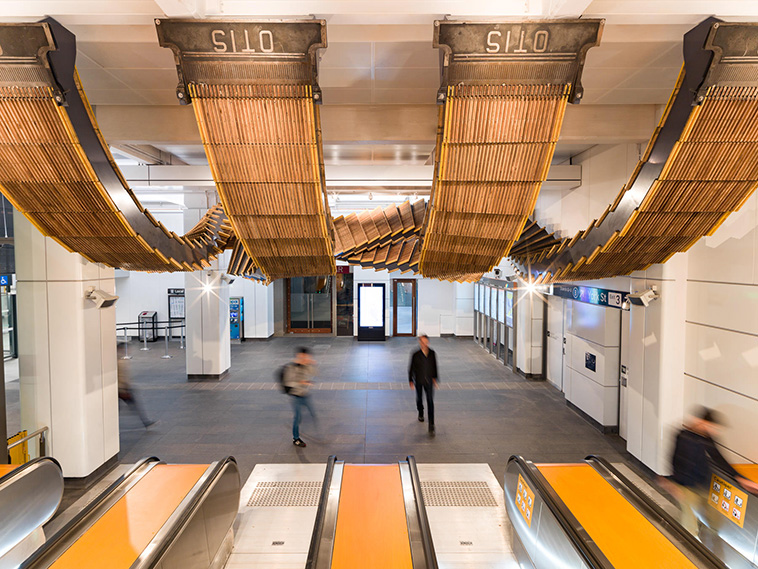 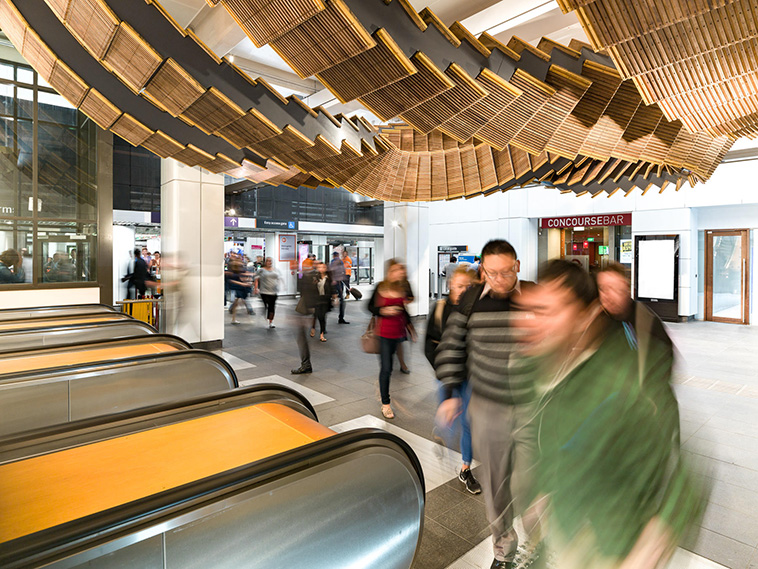 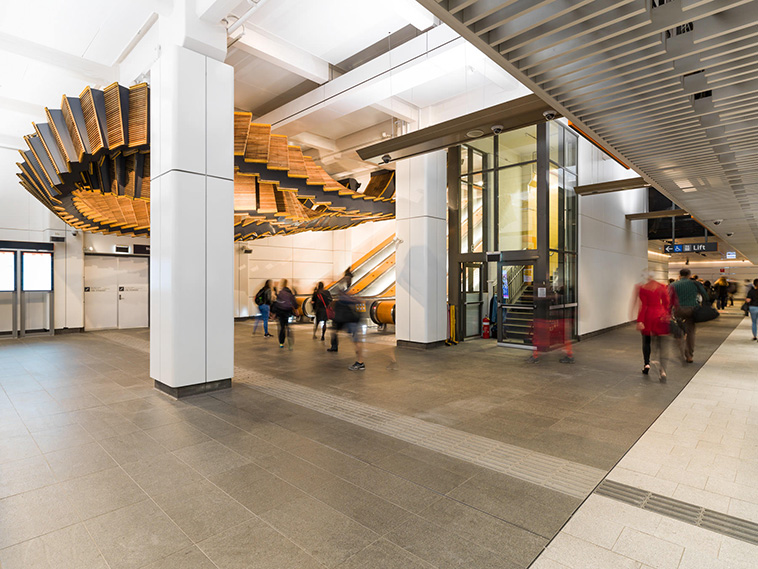 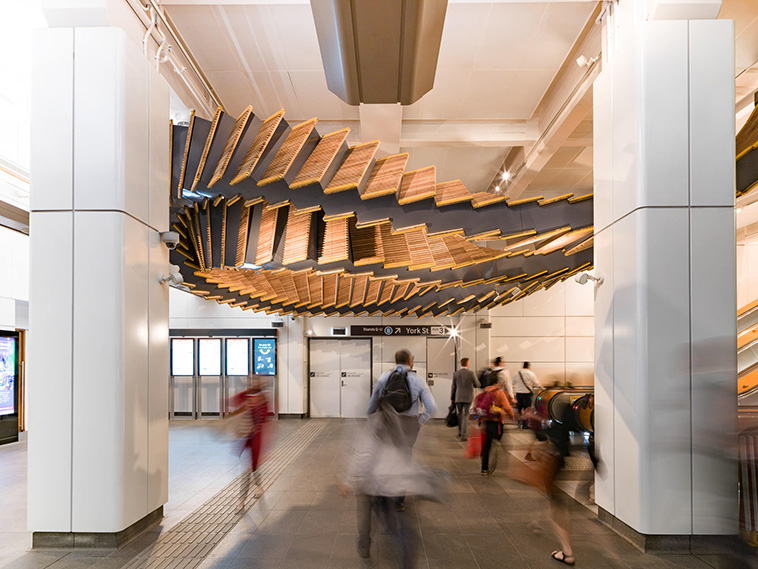 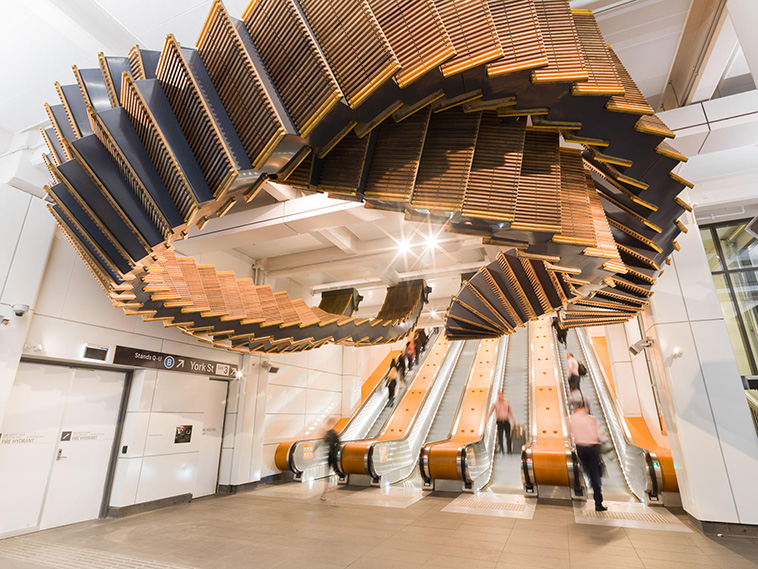 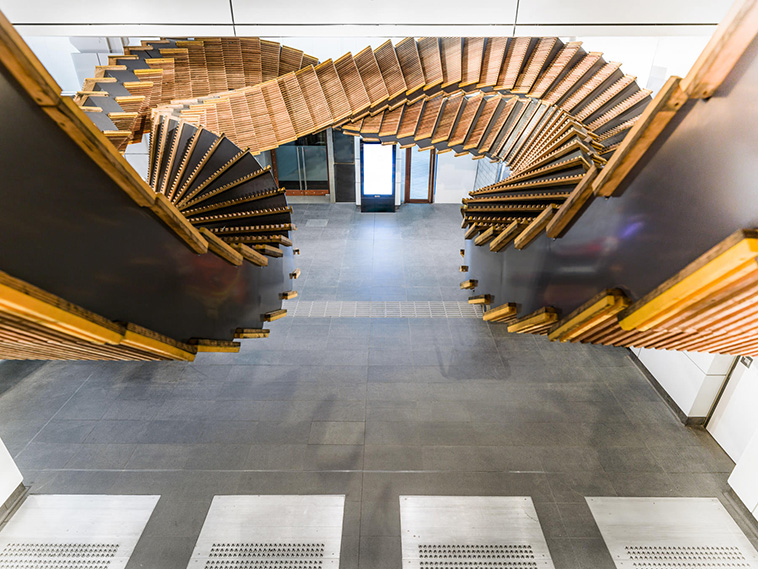