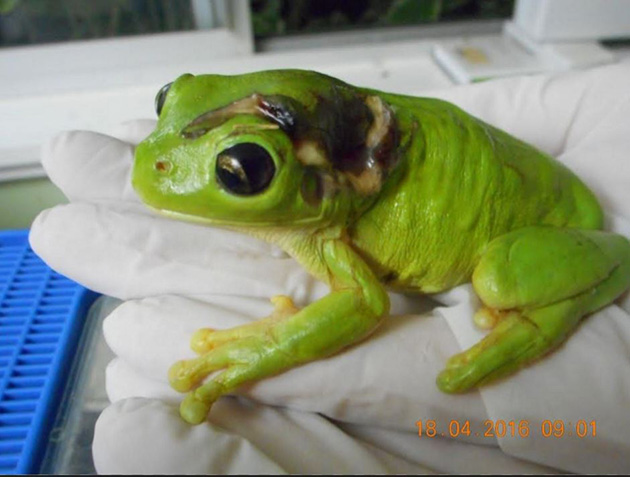 In Australia, green tree frogs are a rare species. That is why after an Australian woman from Mount Isa, Queensland ran over one of these frogs with her lawnmower she knew she had to take action quickly. The frog was still alive after being mowed over, but it was cut up and bleeding on the top of its head. The woman knew it was a rare breed and so she decided to travel hundreds of miles to the nearest veterinarian just to save the frog’s life. The hard part was getting the frog there fast enough. She knew driving would take too long, so she decided to arrange a special flight with the help of her niece. They arranged for a dog transporting group named Dogtainers to carefully package the frog and then got Rex Airways to fly it to Cairns which is the location of a special amphibian hospital called Frog Safe. 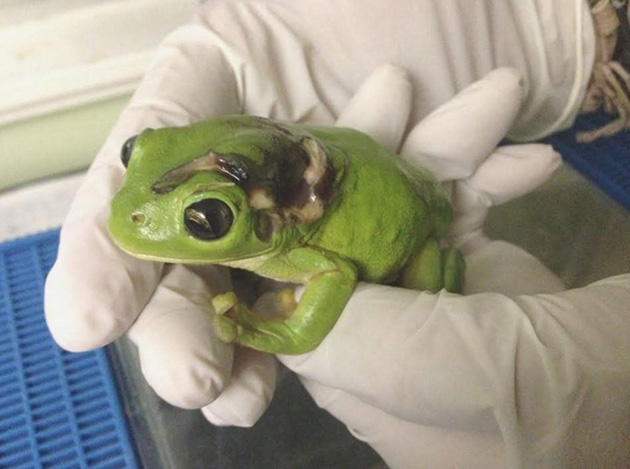 Once they arrived, a courier picked up the frog and transported it to a special amphibian hospital called Frog Safe. The staff at the hospital examined the frog and found that its wound was infected after its skin tissues were cut off from the lawnmower. So they gave the frog medicine to clear up the infection and now it is doing just fine. The wound has healed and is gaining more weight again. It has been deemed the luckiest frog ever. When the woman who saved the frog was asked why she would go through all that trouble just for one tiny frog, she said people need to be compassionate towards all living things if we are going to survive as a species. 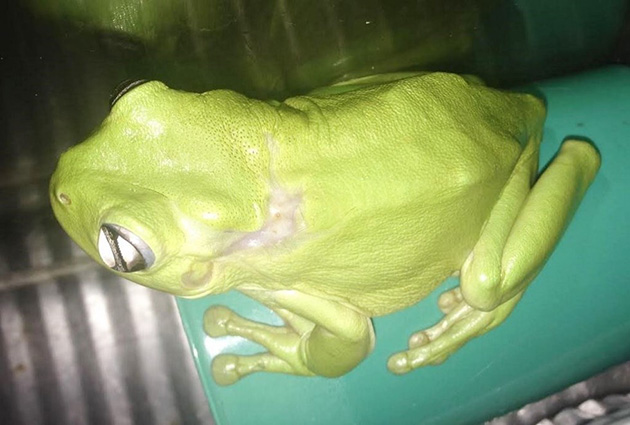