Most of the people have gone to zoos even if just for once. We see the animals in their places in the zoo but have you ever think of them behind the scenes? A Reddit user asked ‘Zookeepers of Reddit, what’s the low-down, dirty inside scoop on zoos?’ and here 30 of the responses that might interest you. 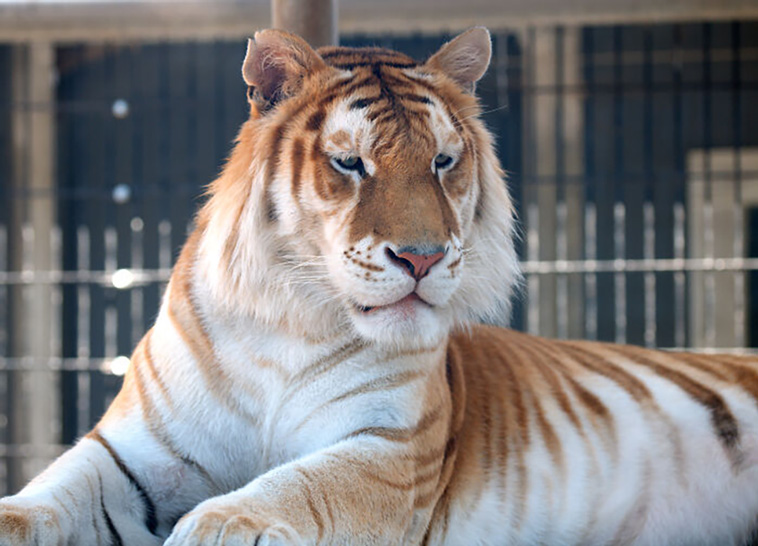 Ok, as is tradition, not a full zookeeper buuut…

When I was a teenager in the 90s, I did volunteer work at the Oakland zoo. There weren’t many of us, so we got to choose where we helped out, so I chose to work with Bhakti, the 32ish year old Bengal Tiger. Nearly oldest living in captivity when he finally passed. I chose him because he was beautiful, and he always seemed lonely.

He had pacing syndrome hardcore, so his entire paddock was green and lush except for the paths along the outer fence line and one or two diagonals he used to get into and out of his night cage. The keepers did their best with him, but had clearly written him off. He was grumpy, unsocial, hid from the public, swiped and hissed at keepers, and ignored all of the enrichment toys and food put out to keep him mobile.

They had a few young Siberians in quarantine already waiting to be put on display, they just had to wait for him to pass and the stubborn old cat lived to spite them.

He always started the morning by pacing his fence line, so I started pacing with him. No eye contact, no sounds, just walking back and forth for an hour or two.

After a couple weeks, he started chuffing at me when I arrived, so I learned how to mimic it to say hi back.

Another month, and he would actually break his pacing circuit to walk with me, jogging his ancient arthritic ass from wherever he was across the green sections to match me.

Poor guy just needed a friend. I still get a bit misty eyed thinking about him. Just a lonely old cat who had to spend the last years of his life basically alone.

Don’t get me wrong though, the keepers really did do their best, but they couldn’t spend all day with him like I could. They had many duties and creatures to care for and he had a really steep barrier to entry as a friend.

As grumpy as he was, I still think he was good people. 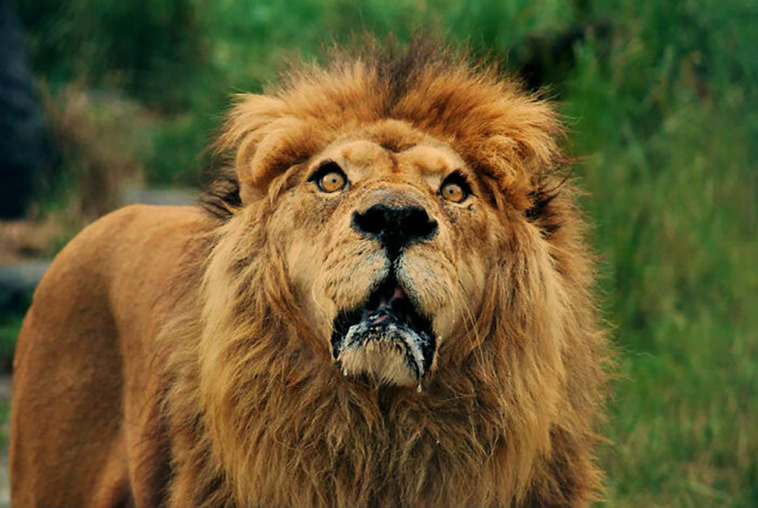 I used to volunteer weekly at a large zoo, and at one point, management started doing monthly dangerous animal escape drills. Someone would run around in a lion onesie and we’d have to react as if one of the large animals had escaped. It was hilarious, but one of the funniest things I was taught was that if an incident did occur, you have to tell the nearby guests to get inside only once. If, after that, they refuse to follow you indoors (the protocol was to hole up in the large activity center buildings), you’re to leave them there, go inside yourself, and lock the doors. It makes sense because people can be very stupid and you don’t want to risk everyone’s lives because of one Karen, but it amused me to no end that the protocol was to just let them get mauled. 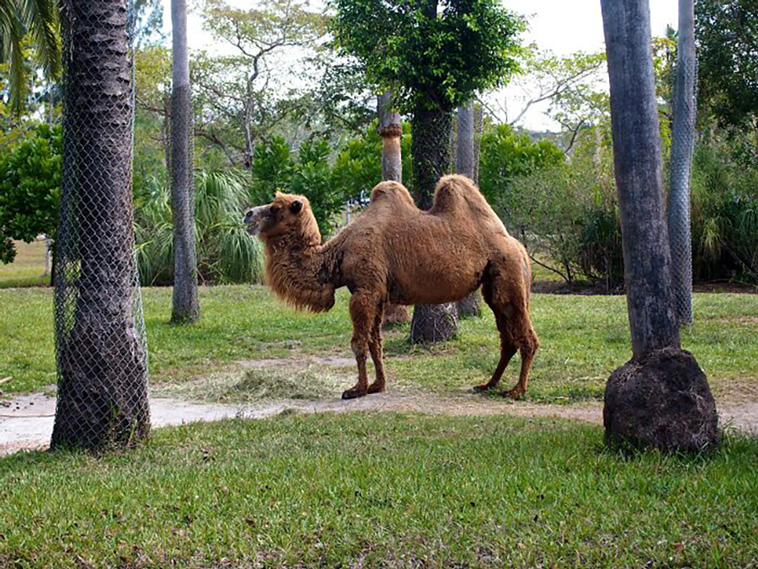 When I worked on the grounds crew at a zoo, there was a camel who thought it was hysterical to nudge people into the electric fence. When we would trim the moat around his enclosure, he liked to reach his neck out and hook you just hard enough to stumble and get yourself shocked. 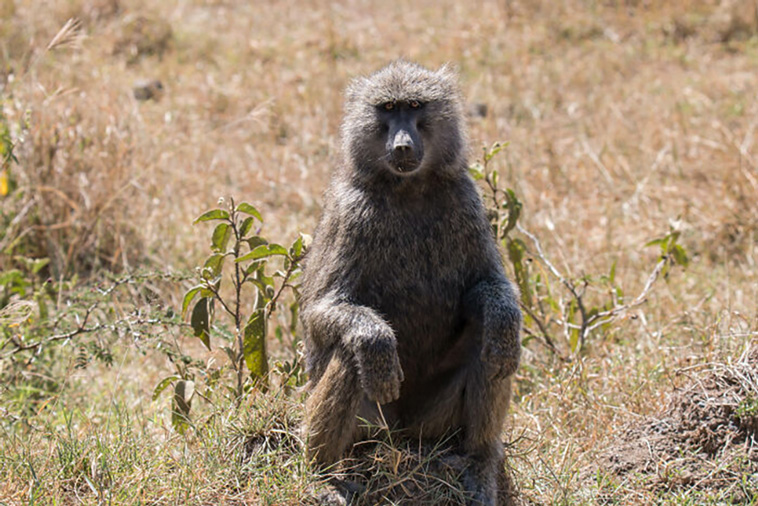 We closed the baboon exhibit because a baboon had a still birth and the troupe was “grieving”. 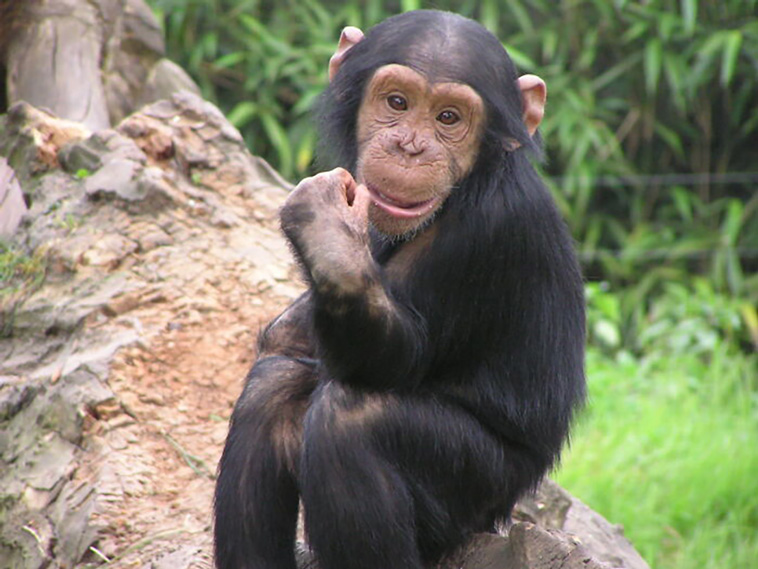 The most dangerous and feared animal in case of an escape is not, as you may think, lions, tigers, or other large carnivores. It’s the chimps. Those things will rip your arm off and beat you to death with the bloody end as soon as they look at you. 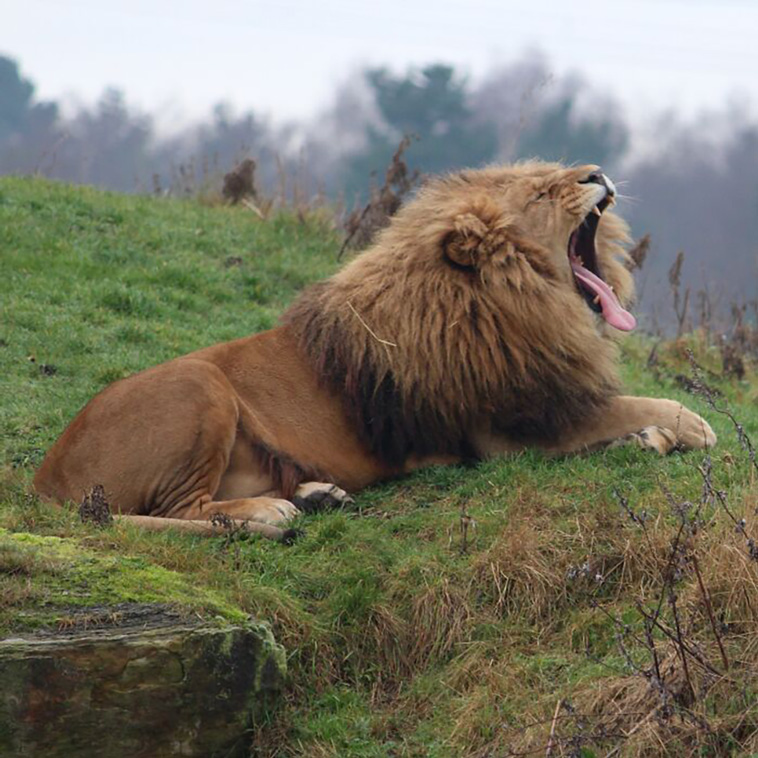 There was one particularly traumatic event with the lions on a very warm and very packed spring day. The zoo was inside a large park, so various wild animals wandered through the zoo all day. One unfortunate day, a large deer fell into the lion enclosure. The adolescent male stalked it and ran it down within about 30 seconds and tore the deer to shreds. In front of dozens of horrified adults and screaming kids. I felt kind of bad that so many people saw, but like, circle of life. 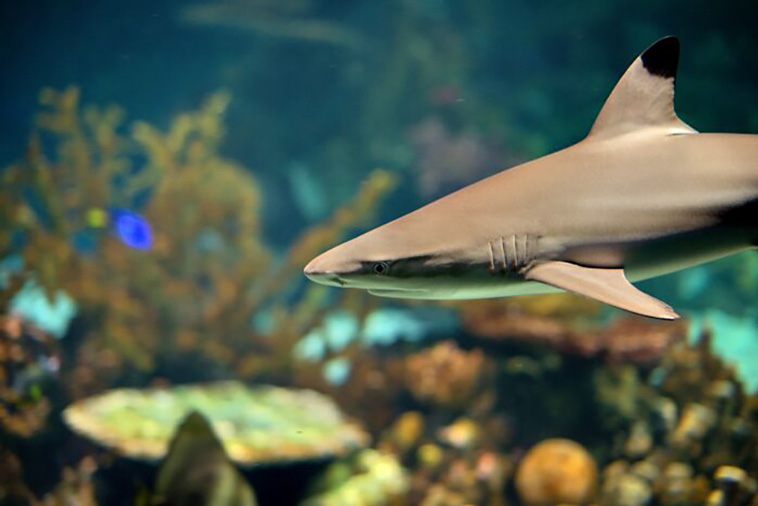 Aquarist of 10 years so I’m one of the people who reeks of fish all the time. Getting the smell of squid you’ve prepped off your hands is only possible with bleach.

Artificial insemination of large sharks (for the purposes of developing procedures for vulnerable species) is as “interesting” as you might think. One day our vet used a broken popsicle stick as a speculum on a blacktip reef shark and every female aquarist at the procedure collectively shuddered. Squishing sperm out by squeezing the claspers is…. oof.

When I started as an intern my supervisor said we are glorified janitors. People don’t realize how technical being an aquarist is because we care for the system that keeps everything running and all of the filtration. I know how to plumb, drive a forklift, and am great with all sorts of random tools. Between cleaning the filtration that collects poop and scrubbing algae out of my exhibits, I really am a fancy janitor.

The things people seem to find most interesting are 1. Fish (including large sharks) have complex behaviors and can be trained. The goldfish memory thing is a myth. 2. We can anesthetize fish (including large sharks) and keep them alive out of water. We pump water with anesthesia in it into the mouth, and it then runs out over their gills allowing them to take up oxygen and the anesthesia. You can do this while they’re up on a procedure table that looks like a human surgery table, so you can do whatever surgery or procedure is necessary. We give veterinary care to even the tiniest of fishes and invertebrates… their welfare is excellent.

The nastiest (and saddest) thing I’ve seen is necropsies on wild rehab sea turtles when they either died in the wild or we weren’t able to save them. Going through the intestinal tract to look for impactions (usually plastic like balloons) is especially gross and there’s a smell that never leaves your nose. Do everything you can to reduce your use of plastic and vote for things that will help our planet.

The tough part of the job is the interpersonal aspect. Managers used to be aquarists, and aquarists are animal people- not people people. People skills don’t come naturally and neither does managing. Coworkers can also be judgemental and toxic. Pay also sucks, and the job is completely exhausting mentally and physically. It isn’t unusual for me to walk 5 miles a day on top of diving for hours and climbing 50 flights of stairs. Then there’s the mental aspect of always worrying about your animals or if you made a mistake that could hurt your animals. It’s not a job you turn off at the end of the day.

That being said, the job is amazing. I’m a coral specialist, and caring for coral is like being an awesome underwater gardener. Getting paid to go open ocean diving, and to go to conferences in cool cities to share knowledge with others is super amazing. 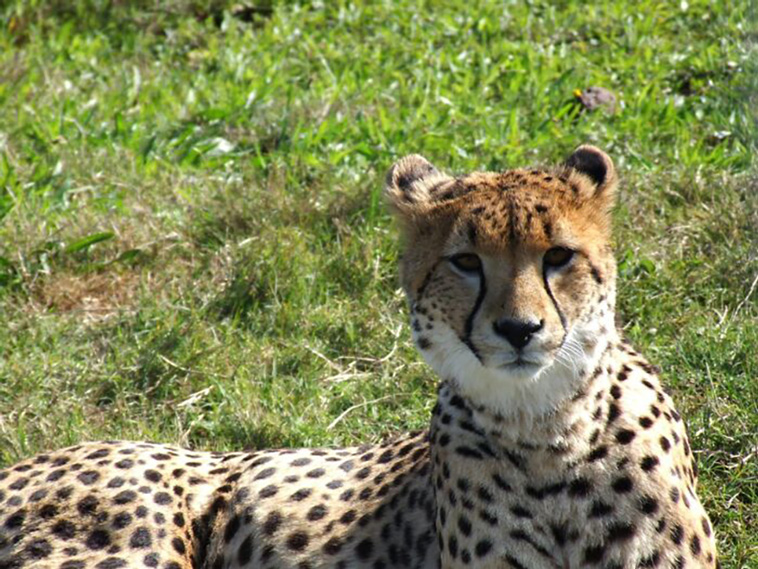 My wife was a zookeeper and I used to volunteer there a lot.

Most of zookeeping is just picking up poop and making/delivering food.

The animal that was was least scary was a cheetah. They were pretty cool ignoring everything as long as they had food. The most scary to me were the giraffes. Back then you went into the enclosure with them and they’d sometimes swing their heads around and try to hit you just to be pricks. You had to be careful. 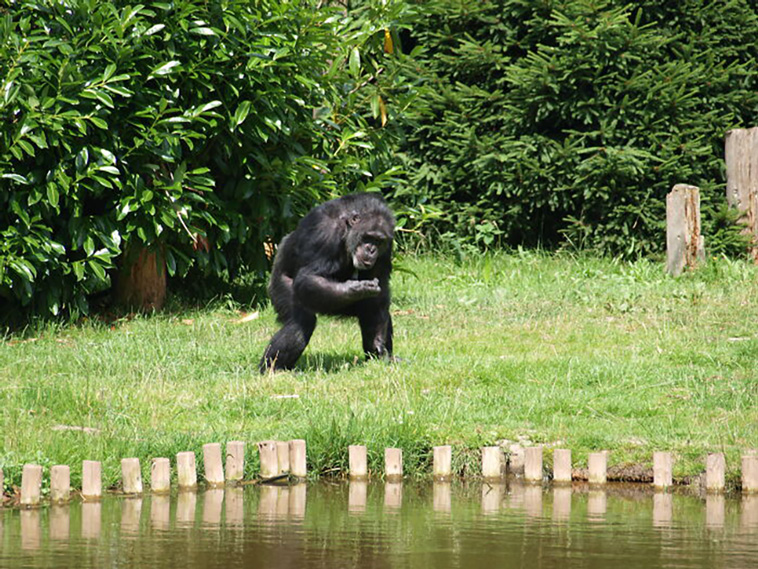 Animals sometimes kill other animals and there really isn’t much that can be done about it. I remember when a groundhog made it into a chimpanzee exhibit and the baby of the group found it. She caught it and played with it for a long time. Eventually, to keep it from running away, the baby beat it to death right beside the viewing windows. She then held it like a stuffed teddy bear for another half an hour, dragging it around with her when she went to forage. Mind you, this happened right in front of a group of school children. I was in the viewing area and a teacher/chaperone insisted that I “do something”. Like, what? Ma’am, that’s a chimpanzee; nobody’s doing anything.

The kids actually learned something on that trip to the zoo, though. 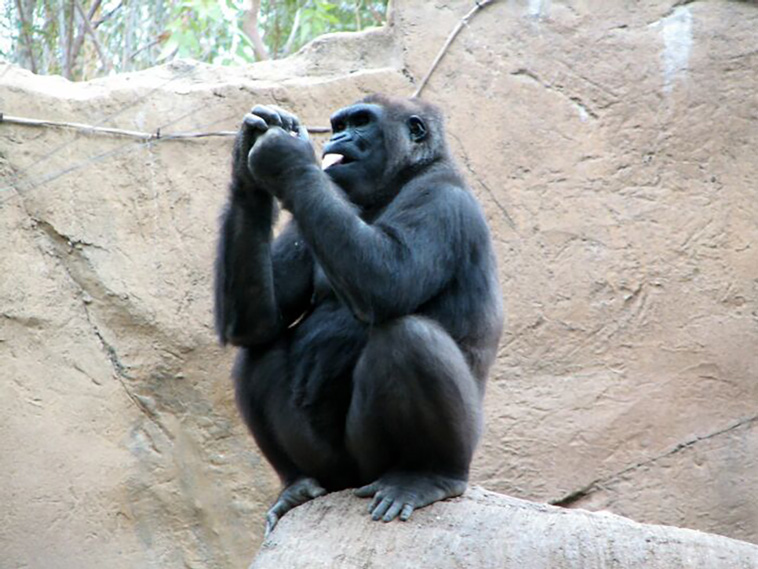 What do you want to really know?

Zookeepers are overworked, underpaid, and are constantly in a battle to prove their worth to seemingly everyone. We spend day and night (and sometimes overnight) caring for our animals often regardless of our personal lives because those animals deserve the best life possible and at the end of the day the most abused thing at the zoo is the Zookeepers themselves.

I had a guest tell me one day that they thought the gorilla would be happier dead in the wild than in his habitat while also knowing absolutely nothing about what is impacting gorillas in the wild. I’ve had parents point at me cleaning a habitat and tell their children “stay in school or you’ll end up like her”. In fact I’d say a decent percentage of guests in my 10+ years were extremely surprised to hear most Zookeepers have degrees/higher education.

Zoos need our support at the end of the day as they provide education and experience that can build empathy. We have to teach people to care and it’s hard to when sometimes things aren’t affecting the immediate world around us but is instead affecting someone else’s across the globe. Why is it important to recycle your old cell phones? It will reduce the need to mine for coltan, a mineral used in cell phones that can be recaptured in the recycling process. Less coltan mining = less loss of habitat for gorillas among other animals. Do you check the labels of items you buy for sustainable Palm oil? If not, you could be helping add to the destruction of orangutan habitat. Our actions matter, our choices matter, and we have to teach that.