In the 1950s and ‘60s, illustrator and futurist Arthur Radebaugh thrilled newspaper readers with his weekly syndicated visions of the future, in a Sunday strip enticingly called “Closer Than We Think”. The newspaper cartoonist dreamed up a madcap utopia, filled with flying cars and fantastical skyscrapers.

“Closer Than We Think” ran for five years in newspapers across the United States and Canada, reaching about 19 million readers at its peak. Enjoy these future visions, like mailmen making their daily rounds via jet packs, schoolrooms with push-button desks, tireless robots working in warehouses. 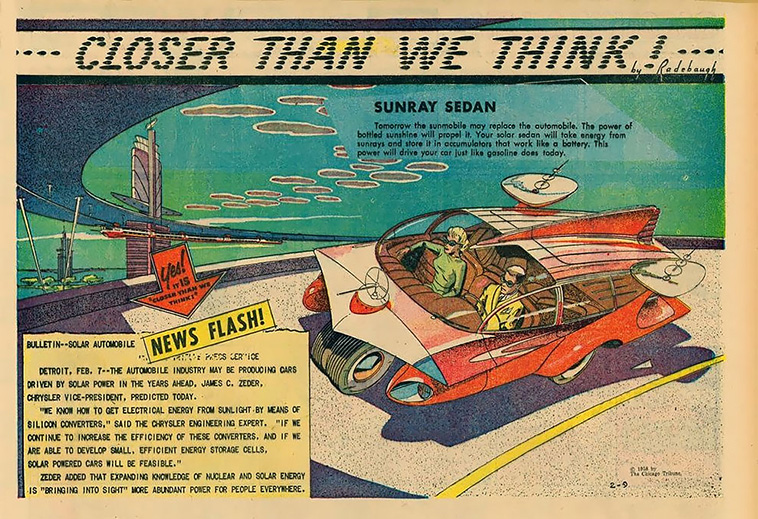 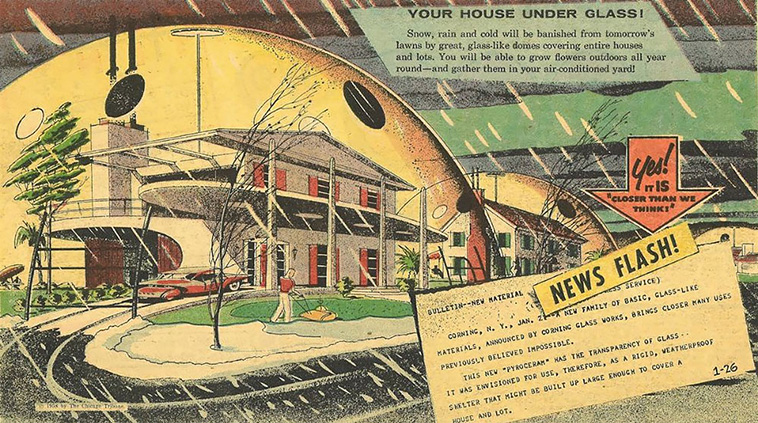 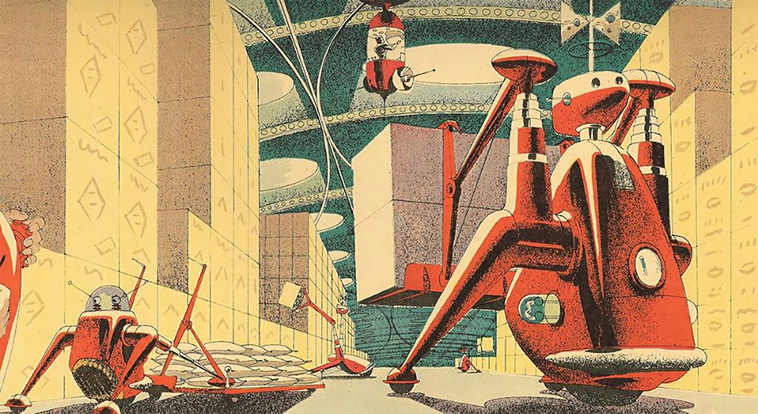 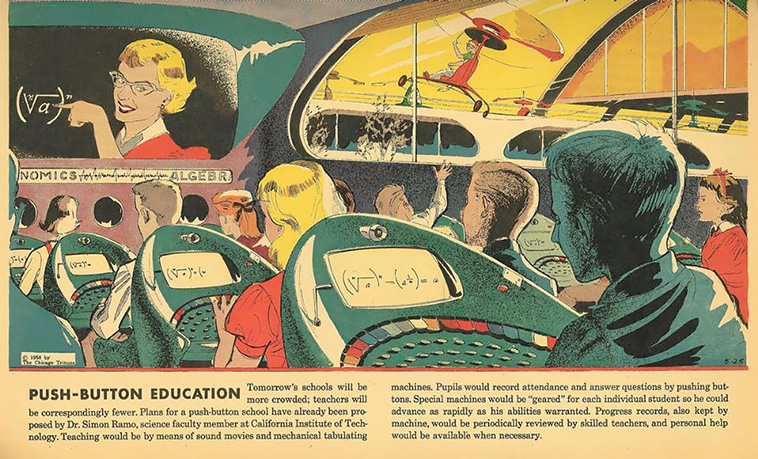 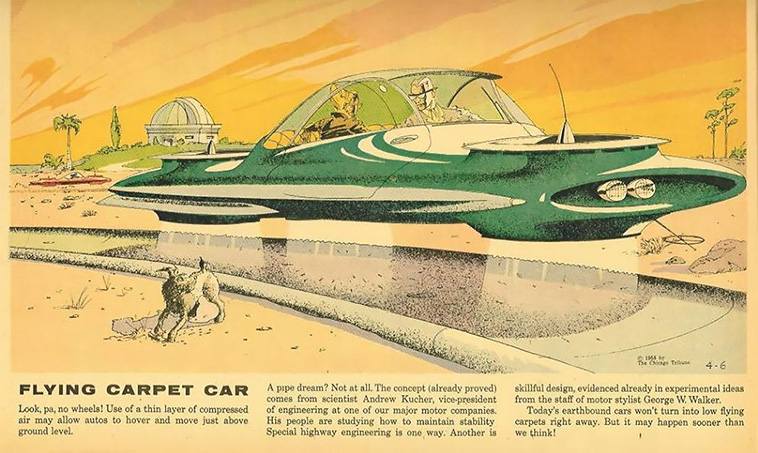 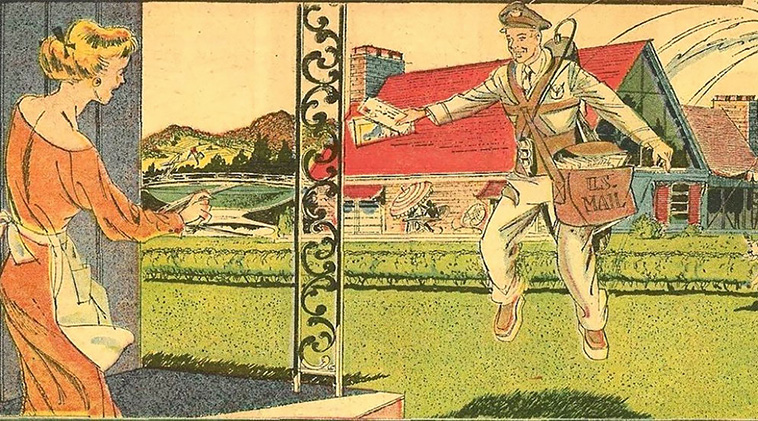 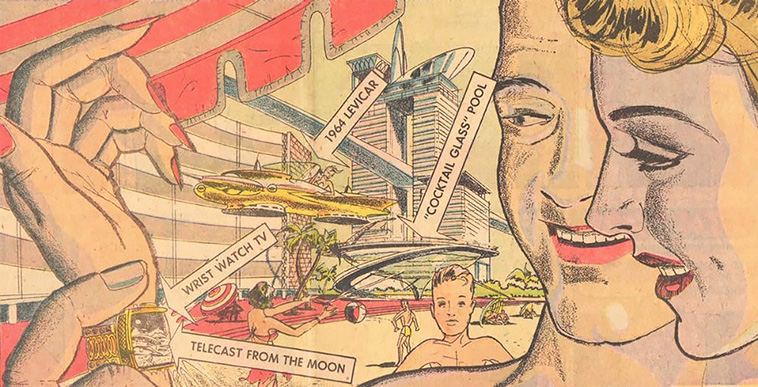 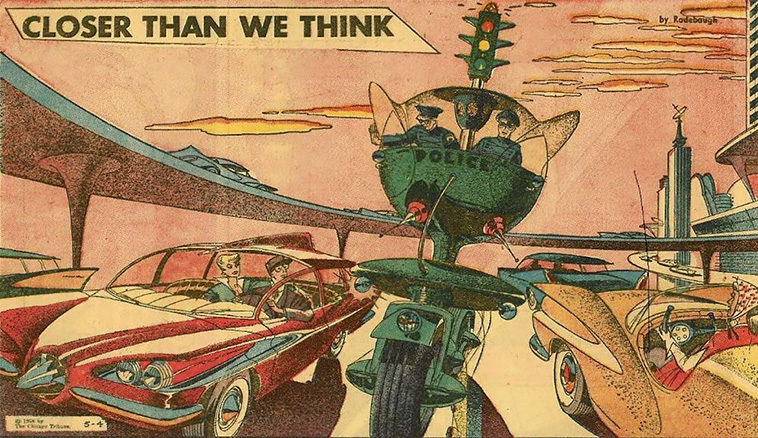