Rabbits bring certain connotations to mind. Soft, cute, and loveable, they are the very embodiment of a loveable animal that is totally harmless to people whilst carrying the reputation of being quite scared and nervous.

This goes well back into medieval times where their imagery would represent purity and innocence – but not all the time. Sometimes they were used as senses of humor devices by medieval artists creating drolleries (medieval margin illustrations). 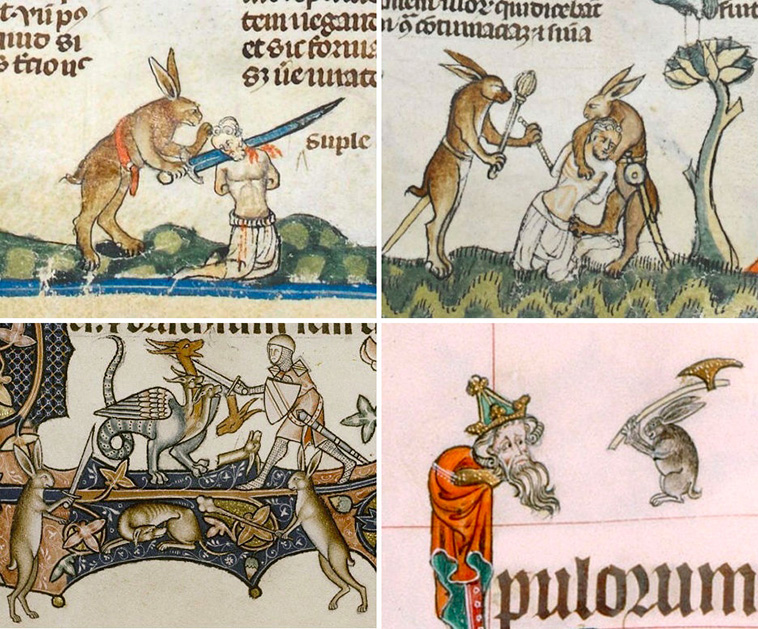 As shown in the images, you can see the rabbits performing all manner of violent acts, such as decapitation and fighting with a man. This turned out to be a form of role reversal which was deemed rather whimsical by the illustrators of the time – mainly due to the fact rabbits are perhaps the least threatening animal ever, so seeing them depicted in the complete opposite way was funny for many.

Plus those humans unlucky enough to feel the wrath of these vengeful bunnies could also be laughed at, so the illustrations were all about being light-hearted and in good humor.

Of course, for many, this harks back to a rather hilarious scene from Monty Python and the Holy Grail, which also happened to have a medieval setting! 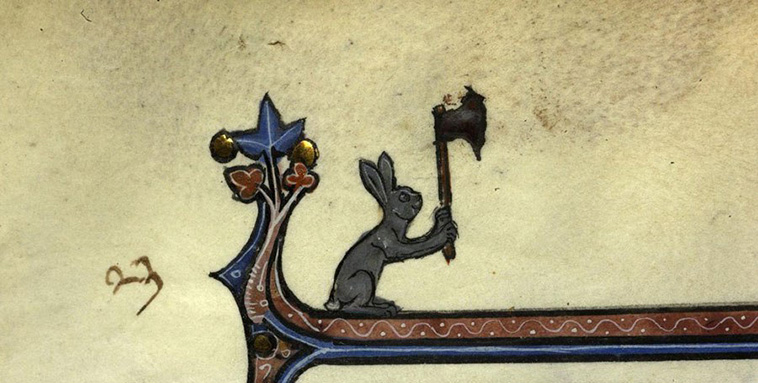 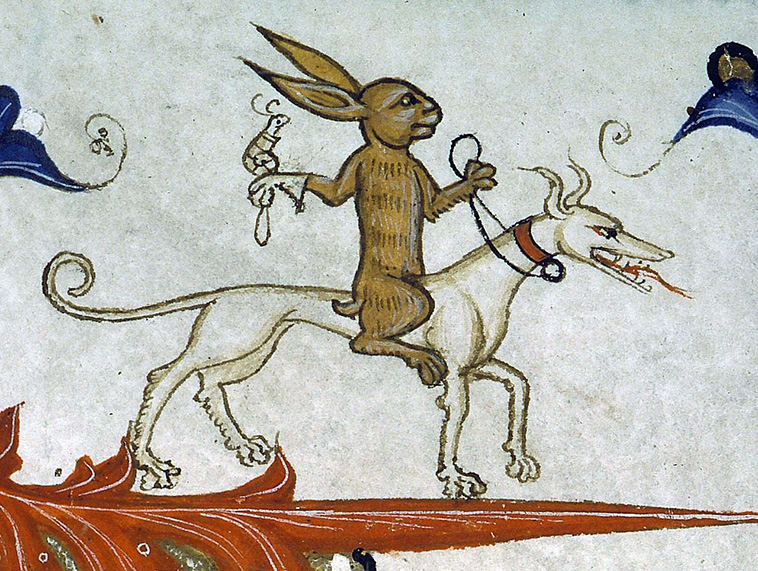 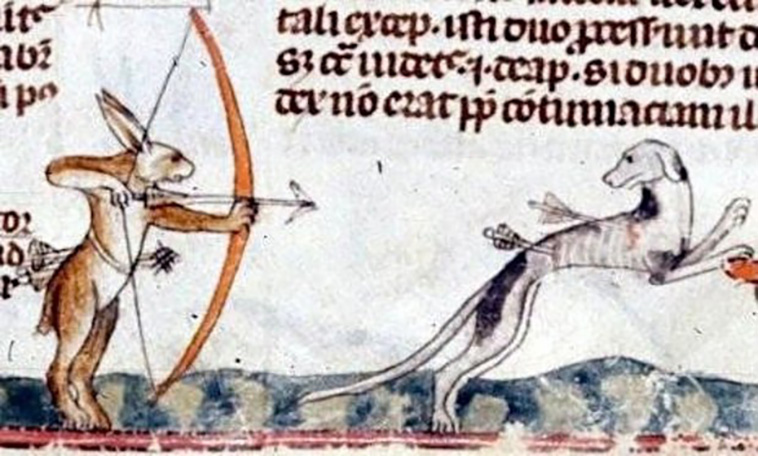