Dubai is not a city that shies away from ostentatious architecture, but the Rostamani Maze Tower may be one of the most outrageously designed buildings yet.

The building features residential and commercial floors (of which there are 56), reaching a total height of 689 feet! Renowned maze designer Adrian Fisher was recruited for the project by architectural firm DAR Consult, with the goal of creating a mesmerizing maze for all to see.
Upon the competition of the massive maze on the building, thousands of LED lights were installed to help enhance the striking visuals of the maze adorned to the side of the building.

Light programmer Rebeca Sanchez, who worked on the project, spoke of how it was “the biggest challenge I ever had as a light director.”
Thousands of LED strips were used on both the front and rear façades, with each one being wholly unique from the other. During the even in Dubai, the lights provide a stunning visual treat for passers-by, dancing and changing colour to help really make the building standout! 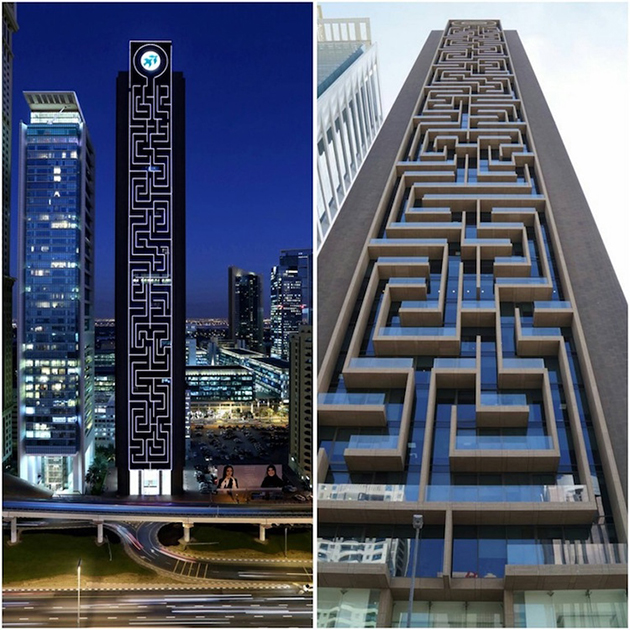 Can you solve this vertical maze? 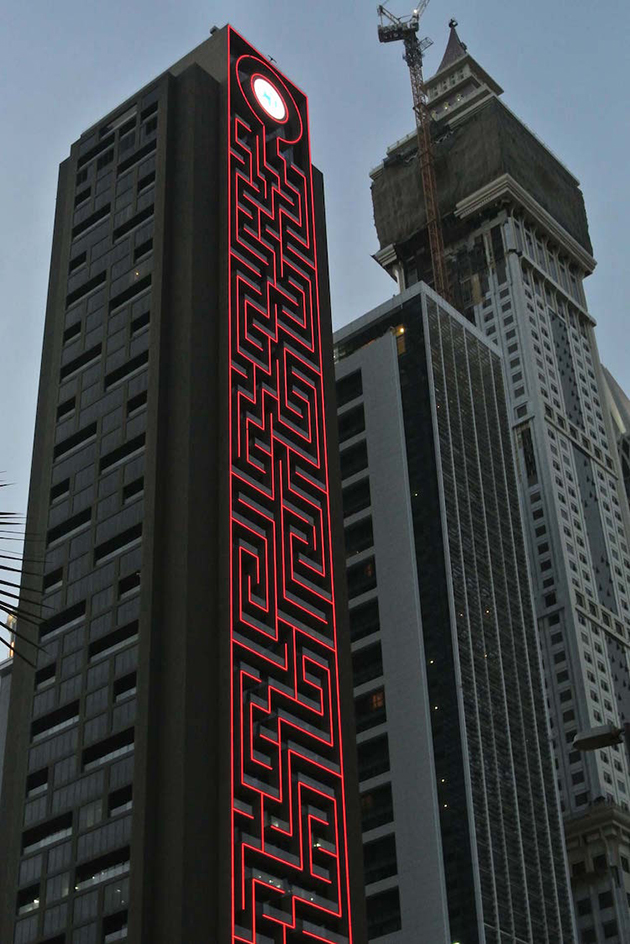 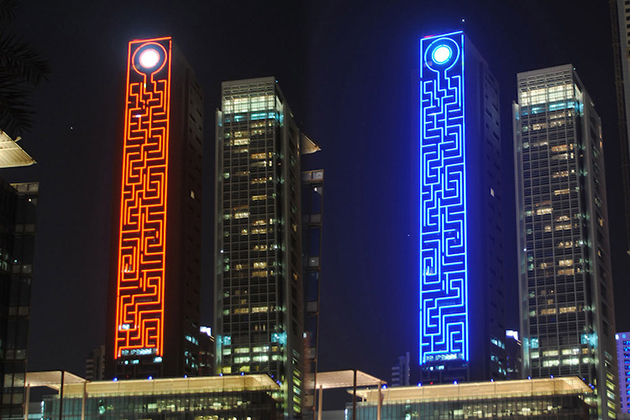 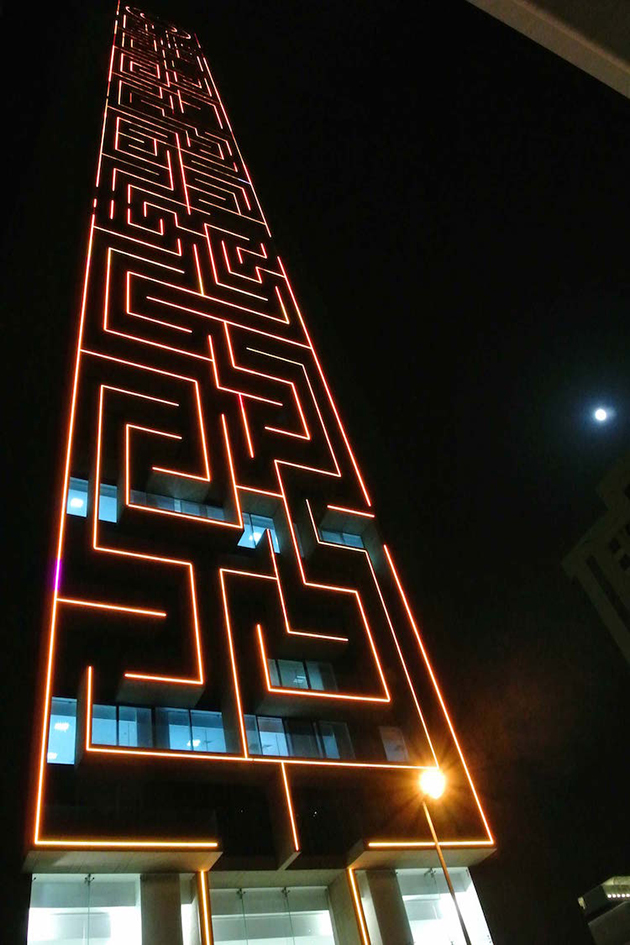