Vantablack is a term that not everyone is familiar with, but in terms of its significance, perhaps more people should! This is due to the fact that the material is known as the darkest substance in the entire world – it’s even The Guinness Book of World Records.
It has been constructed from miniscule nanotubes and was initially claimed to be able to absorb as much as 99.96% of any light that comes into contact with the material. 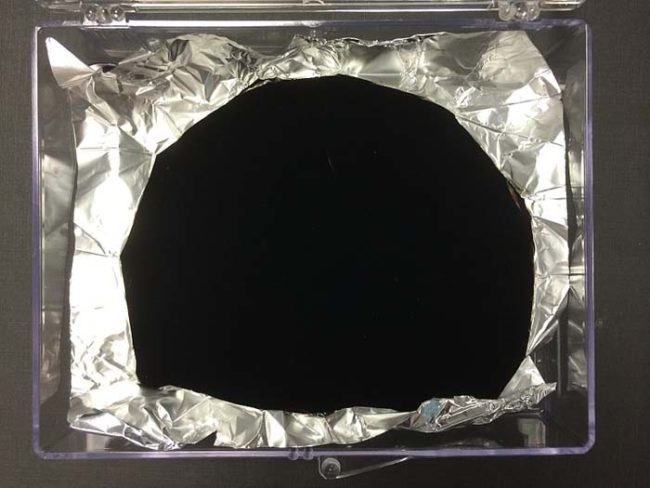 At the moment there is no production of the material for commercial use, with those that are allowed to study it requiring the authorisation of the company that made it.

I know that sounds fantastical, but after seeing a few videos of Vantablack in action, I definitely believe those claims.

Its main uses so far relate to astronautics and the military, such as absorbing lights when using telescopes to better see other images.

Because of this, Vantablack is currently not available to the general public. Anyone who wishes to come into contact with the material must be cleared by the manufacturer.