Bubbles The Elephant & Bella The Dog

Bubbles, a resident of Myrtle Beach Safari in South Carolina is an African elephant rescued from poachers. Bubbles was just 300 pounds, at her initial arrival from South Carolina, but now weighs 9,000 pounds. Her size, however did not mean anything to her as Bubbles derives pleasure in keeping her friends on the lighter side. Bubbles finally meets her new friend Bella (a black Labrador) when a river was added to her home. Their friendship grew so rapidly that they are now inseparable. These days, while Bubbles throws, Bella catches– exactly as most dogs LOVE doing. My dogs are now jealously in search of an elephant friend. 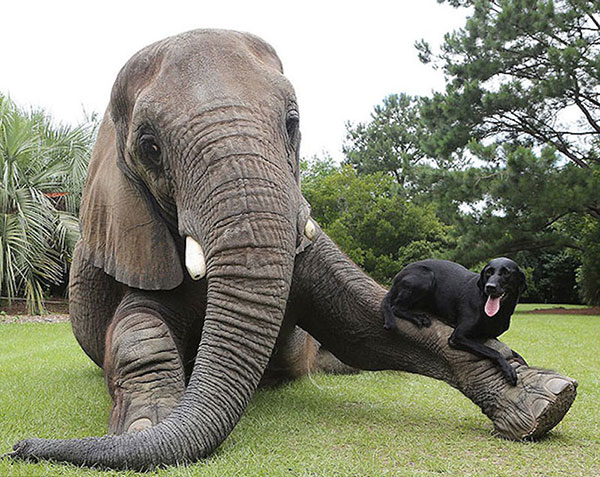 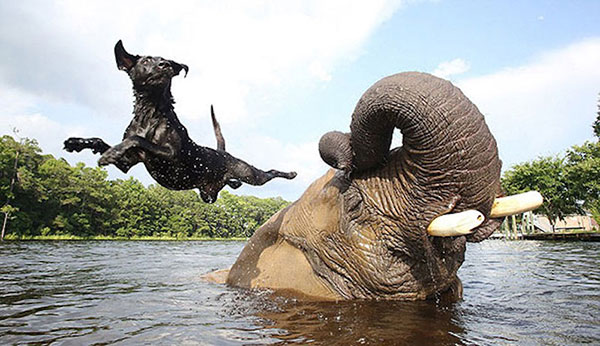 Torque the Dog and Shrek the Owl

This type of biscuits and gravy friendship between Torque and Shrek made me to conclude that not all dogs would hurt a bird, chase it around, may be gnaw on it with their sharp teeth. At just 6 months old, Torque became buddies with Shrek. 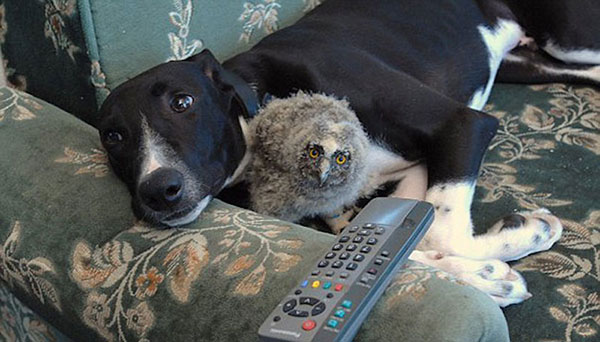 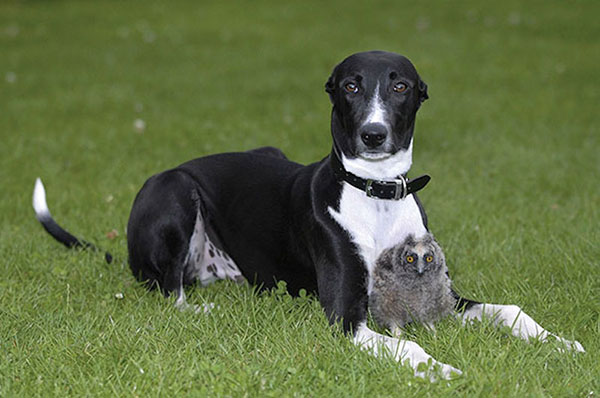 Their resemblance will definitely get you confused, while Sniffer (the smaller fox) is a wild fox, Tinni is a domestic dog belonging to Torgeir Berge. He says Sniffer and Tinni both met neer their home in the Norway forests. Torgeir gets himself busy taking snap shots of their togetherness when whenever the duo hang out to stroll! 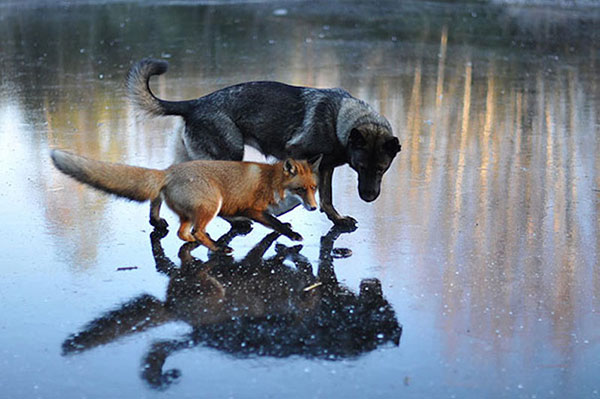 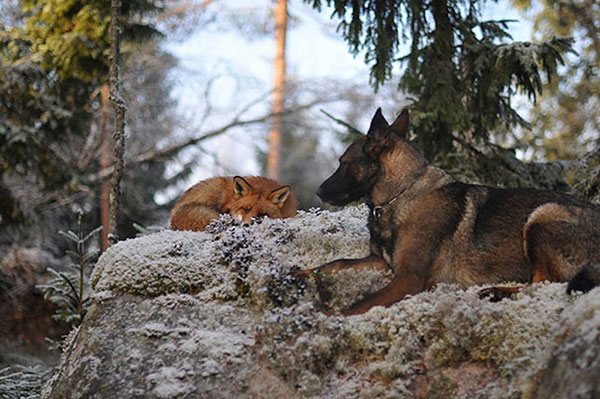 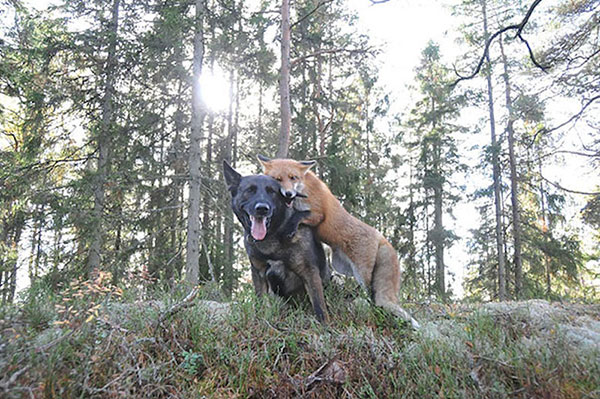 Fred the Dog and Dennis the Duckling

You wonder how this labrador is gentle enough to make friends with a duckling? Hear this- After a fox ate up Dennis’s mommy he became a hopeless and helpless chick. The owner of Fred, (Jeremy) rescued Dennis, not knowing that his dog would be the biggest help of all. Ever since Dennis has rescued, Fred has taken the chick to be his very own best friend under his wing. How cute! 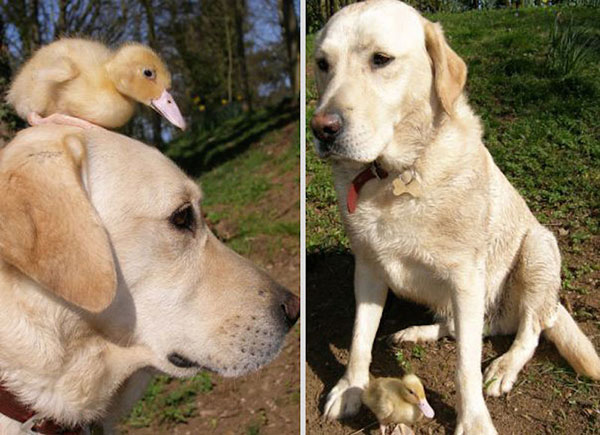 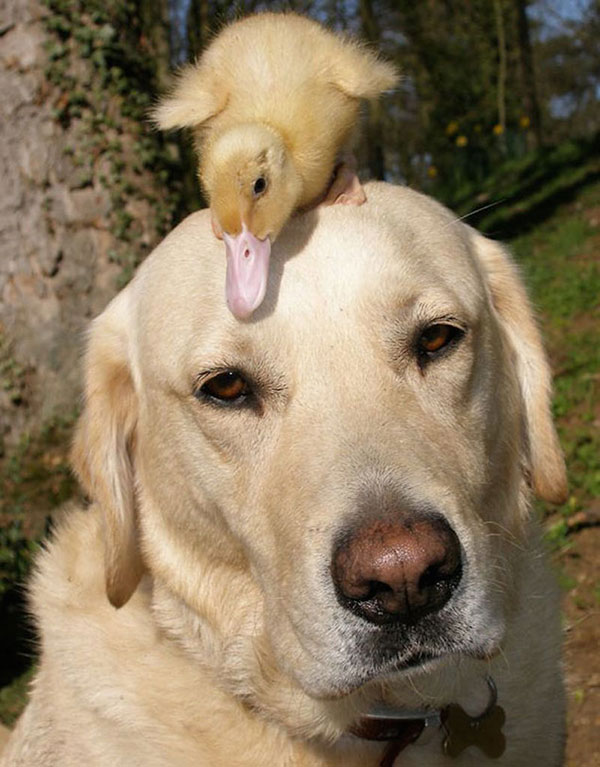 Milo the Dog and Bonedigger the Lion

If truly they are ferocious meat-eaters, this 500 pound beautiful beast’s name may not have been globally heard of. Bonedigger’s five years of quality friendship with Milo began after the diagnosed metabolic disease that partially disabled the lion, Milo took the lion under his tiny tail. 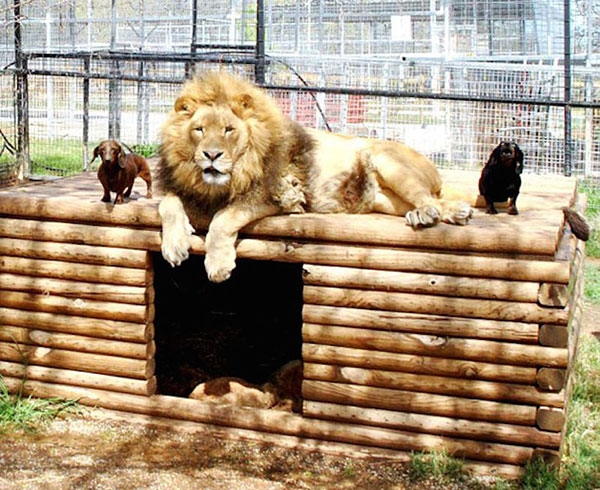 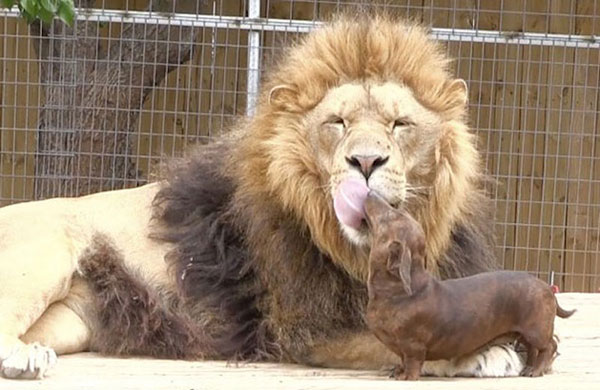 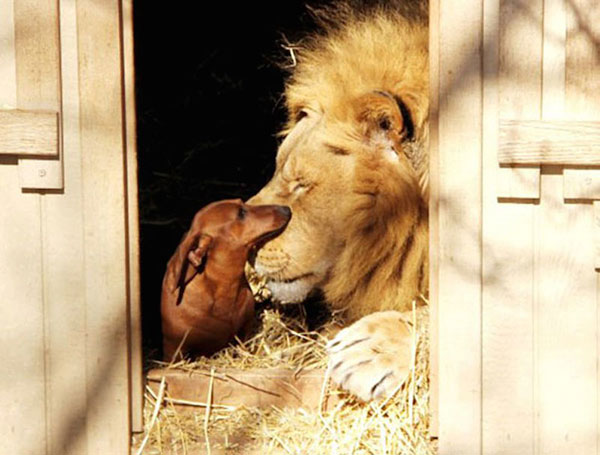