This Uber passenger stole money from the driver’s tips jar and ran away. She was caught on camera in the act of doing it and was reported to Uber using dash cam video as proof. 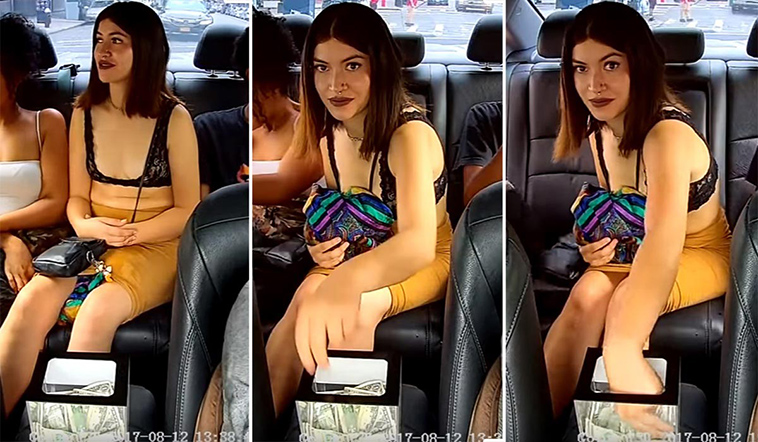 Stealing tips from anyone is awful thing to do, but this woman went too far and isn’t even ashamed of her act. She didn’t care how it made her look as she had no problem stealing her Uber driver’s tips.

The incident occurred in New York City on August 12, 2017 and shows Uber driver driving around three female passengers, with one of the passengers wearing only a bra. She shamelessly sticks her hand inside the tip box, looks directly at the camera in the car while doing it, takes the cash and runs off. 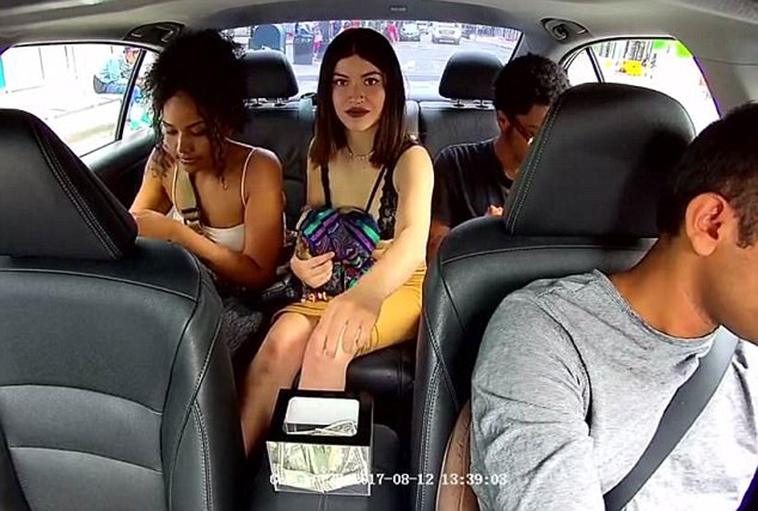 Understandably, the Uber driver is in shock after this thief stolehis tip money, while showing apparent disregard for the surveillance camera taping her. This footage clearly shows the moment when this woman reaches out to grab the cash from the tip jar set up on the center console.

The driver didn’t expect anything like that to happen and is seemingly unaware of what is happening until moments after the woman leaves, when he seems to spot the empty jar out of the corner of his eye. 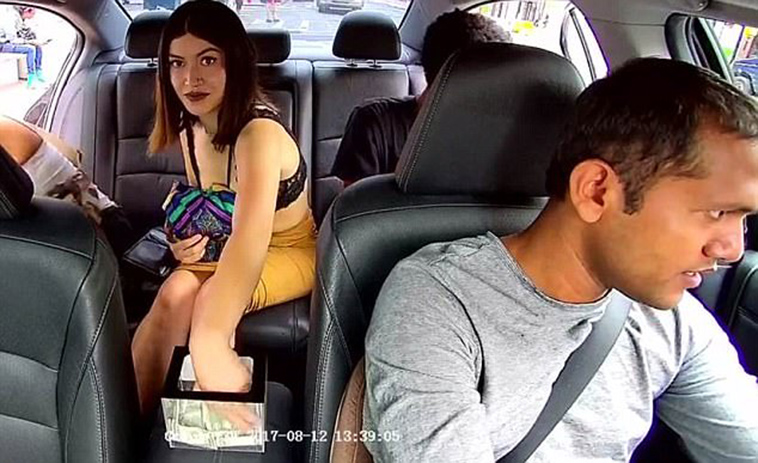 This alleged thief was identified as Gabrielle Canales, who calls herself Gabita on social media, after the footage of her stealing cash from driver Mohammed H. Bhuiyan’s tip jar went viral.

The drive was too busy to file a police report, but Uber reports that the woman has been banned from ever using the service again.