If you are not a fan of President-elect Donald Trump, then you’ll want to try this new extension for Google Chrome that turns all pictures of Trump into pictures of kittens. In other words, when you come across a webpage that displays an image of Trump’s face in your Google Chrome browser, the extension called “Make America Kittens Again” will detect that it’s his face and will automatically replace the image on your screen with an image of kittens.

The extension is available to download from the Google Chrome extension catalog. However, it’s still in its early stages so it may not detect every single Trump image. But hey, go ahead and give it a try. 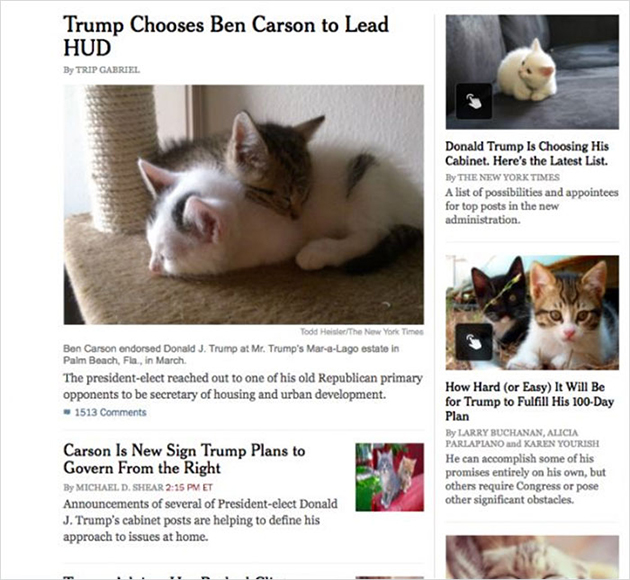 You can get the extension HERE 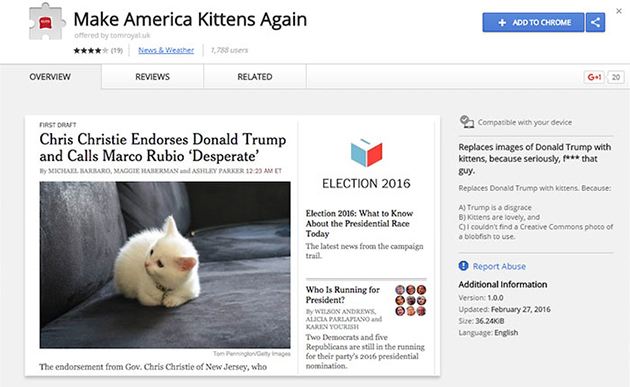 Voilà! The Internet is pawsome again! 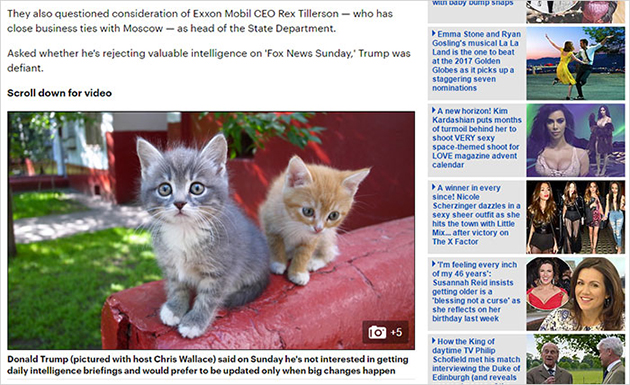