Beating all odds, Timur the goat is still alive even after he was meant to have been live food for his good buddy, Amur.  The goat was thrown into the cage some time ago, but Amur the tiger decide not to kill this innocent goat unlike days before with other animals.  Tigers attack their prey because they sense fear and weakness in the other animal, therefore making it accessible to them  Timur was not raised to fear tigers, so he simply thought Amur was his new buddy  To this day, he is still friends with the tiger who was supposed to end his life. This has attracted all sorts of media attention and live stream cameras were put up to ensure that everyone who wanted to watch could do so.  This friendship has stretched much longer than anyone could have predicted and everyone is waiting with bated to see if Amur is going to snap or not.  Only time will tell. 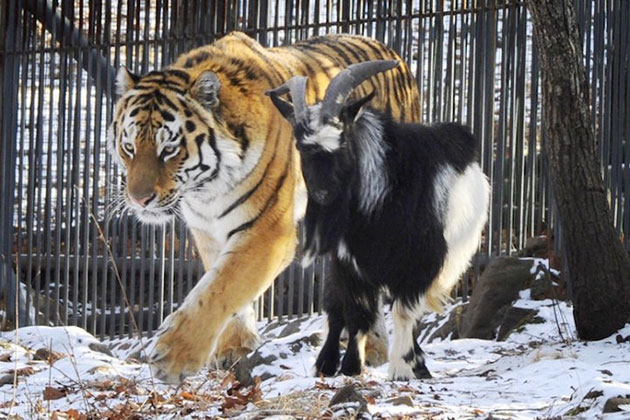 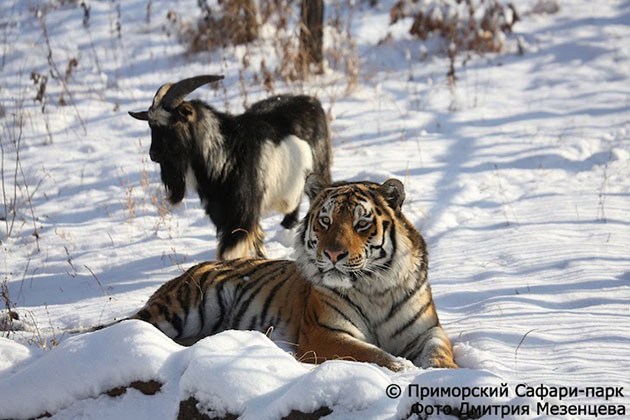