We’ve all seen the commercials that talk about how their particular brand of plastic bottles is great for the environment because they use less plastic and it biodegrades faster, but the thing is that even that plastic is still terrible for the environment.  It takes hundreds and hundreds of years to break down, and we only use that plastic bottle for about ten minutes.  Doesn’t seem fair, does it?  Well, it goes worse.  Plastic is turning out to have very dangerous effects on us as it infiltrates our environment year by year.  I think we’d all agree that something needs to be done.  Lucky for us, there is a scientist by the name of Cristian Ehrmantraut that is battling the plastic with an invention idea that he hopes to make into a reality in the years to come. Essentially, this invention is a floating platform that will sit in the ocean and filter the water as it goes through, picking the plastic out of it so that the water on the other side is fresh and clear of plastic that does so much harm.  In simple terms, Ehrmantraut’s invention will be dialysis for the ocean.  You may be thinking, “sure, sounds cool, but so what?”.  The thing is, a lot of people don’t realize how much of a damaging effect that plastic has on the ocean as well as in our daily lives. Most plastic that is thrown away ends up in the ocean on one of the several “garbage islands” that are growing (literally and figuratively) in popularity.  These large floating mounds of garbage are floating around the ocean and, since it can’t possibly support all of its weight, pieces break off and drift away into the ocean and go from ecosystem to ecosystem.  This mounds of garbage have no tracking device or anything of the sort to monitor them, so they essentially just float around, though people are quick to remind us that they are all located between the continents, with the exception of one that is floating close to Alaska. 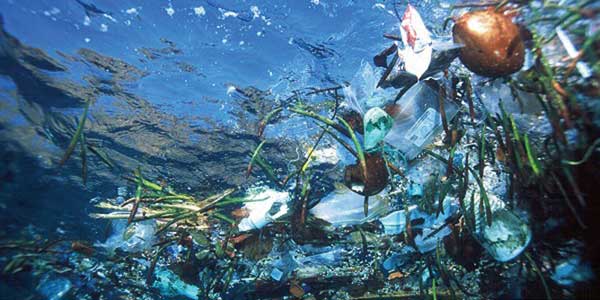 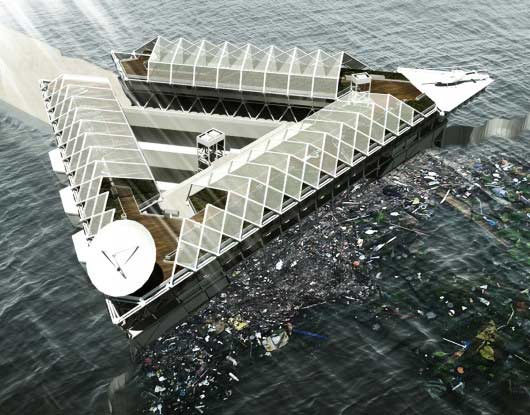 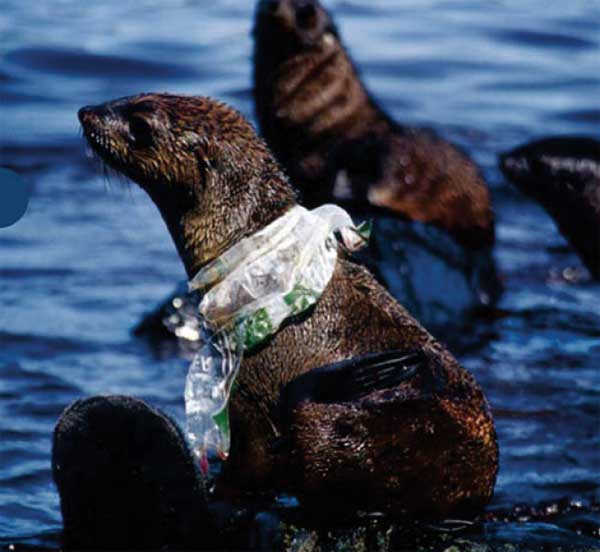 The floating garbage is destroying the ecosystem from the lower levels up, and eventually it will affect us as well.  For example, there is an insect called Halobates that flourishes in these garbage mounds, and lately the garbage mounds have been so big that Halobates have been eaten more zooplankton than they should be (due to their easy living environment) and this level of the food chain is getting completely annihilated.  This will impact every creature (including us) in the food chain, so we can see how these garbage islands are going to have a lasting impact.  It seems ironic that plastic has so many positive effects on humans, including a longer life span, but the accumulation of these mounds of plastic is going to be what wipes us out in the long run. 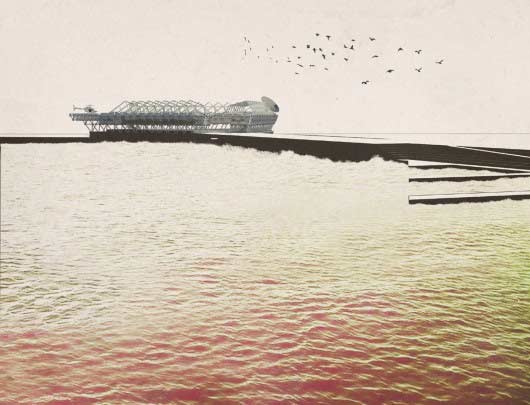 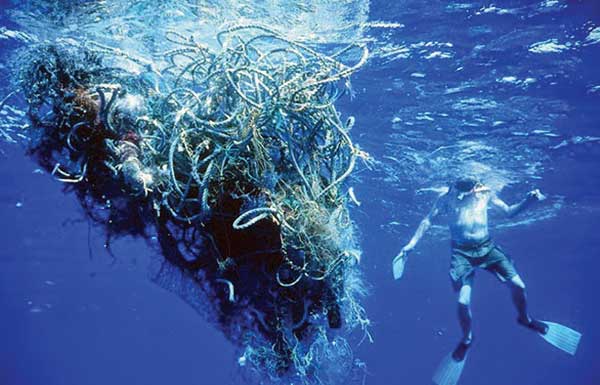