Albino animals are enchanting. You may have seen albino whales, penguins, giraffes, and zebras. Albinism in turtles is often different than it is in birds, mammals or even humans. If you expect it to be white when you heard the word albino, this is not true!  Albino turtles tend to still have one pigment present in their bodies. As such, they can appear to be yellow or red, instead of just white. Albino turtles have red eyes and orange-tinged skin and shell, they are an incredible sight to behold. Their red eyes and orange-tinged skin and shell make them an incredible sight to behold. 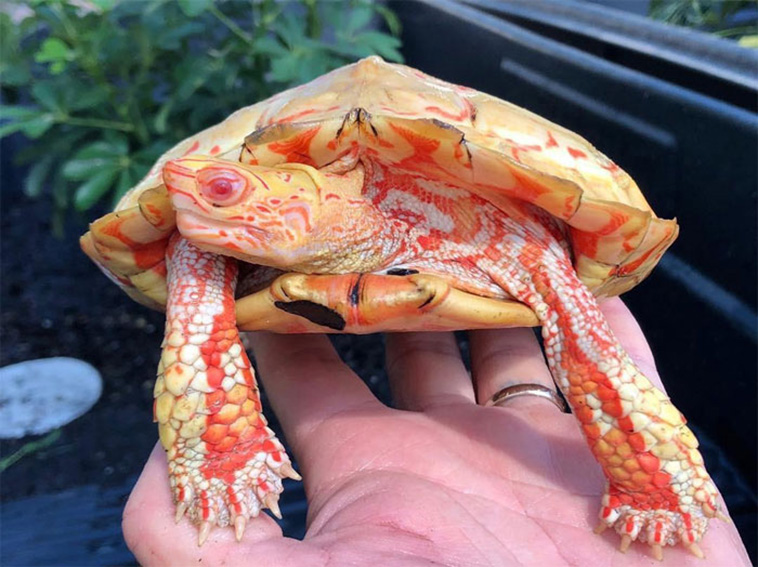 Despite their seemingly mystical appearance, life in the wild doesn’t come easy for these creatures. Their unique appearance also leaves them incredibly vulnerable. Unluckily, turtles with albinism have a shorter lifespan than normal turtles.

Several years ago an albino pink belly side neck turtle was born with her heart beating outside of her body. Appropriately named Hope, she became an online sensation and continues to thrive thanks to the care of her Mike, who posts updates about her progress on Instagram. He said about his first reaction “I was immediately in love. It was like seeing something that I couldn’t have ever imagined to exist.” 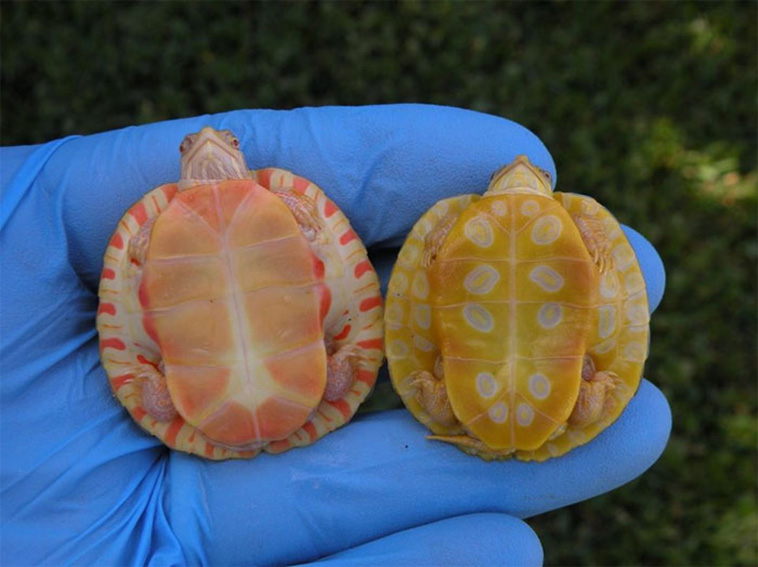 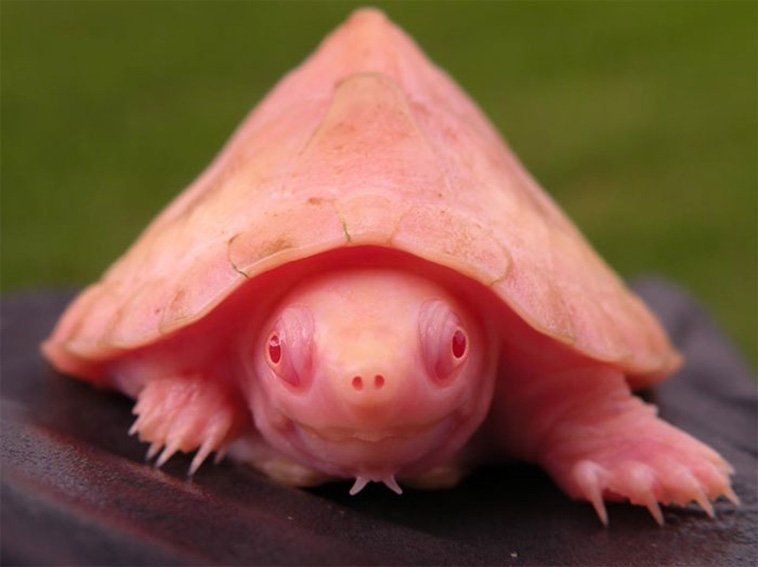 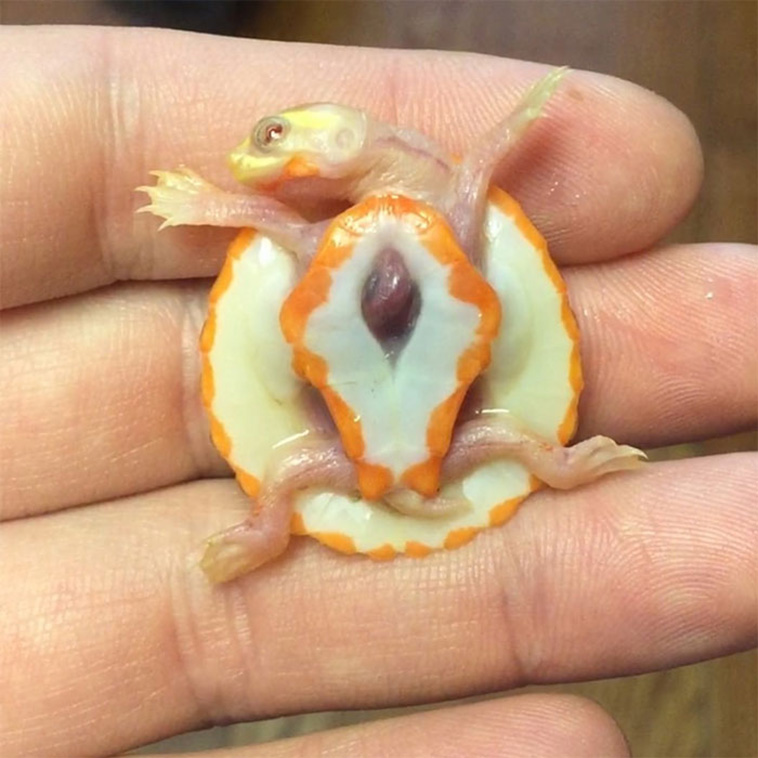 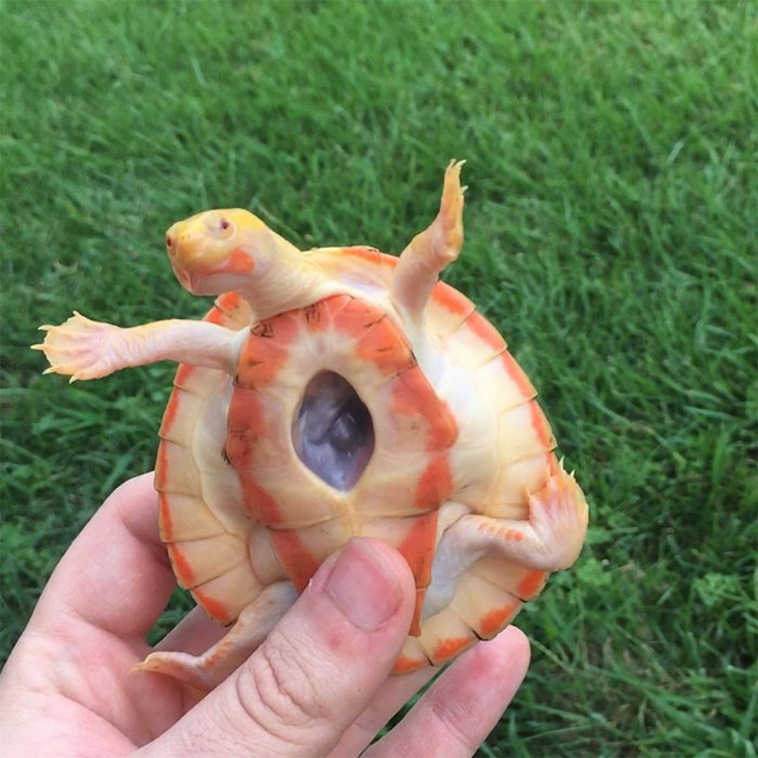 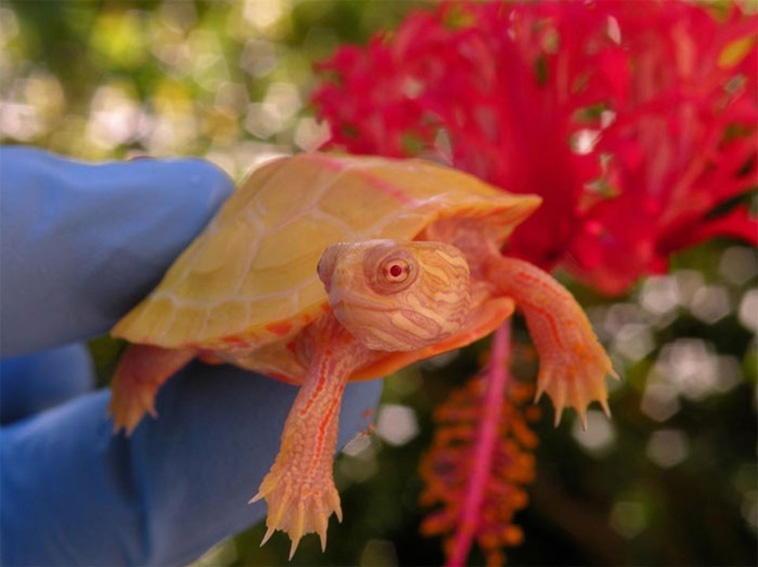 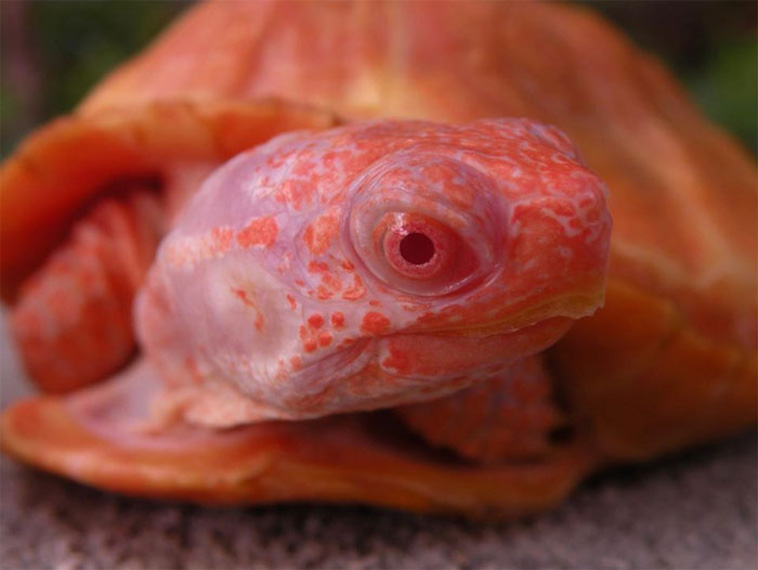 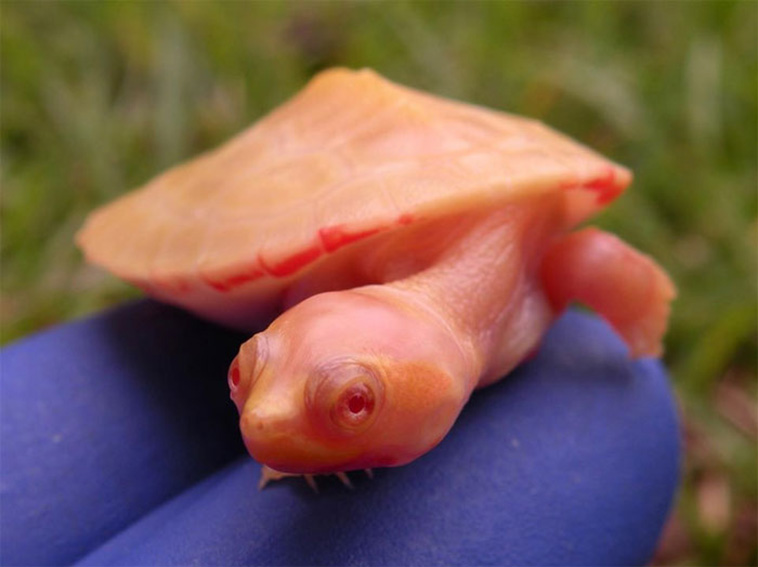 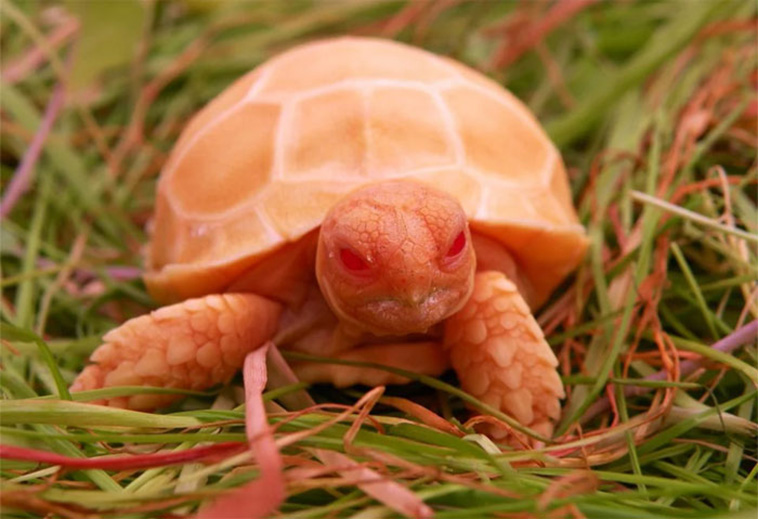 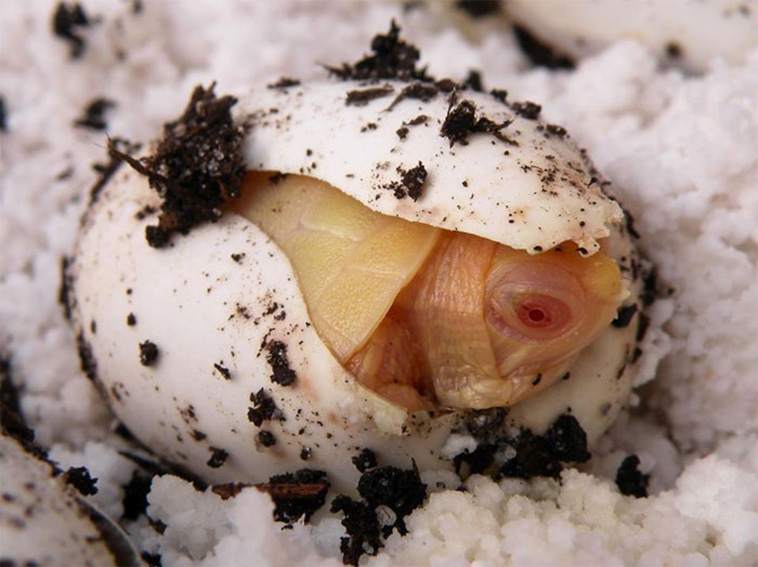 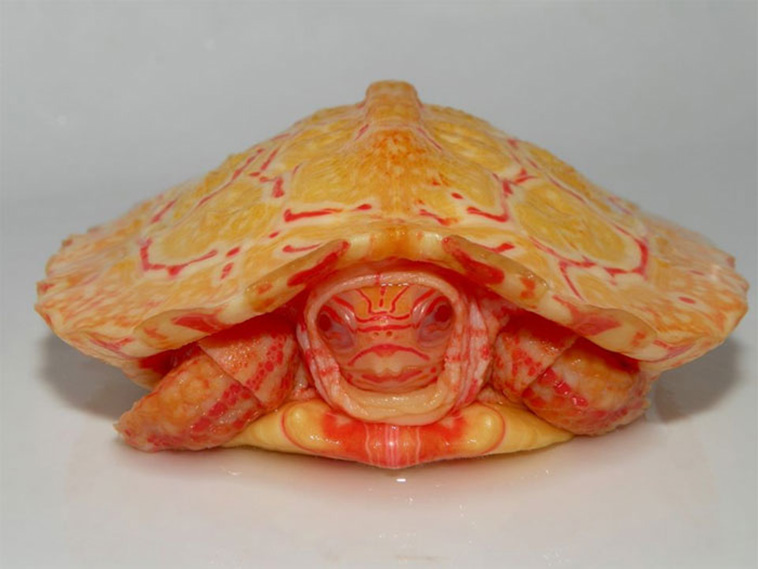 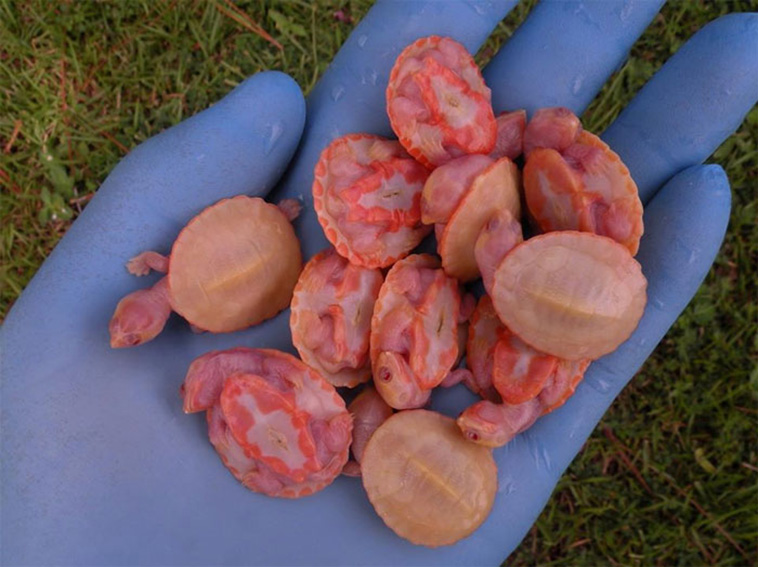