Widely viewed as one of the greatest horror movies ever produced, Stanley Kubrick’s ‘The Shining’ remains firmly imbedded in modern pop culture. It’s little surprise the movie has such a lasting appeal. Breathtakingly beautiful yet terrifying, the Shining’ managed to avoid cliched horror tropes of the time to produce a film that managed to scare and delight in equal measure. 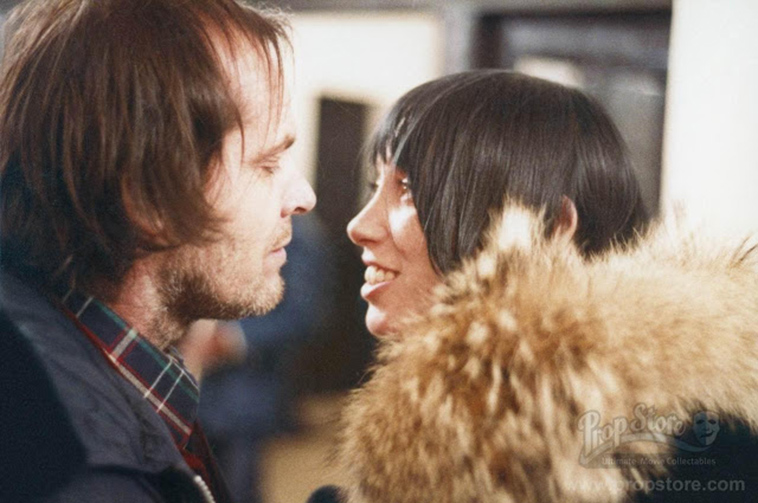 2nd Unit camera operator Jeff Blyth, Jeff’s wife, and their camera assistant doubling for the Torrance family in many unused shots of the car and wearing costumes from the film. Note their “Tony” finger poses. 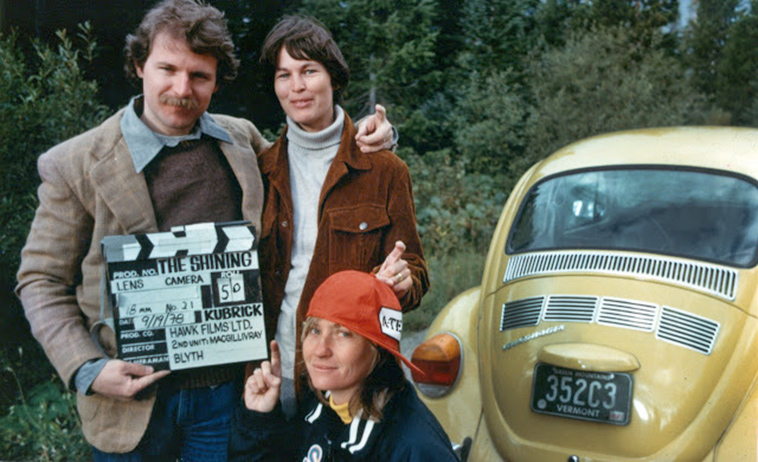 The facade of the Overlook Hotel set under construction on the backlot at EMI Elstree Studios. 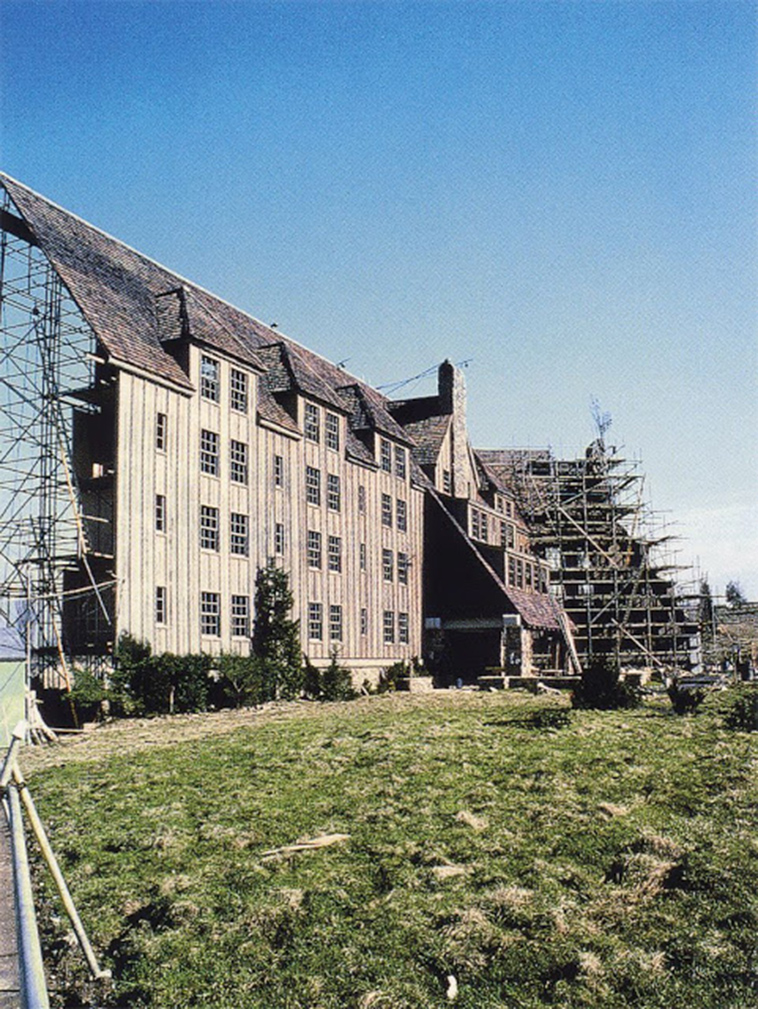 Although adapted from a Stephen King novel, Stanley Kubrick’s depiction is an entirely different experience, with the director taking a meticulous – if not painstaking- approach to creating his incredible vision.

Lisa and Louise Burns, who portrayed the Grady Sisters, prepare for a shot on the games room set. Kelvin Pike operates the camera and Camera Assistant Peter Robinson holds the slate. 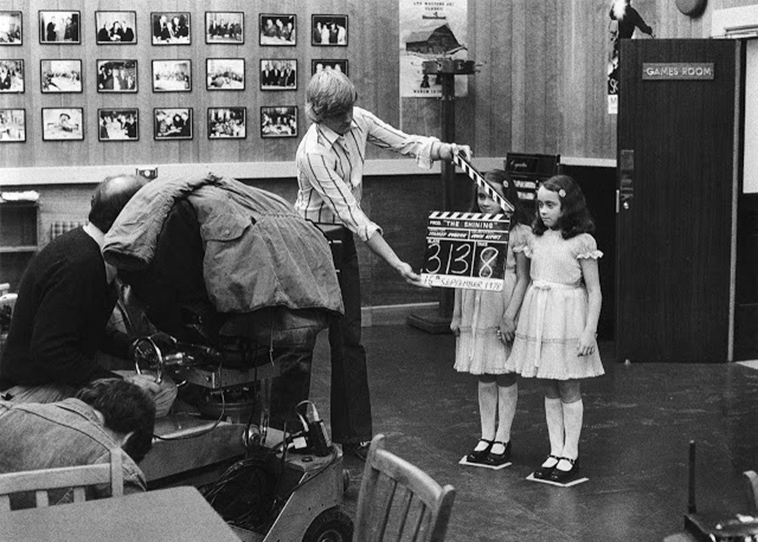 Lisa and Louise Burns as the Grady Sisters. 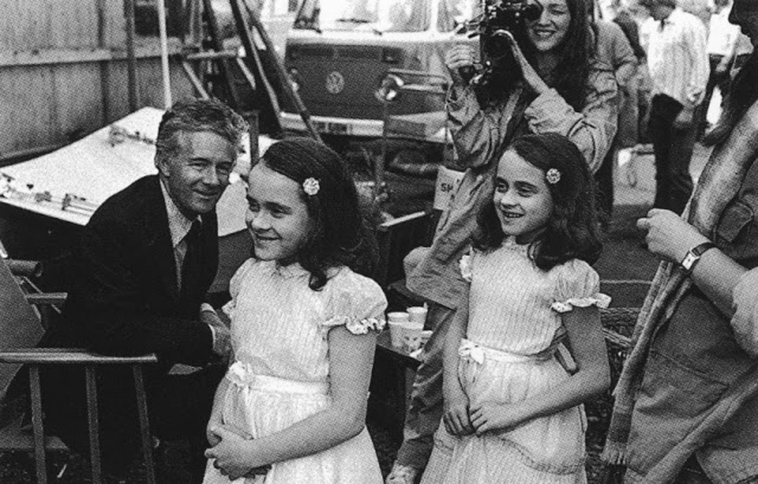 While great for us movie-goers, Kubrick’s methods were said to be very taxing, with filming being a long, arduous process.

From constantly altering the script to filming scenes for over 12-hours a day, producing such a masterpiece certainly took its toll on many involved – actress Shelly Duvall had such a difficult managing Kubrick’s perfectionist style that her hair started to due to stress.

Steadicam inventor Garrett Brown takes actor Danny Lloyd for a ride on his Steadicam just outside the hedge maze set on the backlot at MGM Elstree Studios. Brown discovered that Danny was about the same weight as the camera, so he would often give the boy rides in a makeshift swing hanging from the device.

Stanley Kubrick, Shelley Duvall, Danny Lloyd sits in the lap of his on-set coach and longtime Kubrick assistant Leon Vitali. To the left, Kubrick’s daughter Vivian holds the camera she used to film the Making of The Shining documentary. Behind them, Steadicam inventor Garrett Brown stands with camera operator Kelvin Pike and another unidentified crew member. 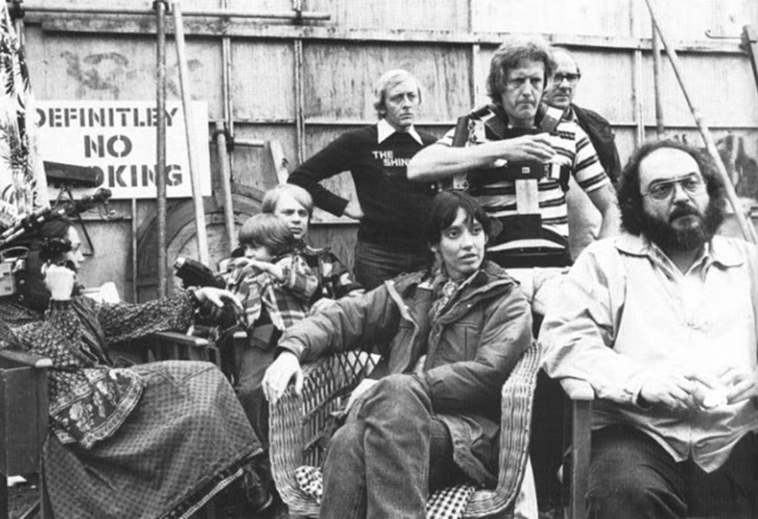 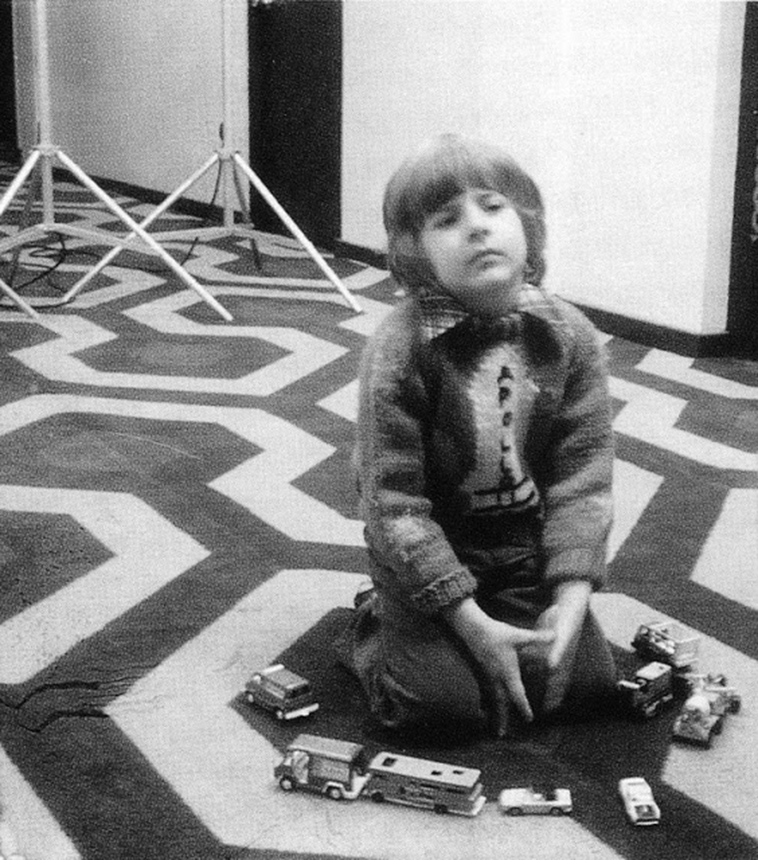