Less is more is often thrown around art circles, with minimalist approach very popular. The opposite has to be said for Chiharu Shiota  ‘The Key in the Hand’ display at 2015 Venice Art Biennale. It features and endless entanglement of red wool with keys suspended from them, all with a two boats below.

The entire ceiling is almost covered from the display, with overlapping pieces of string frequently meeting with one of the thousands of keys in use. The keys hold a significant point to the piece, representing memories of the individual who once help them, having been collected from people across the globe.

Shiota, who was born in Osaka, Japan in 1972 says of her display “Keys are familiar and very valuable things that protect important people and spaces in our lives,” said Shiota. “They also inspire us to open the door to unknown worlds… I would like to use keys provided by the general public that are imbued with various recollections and memories that have accumulated over a long period of daily use.” 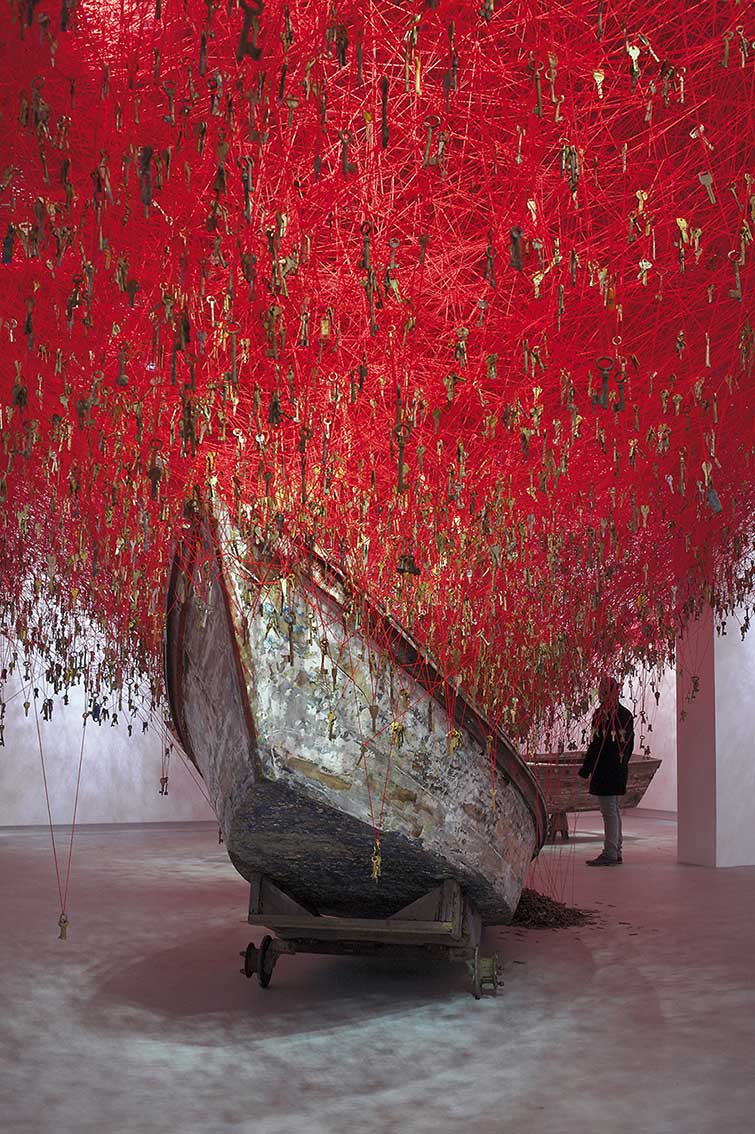 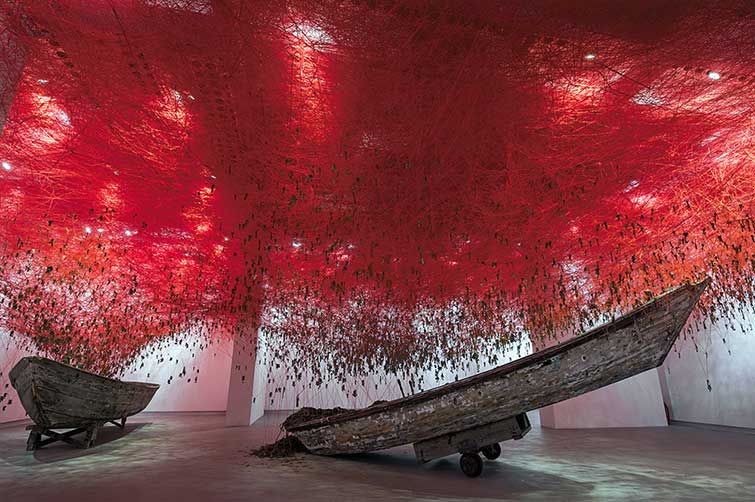 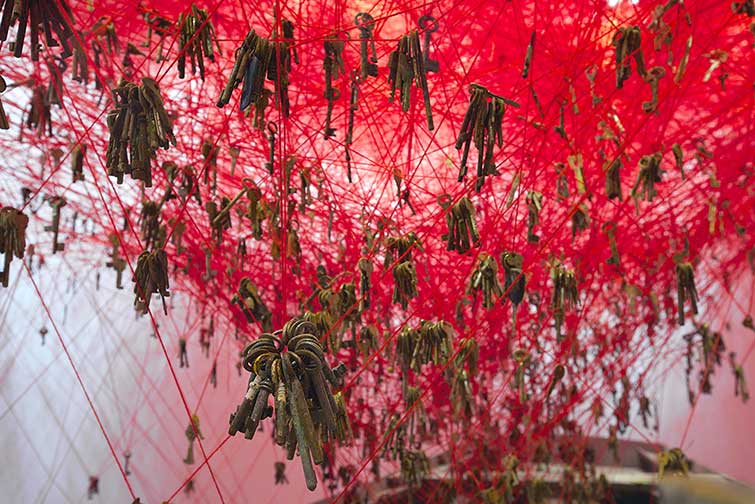 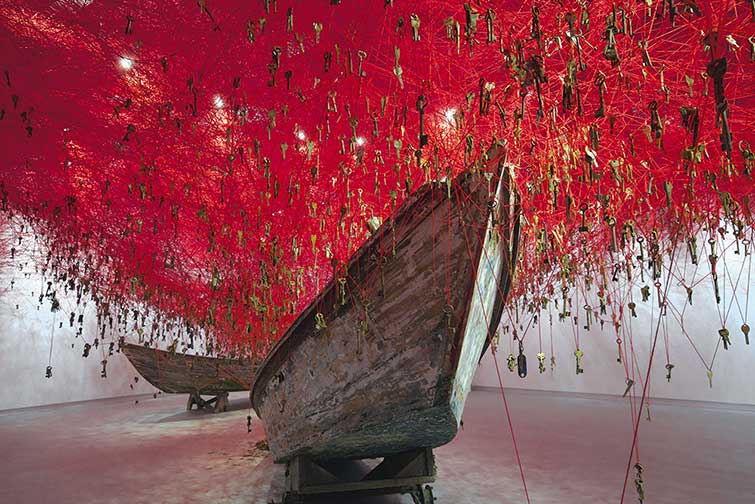 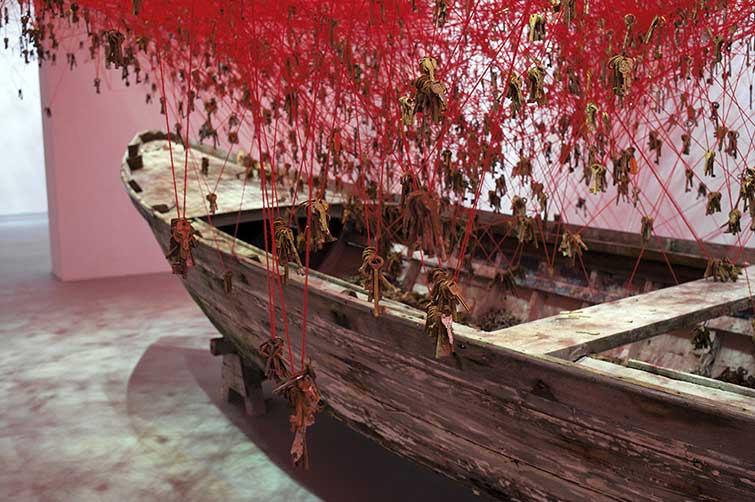 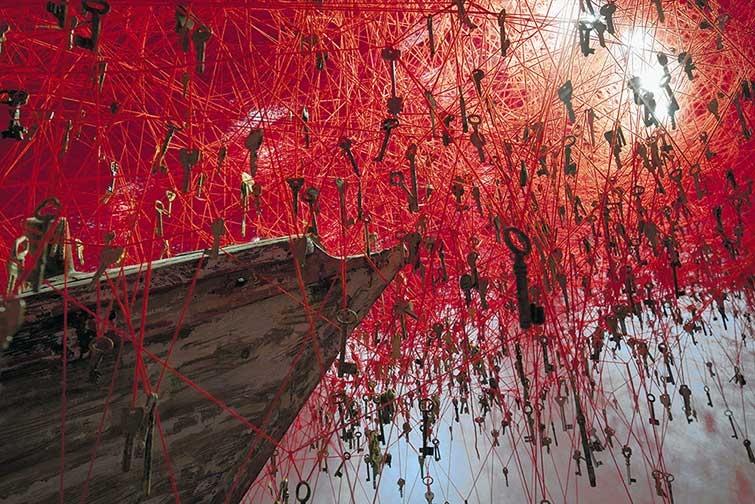 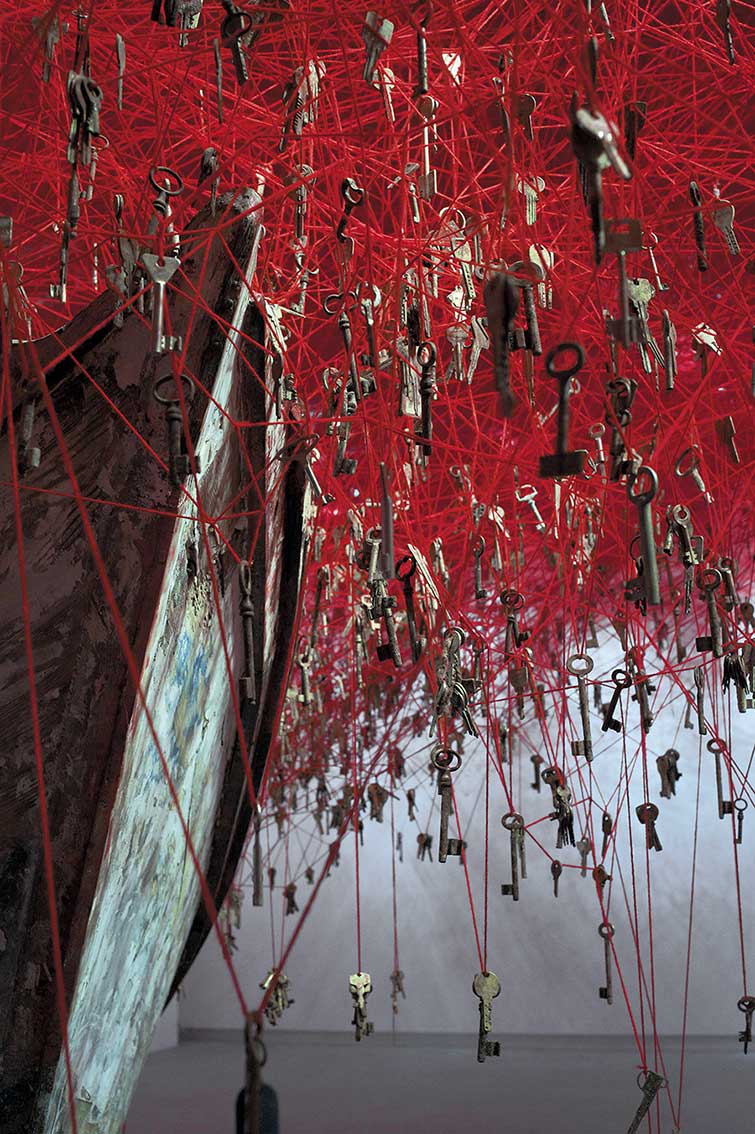 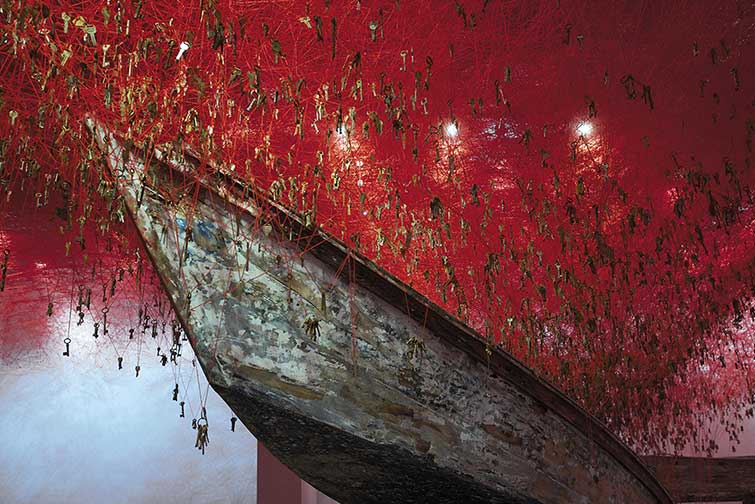 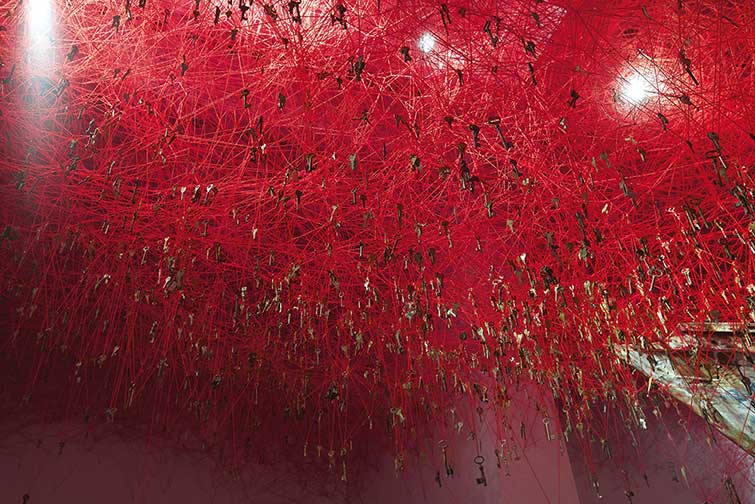