Georgii Krutikov, who was a young Soviet architect, presented a thesis project which was so utopian for his time, but not for Soviet avant-garde architecture. Krutikov presented his project “The City of the Future” as his graduation thesis in 1928. It is telling that Krutikov called his project a quest. It was a quest for mobile architecture. Krutikov’s project was as much a child of its age as Tatlin’s machines and Khlebnikov’s city-plants. Just like these artists, Krutikov was fascinated by movement and flexibility. 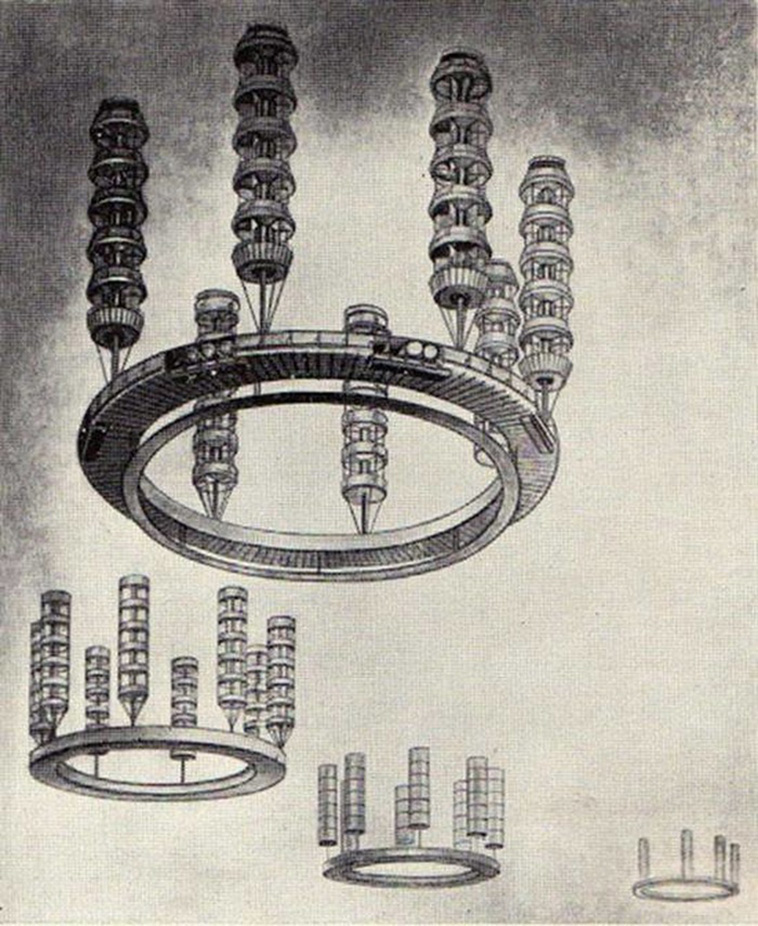 ‘Certain thesis projects still explored radical hypotheses for public buildings. Ivan Leonidov designed a Lenin Institute(1927) with a prophetic structure made of cables and futuristic electronic technology; Georgii Krutikov designed a Flying City(1928). After visiting the Vkhutemas in 1928, Le Corbusier described the school in his journal as an “extraordinary demonstration of the modern credo,” adding: “Here a new world is being rebuilt” out of a “mystique which gives rise to a pure technique.’ 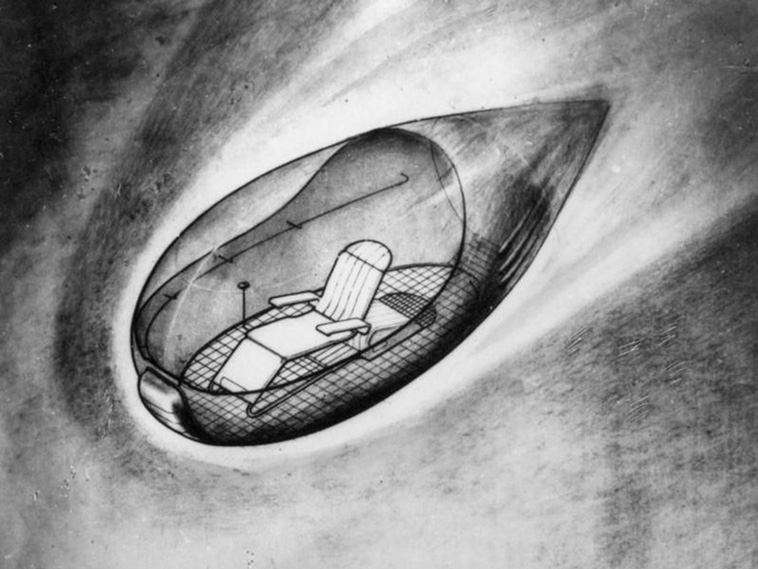 Krutikov proposed that the city would be suspended in the air by some kind of atomic energy—he’s a little iffy on the details—and people would travel from the surface to the airborne residential pods in a “cabin,” a kind of space capsule that was capable of traveling through the air, on the ground, and underwater. The cabin would be equipped with self-cleaning walls and furniture for one person, which would be able to change shape depending on whether the traveler was sitting or standing.

Here are Krutikov’s portfolios and some more drawings: 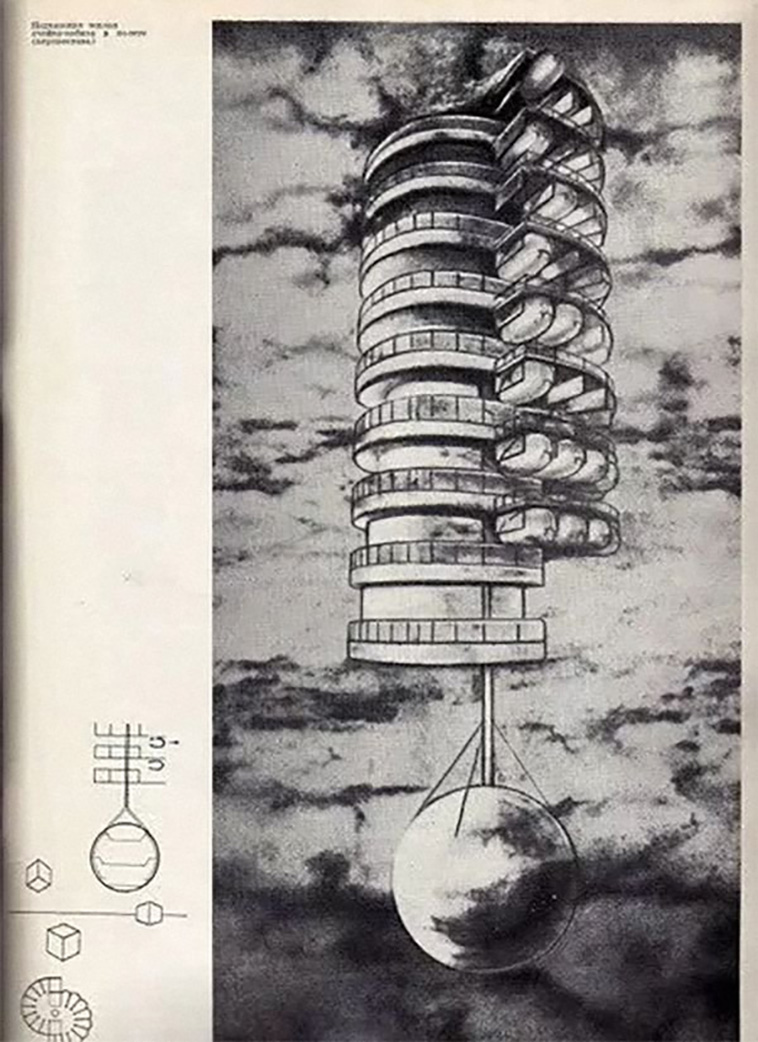 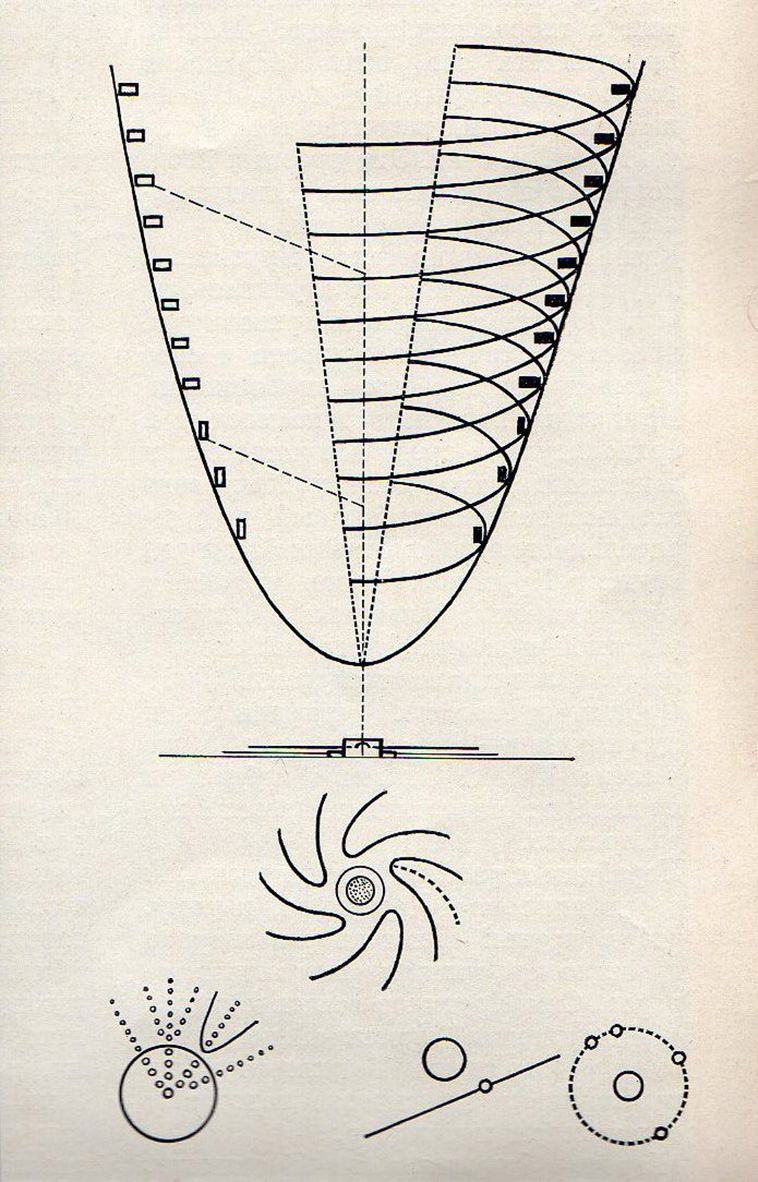 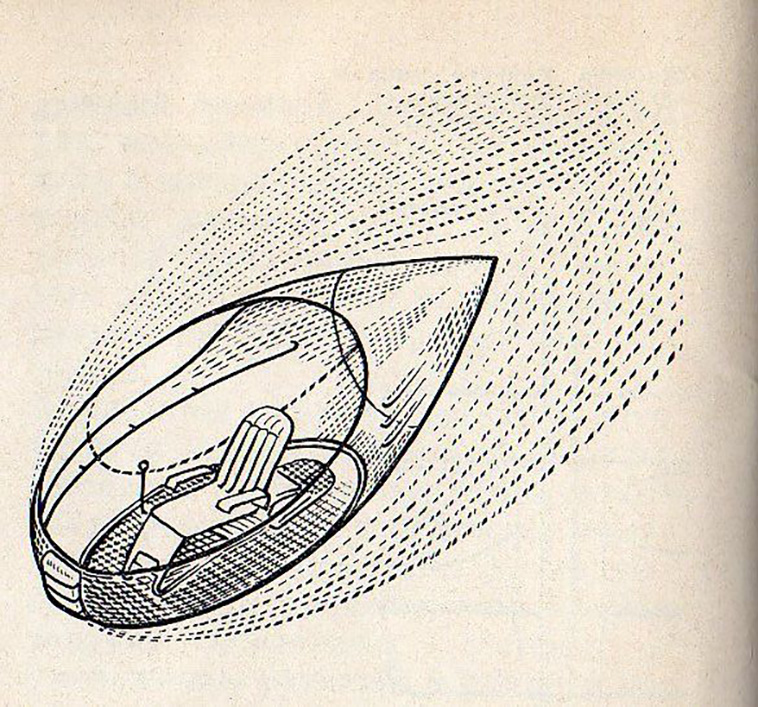 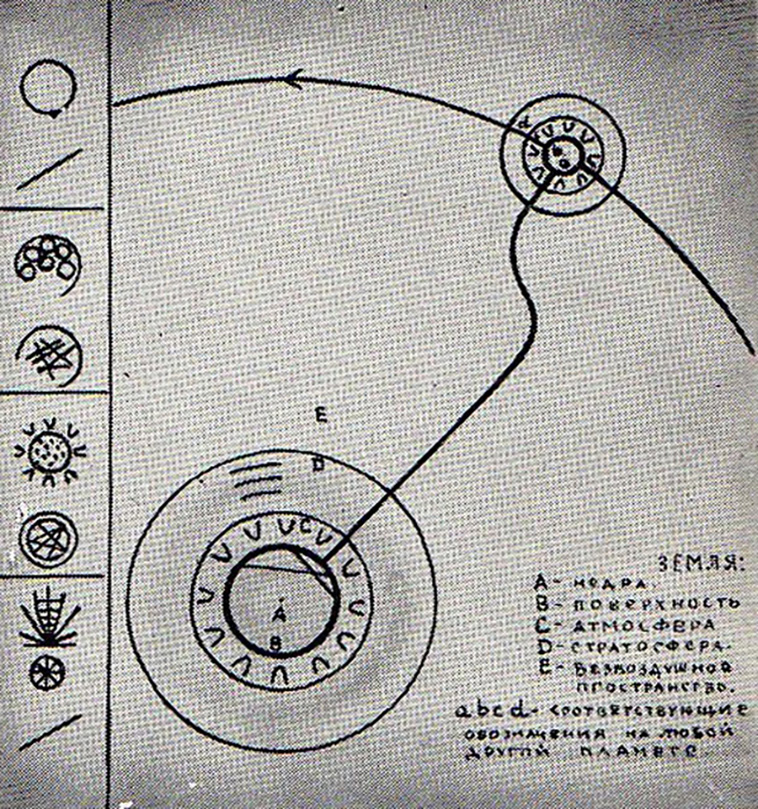 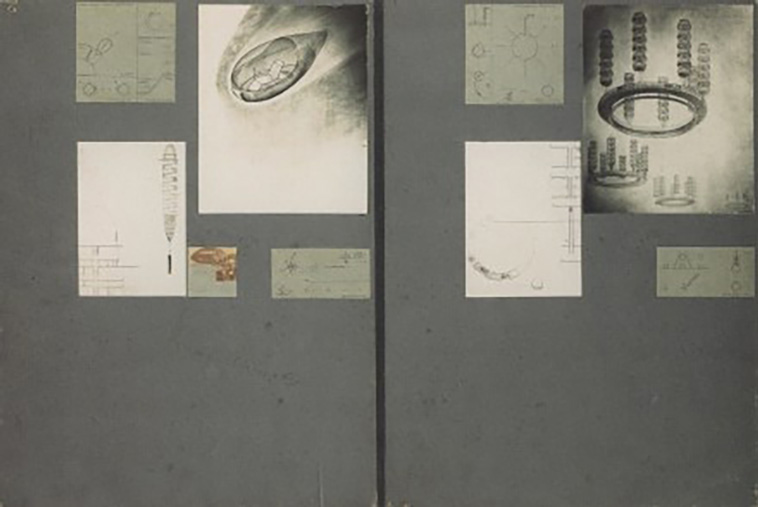 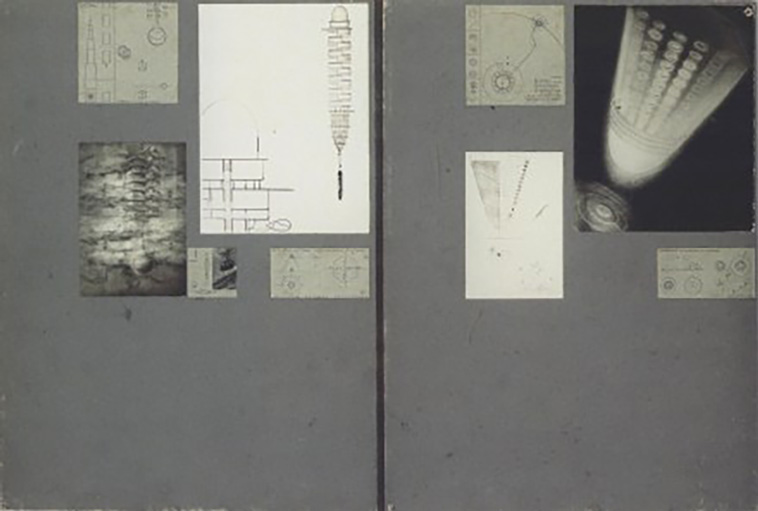 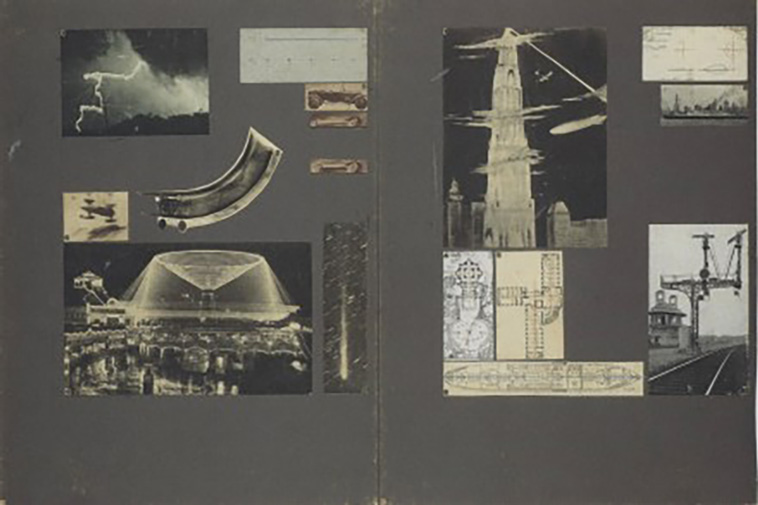