The Electric State is a narrative art book, created by sci-fi artist Simon Stålenhag, about a girl and her robot in the 1990s traveling west across the USA in an alternate reality. After a successful fundraising campaign on Kickstarter, Simon is now finishing the remaining pieces of art and writing text before he and the team at Free League Publishing get to work on book production. The progress of Simon‘s amazing looking book is available to view on Facebook, Twitter, Tumblr, and his website.

“In late 1997, a runaway teenager and her yellow toy robot travel west through the strange USA, where the ruins of gigantic battle drones litter the countryside heaped together with the discarded trash of a high tech consumerist society in decline. As their car approaches the edge of the continent, the world outside the window seems to be unraveling ever faster as if somewhere beyond the horizon, the hollow core of civilization has finally caved in.” 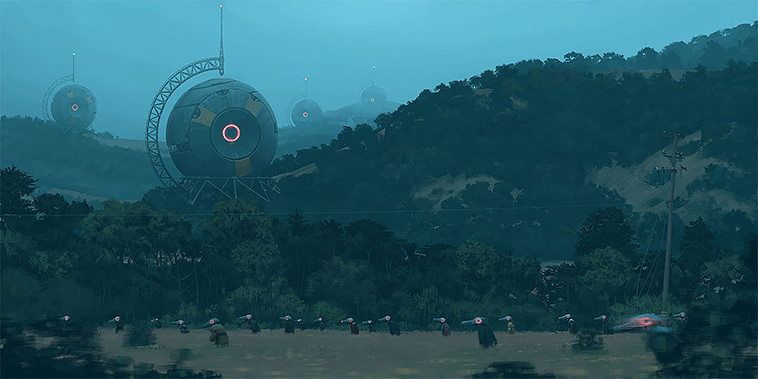 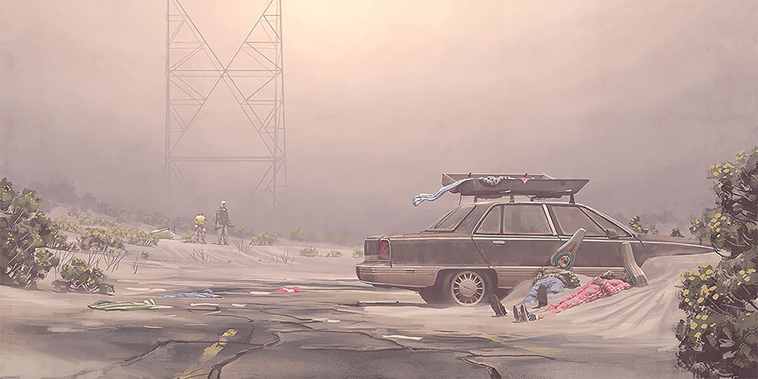 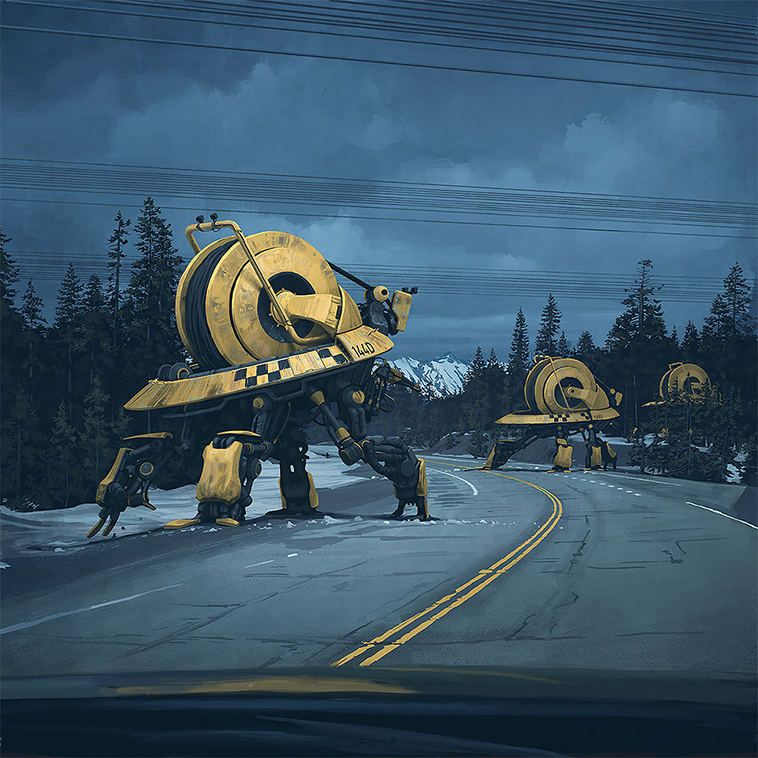 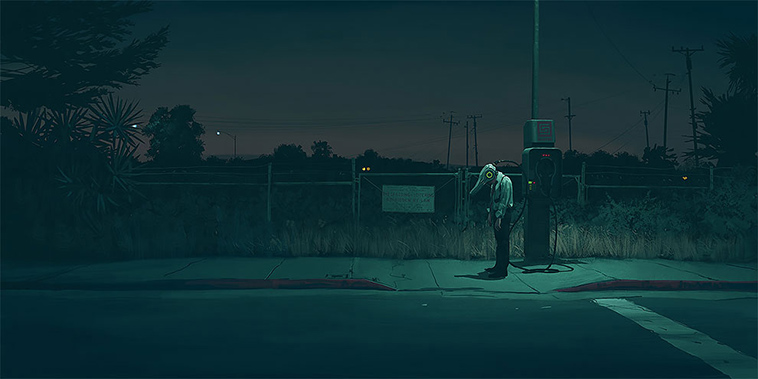 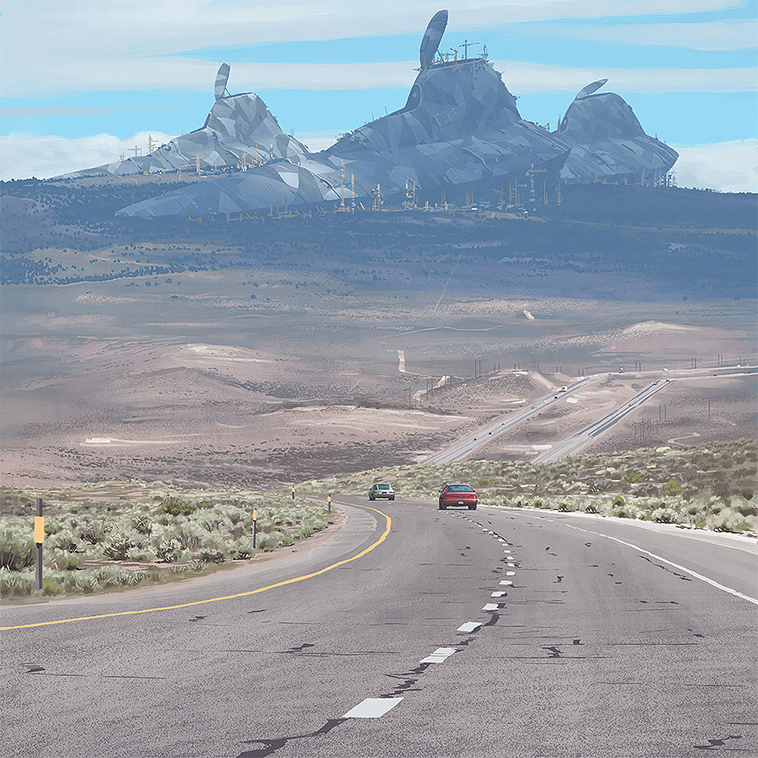 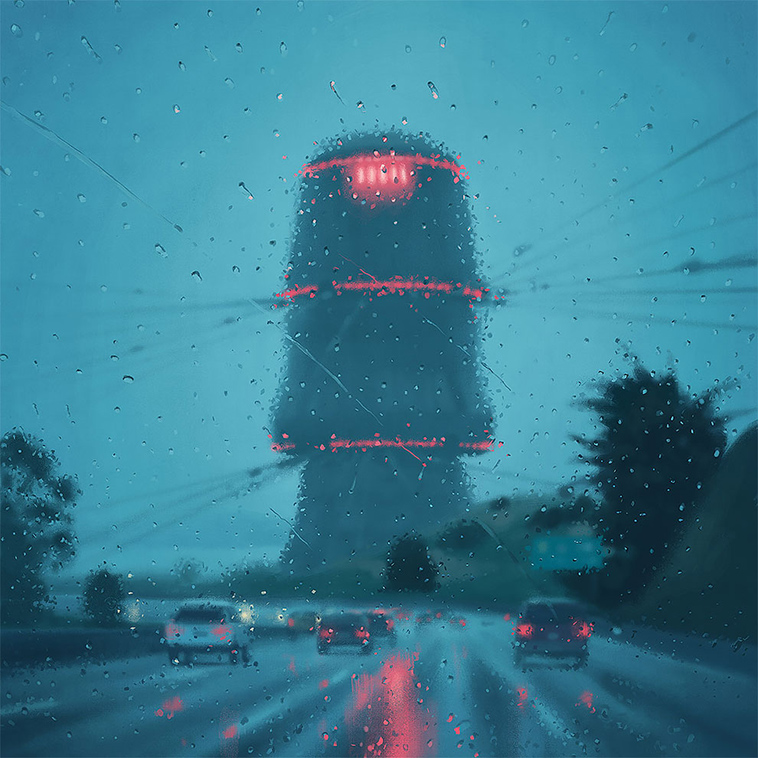 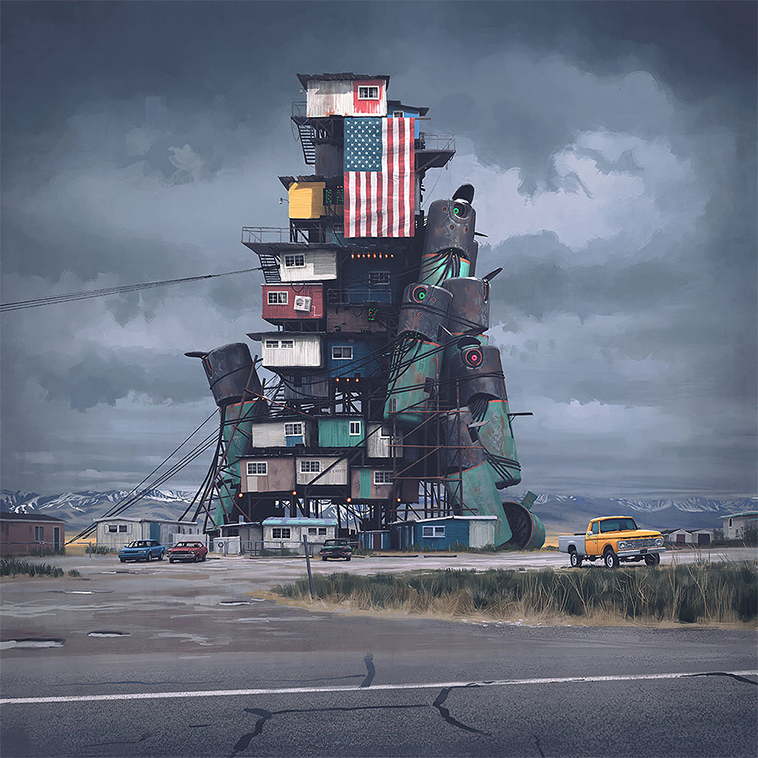 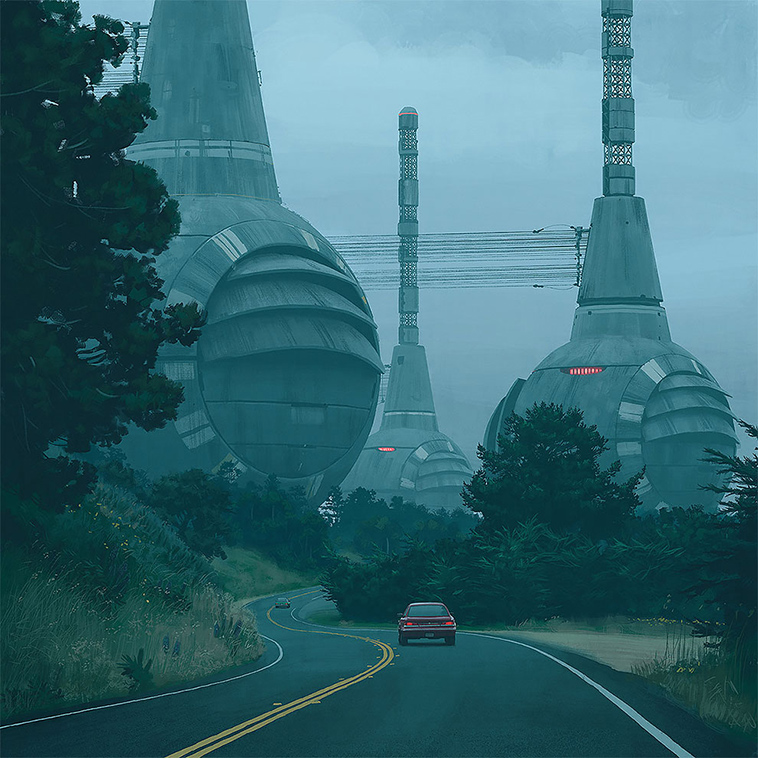 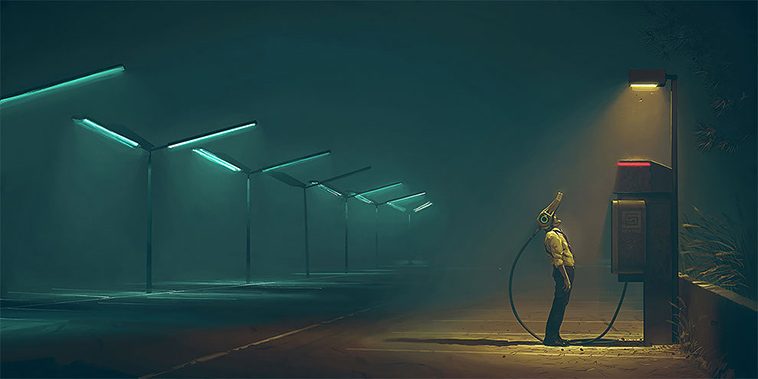 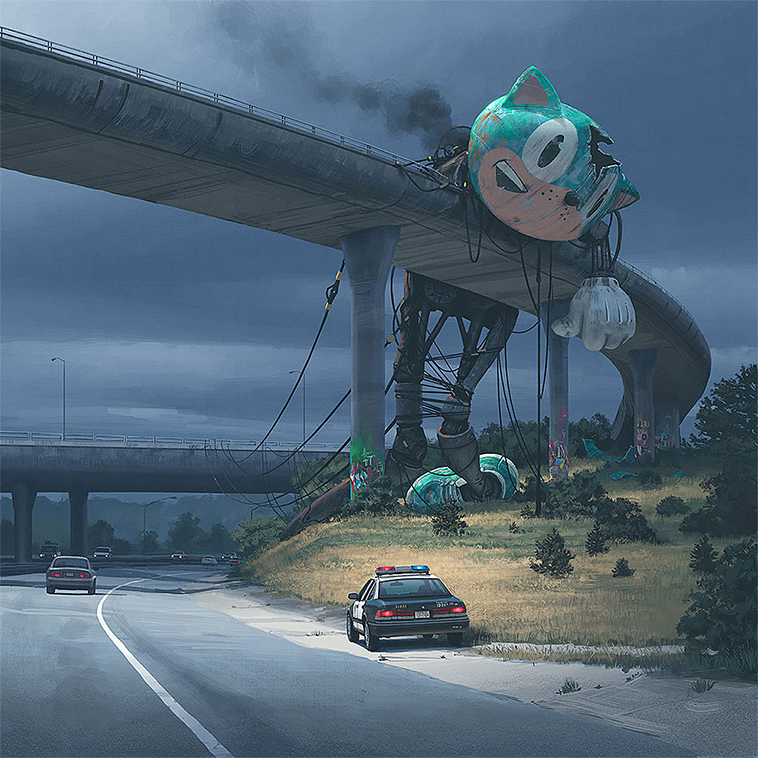 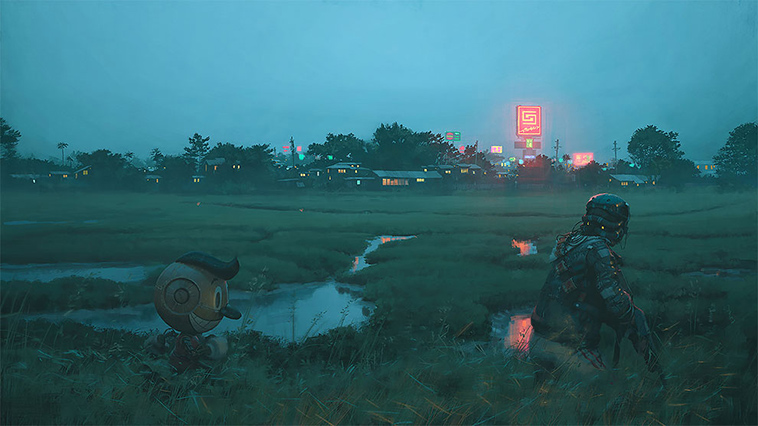 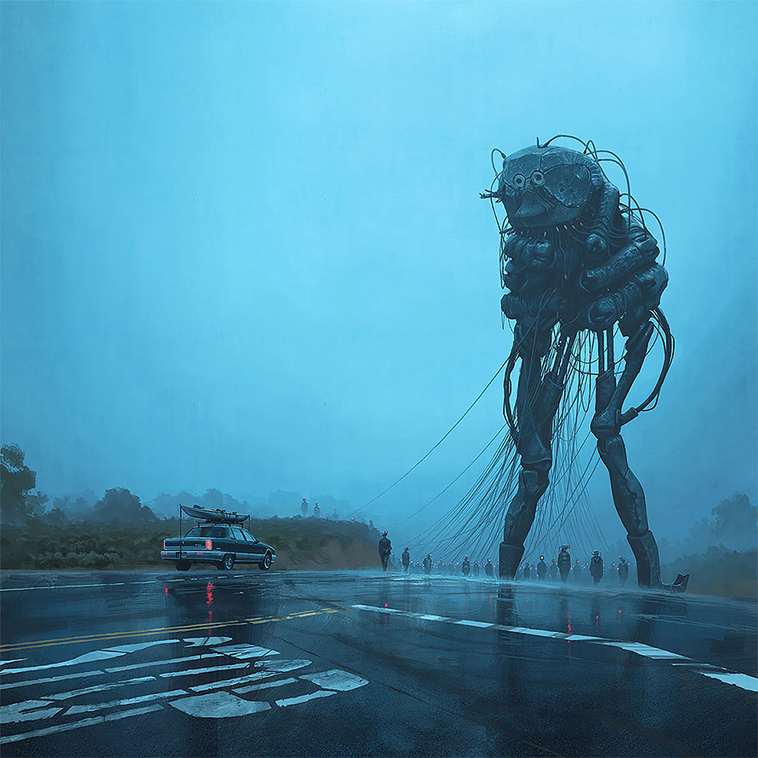 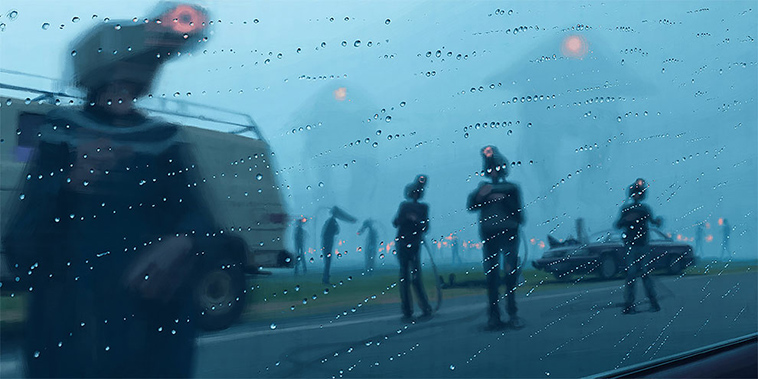 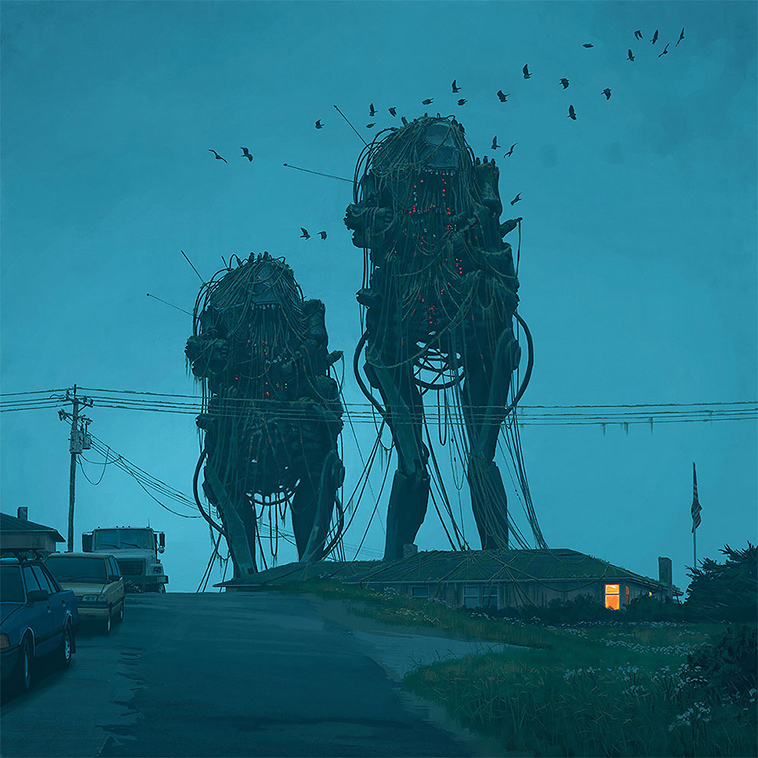 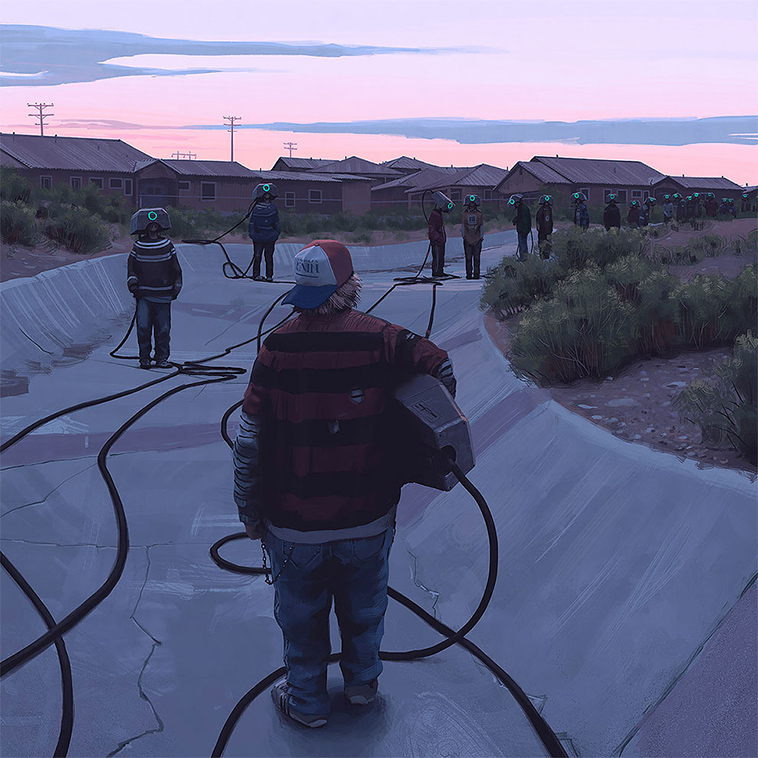 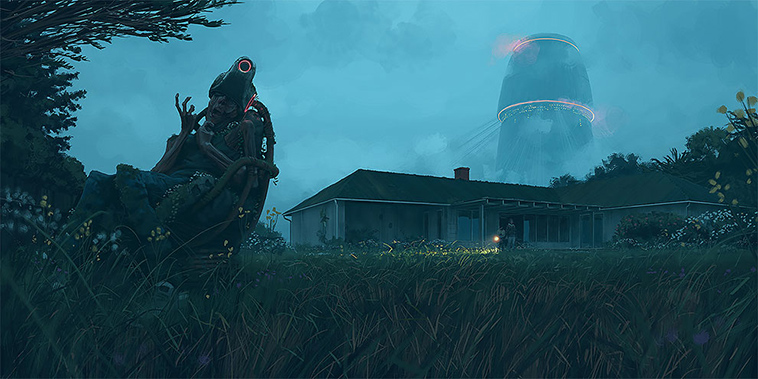 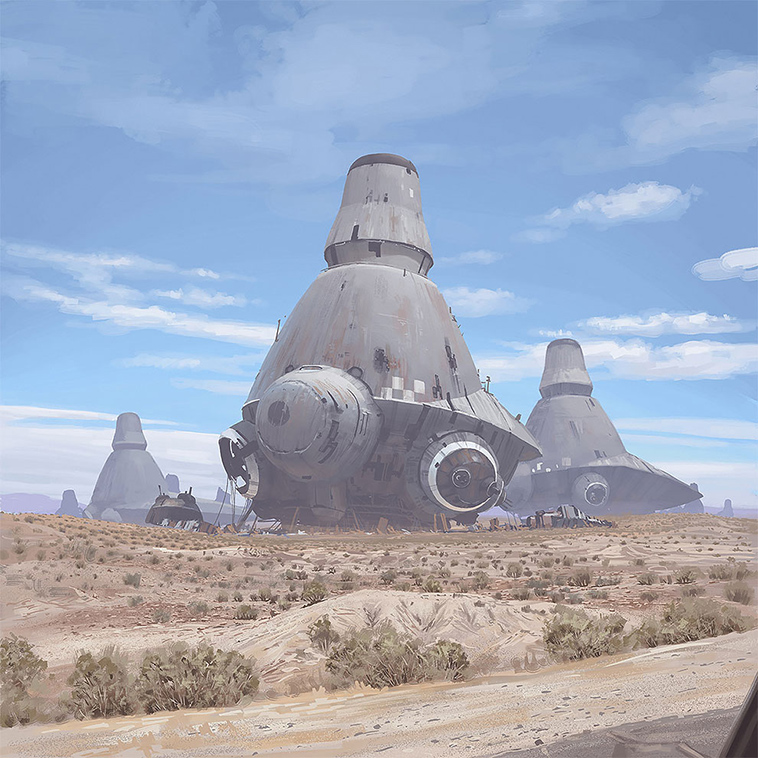