Working in customer service can always be a bit of a slog. You are mostly dealing with complains and disgruntled customers, so it is easy to see why the job couild be considered boring to many.

Rob works for Tesco’s customer service and he jumped at the chance to have a little fun with one particular customer, a man named Wes Metcalfe who had written to inform him about finding a dead worm in his cucumber – but in a very humorous way.

Wes had actually written a very tongue-in-cheek letter that was far from a complain, instead being a comical account of how he found a dead worm in a cucumber purchased from a Tesco in Dinnington, Sheffield.

The worm in question was found within the plastic wrapper protecting the cucumber, and as you can tell by the below correspondence, things got very funny very fast.

It started with this hilarious ‘complaint’ 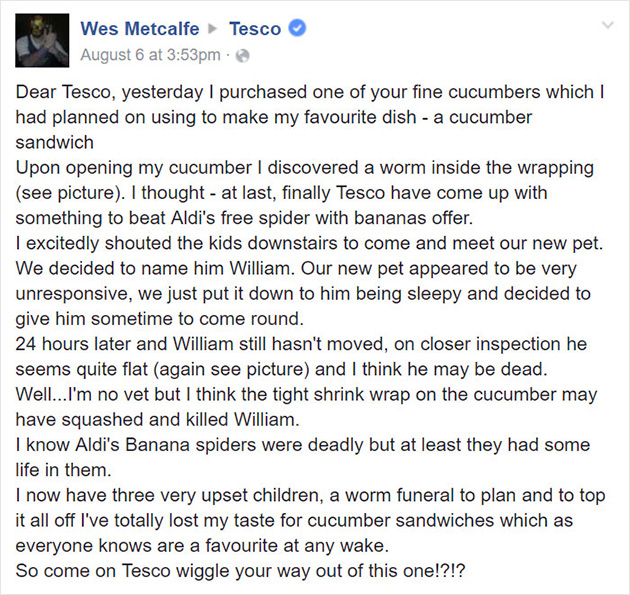 “We decided to name him William,” It read. “Our new pet appeared to be very unresponsive” 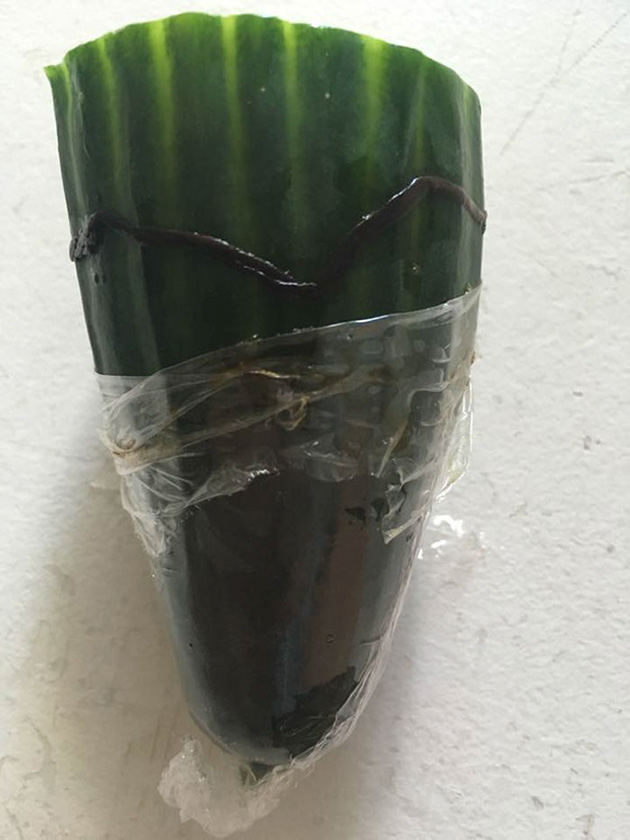 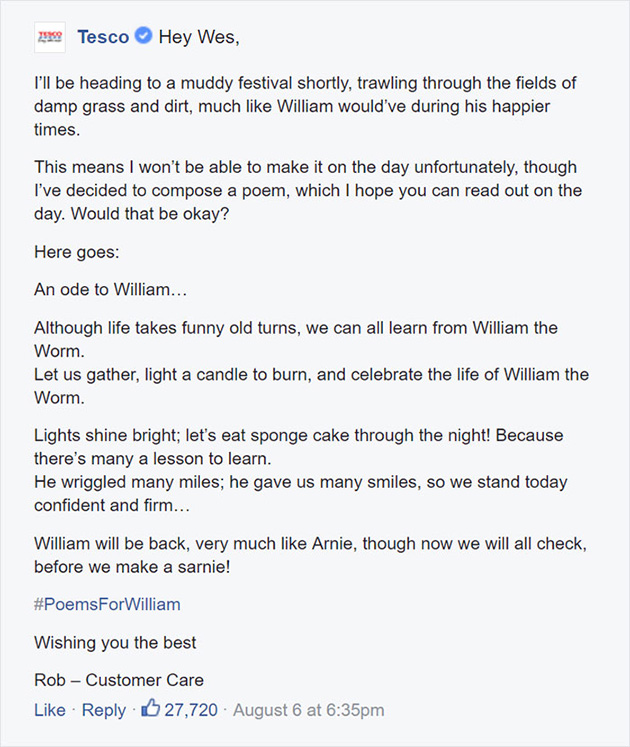 Wes decided to inform rob about the funeral, including a poem of his own writing 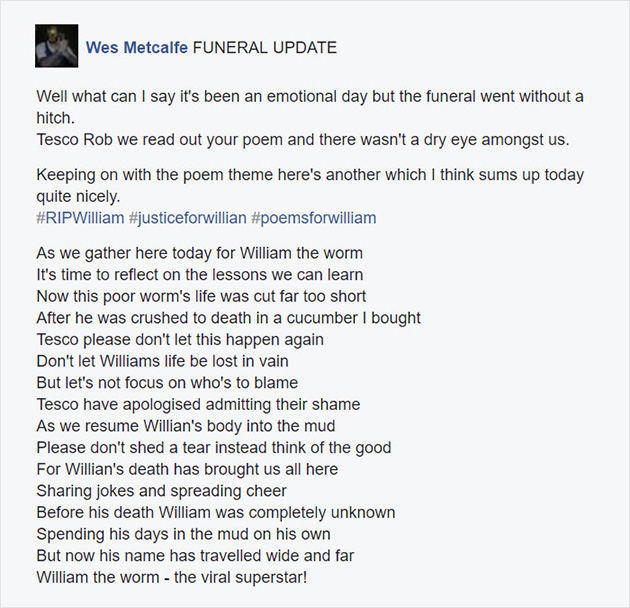 It included photo coverage of the funeral! 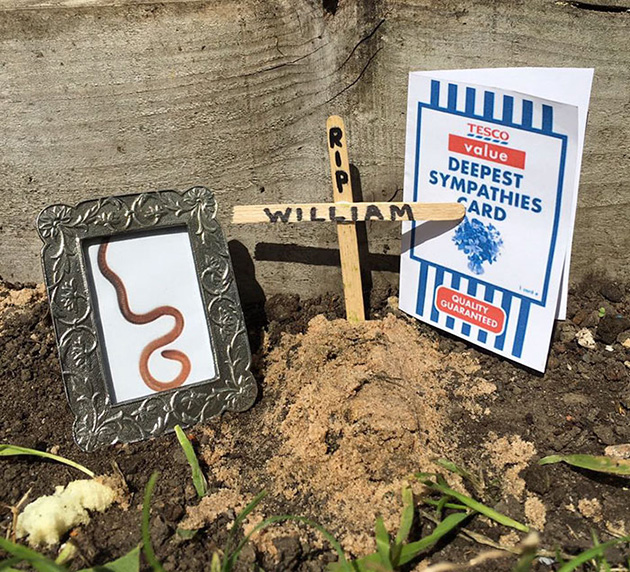 Things understandably got carried away 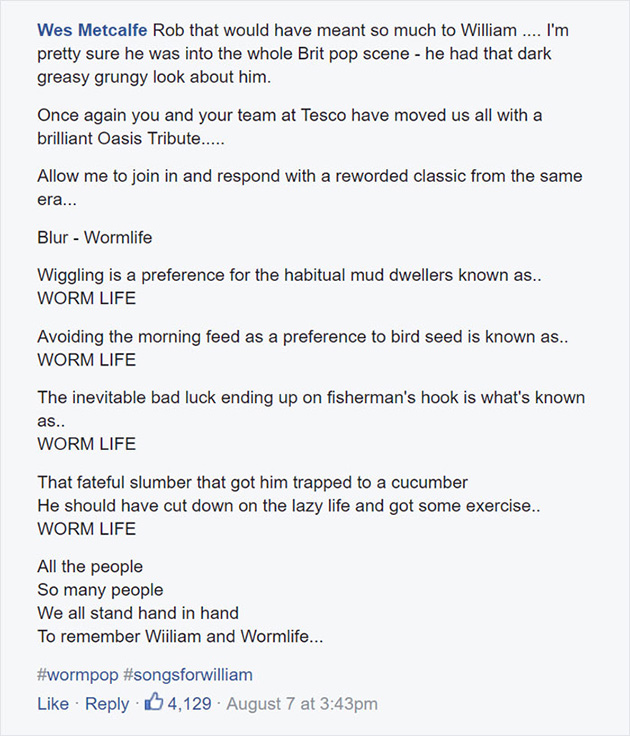 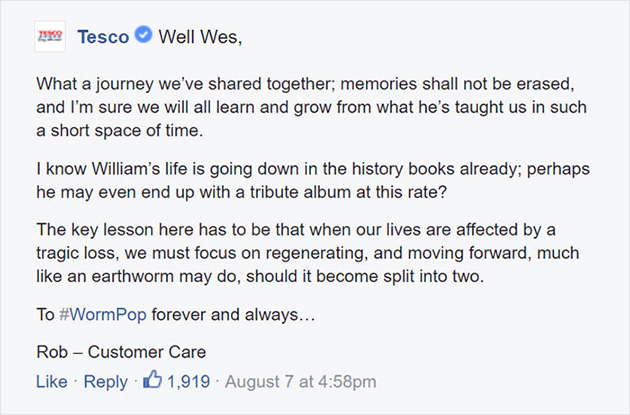 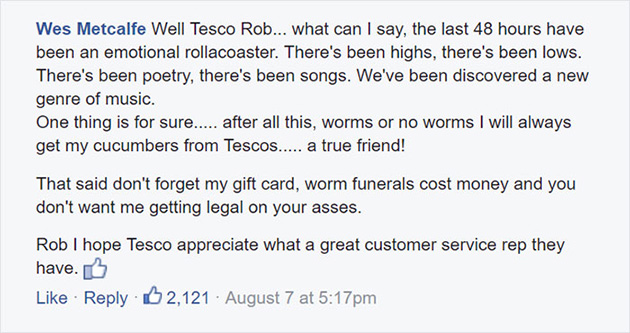 The brilliant exchange has since gone viral, gathering over 80,000 likes on Facebook 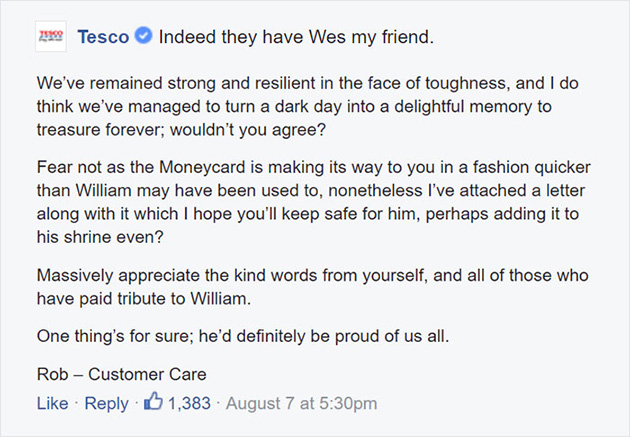 Bravo to Rob from customer services for his awesome responses!