After being brought inside for barking at the neighbor’s cat, this Australian Shepherd has a complete meltdown because she cannot go back outside to play. Just like a small child, she is caught on video stomping her paws constantly, barking and trying to stare down her opponent in order to make her open the door. 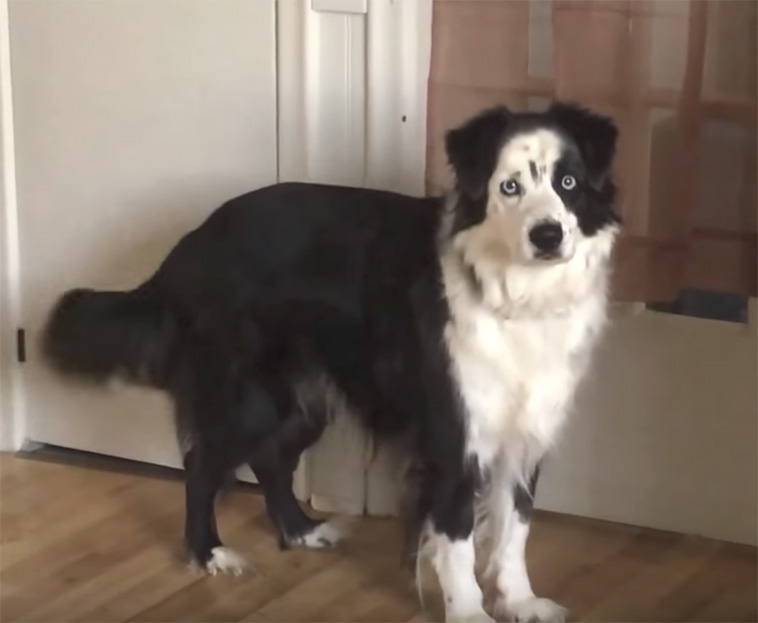 Mya is a 12-year-old stubborn and strong-willed Australian Shepherd that is used to having things go her way. She is often caught having temper tantrums, whether it is at the door after she is brought inside for barking, trying to manipulate her owners into feeding her early or freaking out on the cat for drinking out of her water dish. She loves the sound of her own voice and is known for the stomping of her feet when she doesn’t get her own way! She is a high maintenance girl, but worth every minute when she curls up on the couch for some doggie cuddle time. 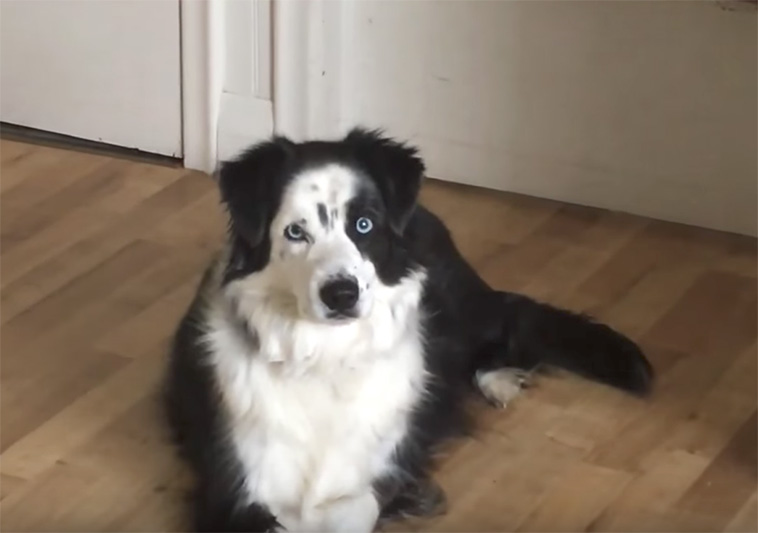 Mya spends a lot of her time outside during the day as that is where she loves to be most, watching the people walk by and chasing leaves in the driveway! Unfortunately, she has a tendency to bark at the mailman, other dogs and more than anything, the neighbor’s cat! Although many training methods have been tried, the only real way to correct the barking is by bringing her back inside. 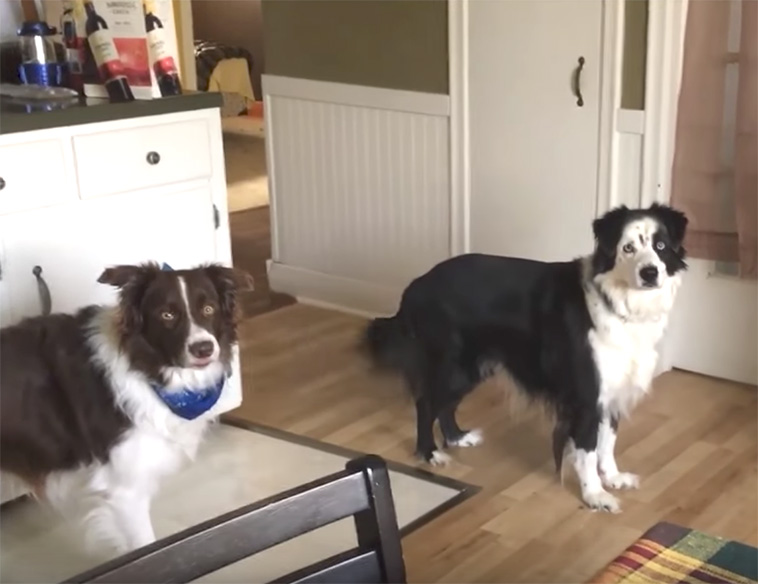 Just like Mya, most Australian Shepherd dogs are hard headed but extremely intelligent and easy to train. They are also very vocal and like to have a lot to say. “Aussies” as they are nicknamed are a sensitive breed and then you bring that emotional aspect together with a tendency to bark and howl; you get a dog that loves to talk back and express herself.