When there was a report that a black bear was wandering around a community in Florida, officers decided to sedate the bear and take it back to the forest where it came from. 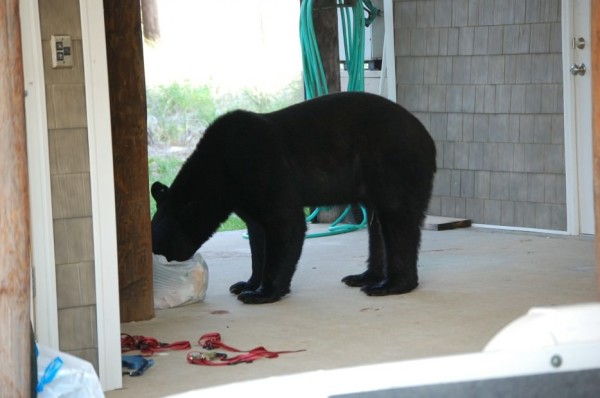 The officers tried to shot the bear with a tranquilizing dart; however, instead of sedating him, the dart scared the bear badly. The terrified bear started running towards the ocean, getting away from the officers. 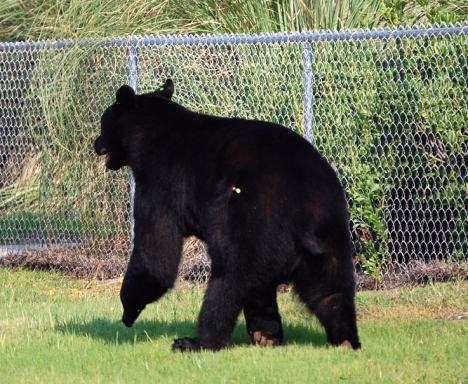 Shortly after, the bear was swimming towards the Gulf. Unfortunately, the tranquilizing dart showed its effect after the bear got into the water and made him sleepy, the more the bear swam the closer he was getting to drowning. 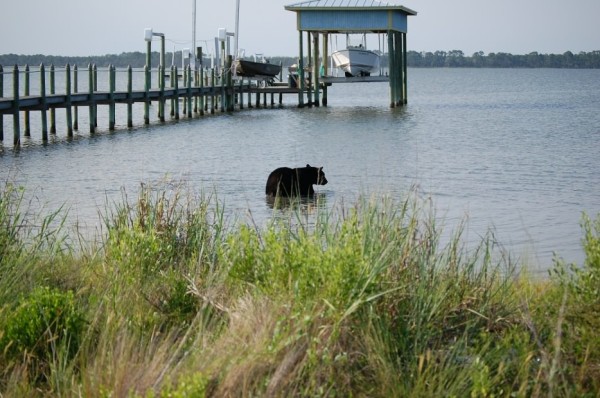 Adam Warwick, a biologist, was at the location together with Wildlife Commission. It was clear that somebody needed to do something in order to stop and rescue the bear. Warwick felt that the person was him. He suddenly decided to go after the bear, he says that he felt the adrenaline in his body the moment he saw that the bear was in the water. 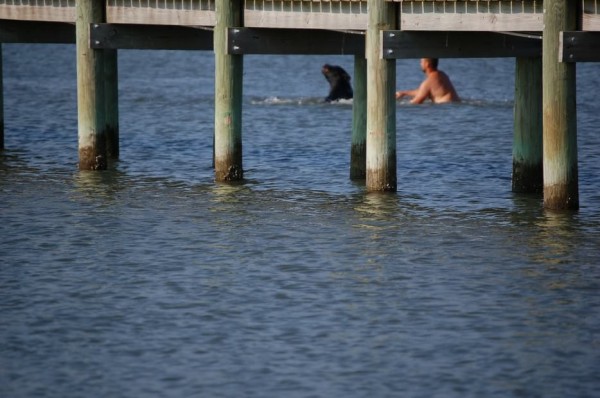 First, Warwick rushed to the water, passed the bear swimming and thus he was able to prevent it from reaching the open ocean. The desperate bear attempted to hang onto him to stay above the water because of the tranquilizer, the bear wasn’t able to use his legs properly, which was lucky for Warwick. 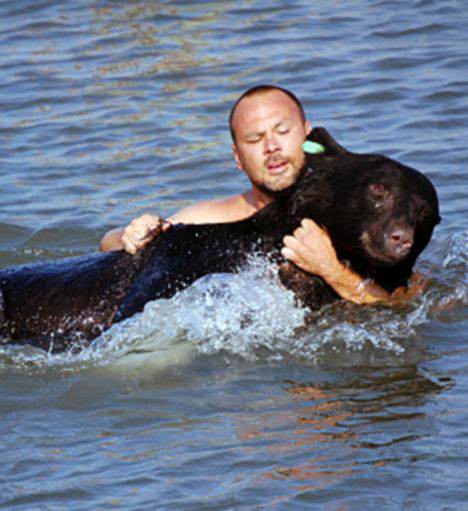 Bystanders were amazed at how brave Warwick was. The bear which was 400 lb would ordinarily bite the man dead and shred him into pieces. Fortunately, this was not the case with Adam Warwick and this swimming bear he was after. 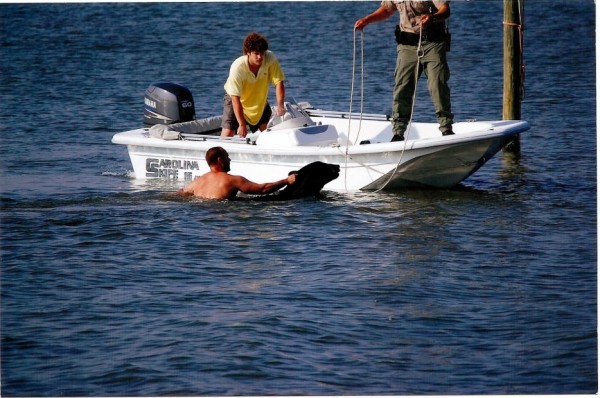 The calm and clever biologist Warwick took hold of the bear from his neck and carried him to the waterside. Exactly the same way coast guards do with people. Warwick should be given some credits as doing it with a 400 lb bear must have been way more difficult. 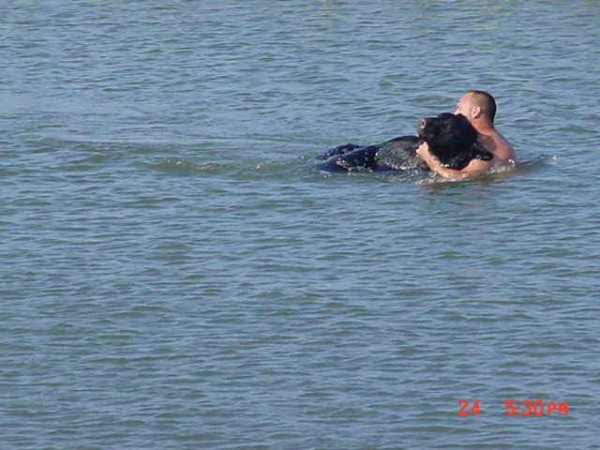 In the end, the tired bear was safe on the shore, rescued from a dangerous situation. He had the ground once again under its paws thanks to Warwick. Surprisingly, he did not have many injuries, just some small wounds, and scratches under the paws caused by crustaceans. 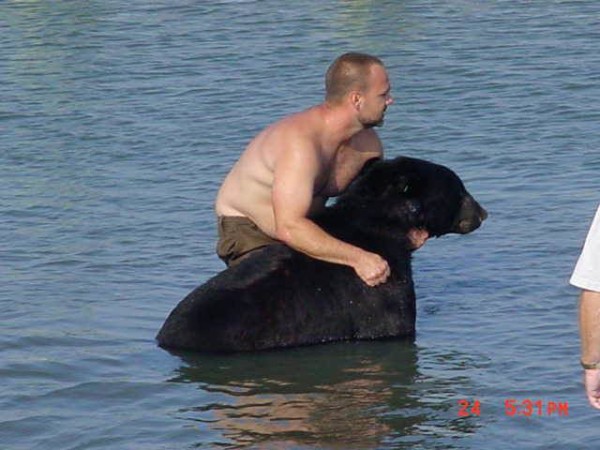 Finally, other people were there to carry the bear to the land. In order to take the miserable bear to its home which is Osceola National Forest, a group of people brought a tractor and put it in the bucket. Hopefully, the bear had a good journey back home. 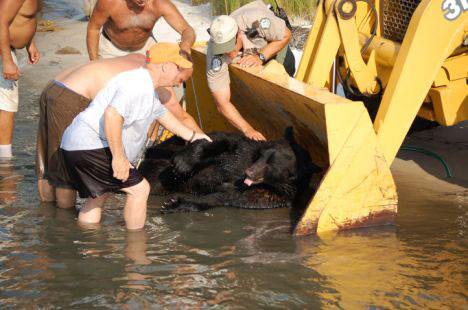 We will never know if the bear noticed that he was very lucky because a selfless man like Adam Warwick was there to save him. It could have been a very bad end for the poor bear if he was not there. 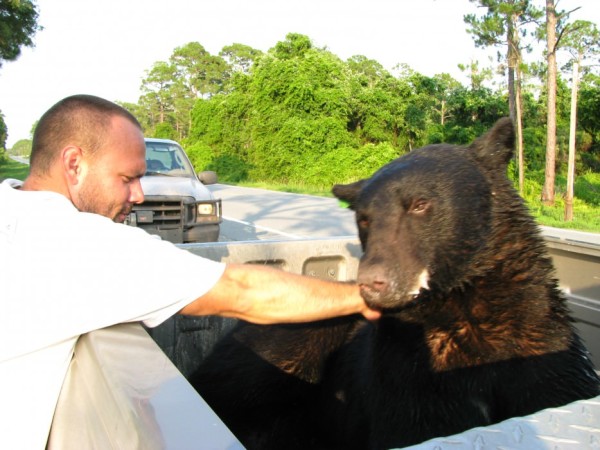