One of the most iconic and beloved pop music figures of both the ’70s and ’80s, Stevie Nicks became a full-fledged superstar during the latter decade.

Famed for her mystical chanteuse image, singer/songwriter Stevie Nicks enjoyed phenomenal success not only as a solo artist but also as a key member of Fleetwood Mac. Possessed of a raspy croon, Nicks had a duo with Lindsey Buckingham in the early ’70s, releasing an excellent folk-pop album as Buckingham Nicks before the pair were absorbed into veteran U.K. group Fleetwood Mac. Nicks’ and Buckingham’s talents helped steer the band to superstardom with the enormous hit albums Fleetwood Mac and Rumours. In the ’80s, Nicks ventured out on her own, scoring numerous hit singles and ultimately leaving the band. In the late ’90s, however, she reunited with her Fleetwood friends, who began performing and recording with renewed vigor.

Nicks joined Fleetwood Mac in 1975 along with her then-boyfriend Lindsey Buckingham. In 1981, while remaining a member of Fleetwood Mac, Nicks began her solo career, releasing the studio album Bella Donna, which topped the Billboard 200 and has reached multiplatinum status. She has released eight solo studio albums.

What was Stevie Nicks first hit?

Nicks‘ song “Dreams,” inspired by the group’s dissolving relationships, was the band’s first No. 1 single. 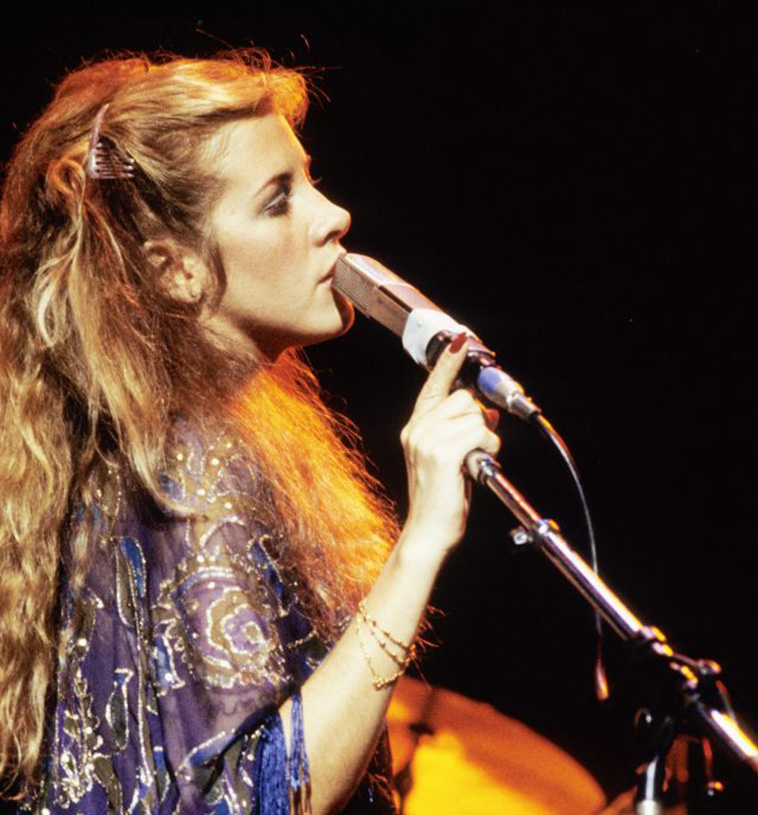 Major hit singles like “Dreams” and “Rhiannon” made Nicks a focal point of, and in 1981 she took time off from the group to record her solo debut, Bella Donna, which hit number one on the strength of the Top 20 hits “Stop Draggin’ My Heart Around” (a duet with ), “Leather and Lace” (a duet with ), and “Edge of Seventeen (Just Like the White Winged Dove).” After a return for the 1982 album Mirage (which featured her hit “Gypsy”), Nicks released her second solo effort, The Wild Heart, highlighted by the Top Five smash “Stand Back.” Rock a Little, which featured the single “Talk to Me,” followed in 1985.

Here is a collection of Stevie Nicks vintage photographs that capture while performing on stage in the 1970s and 1980s. 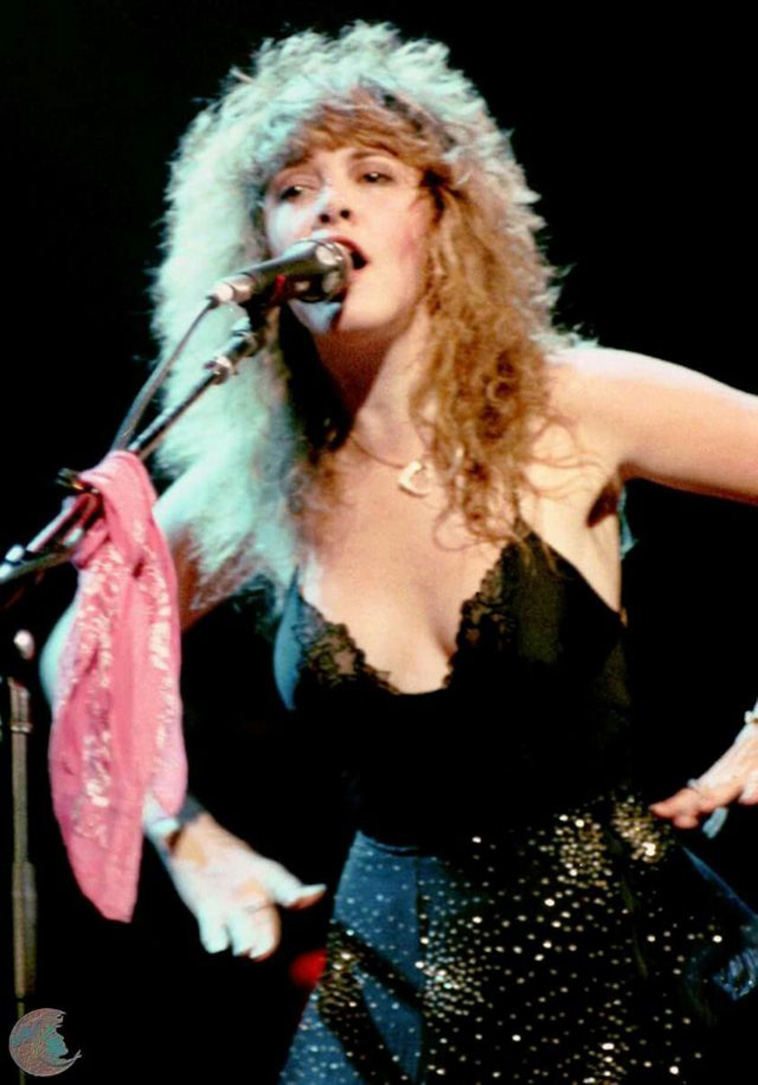 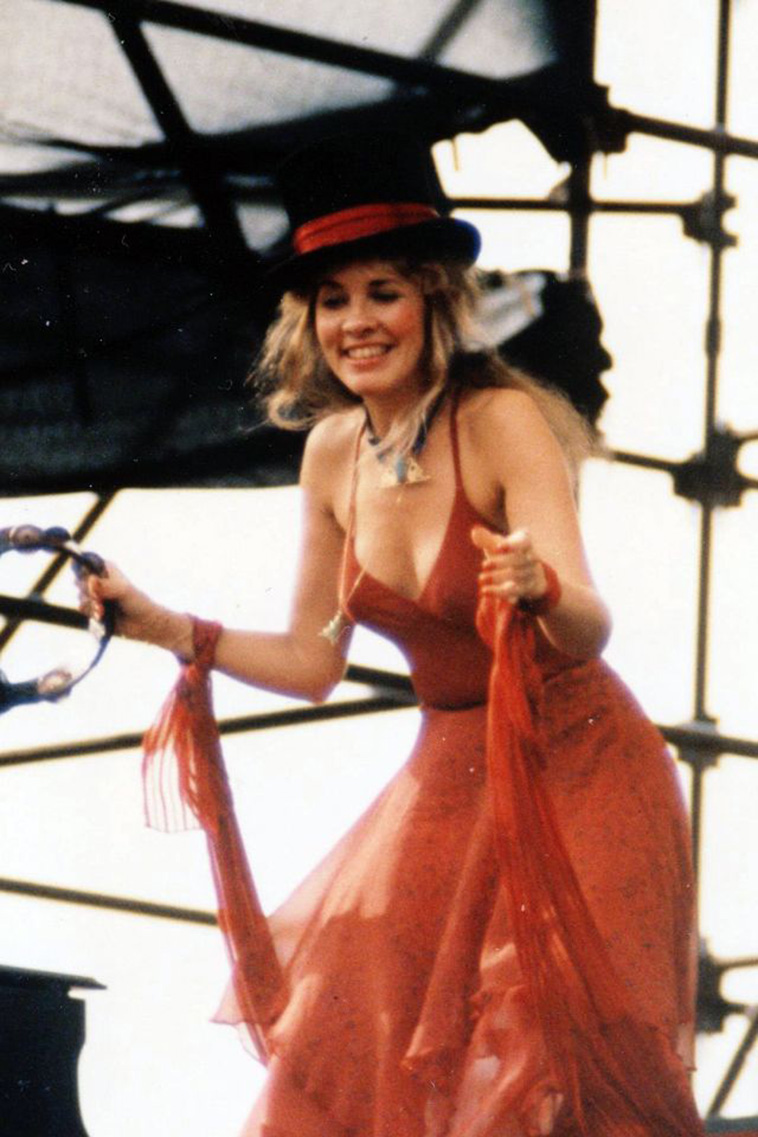 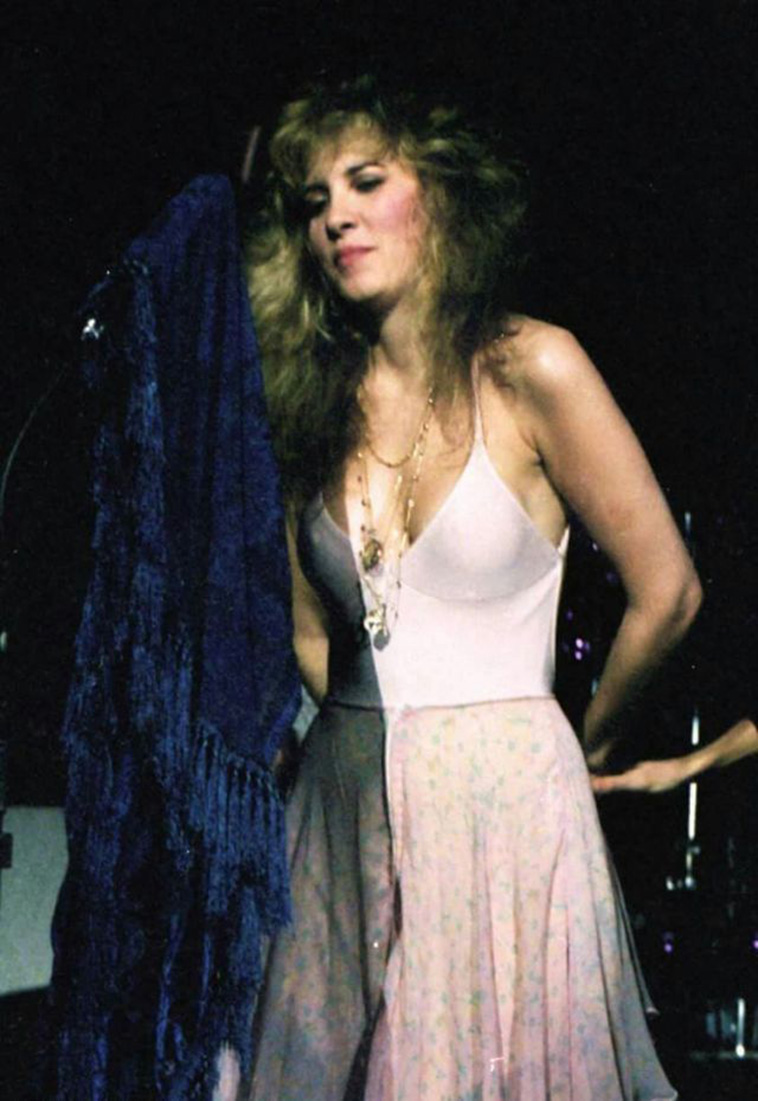 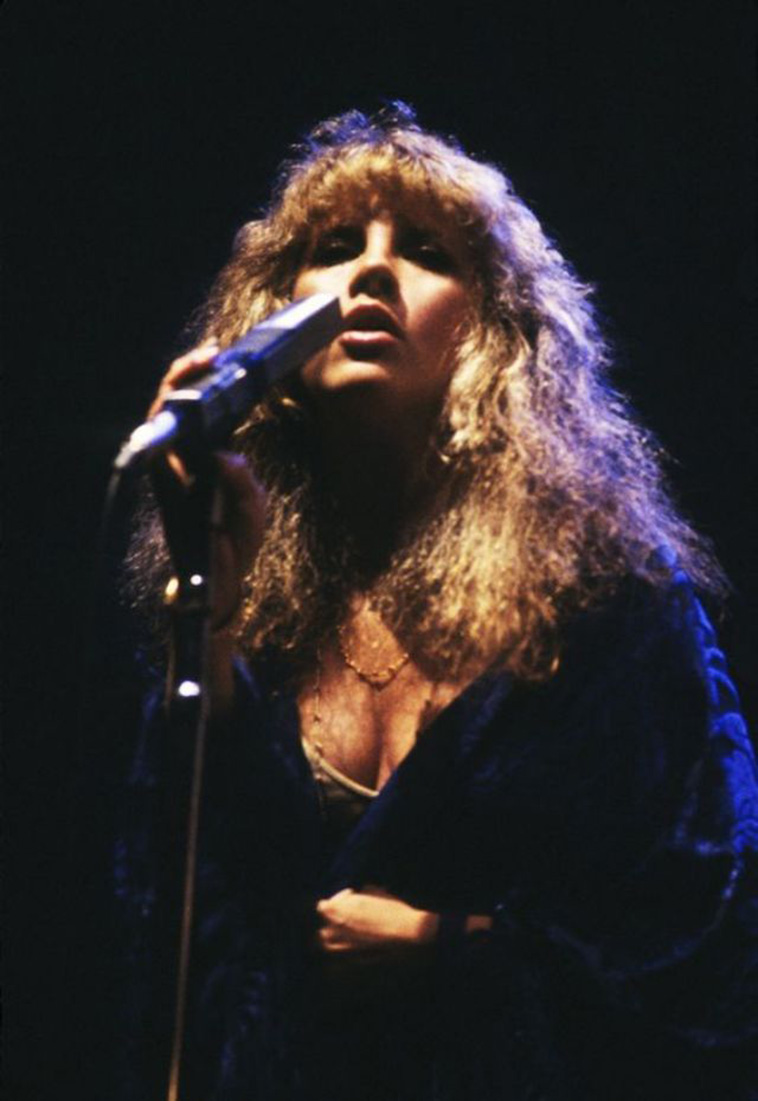 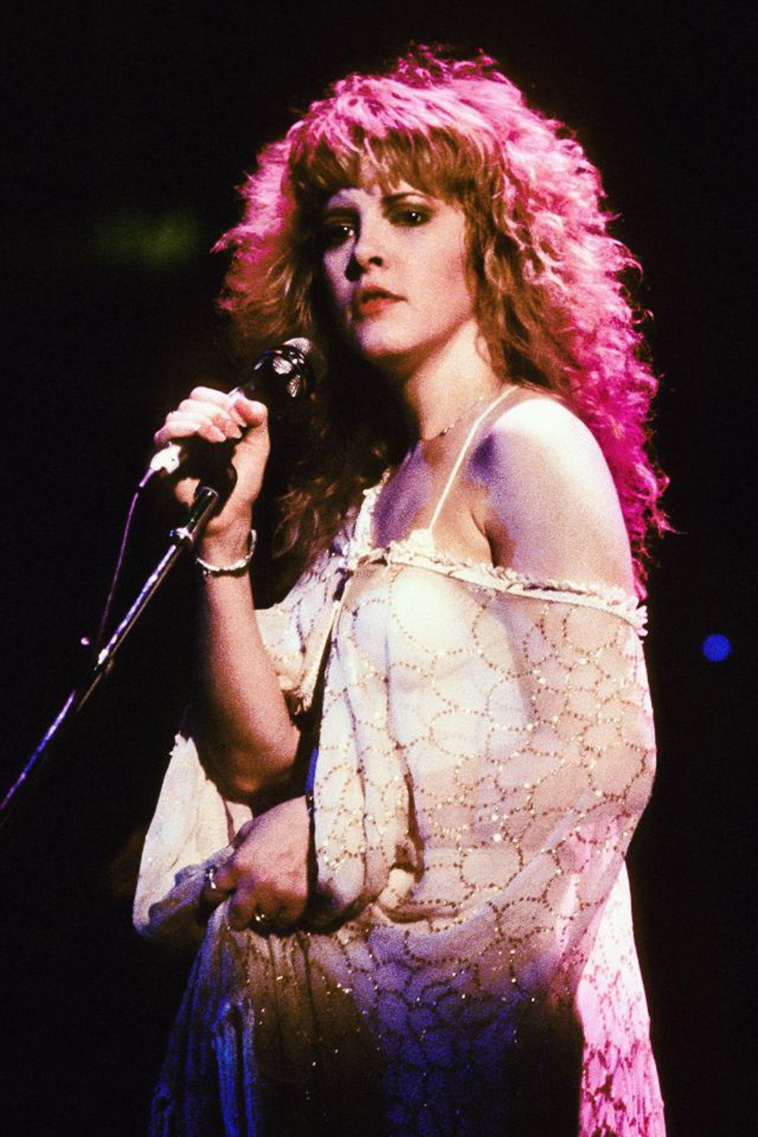 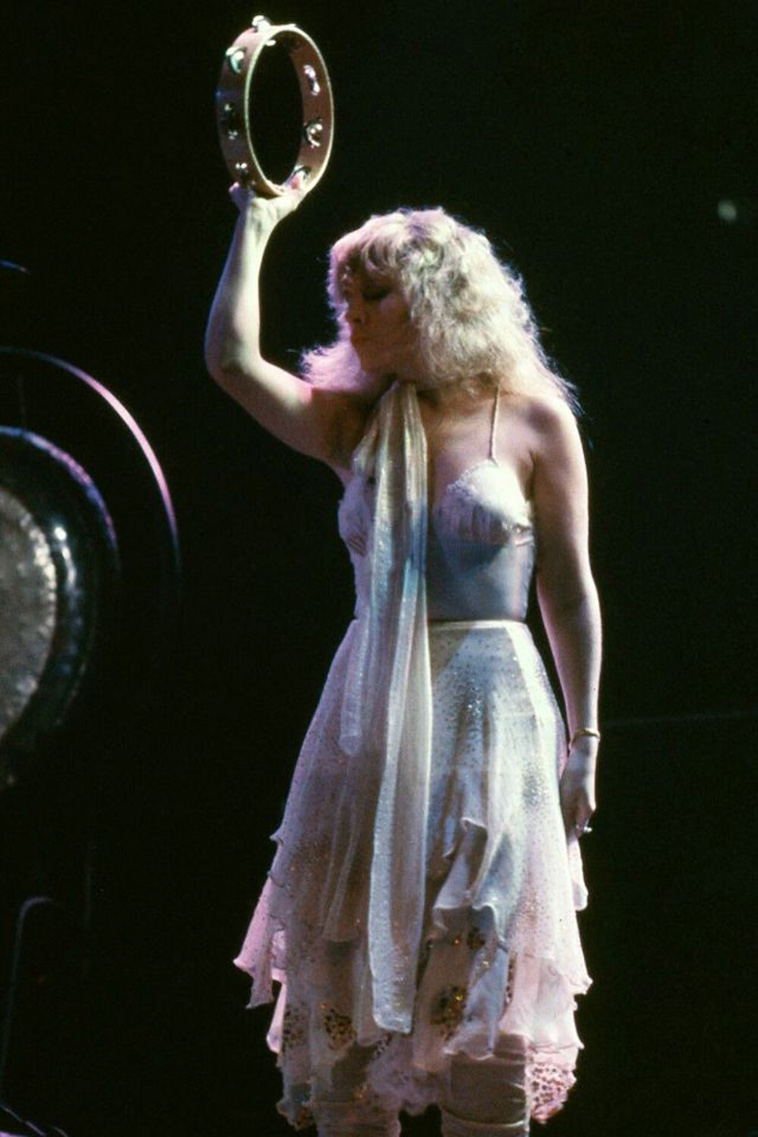 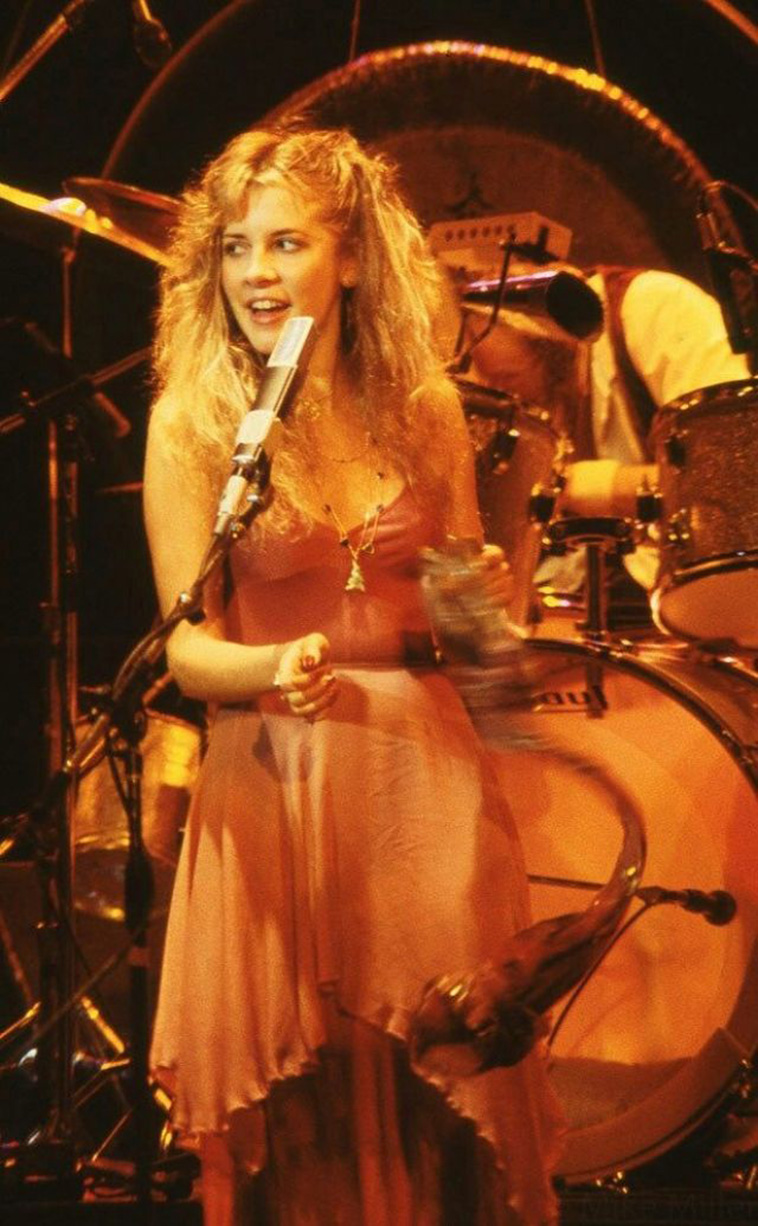 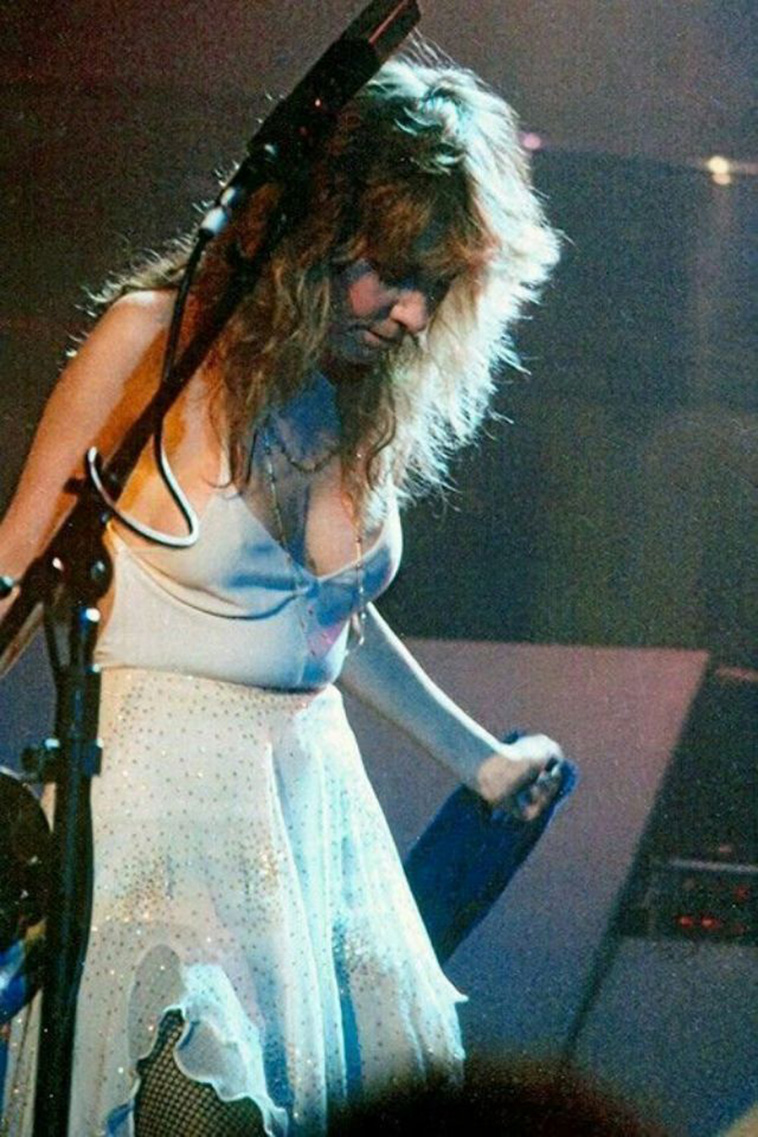 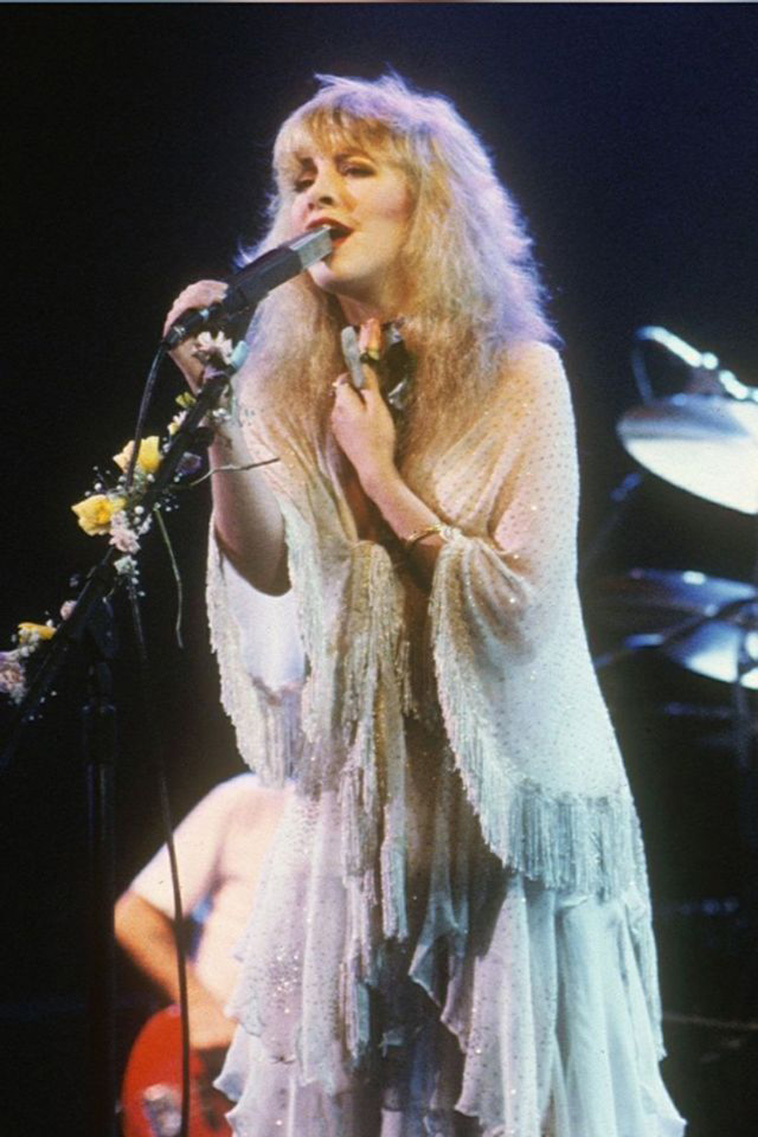 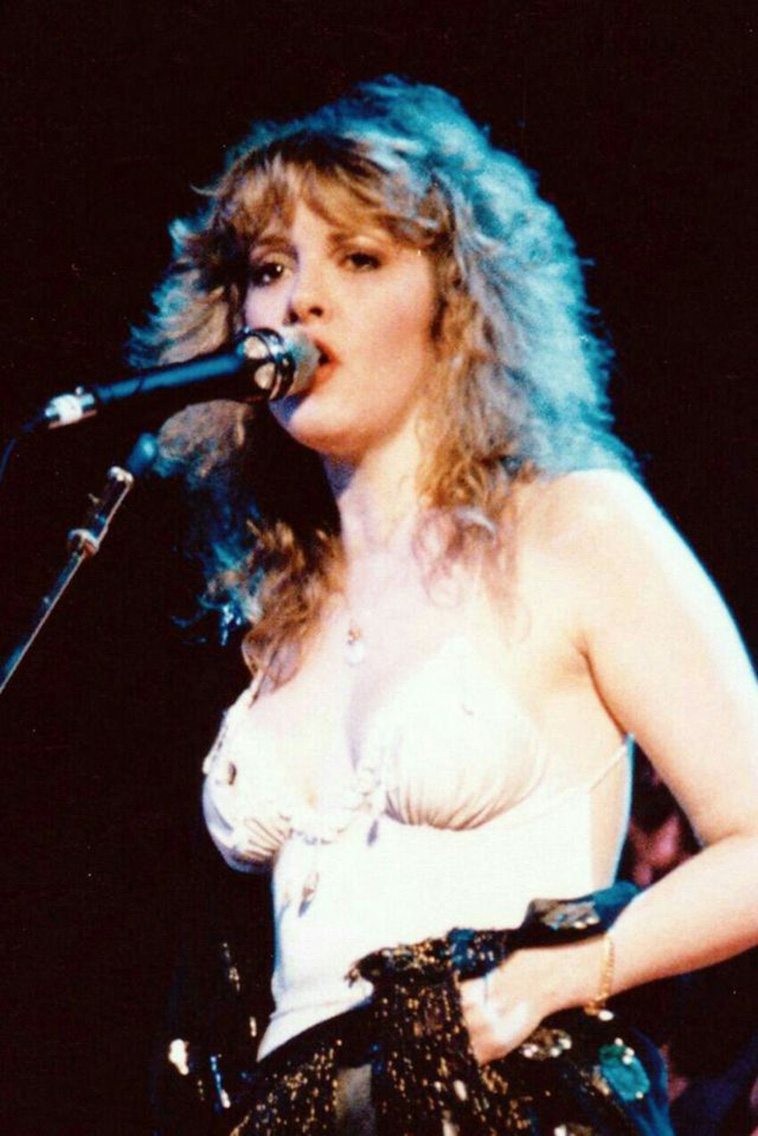 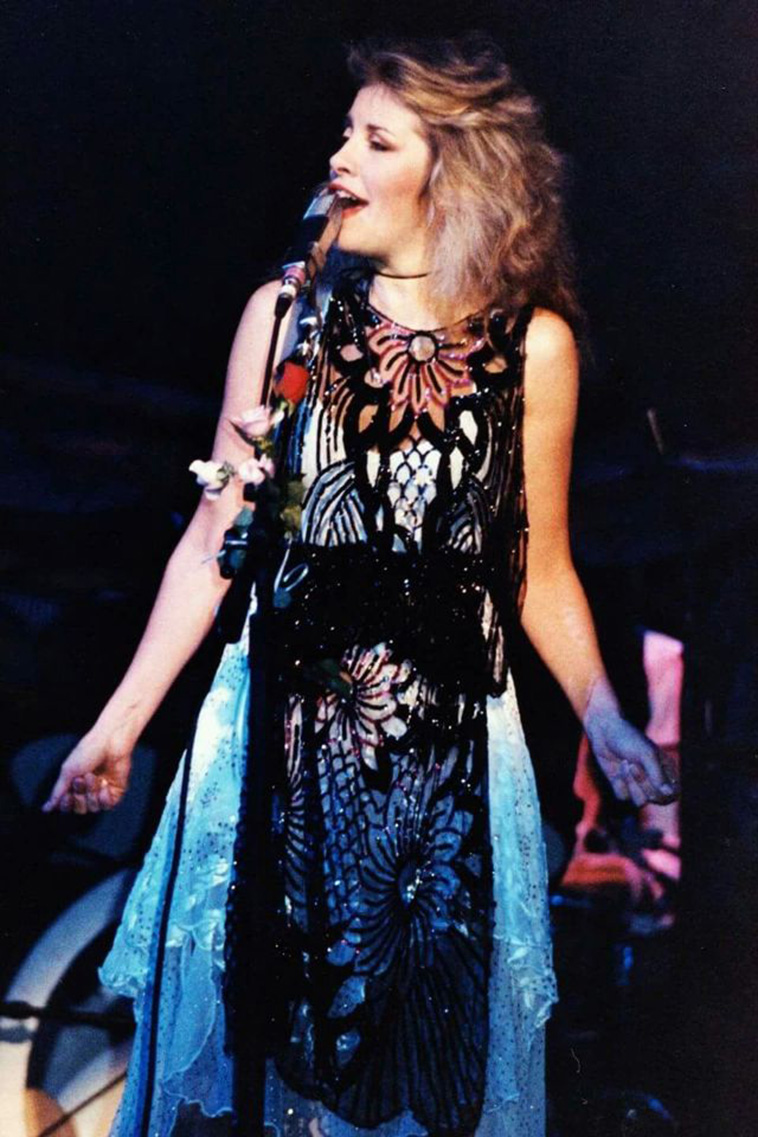 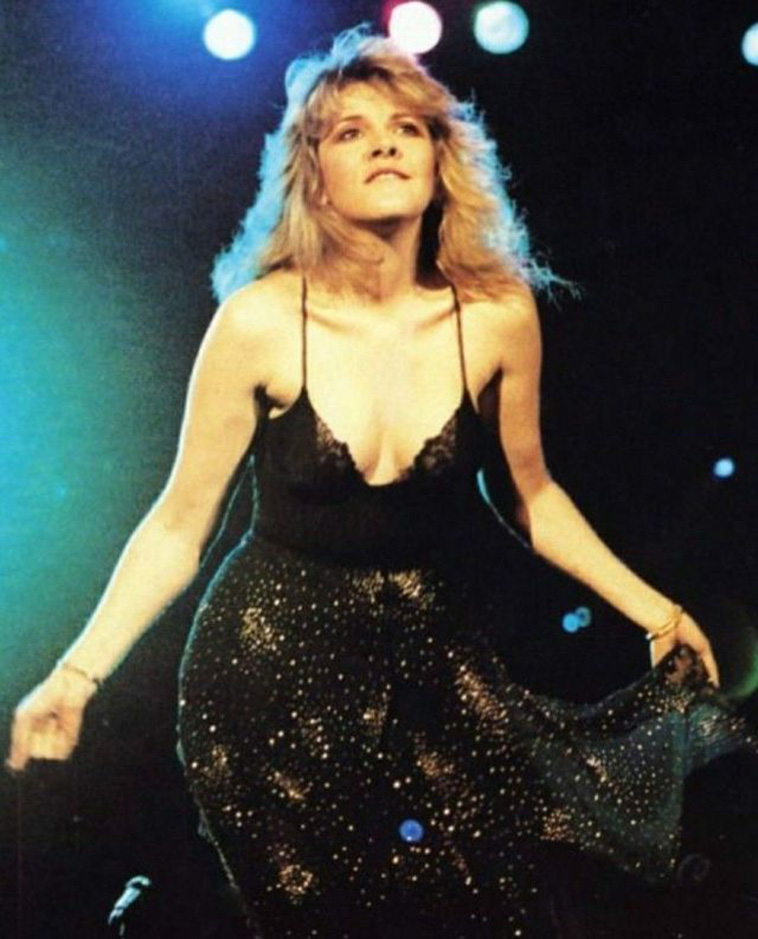 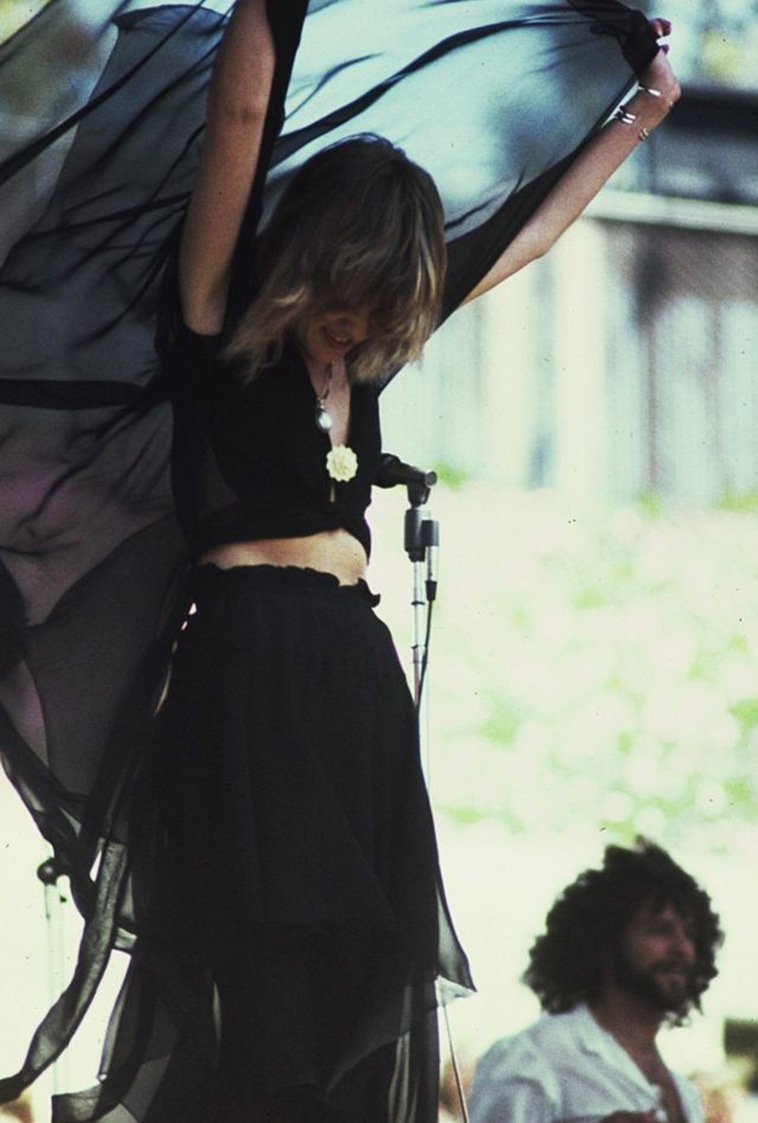 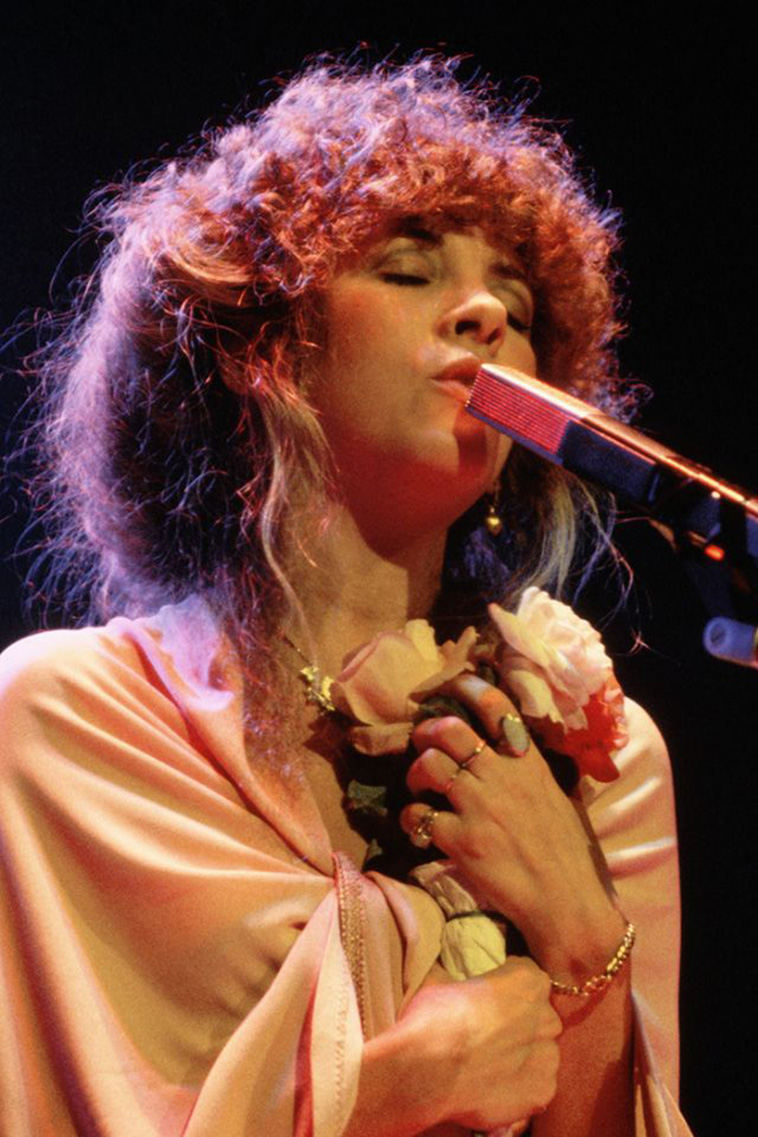