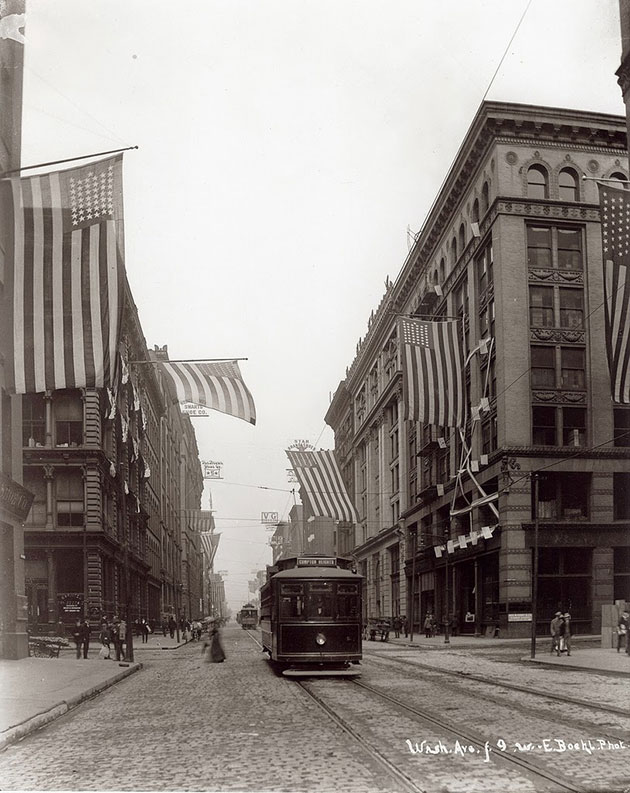 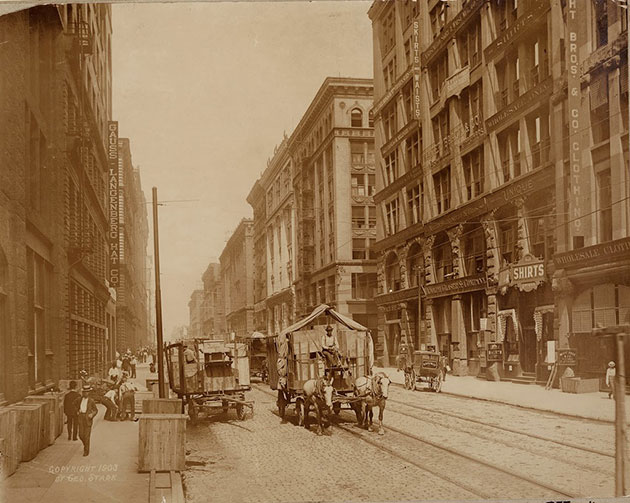 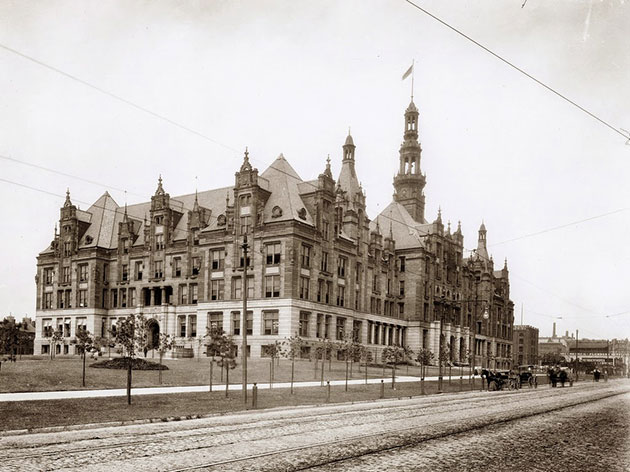 View of Union Station from Eighteenth and Market Streets. Photograph by A.W. Sanders, 1904. 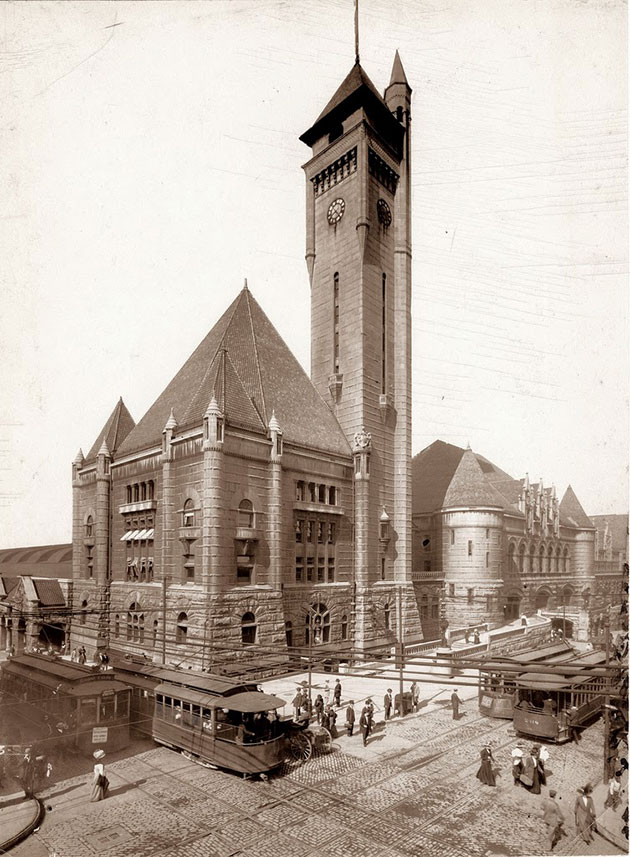 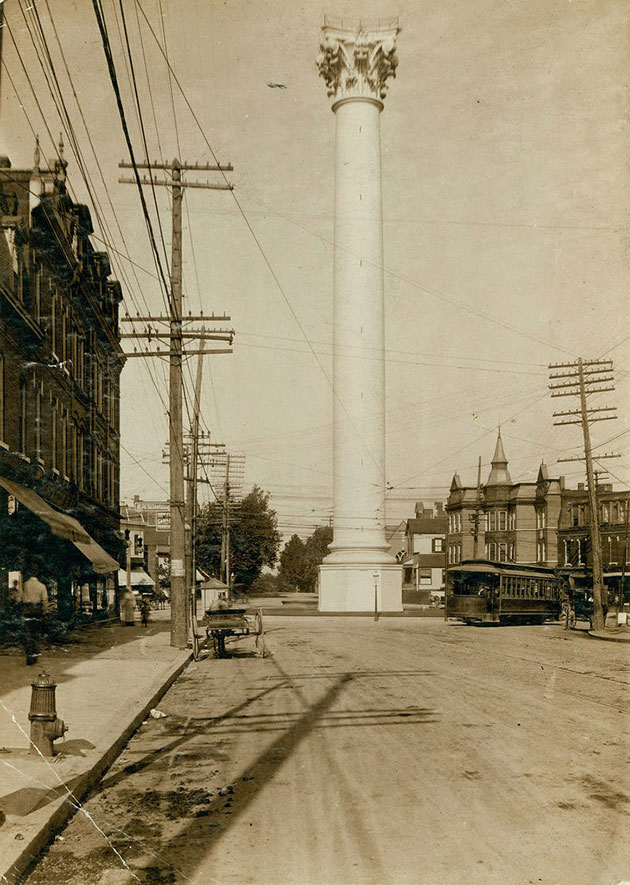 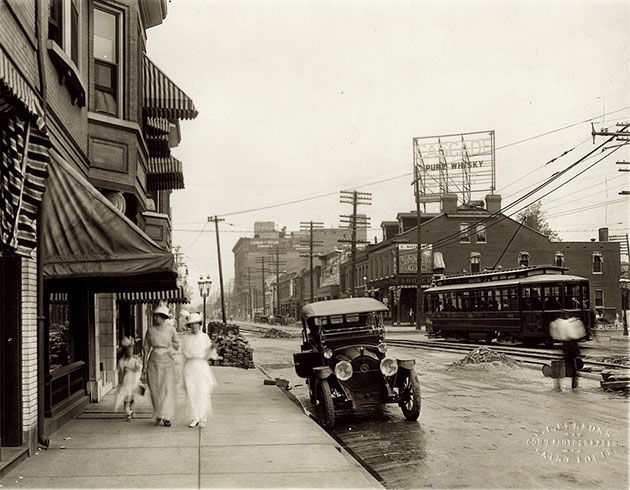 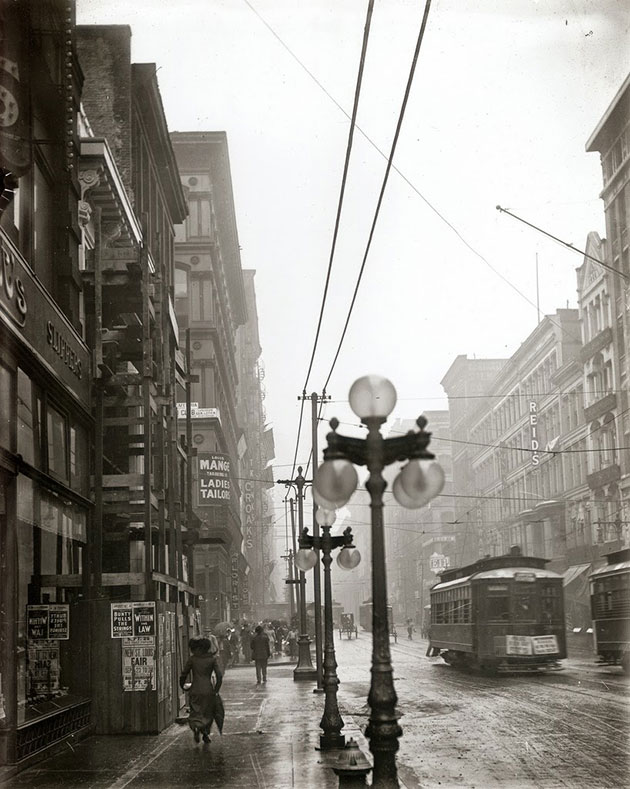 Two girls examining a bulletin board posted on a fence. An advertisement painted above them asks “Are You a Woman?”. Photograph, ca. 1916. 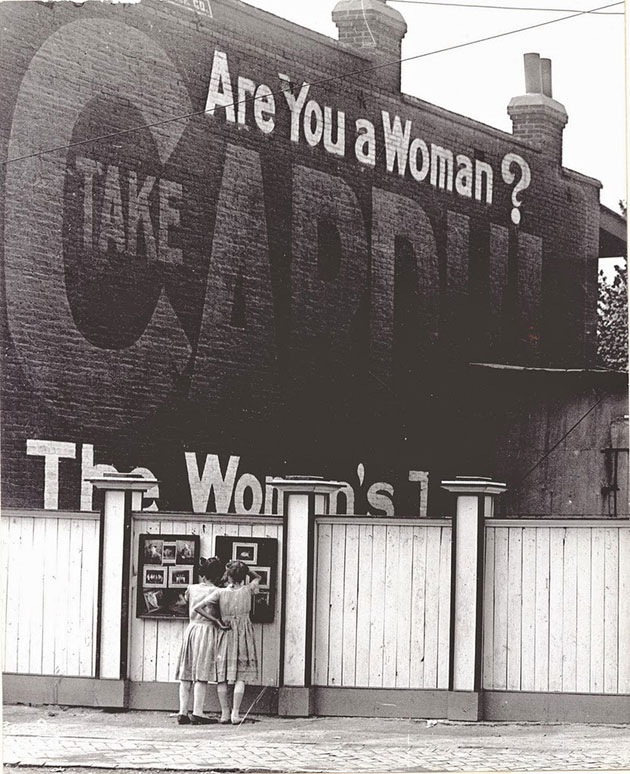 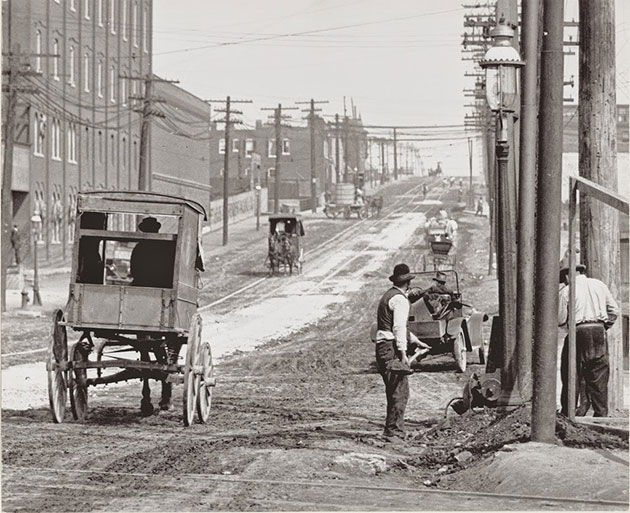 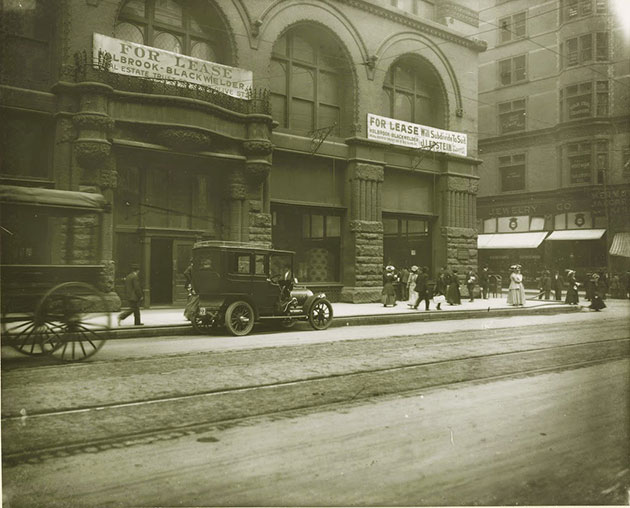