St. Louis is a city and port in the U.S. state of Missouri. The city developed along the western bank of the Mississippi River, which forms Missouri’s border with Illinois. Below is a selection of 30 stunning vintage photographs of street scenes of St. Louis in the early 20th century, via Missouri History Museum. 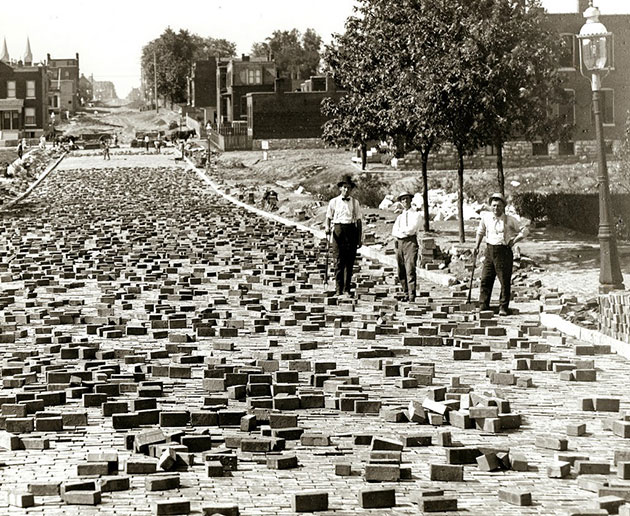 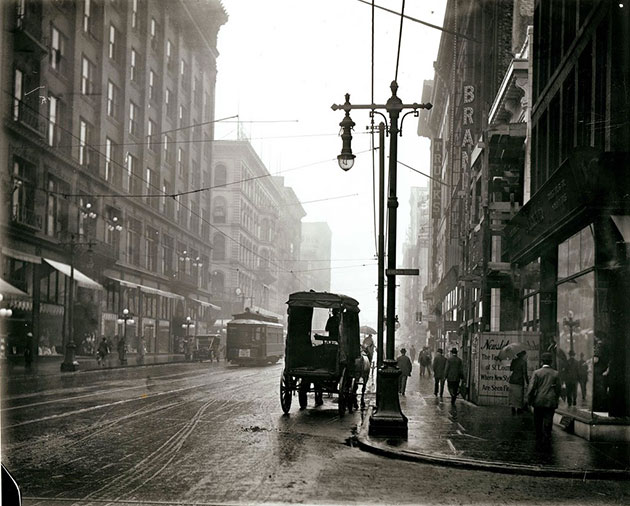 Group of men standing in front of the Globe Shaving Parlor at 1015 Carr. Photograph, ca. 1910. 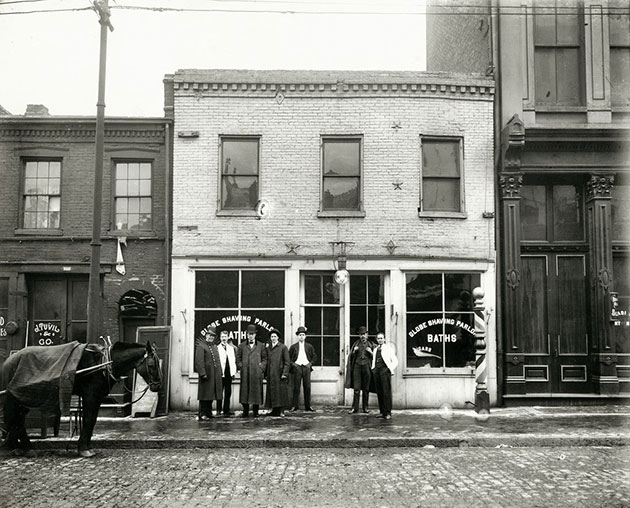 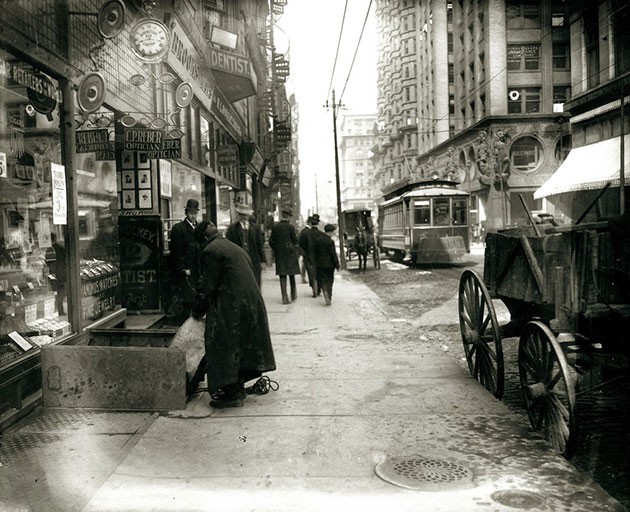 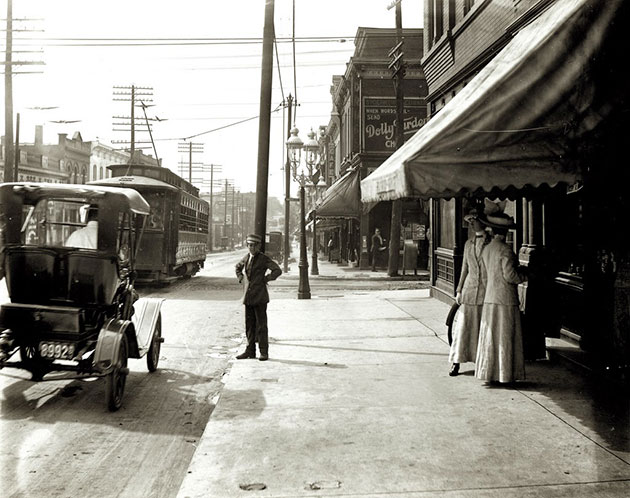 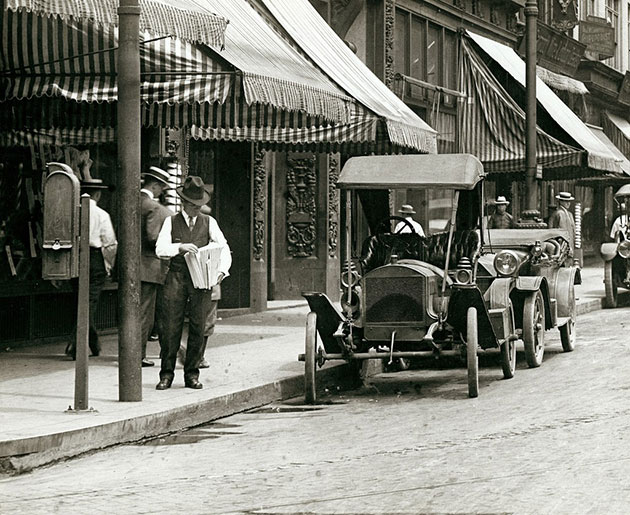 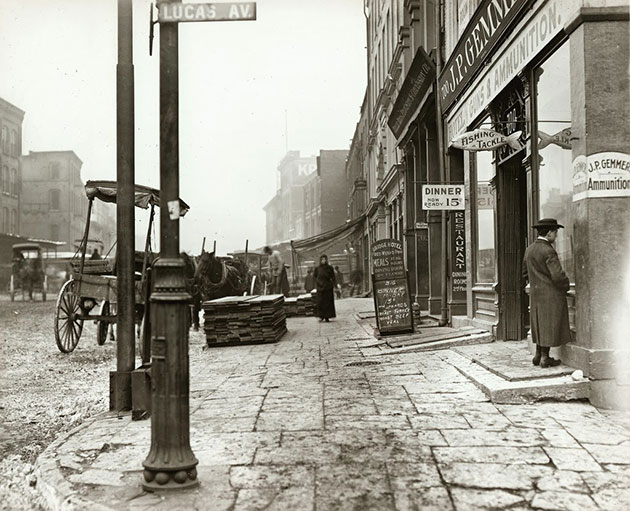 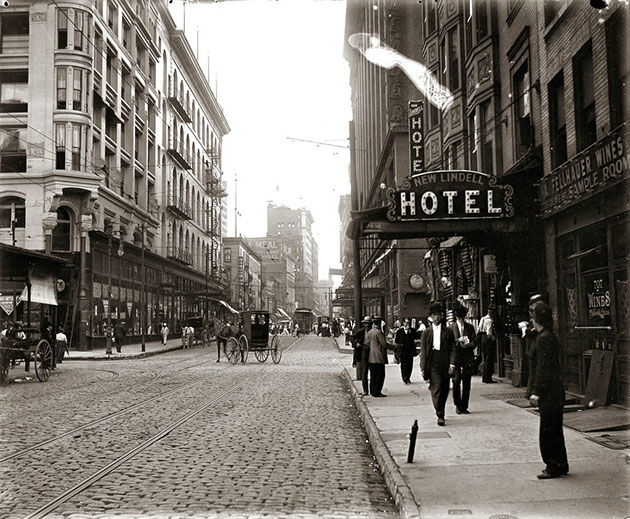 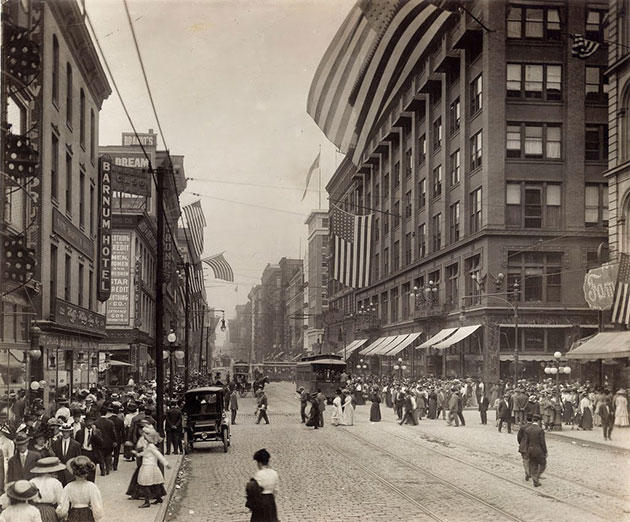 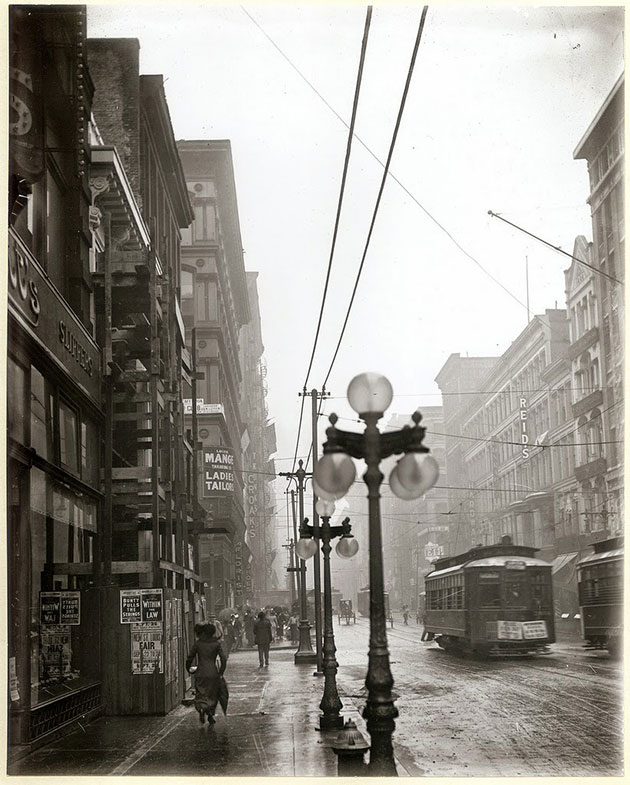