UK railway company Southern Rail has been feeling the brunt of some negative press in recent months. There’s a host of reasons for this, such as disputes within the rail industry, an increasing lack of diverse services and routes, not to mention an increasing number of late arrivals that have left customers less than happy with the company.

However, a recent PR decision appears to have given Southern Rail a much-needed dose of good publicity, and it’s all down to the charm and wit of a 15-year-old!

Eddie was recently working at the offices of Southern Rail as part of his work school’s work experience program, getting placed in charge of the company’s Twitter account for the afternoon.

The decision has gone down well, as users have been engaging the account like never before after Eddie made a post requesting questions, spawning the hashtag #askeddie. He answered some of the more odd and quirky questions from users of Twitter, some of which you can see below. 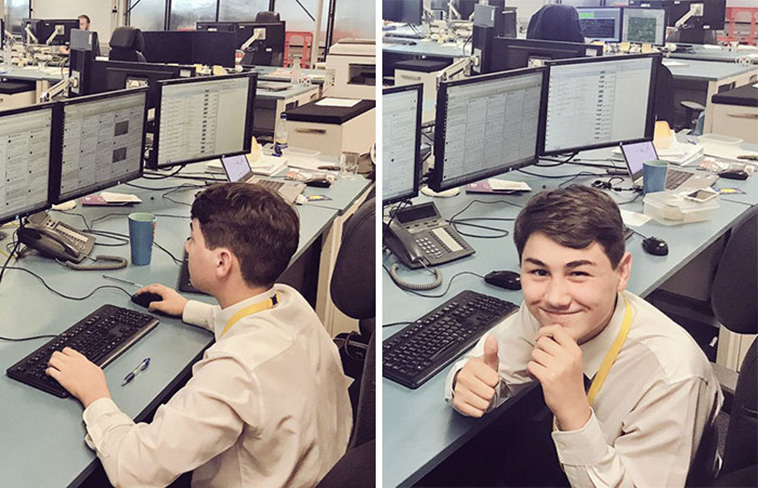 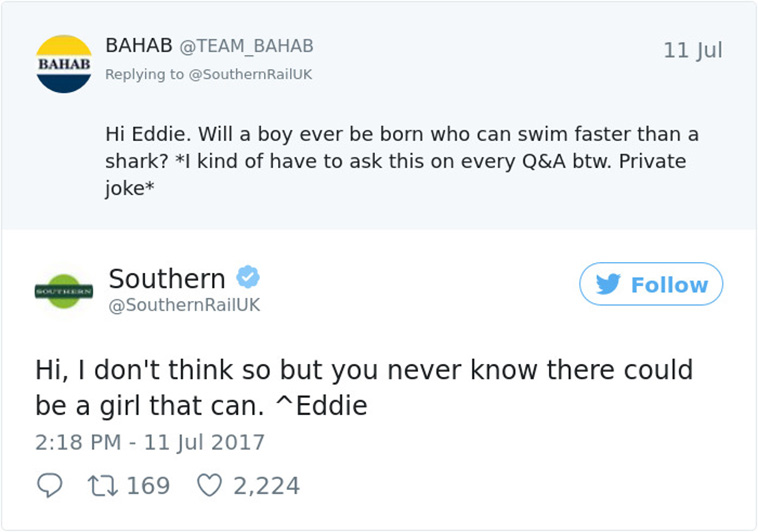 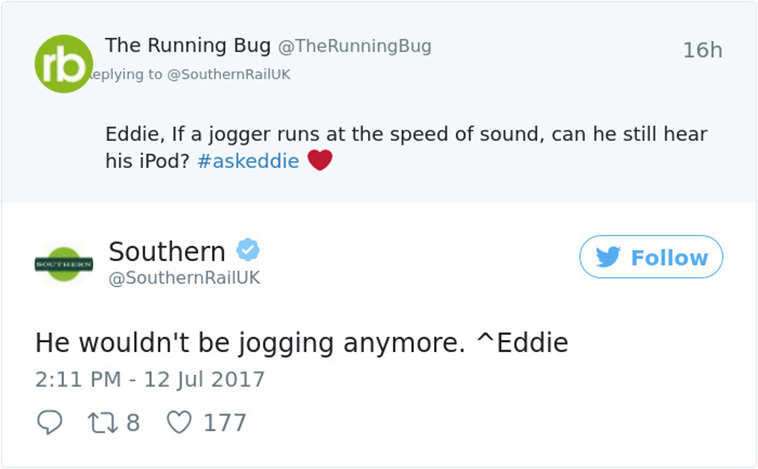 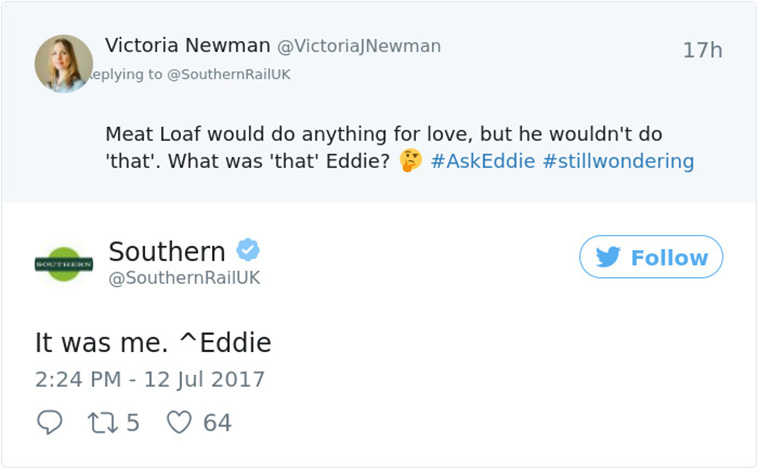 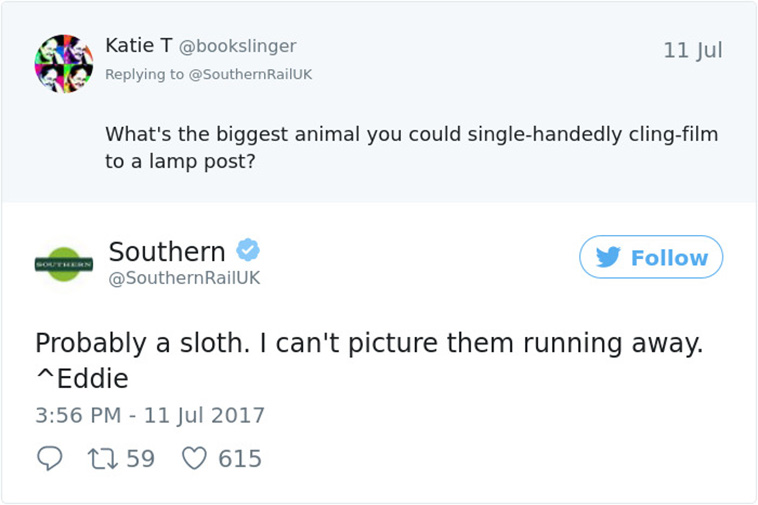 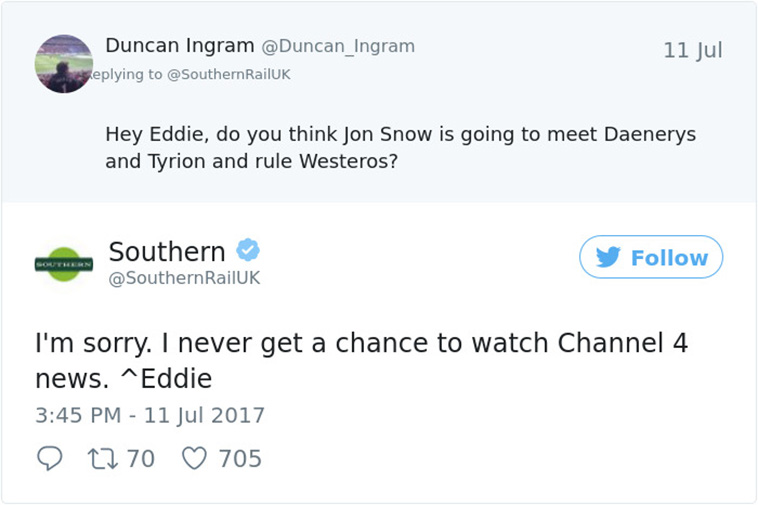 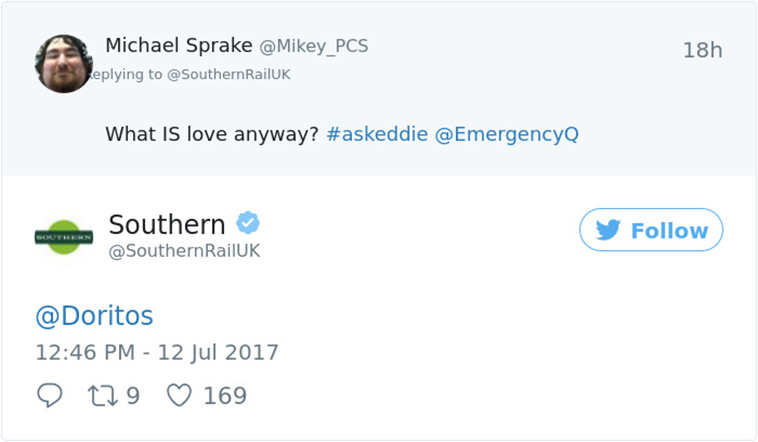 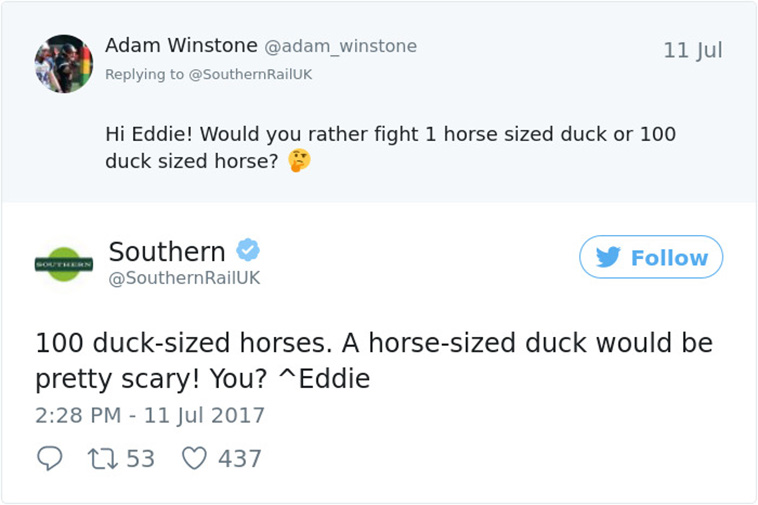 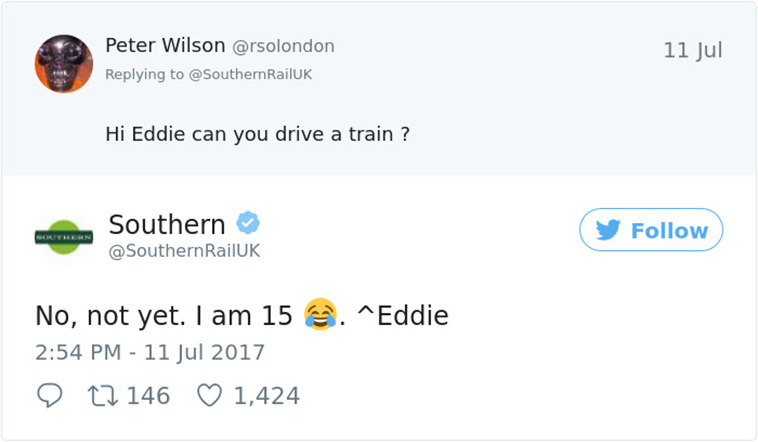 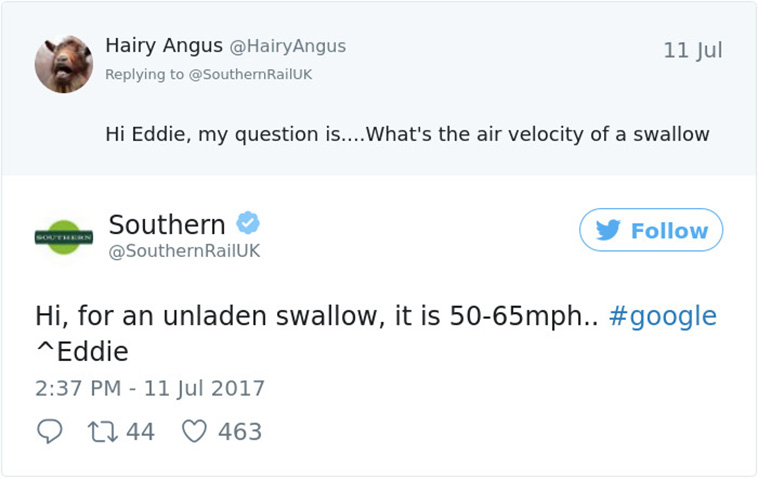