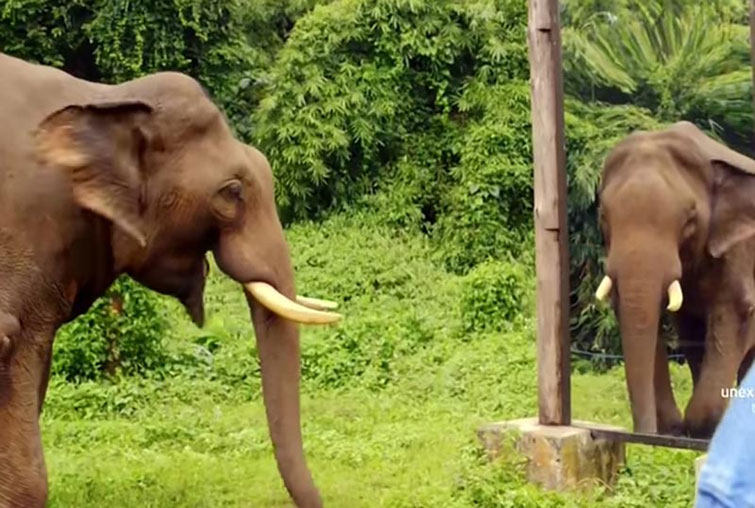 When looking in the mirror, the elephants that were filmed try to climb the wall that the mirror is attached to, and then start to explore behind it, determined to find out who is behind the mirror.  After the game is up, however, they do recognize that they can see themselves in the mirror and they will rub at the dye on their face.

Despite the fact that they live in the sea, there are many scientists who believe that orcas have many thought processes like humans.  They can solve complex problems and do things of their own desire, not as orders.  They can recognize themselves in the mirror and their behaviour is very similar to that of a human. 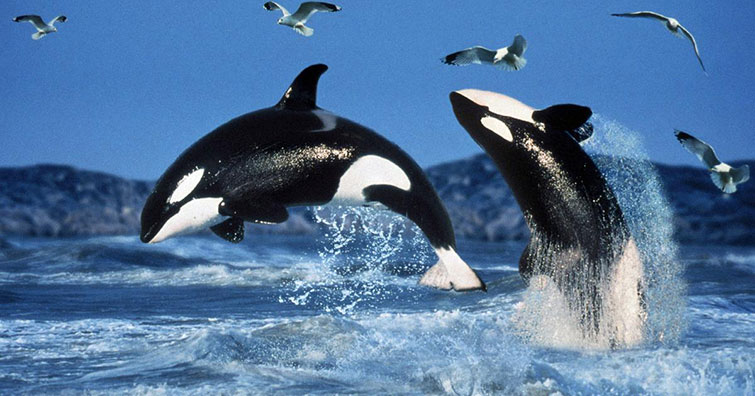 It has been known for many years that chimps are entirely self-aware.  They are so smart, in fact, that they can look at a dot of dye in a mirror and wipe it off simply be looking at their reflection. 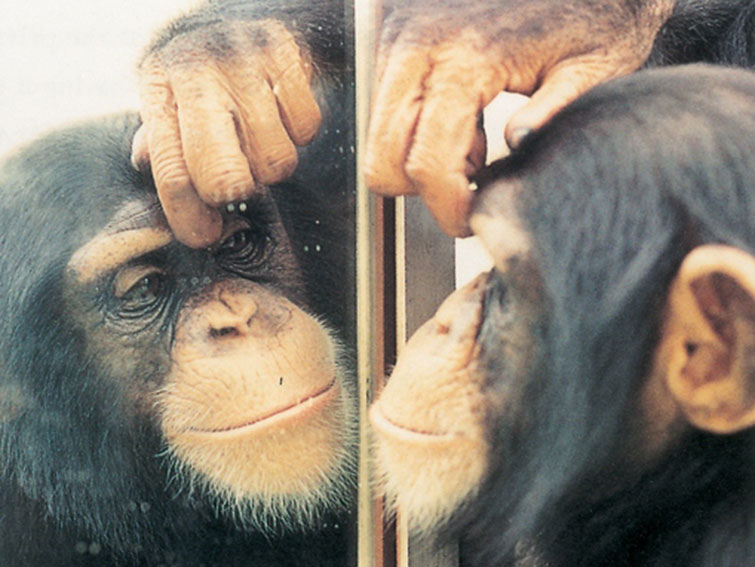 Dolphins such as these eagerly check themselves out in the mirror, swimming up to them as soon as they are exposed to it.  They will inspect their new dye dots and compare them to others around them.  They will also choose between mirrors to choose the best ones for them. 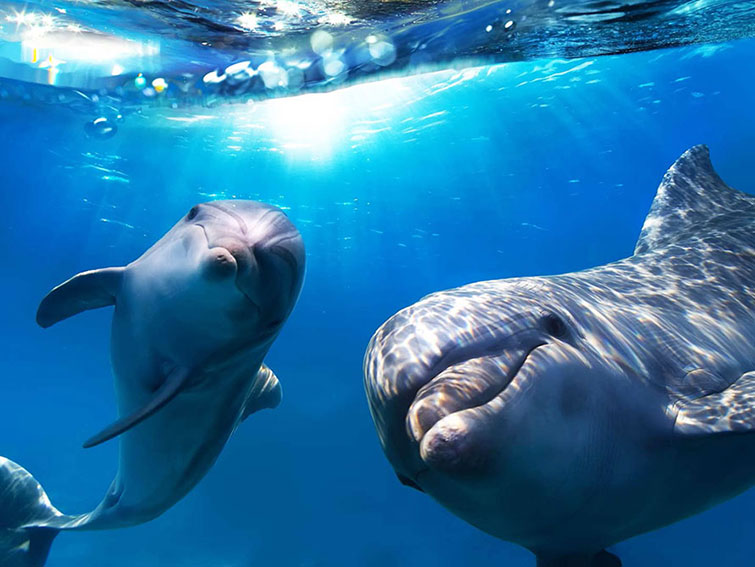