Queens Zoo in New York City has a new resident – and he couldn’t get any smaller. The male deer fawn weighs a minuscule 1lb (450g), and is only 6 x6 inches making it one of the cutest new-borns staying at the zoo. He belongs to the Pudu species, which are the smallest type of deer in the world, and is one of the 3 of his breed currently on display. A relative to the South America deer, the Pudu are a sub species known for their solitary nature. They enjoy diets of leaves, kale carrot and hay, and tend to keep to themselves. In fact, they don’t interact with other members of their species unless it is for mating. Due to their small stature, they are susceptible to predators, including birds of prey such as the horned owl. As diminutive animals they bark when frightened and shiver when angered – there is even a rumour that they can die from fear induced cardiac problems. 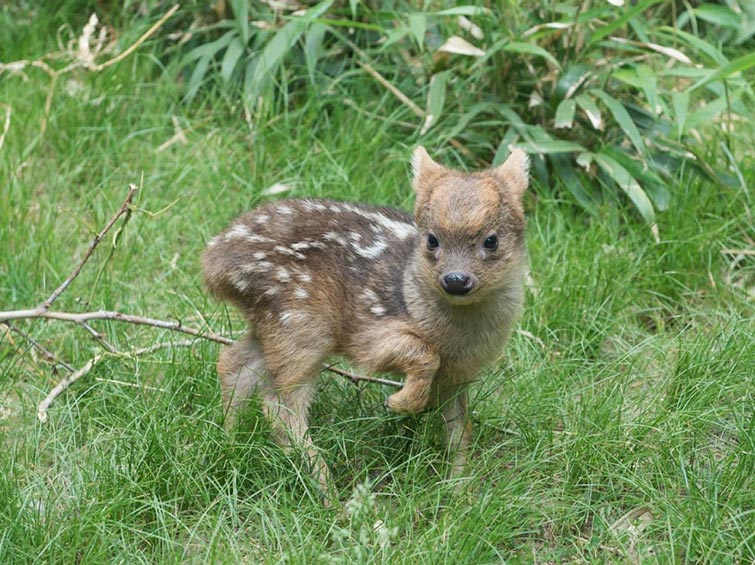 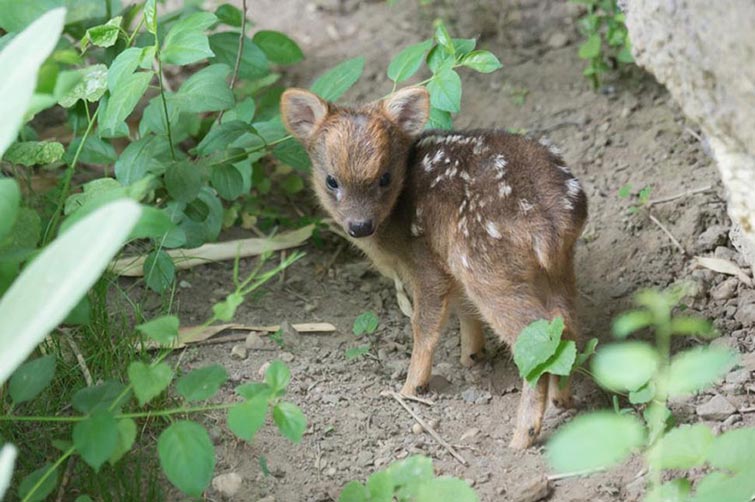 This baby deer was born at the same zoo a month earlier: 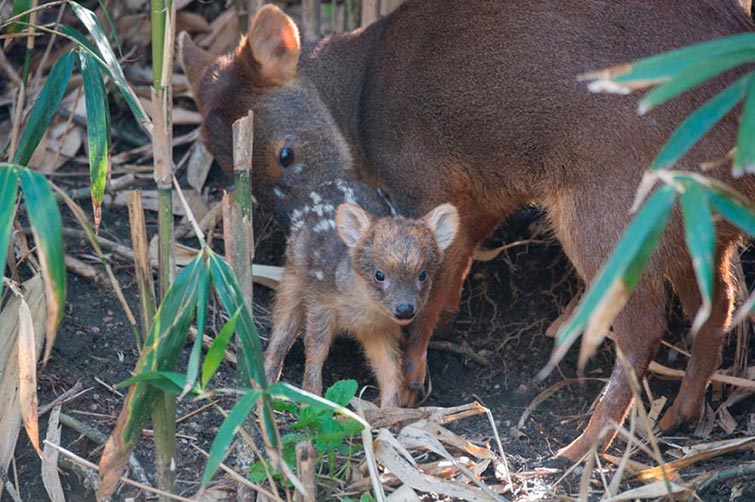