A research team led by Professor Masato Sakai(Cultural anthropology, Andean archeology) at Yamagata University discovered 143 new geoglyphs, which depict people, animals, and other strange beings, like drawing what looks like a reptilian, etched into the desert in southern Peru around the enigmatic Nazca Lines.

Researchers from the university led by professor Masato Sakai have been studying the Nasca Lines since 2004 and while the latest discovery is a tremendous boon to their research, scientists say much more is needed to continue their work while preserving the site.

These efforts led to the detection of the new figures, which range from roughly five to 100 meters in length. Much like the known Nazca drawings, the geoglyphs discovered by Sakai’s team depict a wide range of living things and objects, including people, birds, monkeys, fish, reptiles, and more abstract designs. The drawings were made by the ancient culture by removing the rocky black topsoil, which revealed light-colored sand underneath. 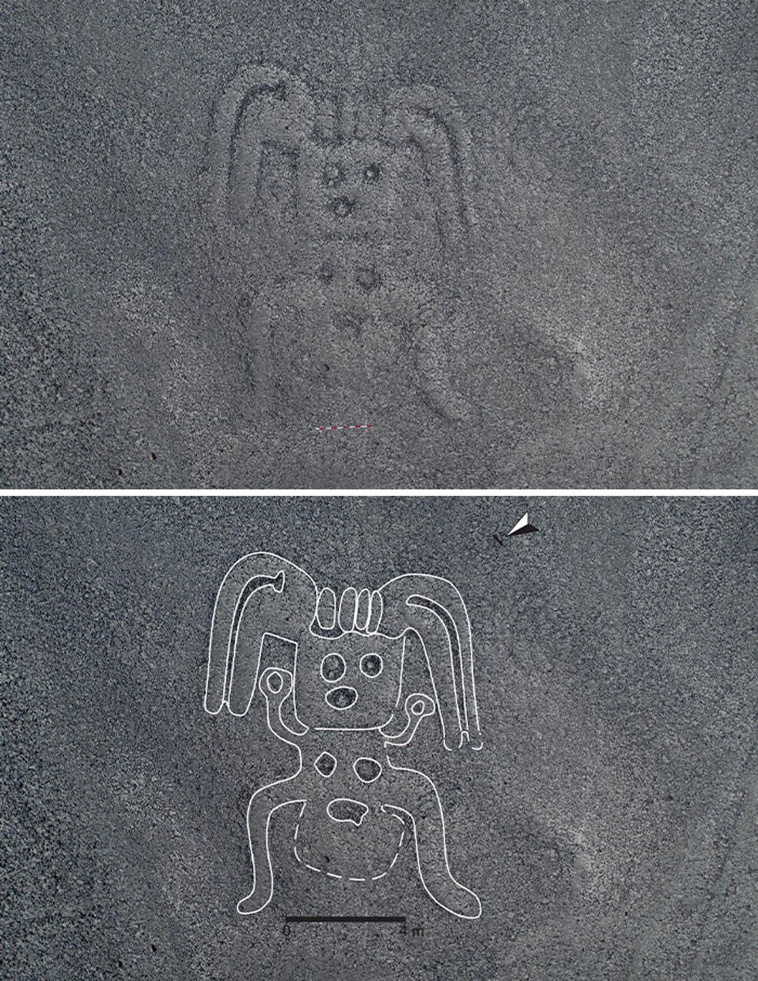 A newly discovered geoglyph, top, in Peru’s Nazca Lines has human form. The image, below, offers a clearer picture of what it depicts. The black rule at the bottom of the photo shows it is 4 meters wide. (Provided by Yamagata University) 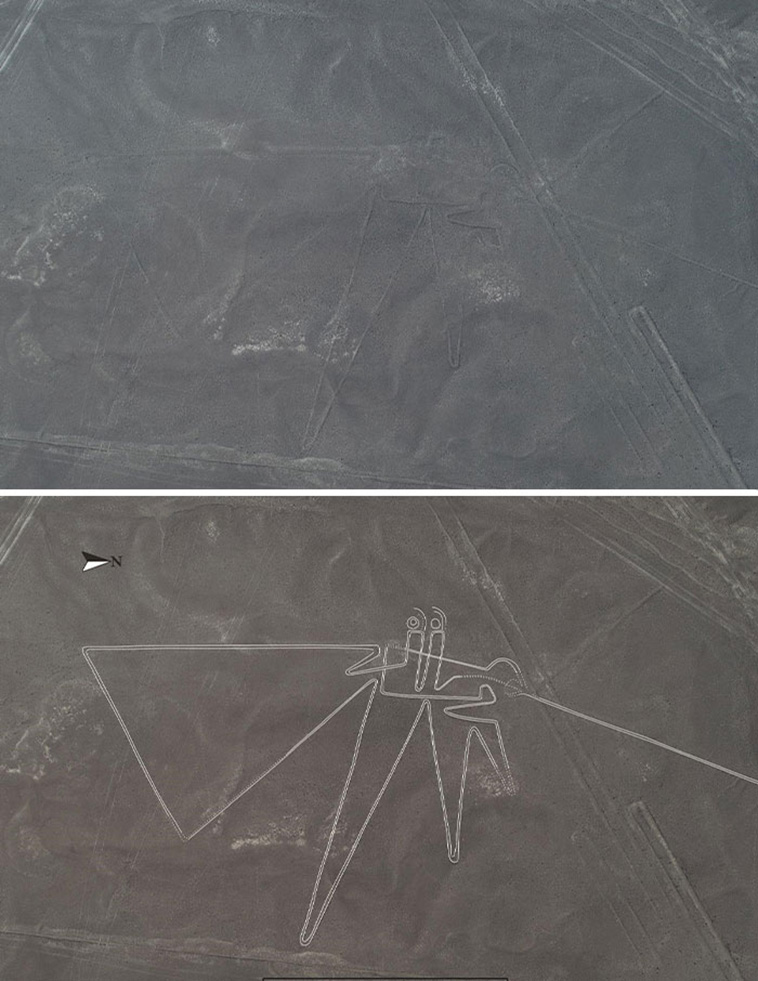 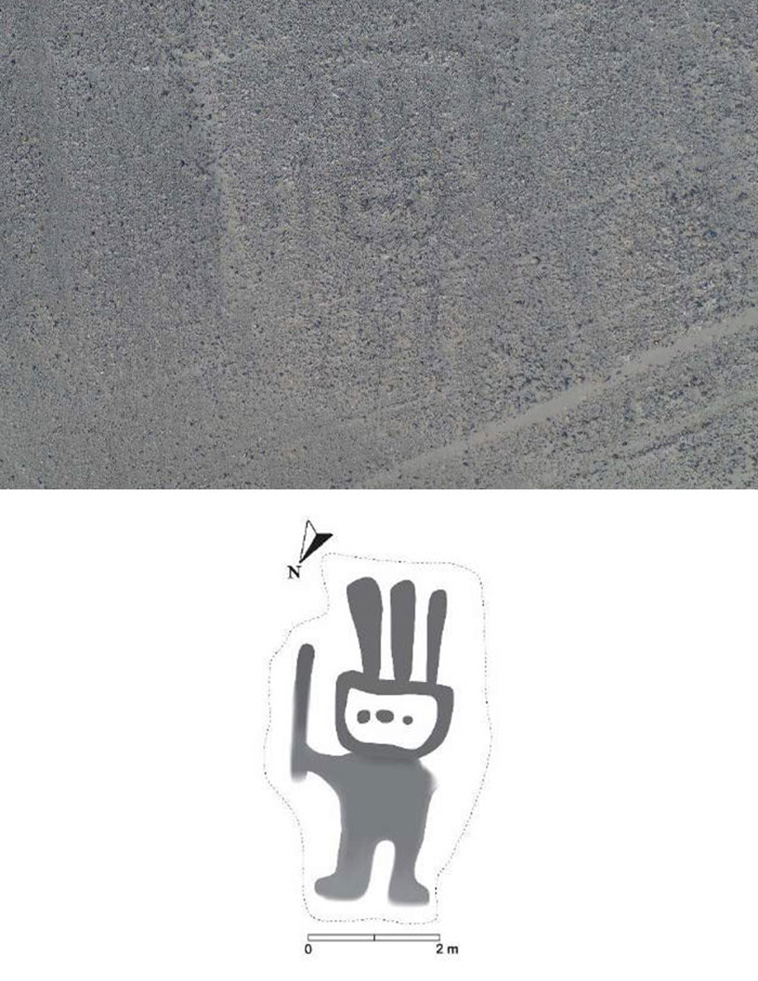 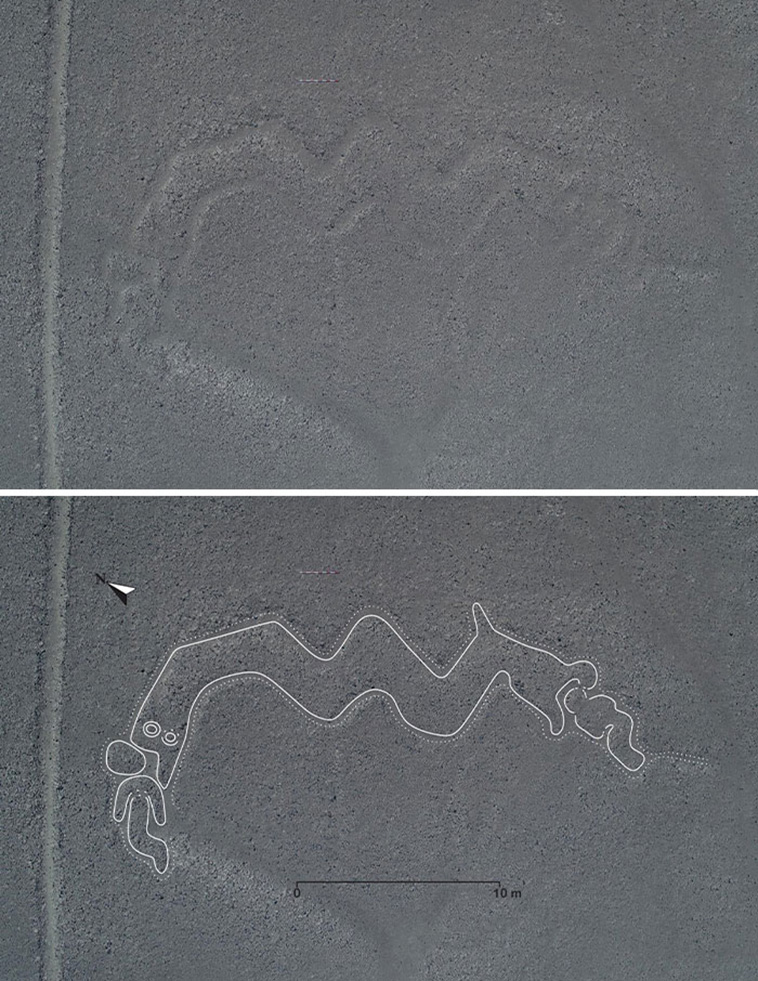 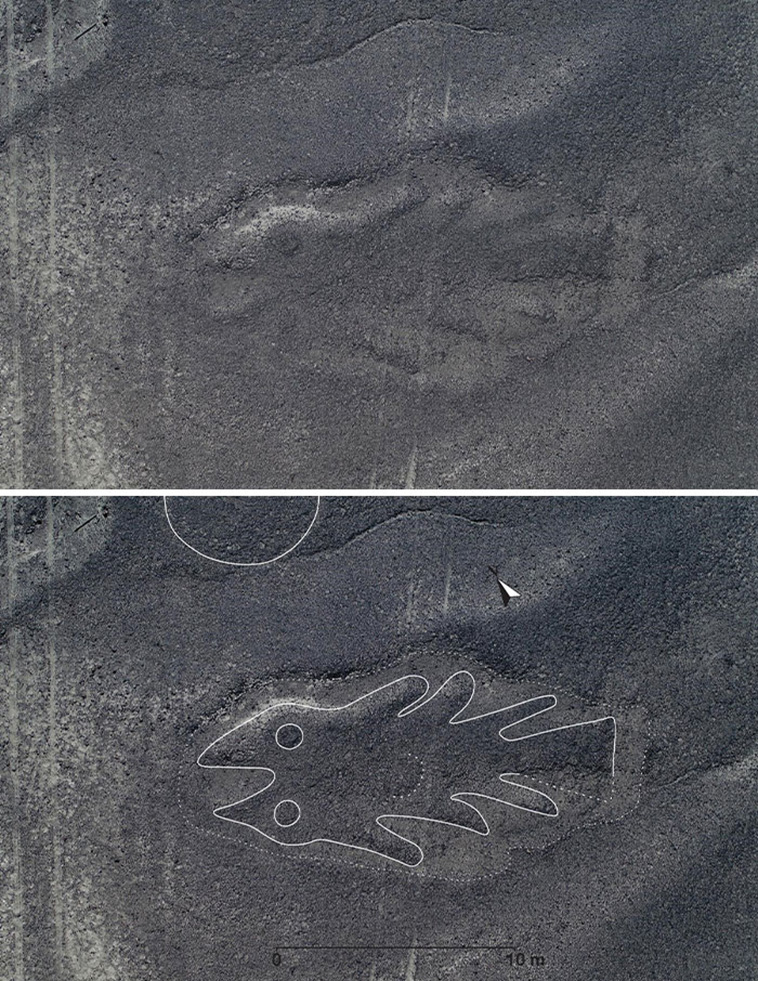 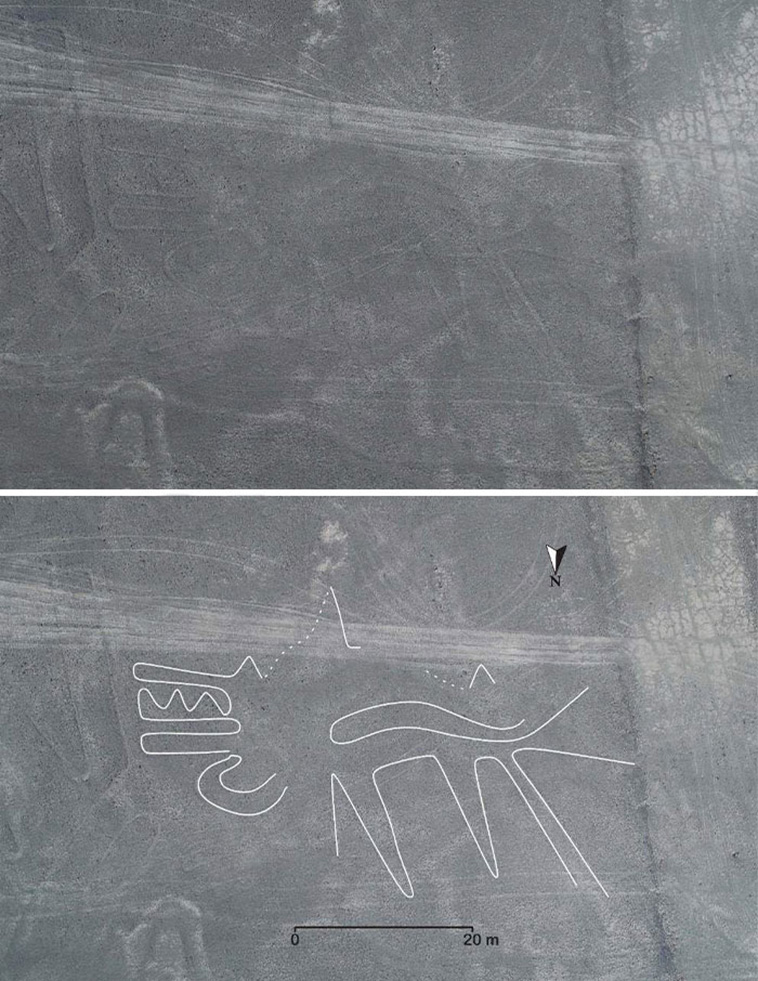 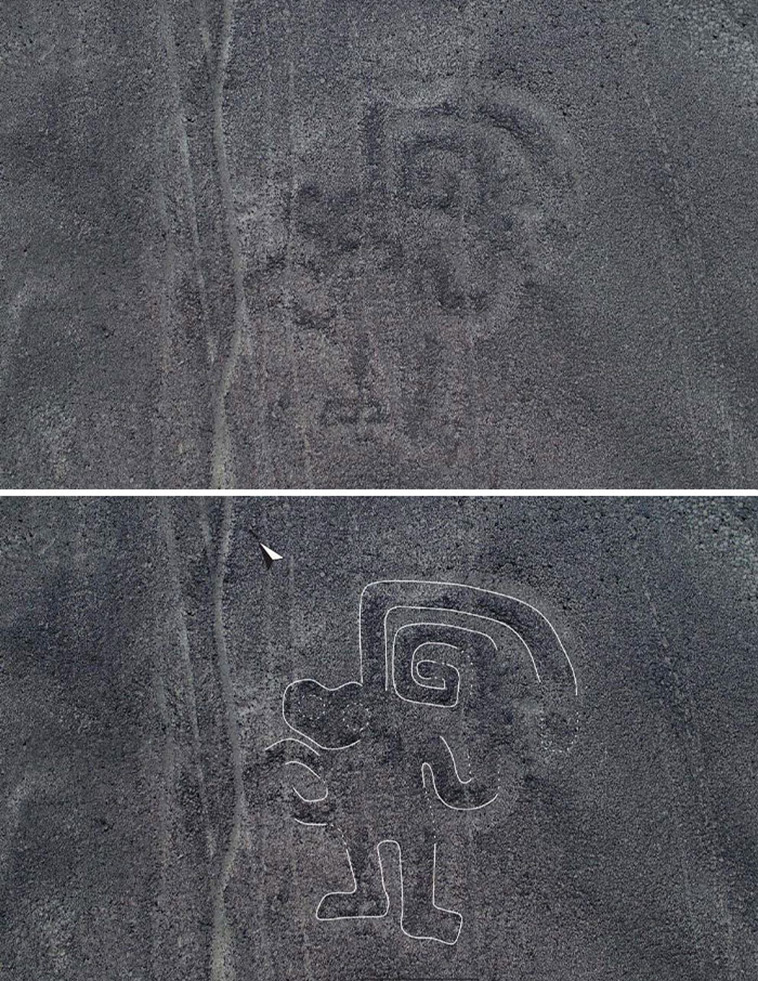 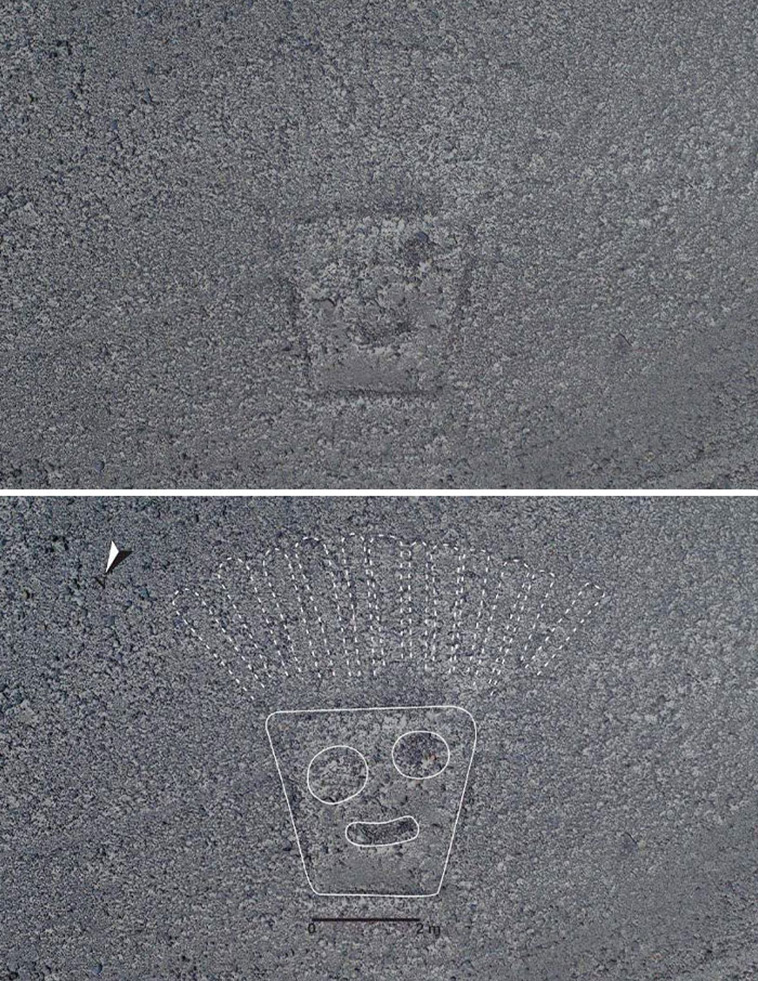 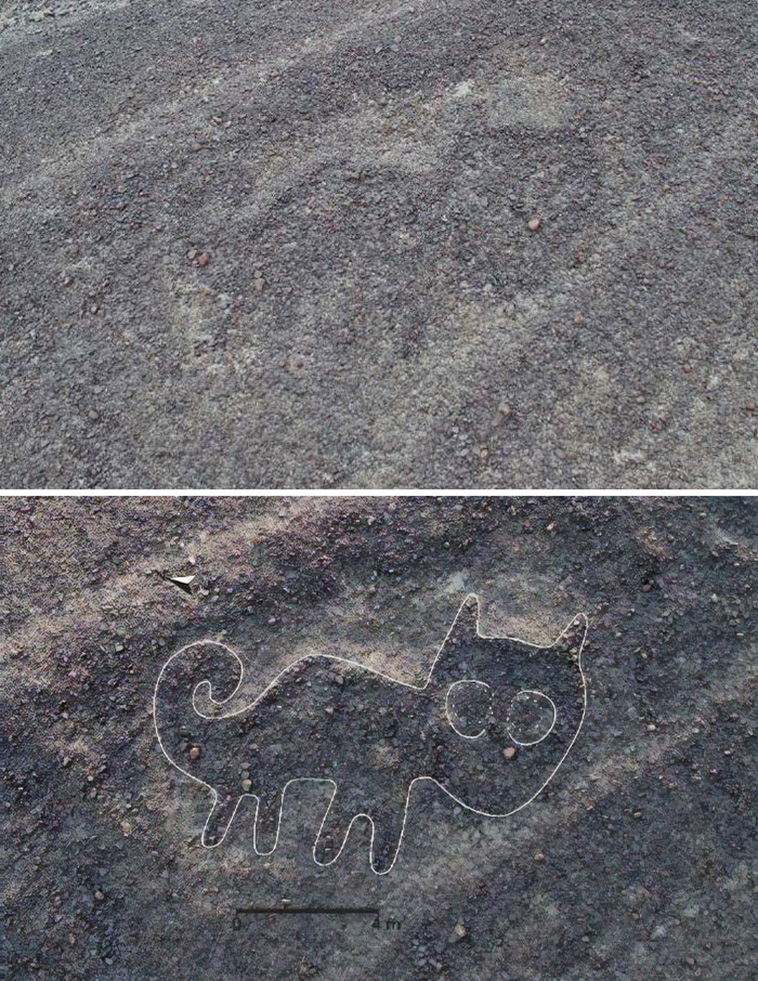 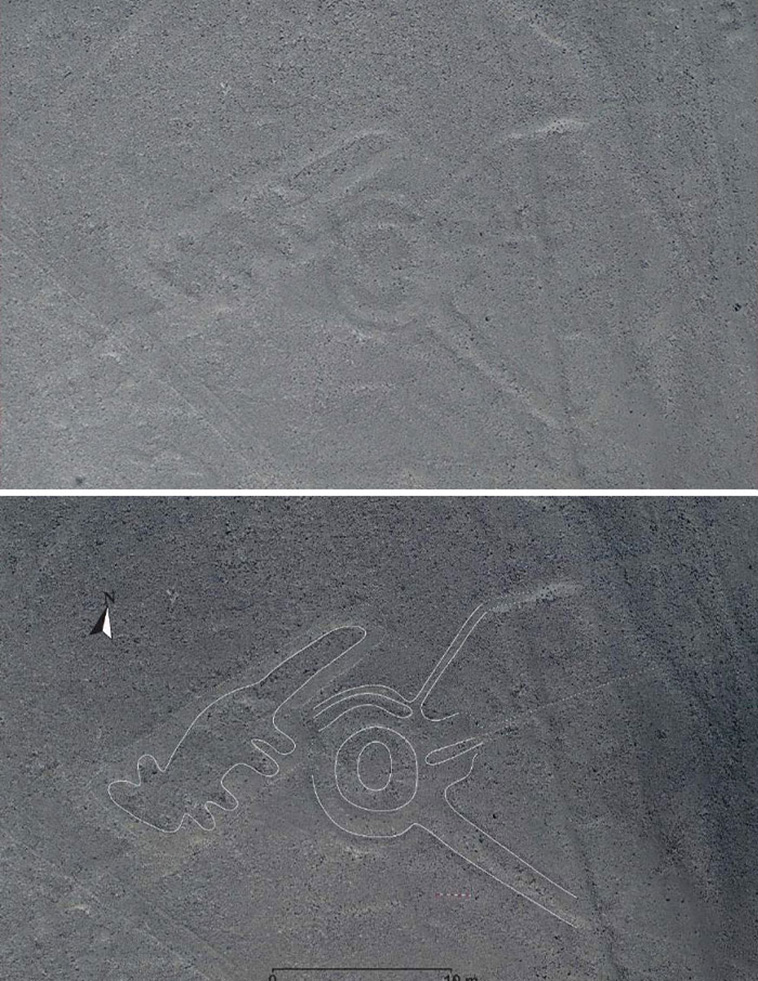