A rooftop racetrack on Fiat’s Lingotto factory in Turin, Italy hosted an interesting race in 2011. The race, which was made with many Vespas, caused many nice pictures. But that was not the first driving on the rooftop of the factory. 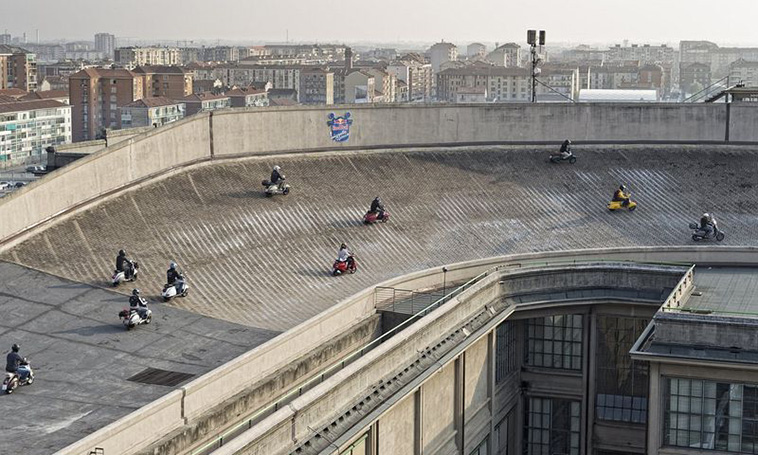 A Vespa racing event on the roof of Lingotto’s Fiat Factory, organized by Red Bull in 2011. Photo credit: www.motoblog.it

The Lingotto factory is a massive half-kilometer long reinforced concrete structure, five stories tall, that once housed the largest and most modern car manufacturing plant in Europe. It was built between 1916 and 1923, the building was the brainchild of Italian engineer Giacomo Mattè-Trucco, and was one of the first buildings of its size to rely heavily on reinforced concrete. Space constraints imposed by the railway lines nearby and the shape of the terrain forced Giacomo Mattè-Trucco to develop a building that went vertically up and ended in a simple yet ingenious looped rooftop test track with two banked turns.

The track is reached by spiral ramps at either end of the building that threads their way up through floor after floor. These ramps are braced by reinforced concrete ribs that radiate from the columns around the central well like the ribs on the underside of water-lily leaves. 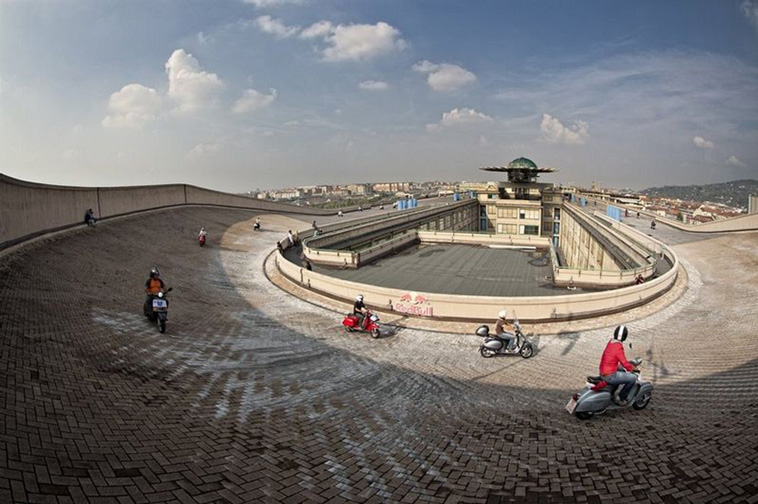 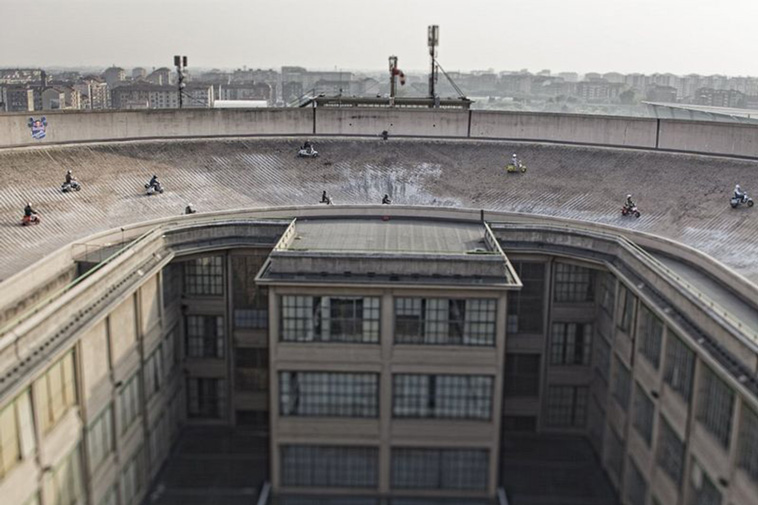 The Lingotto Factory produced 80 different models of cars putting out an average of 200 in a day from its opening until the 1970s when it was eclipsed by the modern Mirafiori plant. The last Lancia Delta rolled out of the factory in 1979. Three years later, the factory was officially closed. 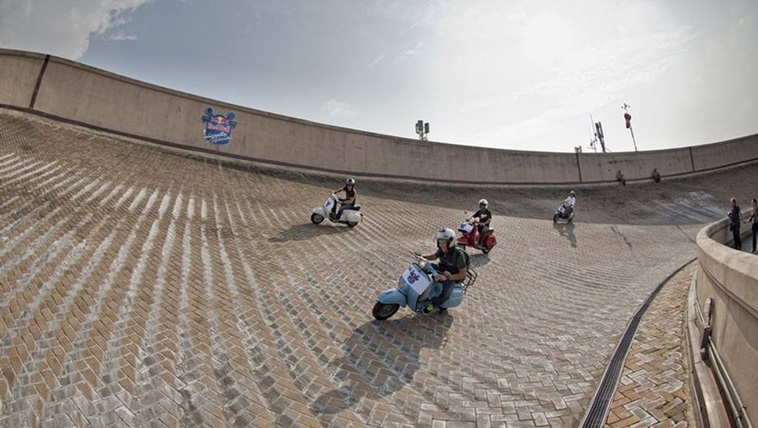 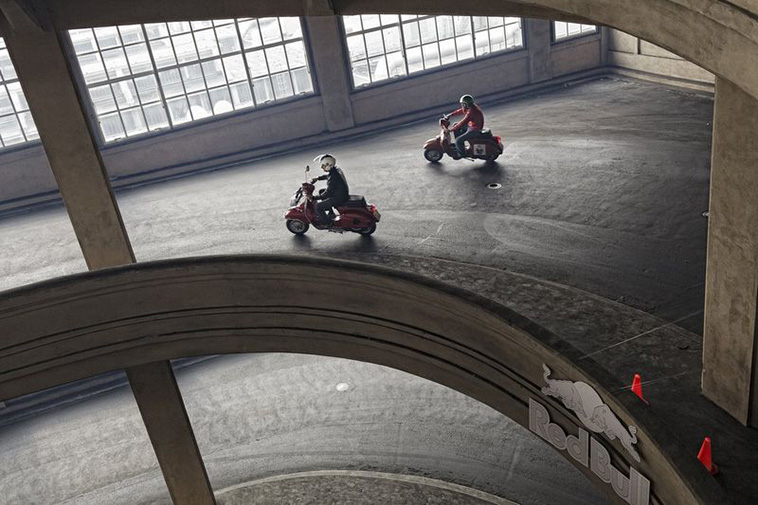 Here are some more pictures of the building and old drives: 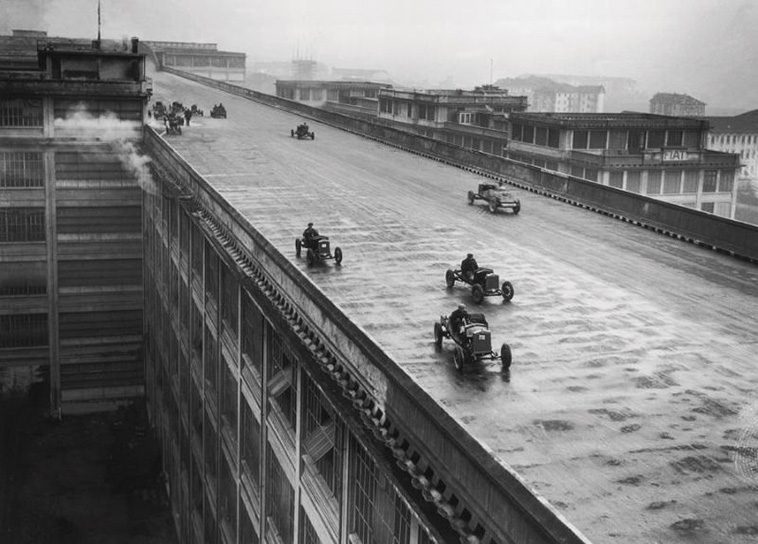 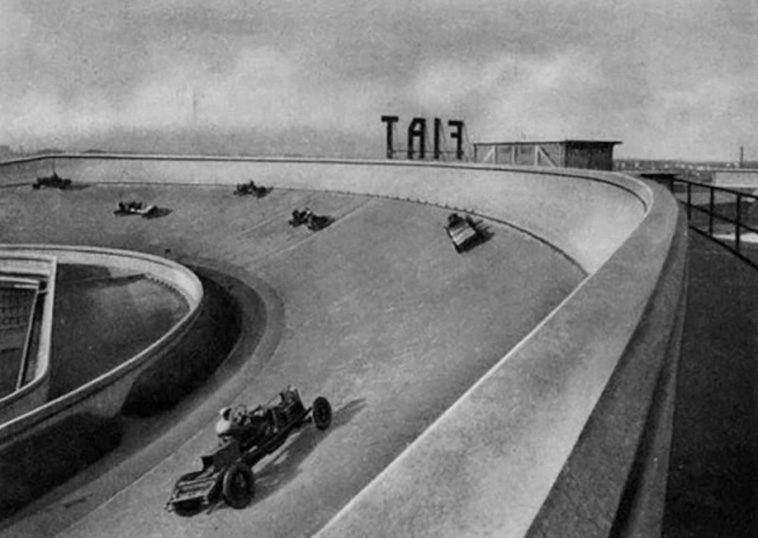 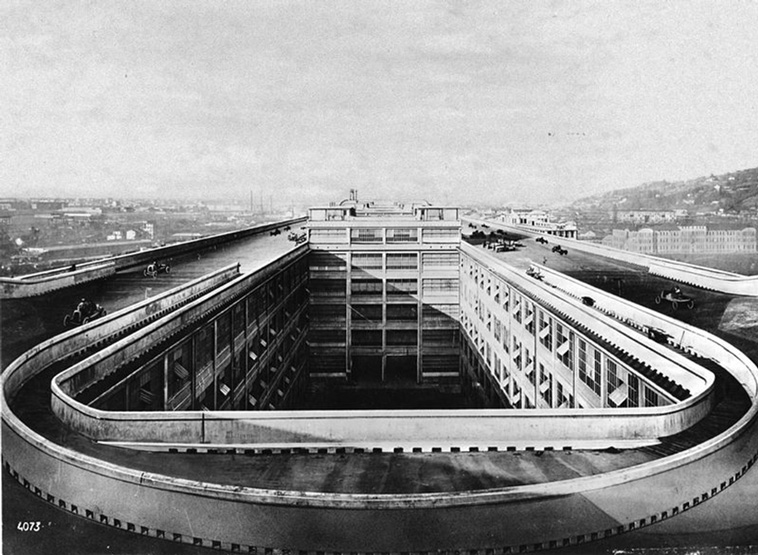 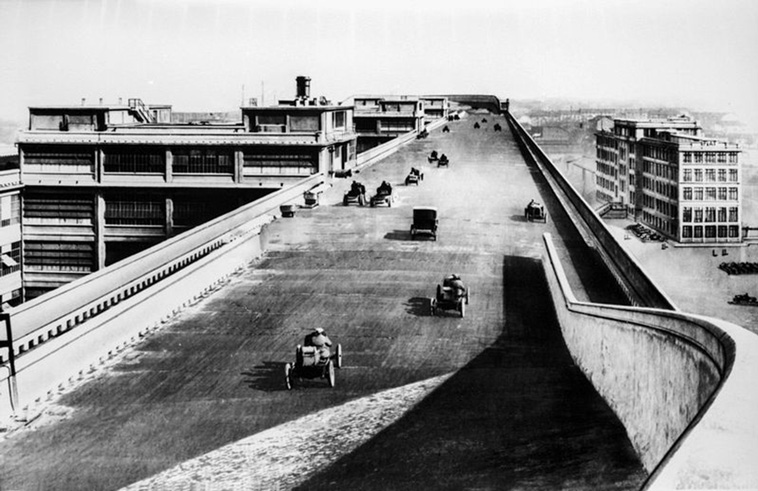 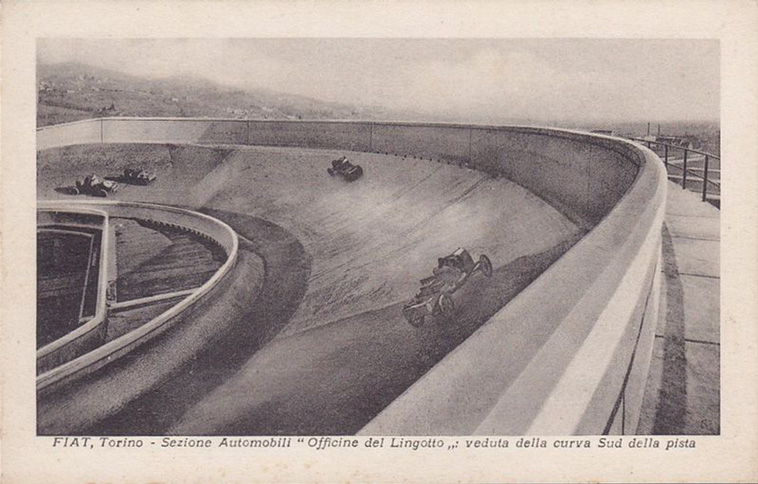 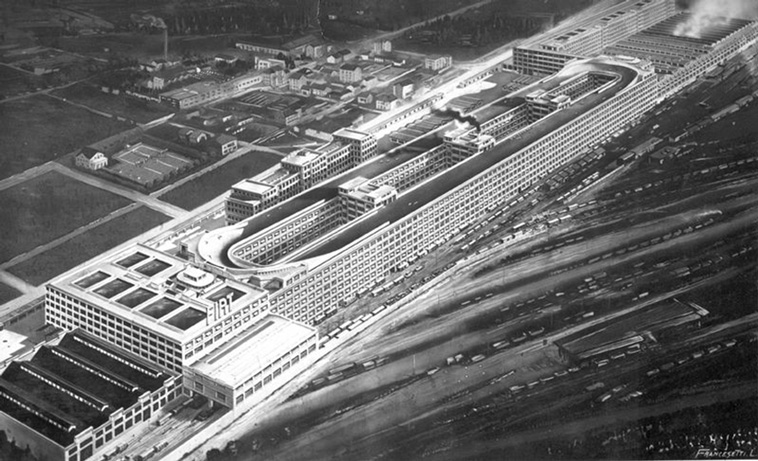 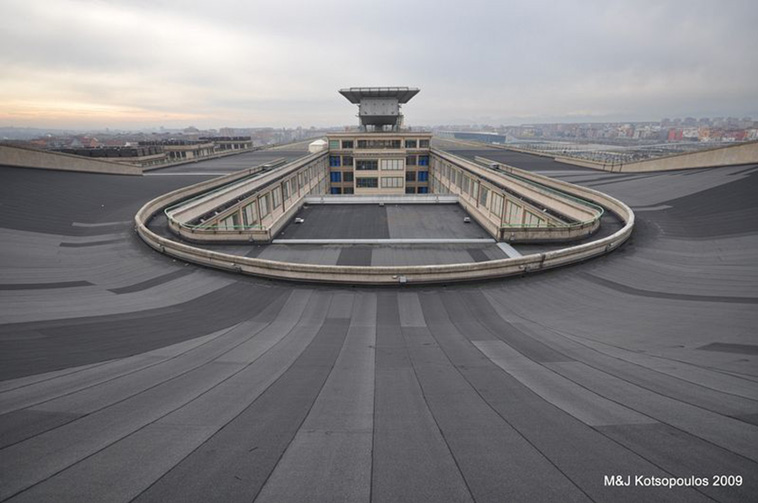 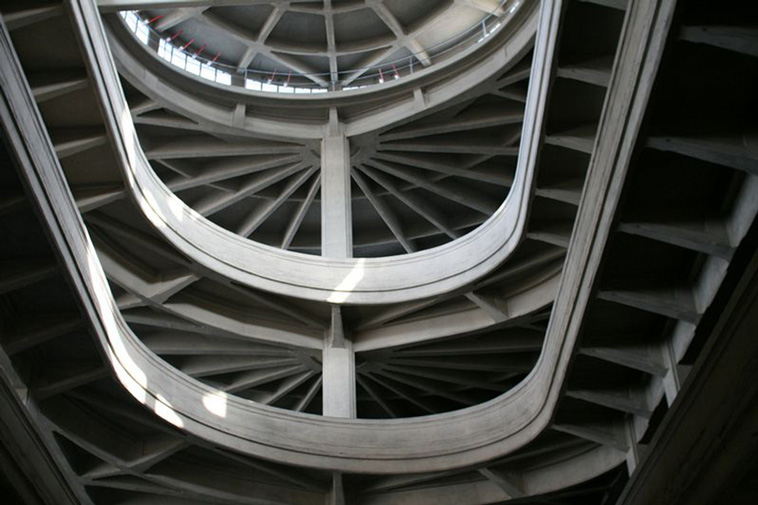 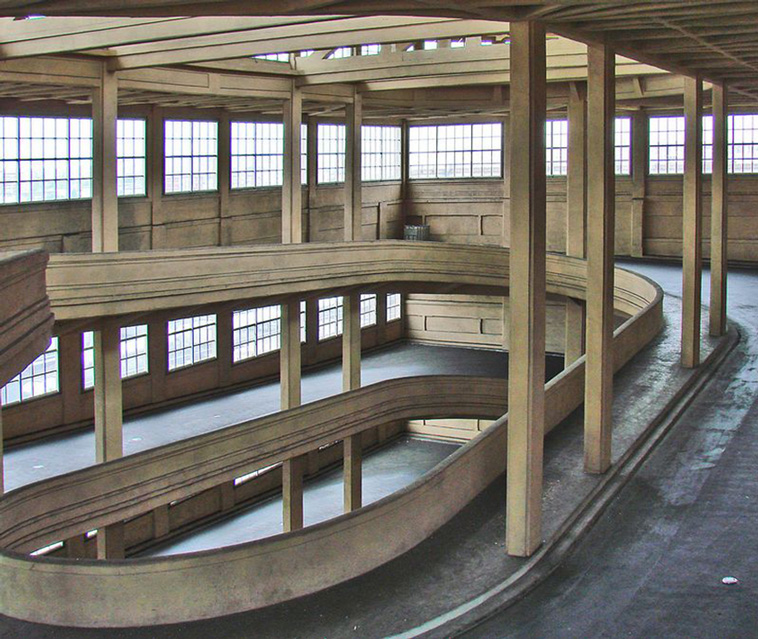 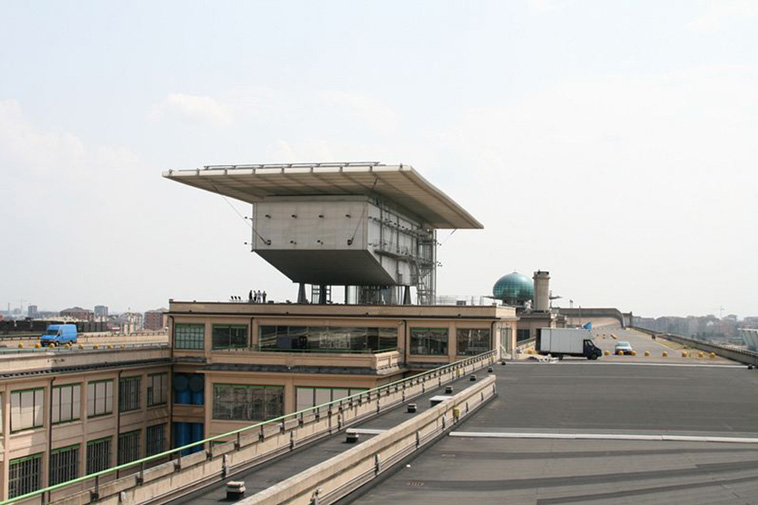 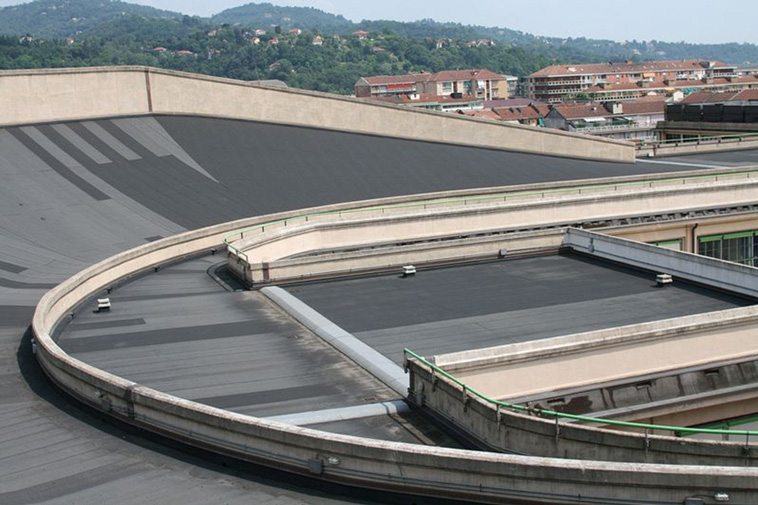