Animal rescue workers see all types of animals in many dangerous scenarios, but none may be quite as shocking as this poor animal that was pulled from a hole near the Canary Wharf in London. Completely covered in mud, the poor guy was completely unrecognisable, with rescuers not even knowing what species it was!

It was found by constructions workers in the area, having been pulled from muddy hole near their site, which it likely crawled into itself before getting trapped. Any longer in the hole and it very well could have died from suffocation or hypothermia. 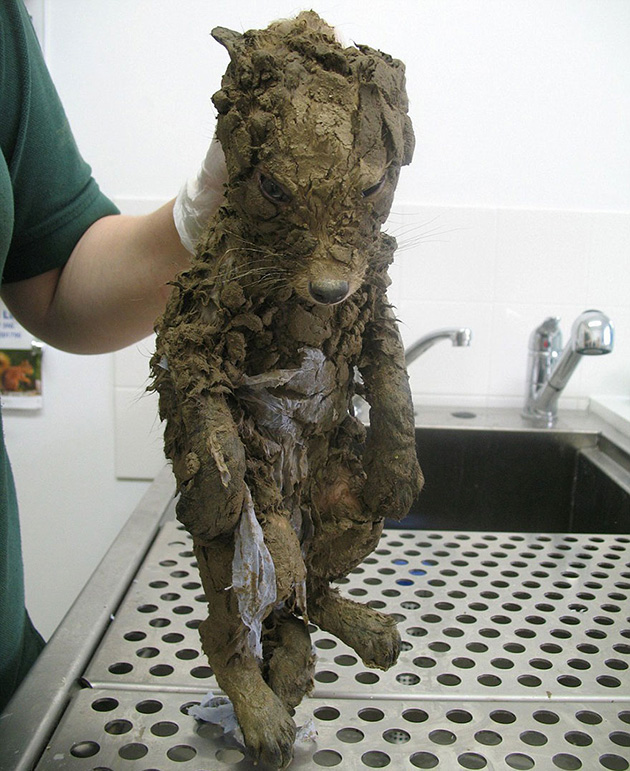 Time was of the essence given the condition of the animal, so it was time for one heck of a cleaning! After this was done, they could finally determine what type of animal they had just saved. While it looked something like a puppy prior to its cleaning it turned out to be something entirely different – a gorgeous little red fox! 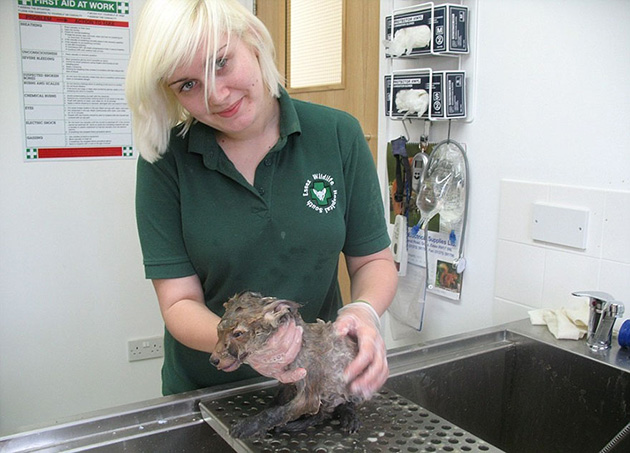 He was named Muddsey by the staff who helped save him at South Essex Wildlife Hospital, with the newly cleaned fox getting a nice feeding to help regain his strength. After that, Muddsey was released back into the wild, looking much cleaner than most other foxes! 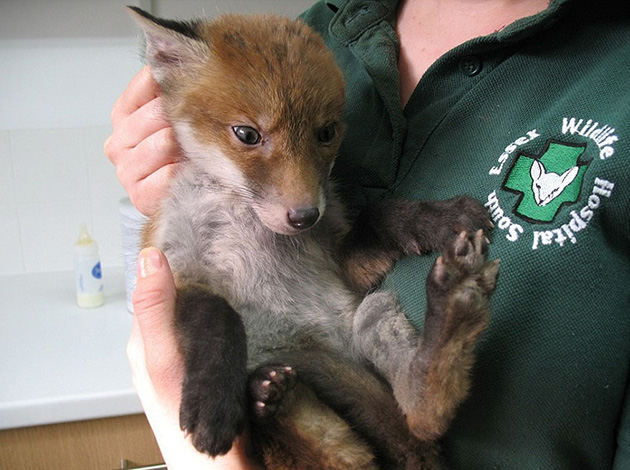