Nature, whilst beautiful, can be harsh. Every year, there are hundreds of animals that are sadly orphaned. Many of those will never survive without the love of their parents. The majority of them will die.

However, sometimes these animals get lucky. Sometimes, people take it upon themselves to raise these orphans or to pass them on to people who can raise the. One lucky animal, Dinozzo, A three-week-old baby fox, is one of these animals that would usually have died. His mother was killed during a hit-and-run accident on the road. Luckily, he was saved, and given the once over by a vet and then he made his way to a family that has raised him.

Werner and Angelika Schmaling are a couple from in Oberscheld in Germany who own a Bengal cat named Leopold, two adopted piglets and most importantly, a collie dog named Ziva. We say most importantly because Ziva has the motherly instincts which have contributed to the baby fox having a happy life. She took the baby fox under her wing, and now he lives very happily with all the animals who he considers his new friends. 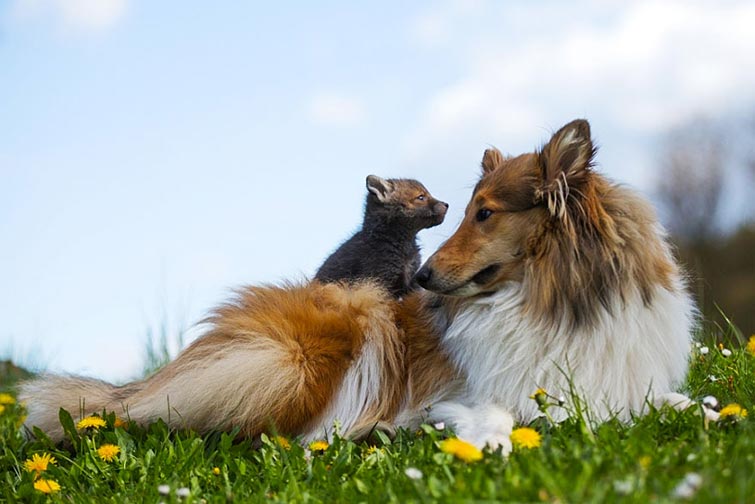 Luckily for him, Ziva the collie and her family took him in 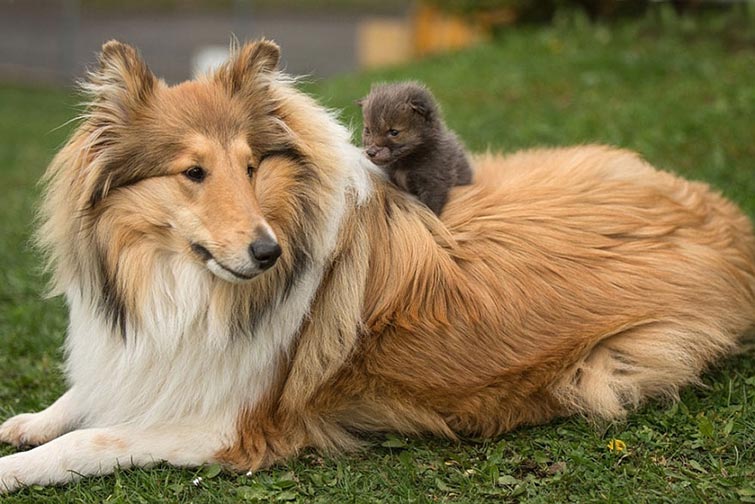 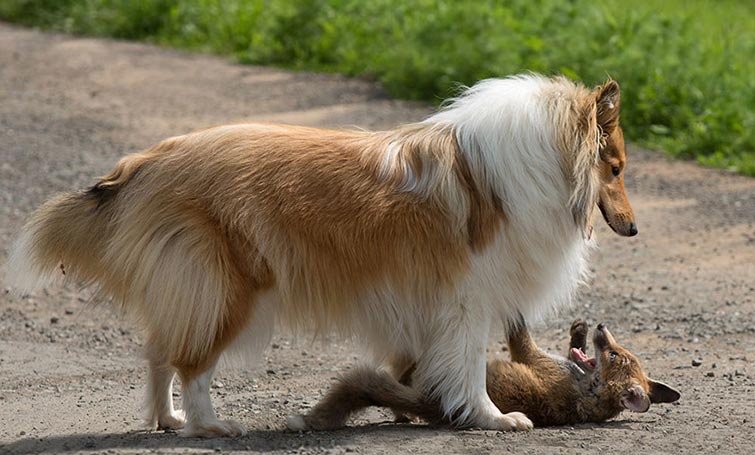 Though Dinozzo is free to roam, he still feels like he’s just ‘one of the dogs’ 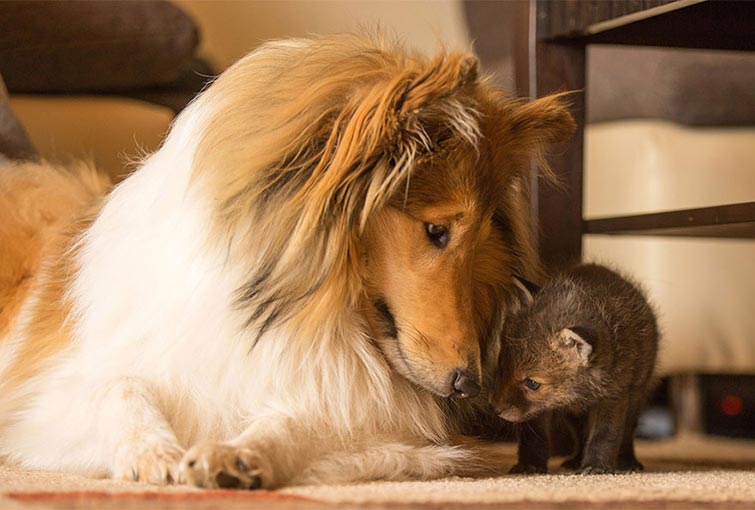 “The fox has gotten used to getting in and out of the house through the cats door,” said his owner, Werner 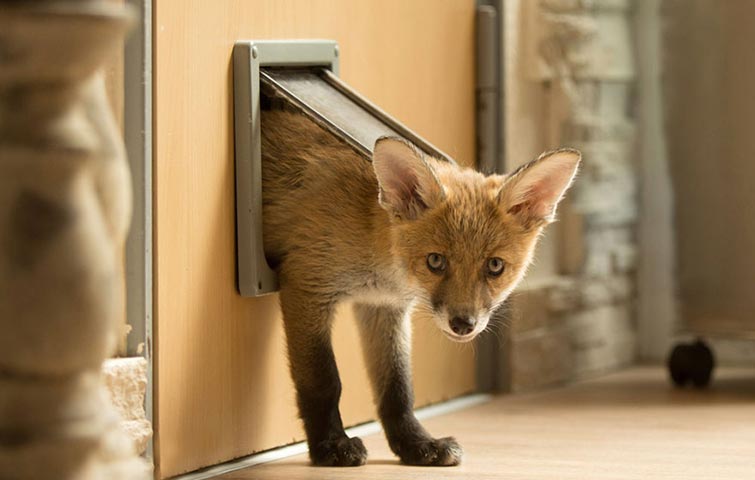 He also made friends with their Bengal cat, Leopold 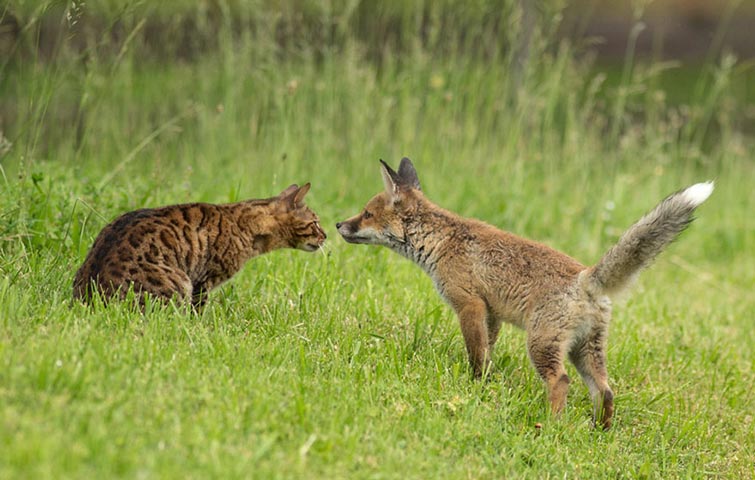 “Ziva and Leopold fell in love with the little fox immediately” 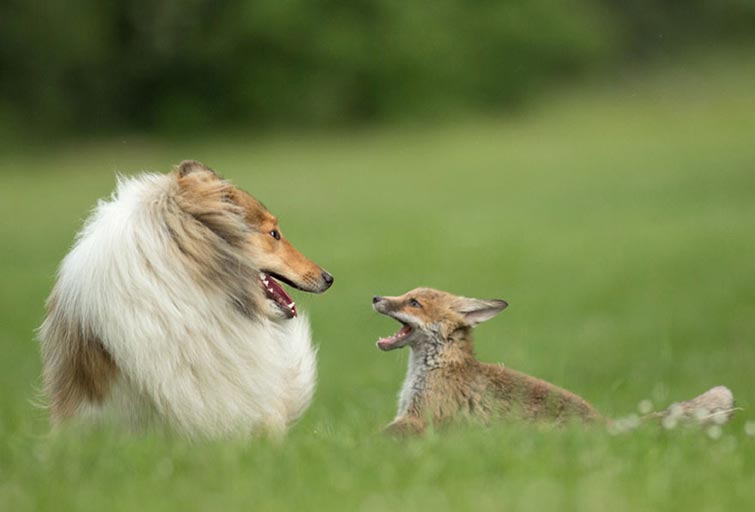 “Our collie acts as a foster mum for the little ones” 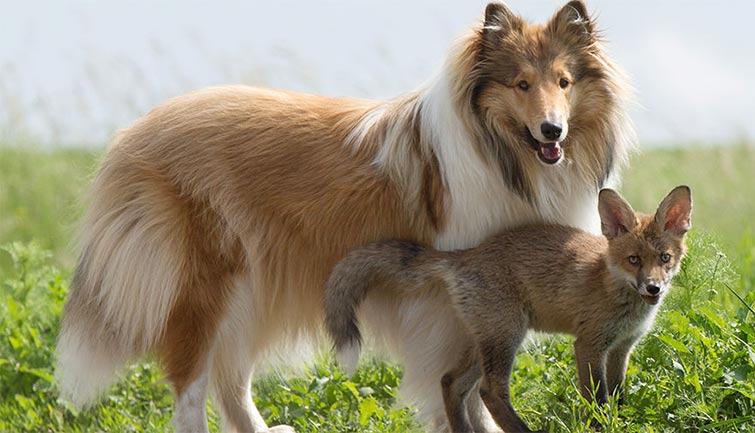 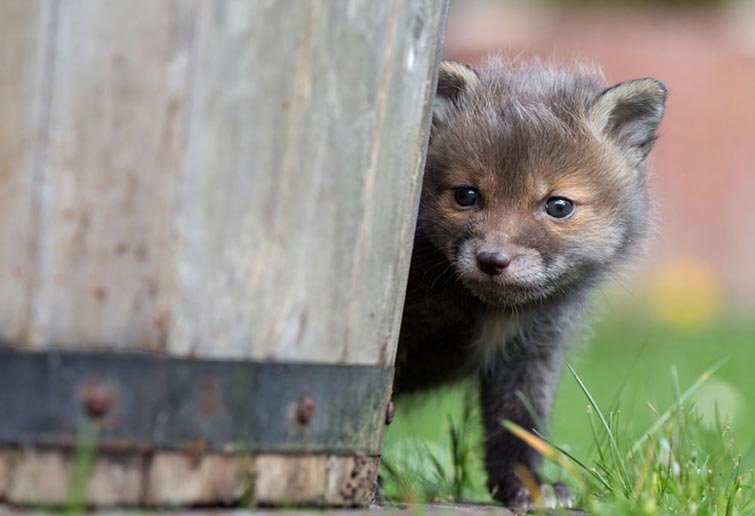 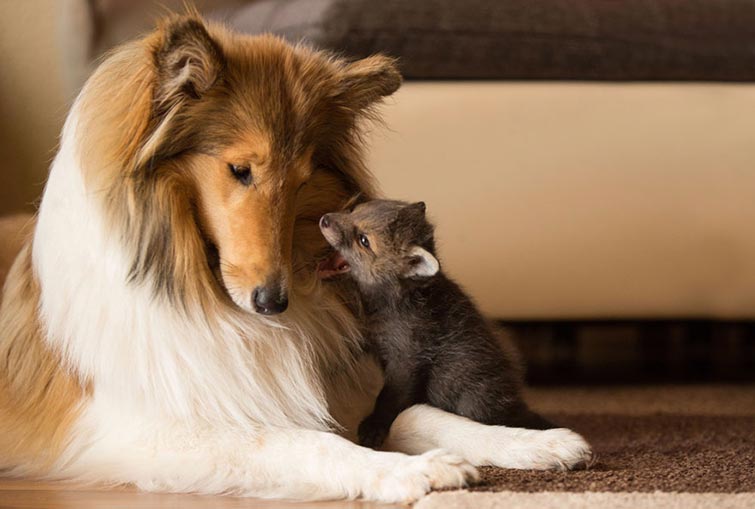 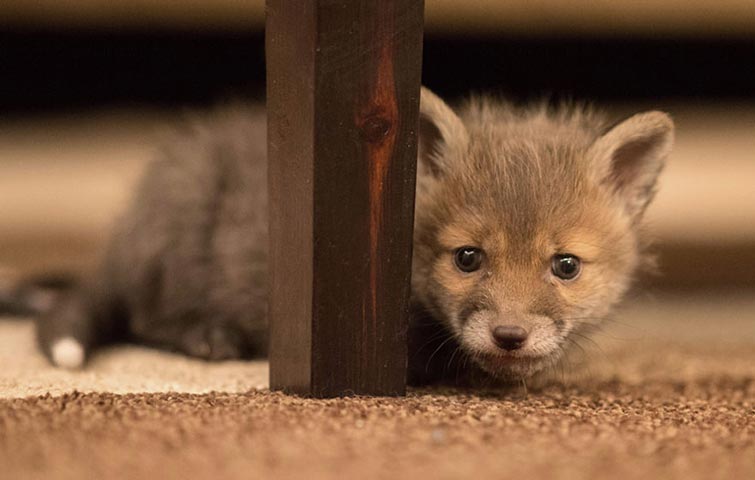 “They are mostly peaceful, often playful and sometimes tired – sleeping together in one place” 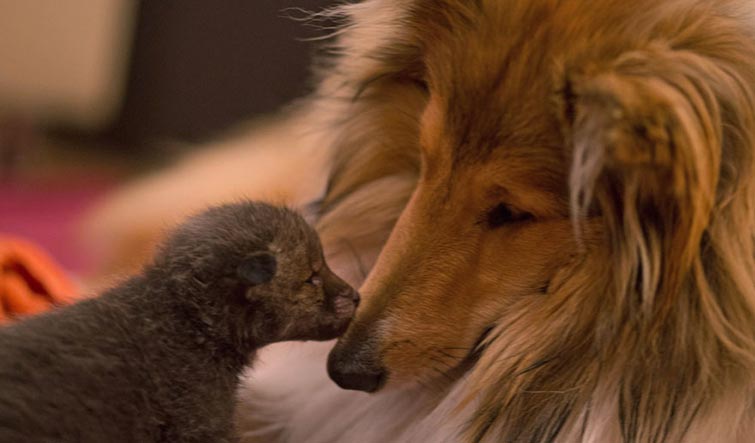 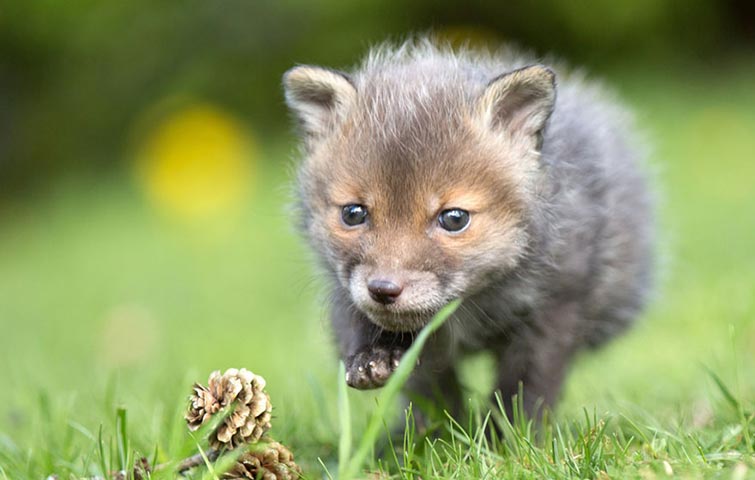