Living in Fort Worth, Texas, Eugene Bostick could easily be enjoying his retirement at 80 years old, relaxing and unwinding without a care in the world. Instead, he has taken in many stray dogs and even built an amazing dog train to take them out and about. Living alongside his brother Corky, their home is situated near a dead-end street, which happened to be a spot where dog owners would dump their unwanted pets.

Eugene took note and decided to help the dogs out himself by adopting them. “We started feeding them, letting them in, taking them to the vet to get them spayed and neutered. We made a place for them to live,” Eugene explains. In was only a matter of time before he had the amazing idea of turning a tractor into a dog train for his new pals. “I have seen this guy with a tractor who attached these carts to pull rocks. I thought, ‘Dang, that would do for a dog train.’ I’m a pretty good welder, so I took these plastic barrels with holes cut in them, and put wheels under them and tied them together,” Eugene continued. “Whenever they hear me hooking the tractor up to it, man, they get so excited.” Not bad for 80 years of age! 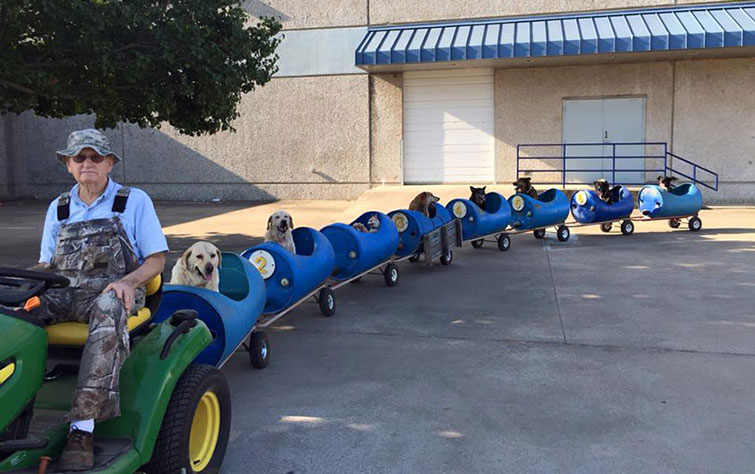 “All of a sudden, a couple more dogs showed up. I said, ‘Oh, that’s not enough room’ – and that’s when I came up with THAT”

“I’m a pretty good welder, so I took these plastic barrels with holes cut in them, and put wheels under…”

Now, the 80-year-old retiree takes his rescued dogs on a train ride twice a week 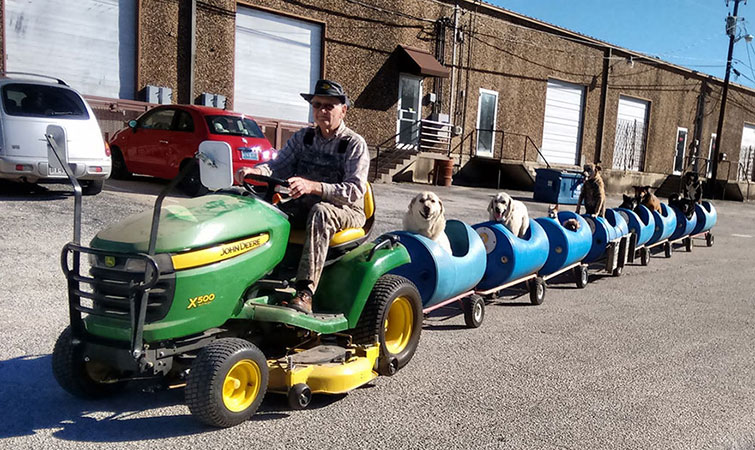 “Whenever they hear me hooking the tractor up to it, man, they get so excited” 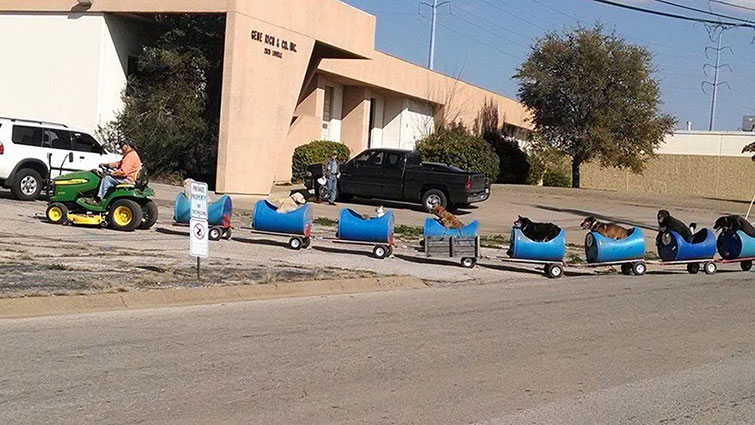 Here’s a video about their heart-warming dog train: