Marie-Hélène de Rothschild was part of the French family known as the Rothschilds who invented the banking system that is widely used today. On December 12th, 1972, Marie-Hélène held a special party at one of the mansions owned by her family called the Château de Ferrières.

This Ball event took place in the evening and it had a dress code that involved long dresses, black ties, and heads that were surreal. When people received an invitation to go to the event, they needed a mirror to read it. The reason for this has to do with the secrecy behind the event. Fortunately, photos from this event were leaked so that the general public can learn about what these kinds of parties look like.

In one of the photos, you can see Marie-Hélène wearing what appears to be an animal head that is shedding tears of diamonds. Some say this is supposed to signify Lucifer. Many notable celebrities can be seen in these pictures too, including Salvador Dali (with his strange mustache) and Audrey Hepburn (who appears to be inside of a birdcage).

You might think these are just rich people having a good time but these pictures show they are closely associated with the occult. Since these people are elites of our society who have powerful influences over the world, it might say a lot about why there is so much craziness in our everyday lives.

The invitation is written in reverse. It required a mirror to be read. Inversion is a big deal in a pseudo-satanic mind state. 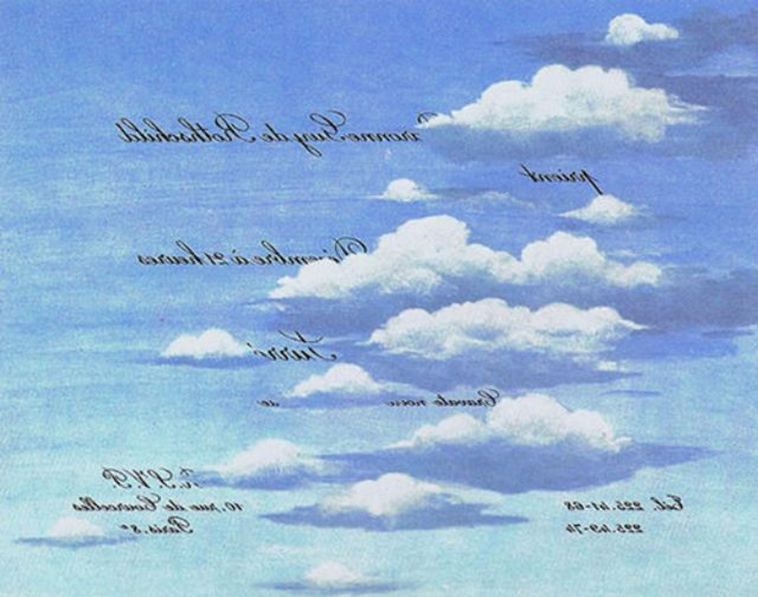 The Château de Ferrières was lit in red to make it appear as if it was on fire. Scenes from Roman Polanski’s movie about Satan “9th Gate” were filmed there. In “Eyes Wide Shut”, the occult ritual takes place in another Rothschild mansion, Mentmore Towers in the UK. 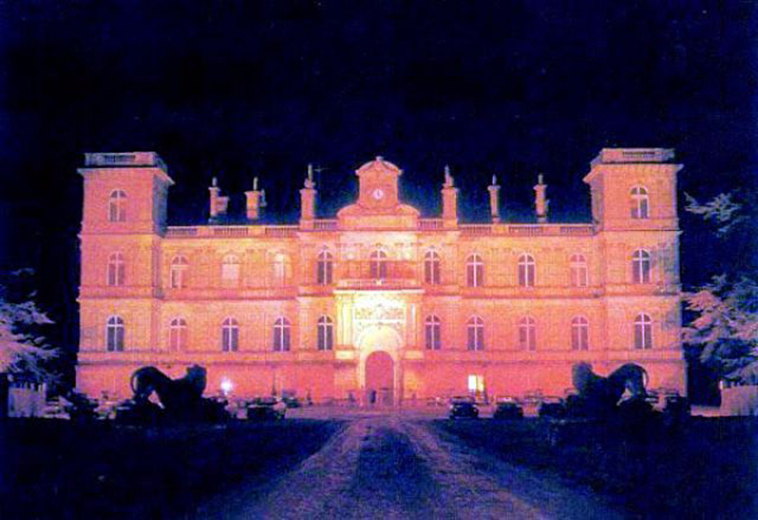 Meet the hosts of the ball: Guy de Rothschild & Marie-Hélène de Rothschild wearing a horned “giant’s head” with tears made from real diamonds. 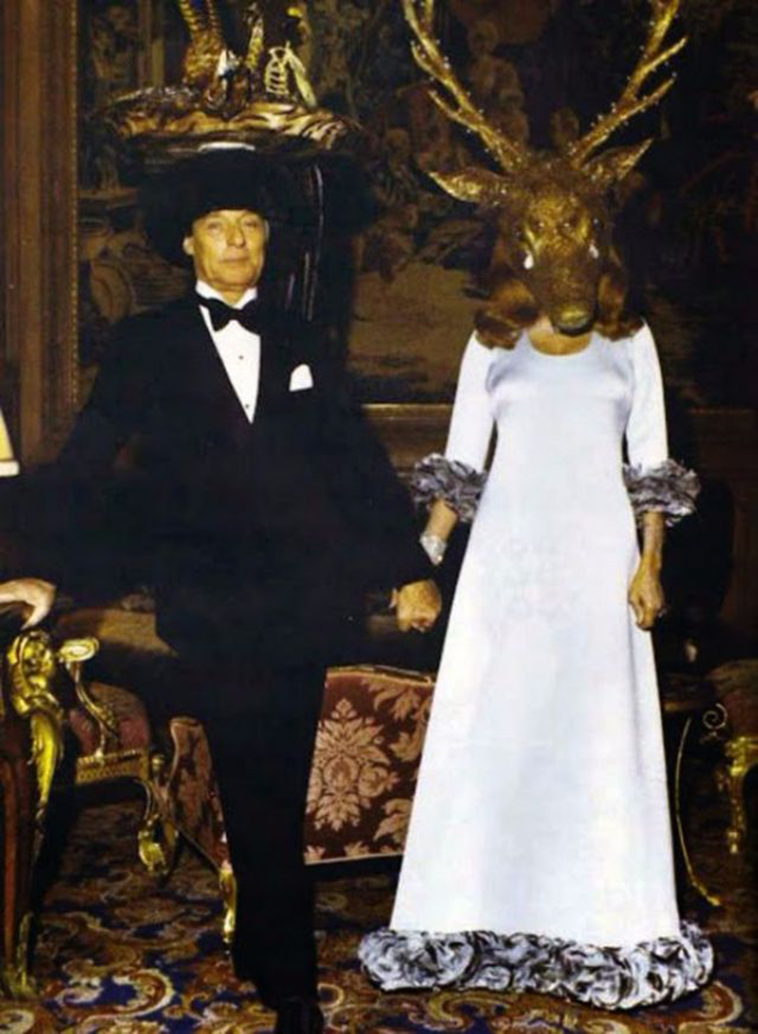 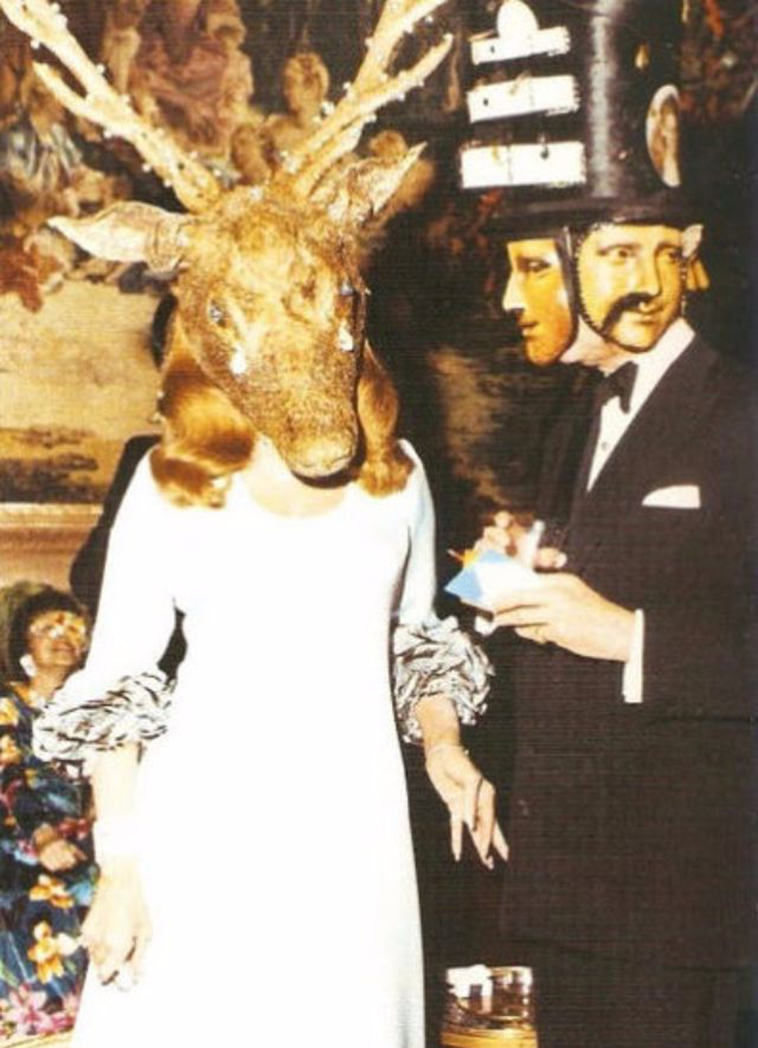 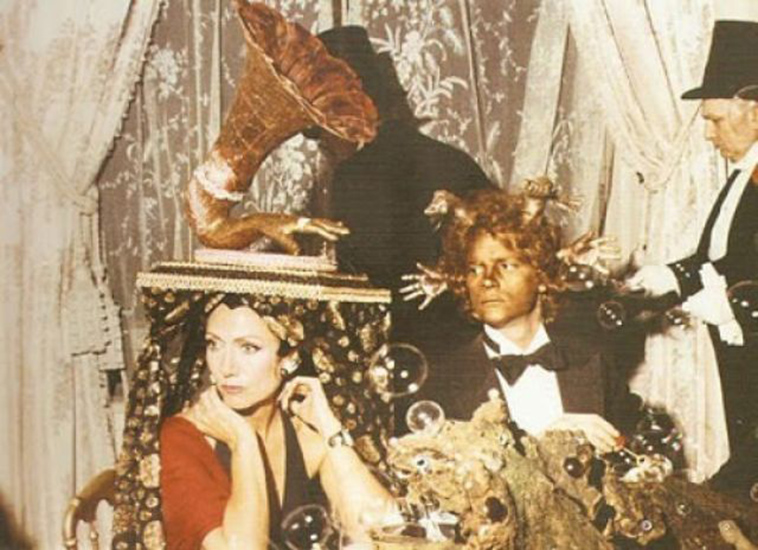 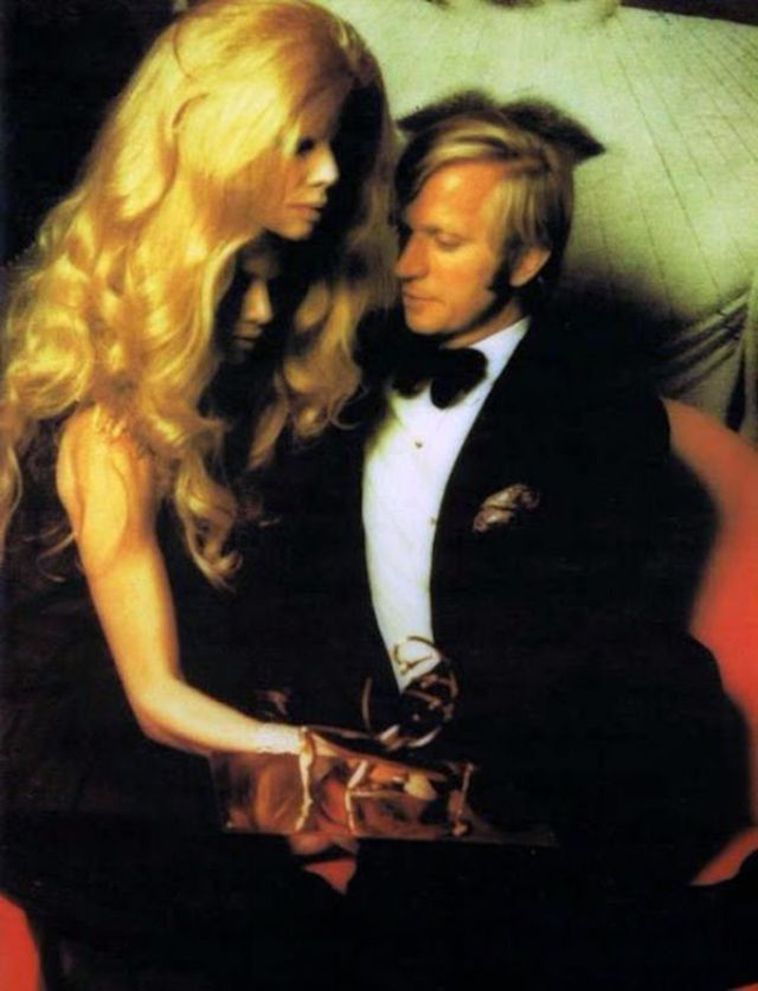 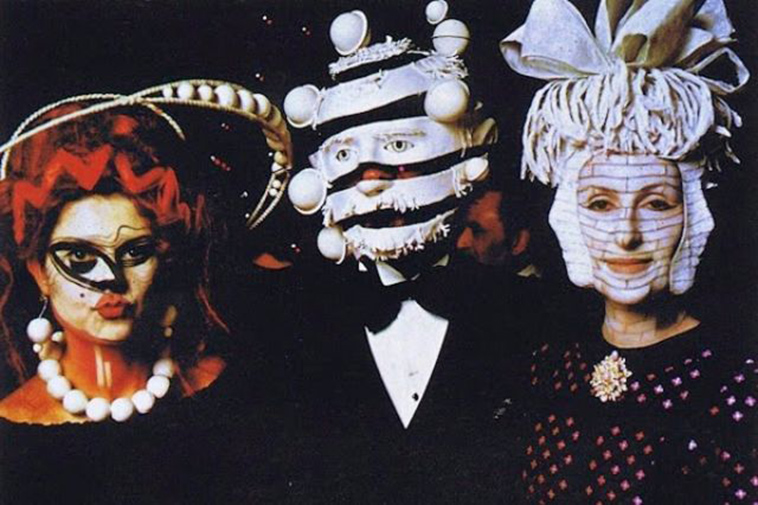 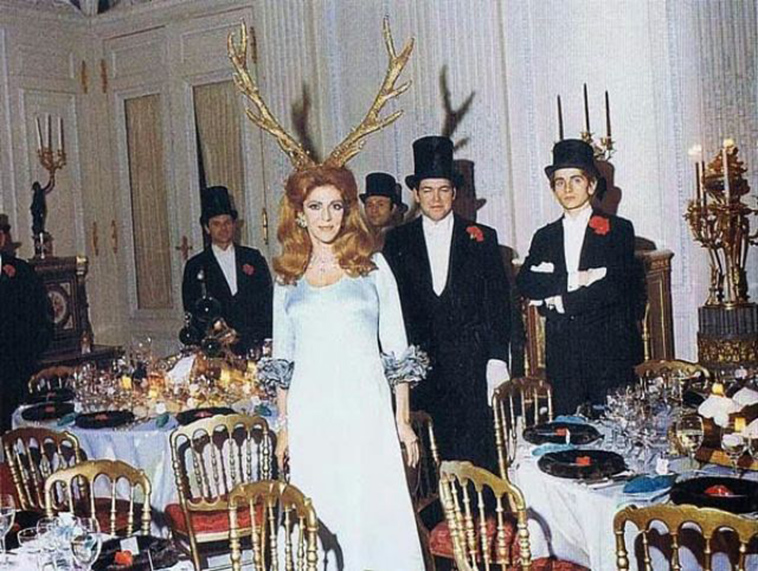 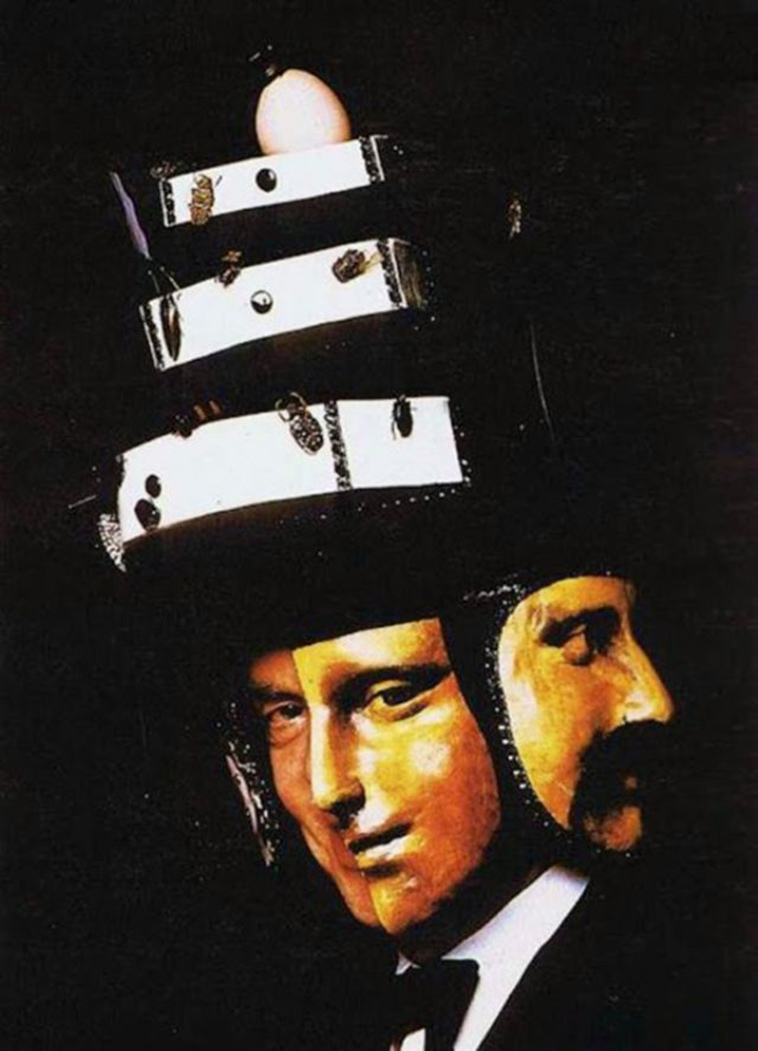 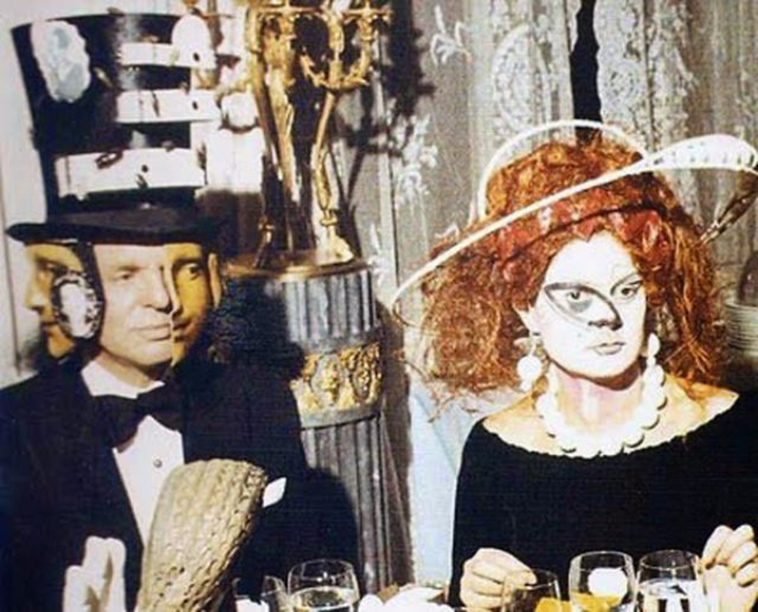 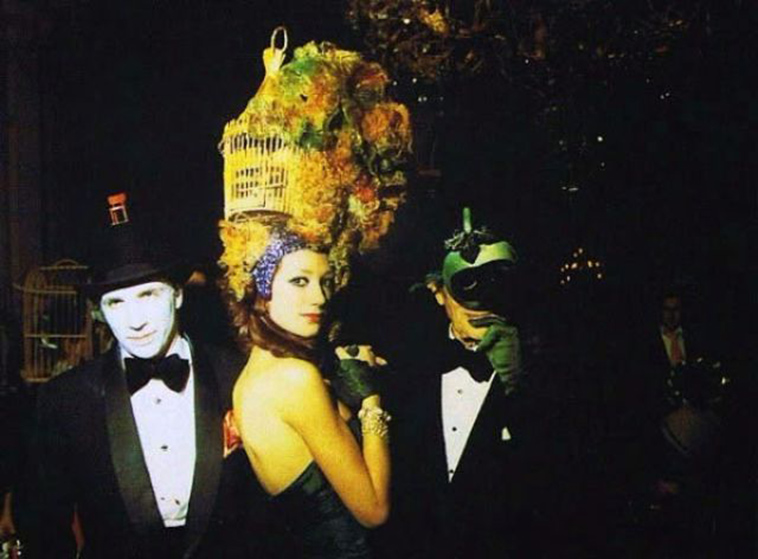