This magic and astrology book, on which also illustrated demons, was written by a rammal- or soothsayer- in Isfahan, Iran. According to Ali Karjoo-Ravary, the paintings were added one or two decades after the composition of the text- a treatise on spells and demons, “among other creatures, that are associated with each sign of the zodiac.” Karjoo-Ravary continues:

‘The pictures are accompanied with ritual prescriptions for dealing with the different creatures. The author attributes his knowledge to the Biblical Solomon, who was known for his power over demons and spirits.’ 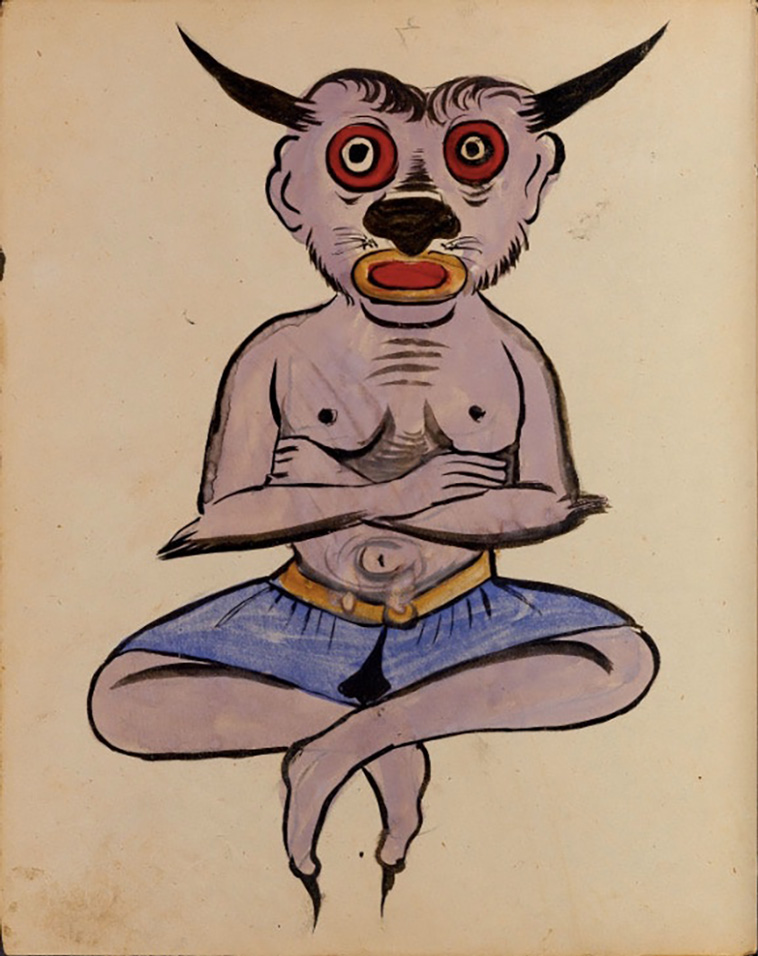 Not all of the 56 painted illustrations in the manuscript depict demonic beings. Amongst the horned and fork-tongued we also find the archangels Jibrāʾīl (Gabriel) and Mikāʾīl (Michael), as well as the animals — lion, lamb, crab, fish, scorpion — associated with the zodiac.

Most of the figures shown are far from ordinary or angelic 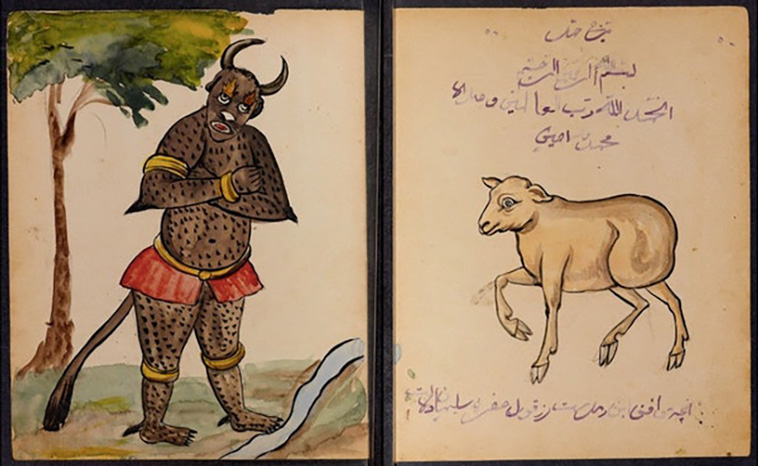 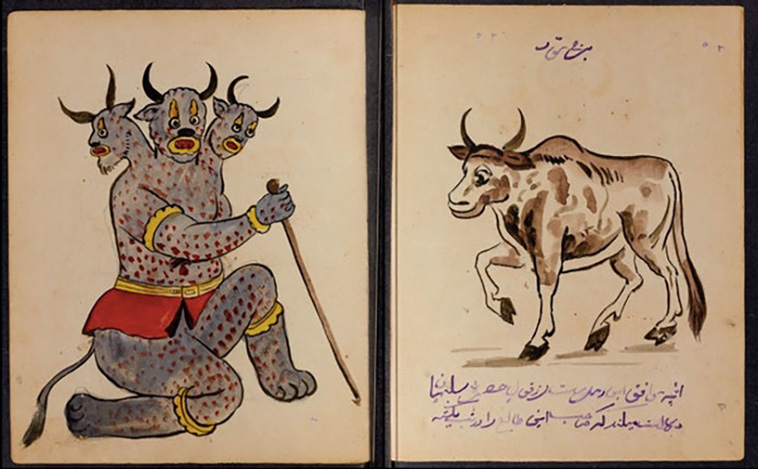 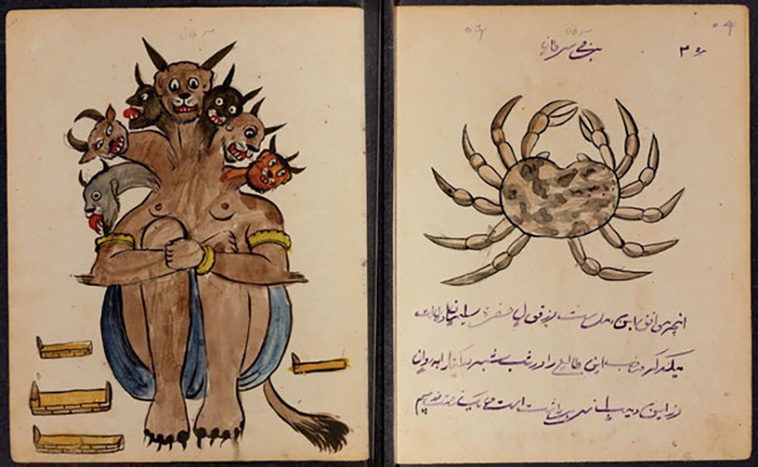 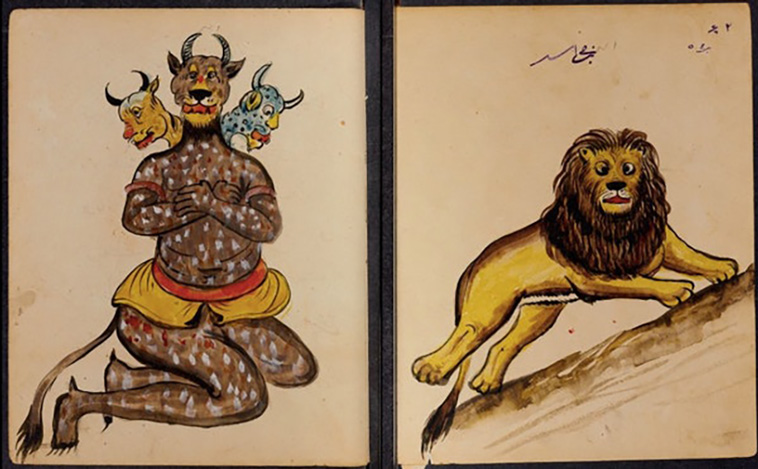 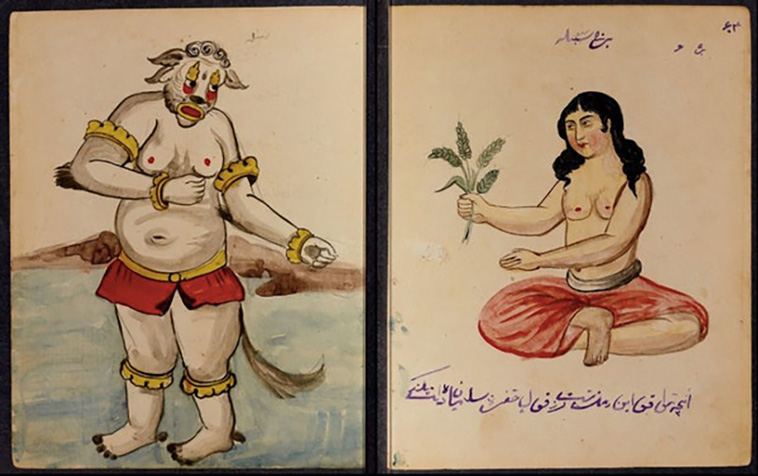 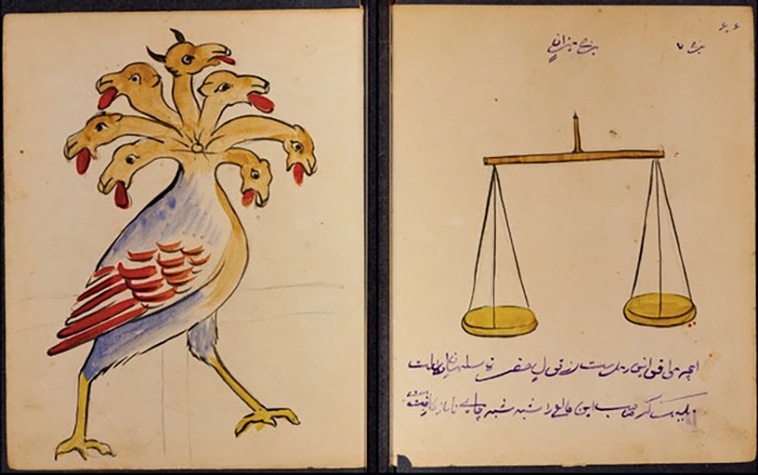 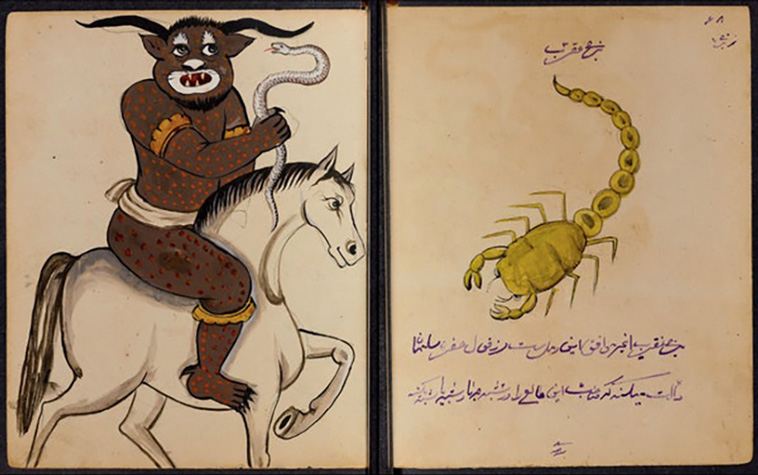 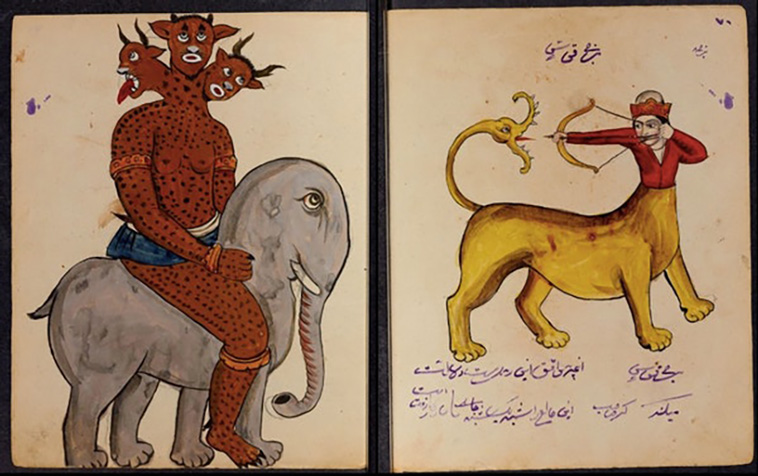 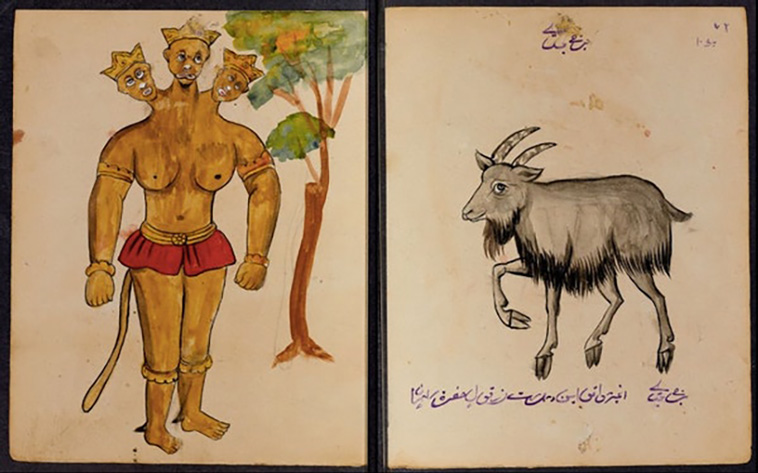