Japanese people have always carried a reputation for their general toughness in the face of adversity, with the horrific earthquake and tsunami of 2011 being a prime example of this.

Despite occurring only six years ago, the country and its people have made incredible strides recovering from the disaster, slowly rebuilding piece by piece.

This has inspired artist Manabu Ikeda, who specialises in pen and ink illustrations, to undergo a massive project of his own. Likewise, this has taken time and effort, with Ikeda spending and incredible 3 and a half years to draw the massive image. 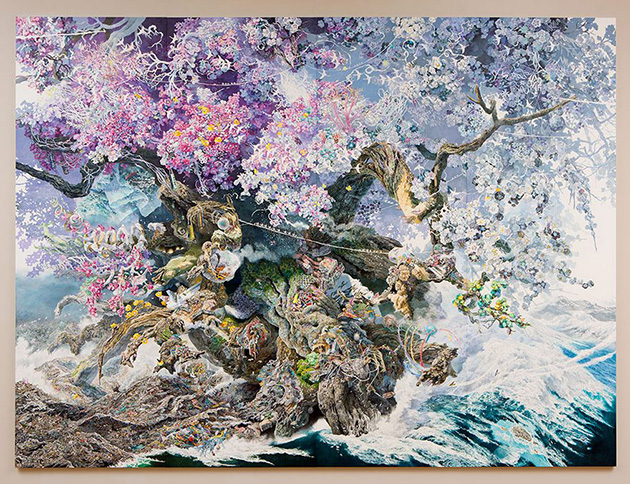 Aptly named ‘Rebirth’, Ikeda started the project back in 2013, and has spent a painstaking number of hours working on it – just like the people of Japan and their rebuilding since the disaster.

Spending 10 hours a day for six days a week, the artists recently finished the 13×10 foot piece and it is simply breath-taking.

The illustration showcases a tree that has continued to grow despite being surrounded by all the horrors caused by the tsunami, including the powerful waves of the tsunami itself smashing into the tree.

Upon further inspection, the drawing reveals intricate points of detail, with each piece telling a different story about events that unfolded during and after the terrible course of events. 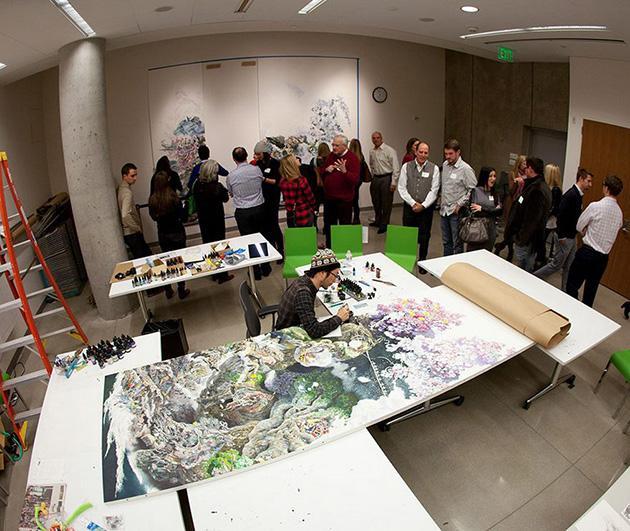 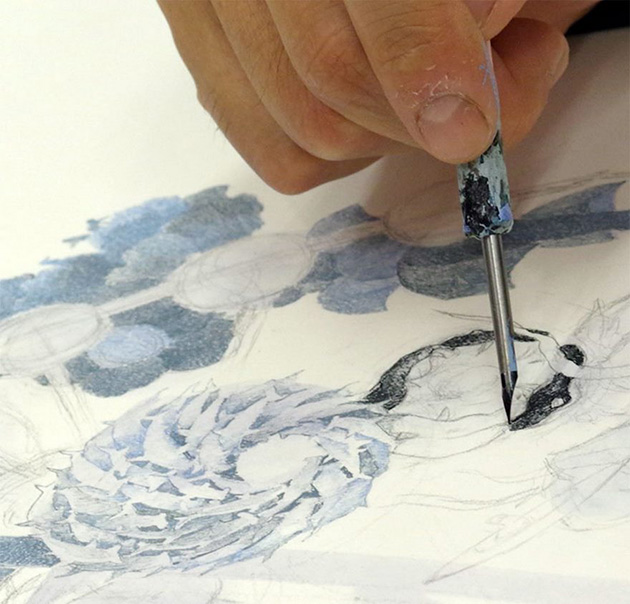 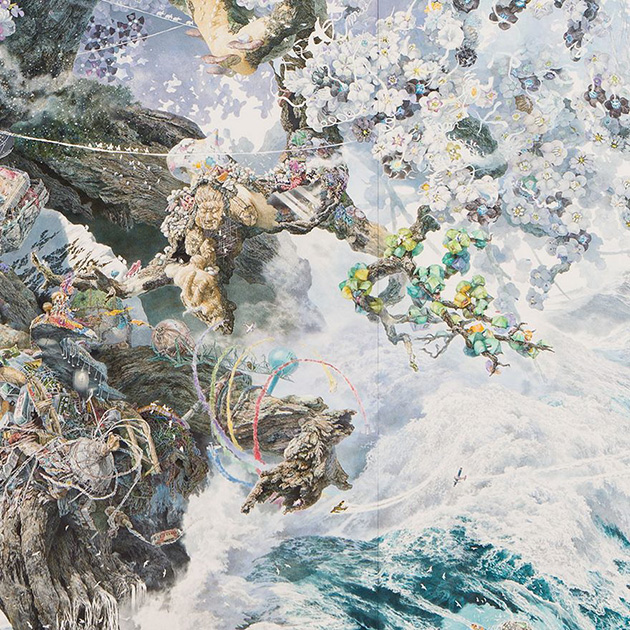 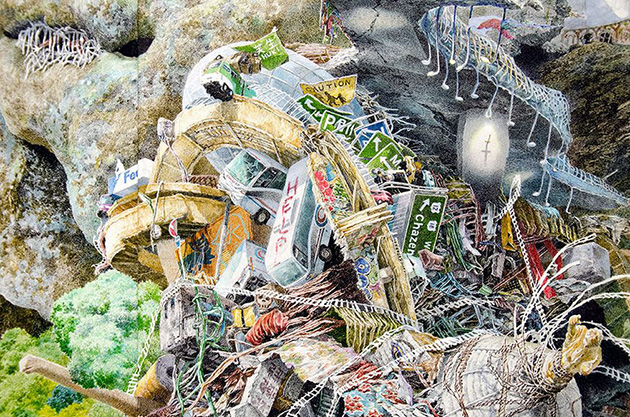 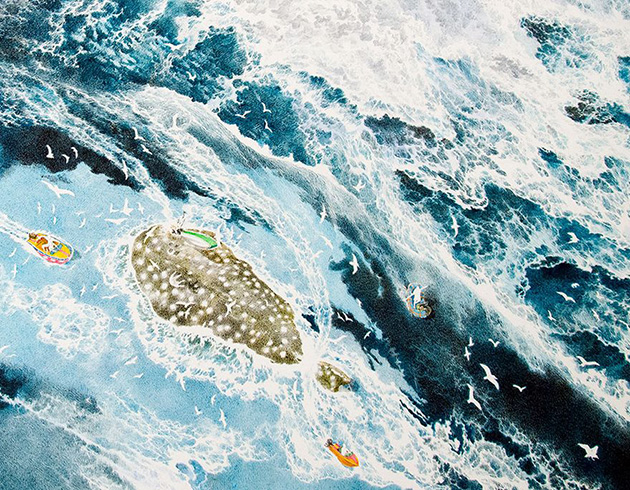 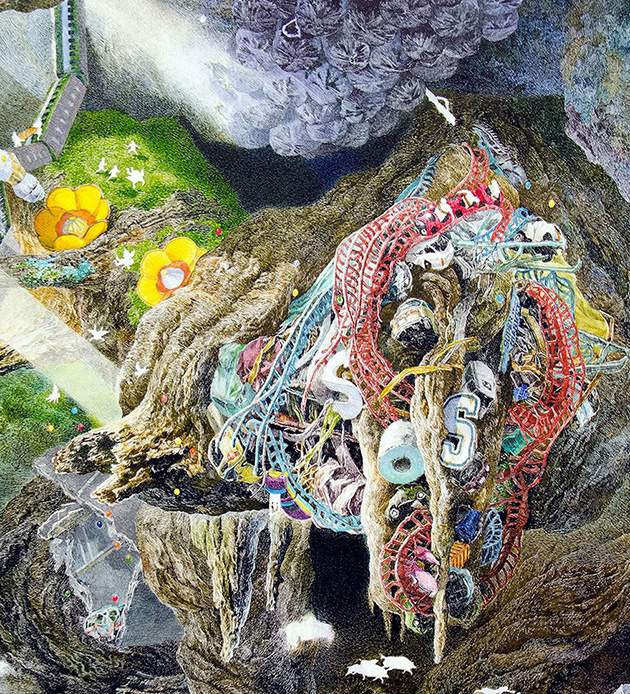 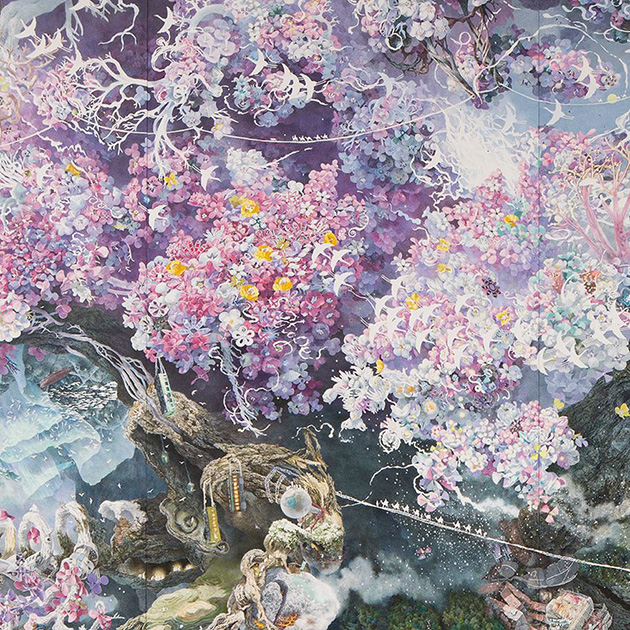 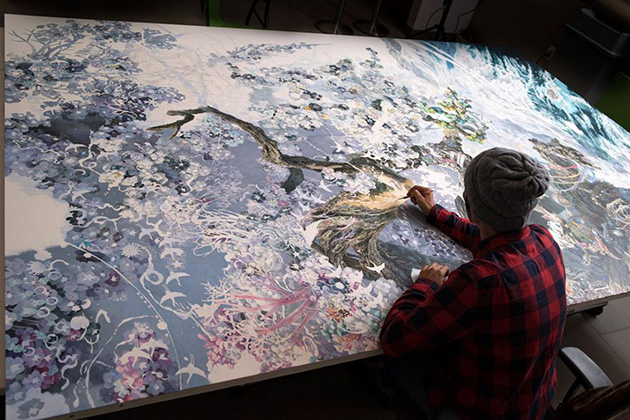 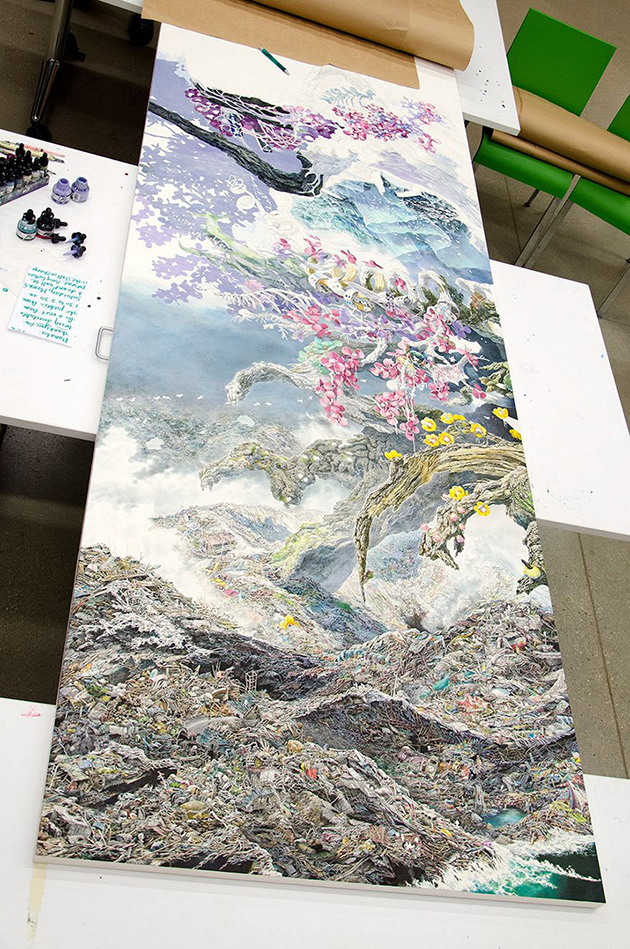