Peabody is a horse who suffers from some disables like crippled legs, a badly aligned jaw, completely deaf and dwarfism. But he is one of the most adorable horses in the world besides all these things. 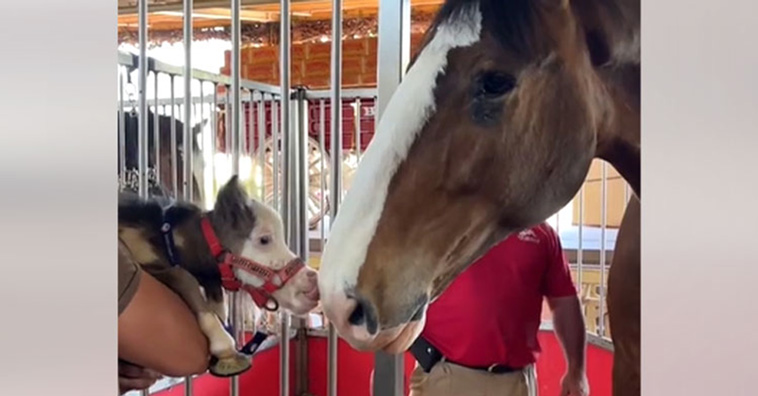 “Horses are never indoor animals, but Peabody is so small that he could never live outside unless he gets bigger, and we’re not sure if he will,” Smith said. “At present, he lives inside the house with the dogs.”

Peabody and the dogs are good friends now

“Now that he knows where his next meal is coming from, he’s starting to play with the dogs more and has let his guard down,” she continued. “He’s thinking now maybe he’ll be cared for in a way that he’ll survive.”

Smith hopes he will get bigger so he can act more like other horses and live outside. She says that she will be caring for him whenever he needs that.