Øresund Bridge is a combined railway and motorway bridge across the Øresund strait between Denmark and Sweden. It is the longest in Europe with both roadway and railway combined in a single structure, running nearly 8 kilometres (5 miles) from the Swedish coast to the artificial island Peberholm in the middle of the strait. The crossing is completed by the 4-kilometer (2.5 mi) Drogden Tunnel from Peberholm to the Danish island of Amager. 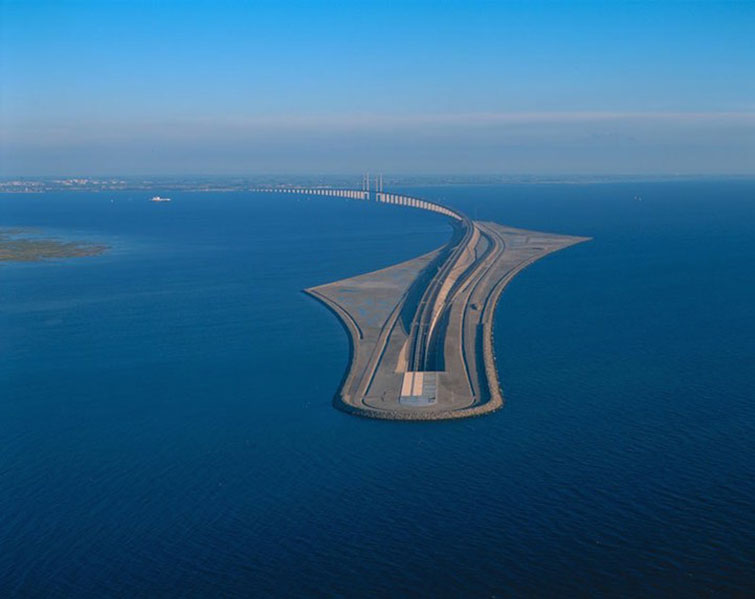 The Øresund was designed by the Danish engineering firm COWI and the main architect was George K.S. Rotne. The bridge and tunnel run across the Øresund strait and is jointly operated by the neighbouring states from both countries. 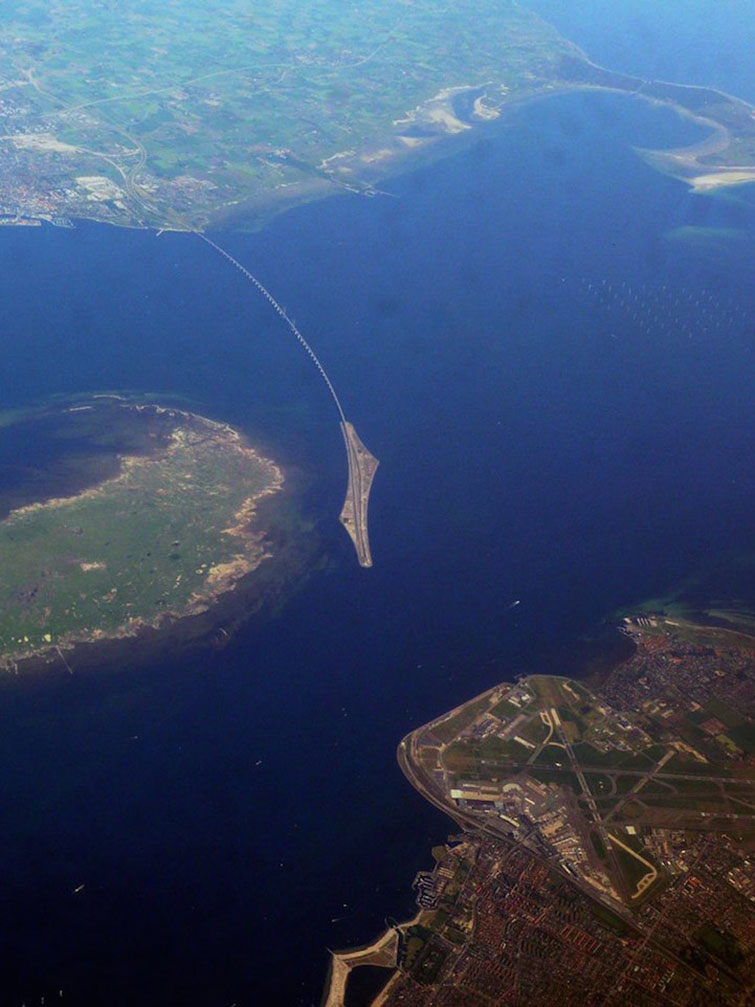 The cable-stayed bridge has two 204-meter-high pylons (almost 700 feet), supporting the bridge across the channel. Thanks to the bridge, an area that now houses 3.7 million people was allowed to develop economically and thrive. 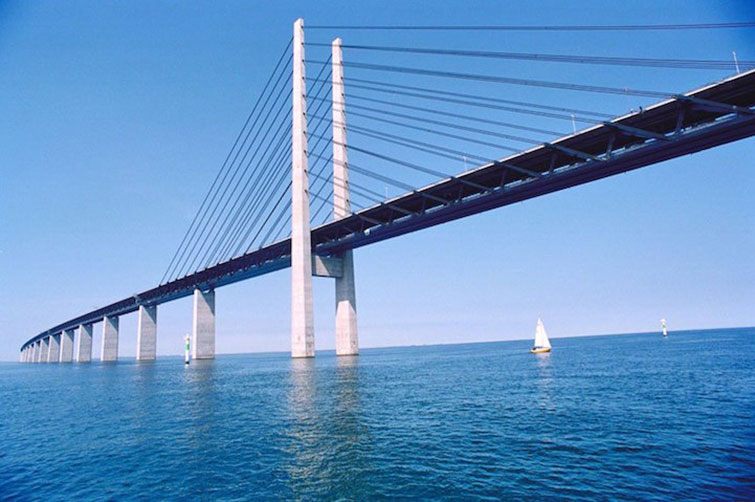 The man-made island of Peberholm is quite spectacular in itself. It was constructed from material dredged from the seabed. The flora and fauna has been allowed to develop freely, and has now become a big point of interest for biologists. The Lund’s Botanical Association has identified more than 500 different species of plants, as well as a popular breeding ground for birds and a habitat for the rare green toad. 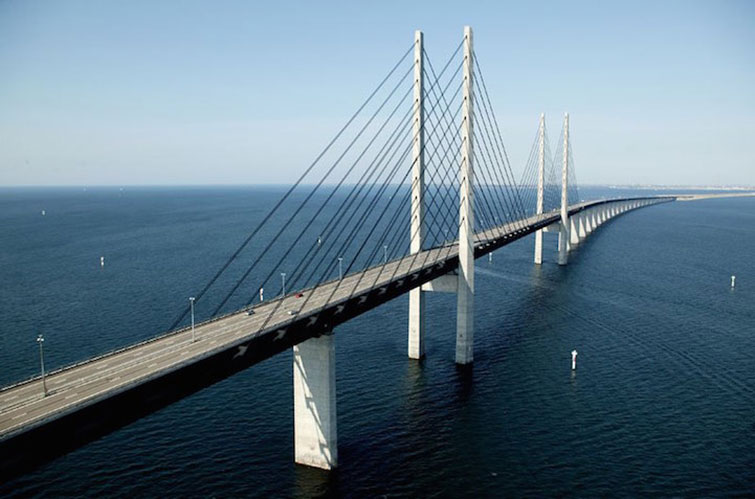 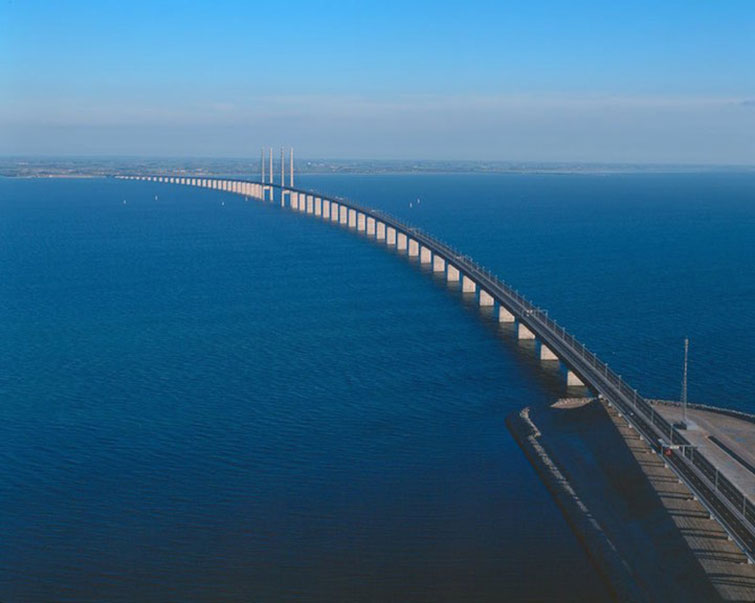 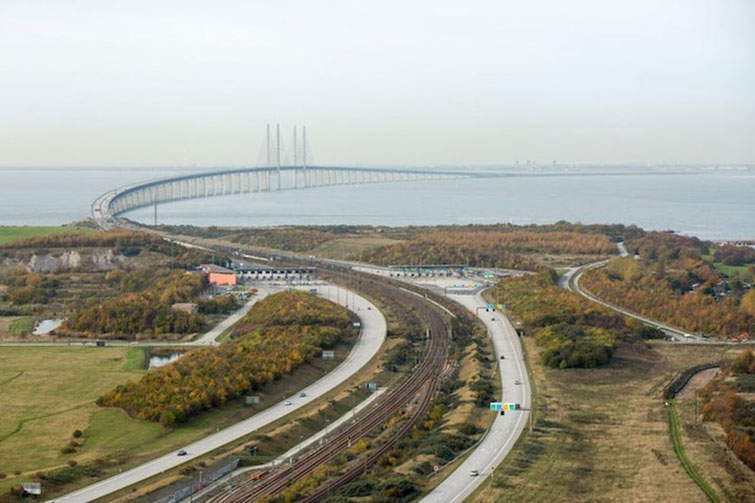 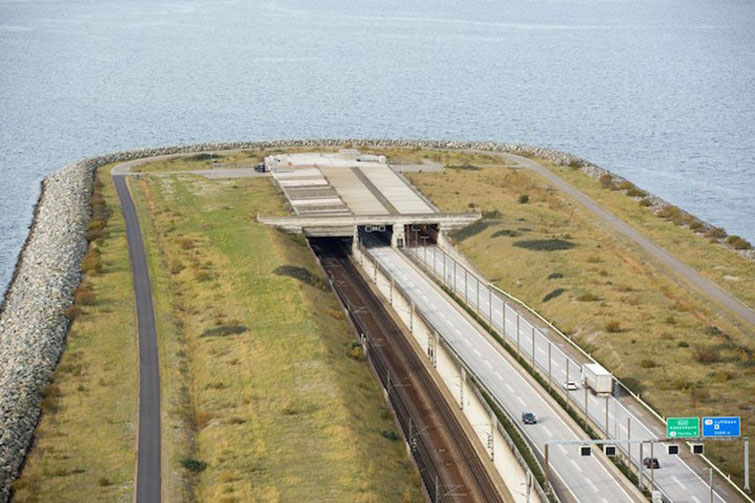