Surf’s up for this floating feline! A cat has been seen out in the surf, riding on the backs of its owners. Nankuli, known as Kuli, the cat, from Honolulu, Hawaii, has been surfing with owners Alexandra Gomez and Krista Littleton for over a year after they rescued the on-eyed moggy.
Kuli, whose name means to look blind, was adopted weighing only one pound, but has gone on to become an expert in riding the waves. 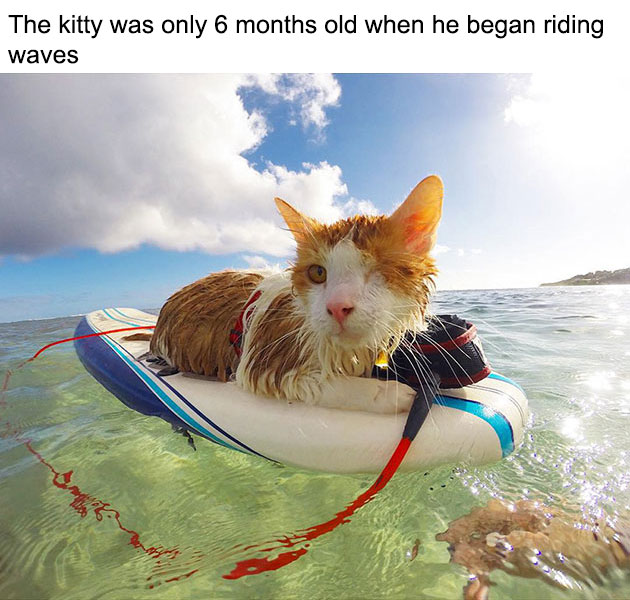 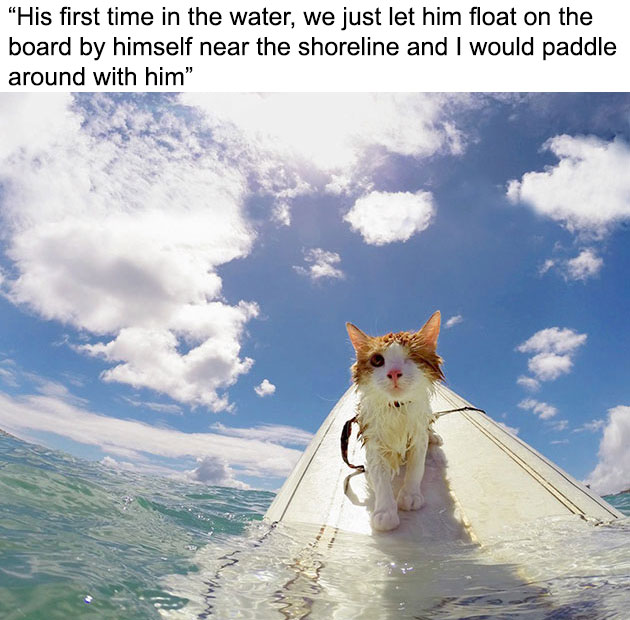 He is fine with water, probably because his owners used to bath him when he was recovering from eye surgery 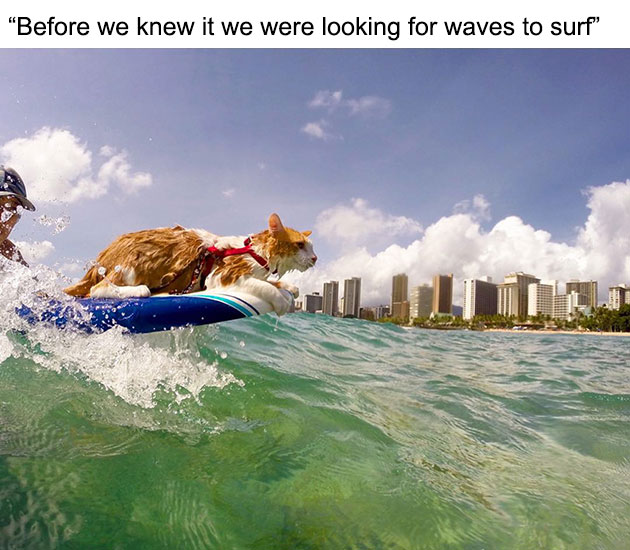 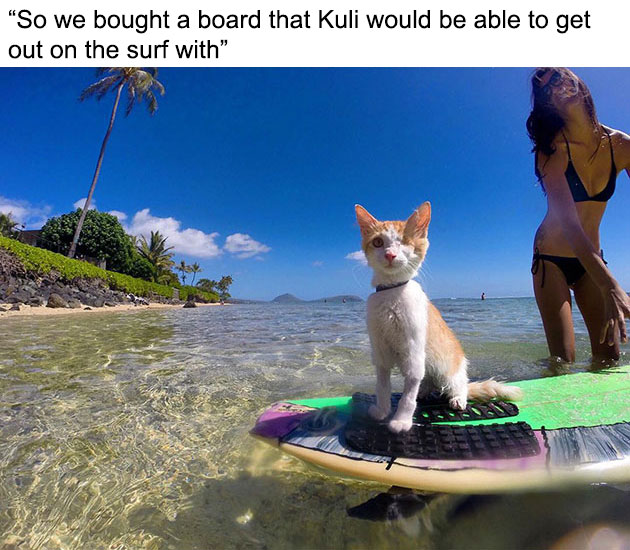