This photo is the oldest picture ever taken of Paris. It is a daguerreotype taken in 1839 by Louis Daguerre himself. The same year the daguerreotype was made commercially available and is therefore generally accepted to be the year of the invention of photography.

The photo was taken at the Place de la République, one of the city’s main squares, where many came to protest this summer as part of the nuit debout movement. The streets seem unusually quiet, but this is in fact because the technique used required such a long exposure time, that passing movements were not captured. 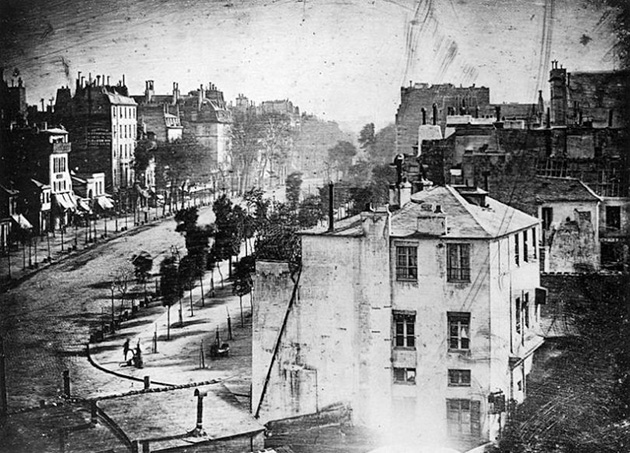 Yet if we look closely at the image, there are two silhouettes. They appear to be a man and a shoe shiner, sat on the edge of the pavement. To appear in this image, the two people would have had to have been standing still for a few minutes. These two figures are important from a historical point of view, for they are the first humans to have been caught on camera, as photos were taken prior to this one focused on inanimate objects or landscapes.

Despite the radical change in photography techniques and its proliferation over the last 170 years, the architecture and appearance of Paris’ Boulevard du Temple have barely changed.