An incredible video of divers swimming with an ocean sunfish has been posted on YouTube by photographer Miguel Pereira. The spectacular footage shows the divers being dwarfed by this floating giant just off the coast of Santa Maria Island in Portugal.

Ocean sunfish, also known as Mola mola, is the largest known bony fish in the world and can weigh up to 2,268 kilograms (5,000 pounds). Despite their intimidating size, sunfish are actually gentle giants that are harmless to humans. Oddly, the bulk of this ocean beast’s diet is jellyfish, which are low in both energy and nutrients.

Despite its intimidating size (15 feet high and 2,000 pounds), the ocean sunfish primarily feeds on jellyfish. 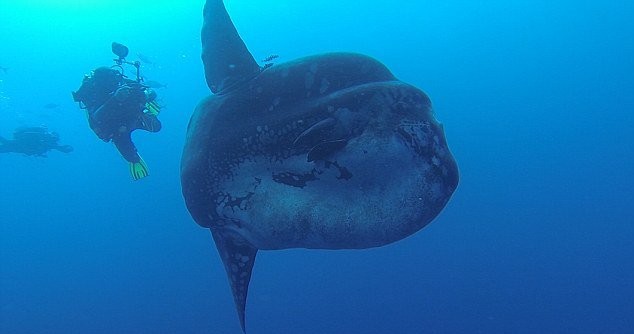 This incredible encounter took place off the coast of Portugal. 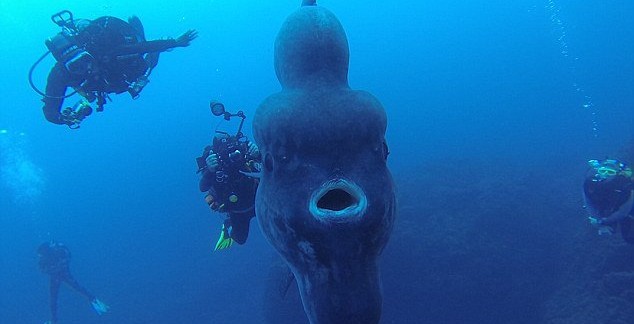 Wait until you see it up close!

The sunfish is yet another reminder of the many wonders our oceans hold. Can you imagine coming across one on a fishing trip? They could swallow the boat whole…