It was discovered more than 300 miles away, three decades later. 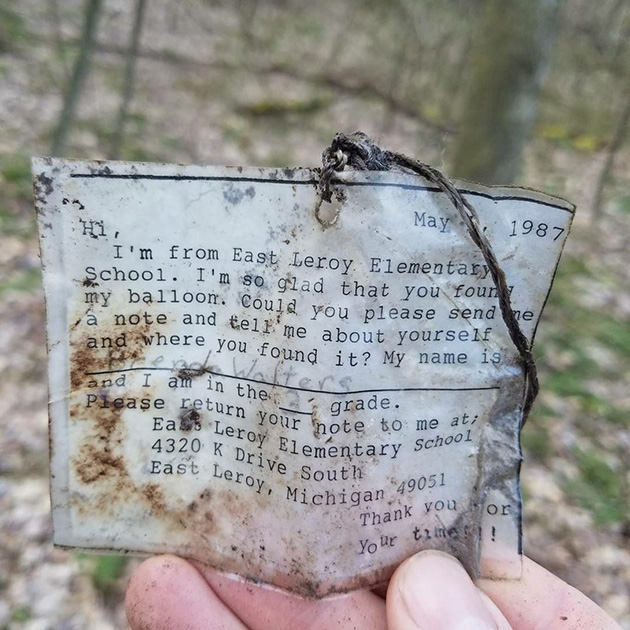 A western Pennsylvanian man named Steve White was taking a walk one evening close to his home when he discovered a strange scrap of paper that was laminated. When he looked at the paper, it had “May 1987” as the date on it. There was a message on the paper from some third grader named Brenda Walters. It was tied to a balloon and the message requested that if anybody finds the balloon then they should contact her elementary school which was located in East Leroy, Michigan. This is a community about 300 miles from where White found the balloon.

White published pictures of the note and balloon on Facebook. The people of East Leroy started gossiping over old times and how schools in East Leroy used to have students release balloons into the air. Apparently, Walters released the balloon and note into the air approximately 30 years ago as part of a class project. Some people on Facebook vaguely remembered Walters. But then, she was able to be located after Walters’ son discovered White’s posts and then showed his mother the note.