In this action-packed video, a mother rabbit is seen shielding her baby and trying to fight off a snake, you can even hear children in the background rooting for the rabbit. The video came online on June 18th as it was posted by Ramakanth Peechara, though the exact location where this attack went down is not disclosed. 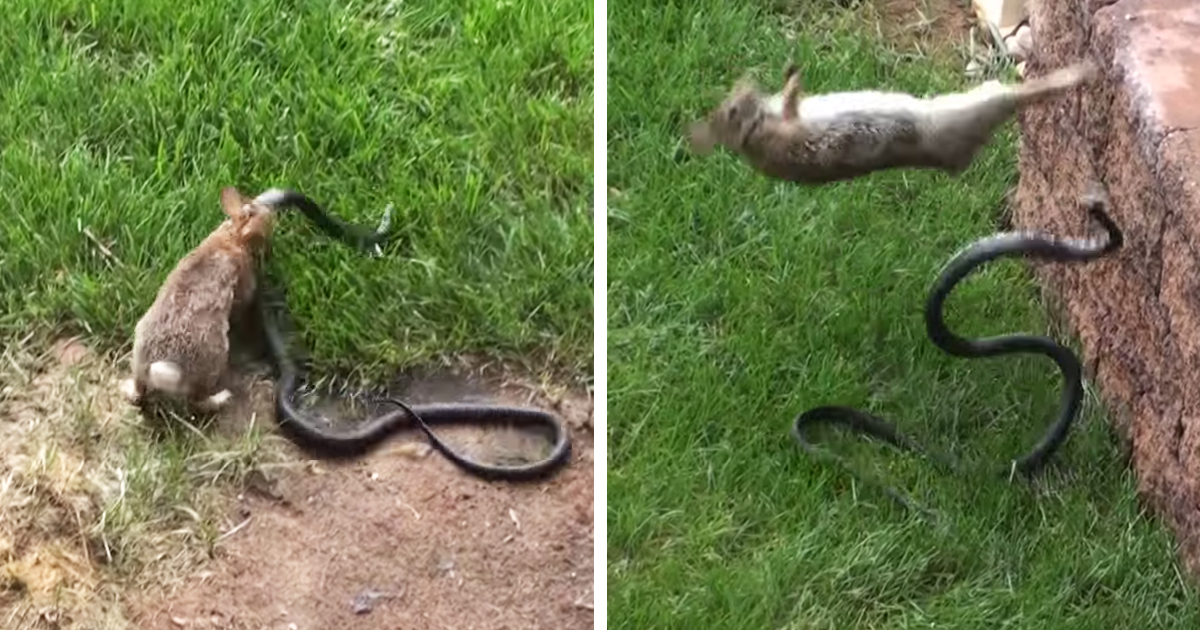 A snake expert David.A.Steen confirmed to the Dodo that the snake was a Black Rat snake and they were not venomous. Rabbits are considered prey and mother rabbits tend to avoid hanging around the young for extended periods. A litter of baby rabbits without the mother doesn’t necessarily confirm that they do not have one. You can confirm the existence of a mother rabbit by simply checking the bunnies in the morning and observe if their bellies are round and warm. This would tell you that they are being looked after by a mother who would be somewhere nearby. People have said that once the human hand touches the baby rabbits the mother tends to abandon them, this, however, is just a myth.