In the modern world, advertisements have a great impact on how people perceive things. There are people belonging to different backgrounds, races, etc. being a part of advertisements to make an impact in front of the world and it actually is helping.

However, when one mother approached a children’s clothing company named OshKosh B’Gosh along with her baby who has Down syndrome, they conveniently cut her off. 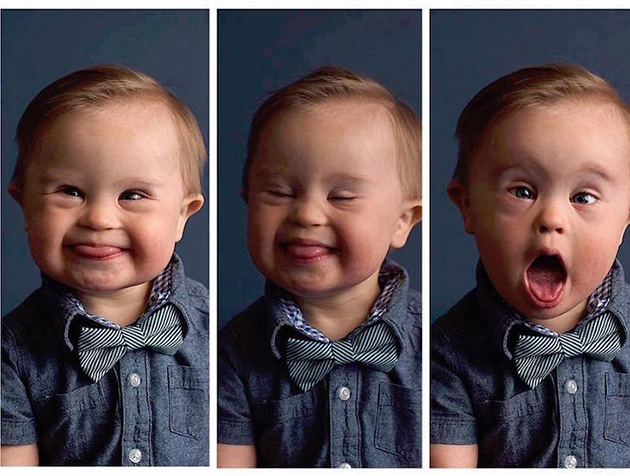 The 15 month old baby of Meagan Nash named Asher has Down Syndrome and the company could not look past it. In their words, the company had not requested for a baby with ‘special needs’.

Although Meagan did not want the company to consider her baby only because he has Down syndrome, she wanted to portray to the company about the skill and talent of the baby, which would do good to the company!

When she spoke to The Mighty, she expressed her frustration regarding the way in which companies treat people with disabilities.

Listed below is a message by Meagan.

“I would love for OshKosh to meet my son and see what we see in him.

Children with Down syndrome and other disabilities are incredible human beings, and we want OshKosh to want to help change the world’s perception….

Without truly accepting my son and others with special needs, there can be no inclusion for them in the future. It is time we realize they are not ‘just a trend’ that comes and goes in advertisement.

They are here to stay!”

Meagan is planning to reach out to the parent company of OshKosh, Carter’s Inc, which is based in Georgia. It is high time that companies realize that there is still place in the world for people suffering from disabilities!