Conrad Tan is a photographer residing in San Francisco, California, who recently made an excursion to Minnesota to capture images of wildlife. It’s an area of specialty for Tan, who has photographed some truly mesmerizing wildlife photography, yet his work in a Minnesota nature reserve may be his best to date. 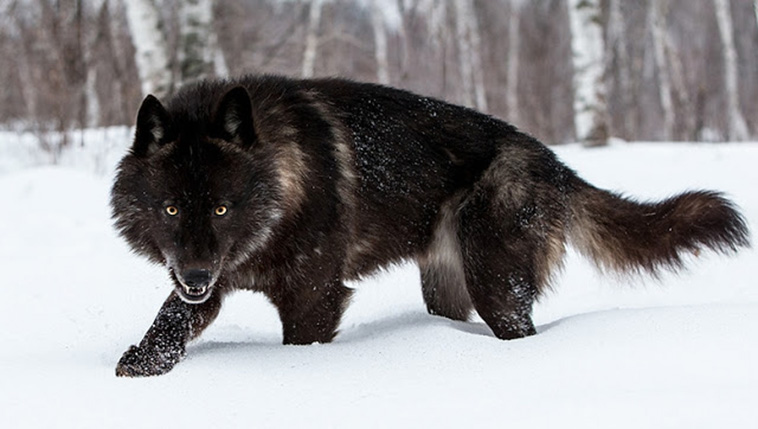 One of 13 wildlife refuges in the state, the refuge is home to a very notable attraction for wildlife watchers – the black timber wolf. Tan managed to be captured a series of breath-taking photographs that depict life for these beautiful black-furred wolves in the natural habitat.

Elegant, menacing, and jovial – the photos perfectly showcase the diverse behavior and character of these majestic wolves, which their beautiful black fur contrasting wonderfully with the pristine white snow. 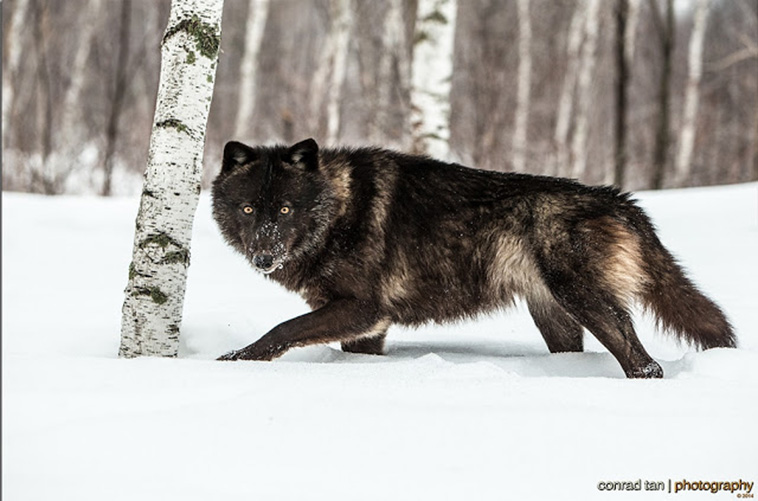 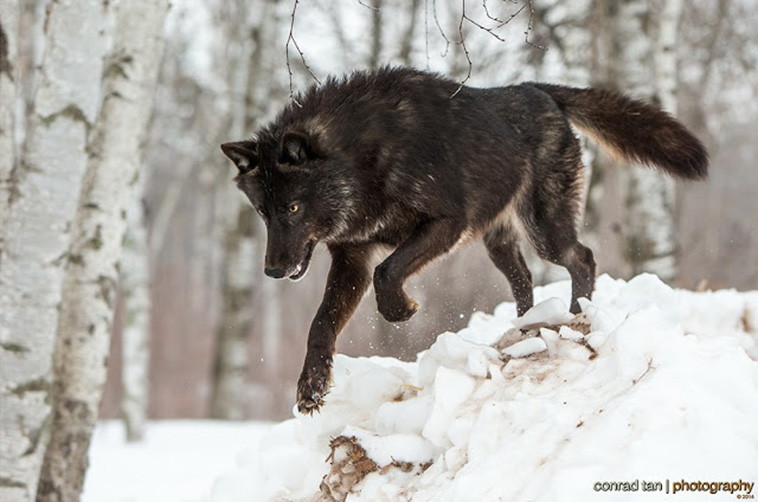 Also known as the “spirit wolf,” black wolf arrives on the scene as a messenger, according to Native American mythology. Black wolf sightings are thought to serve as a warning that a major life lesson is about to unfold. 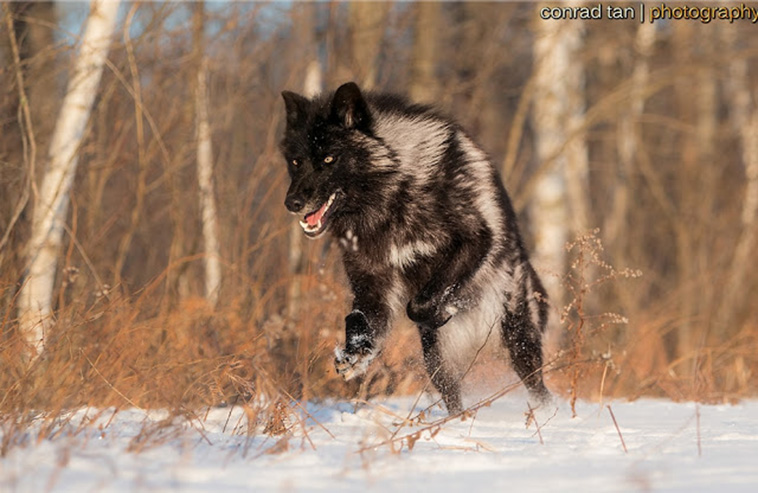 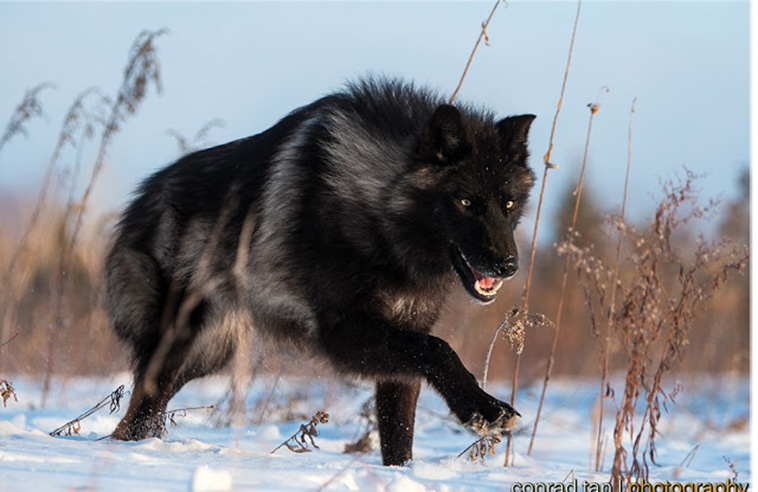 Even though these wolves have a black coat, they’re still part of the grey wolf family. Colors vary from wolf to wolf, depending on location.

Black wolves get their color because of a genetic mutation that increases dark pigmentation. 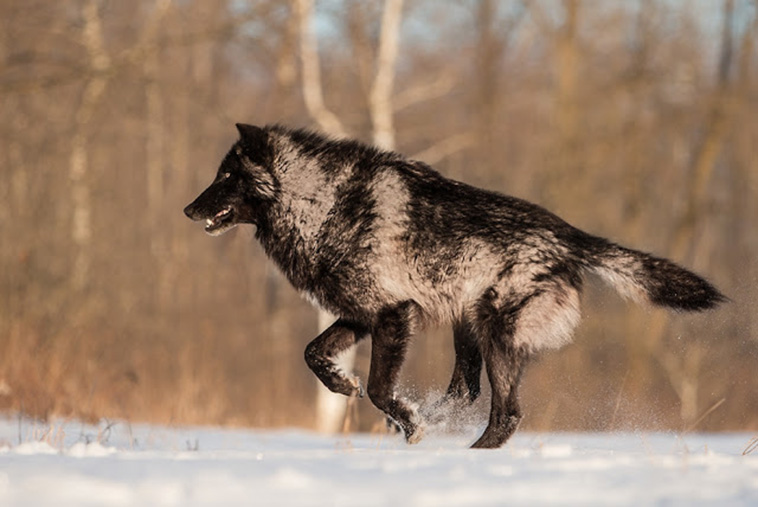 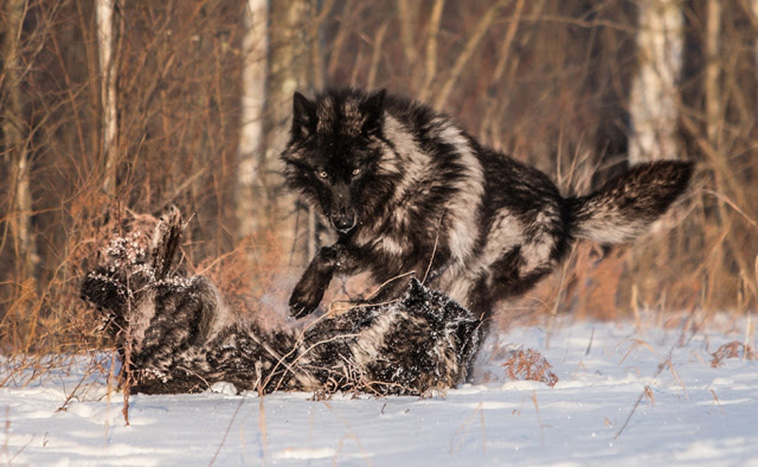 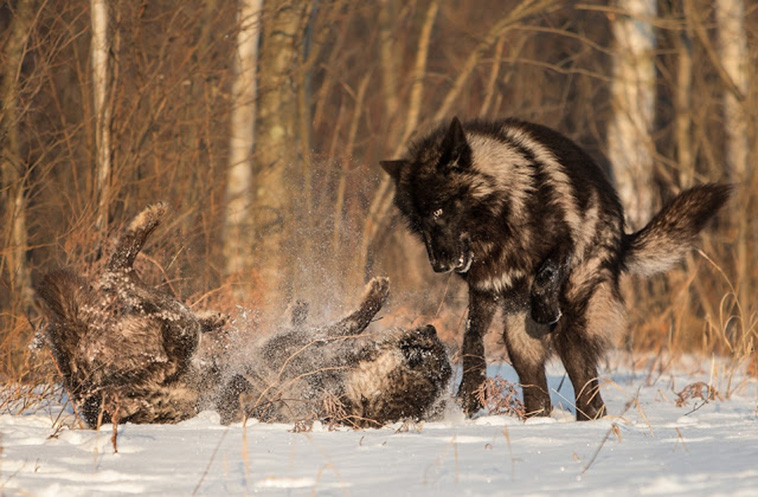 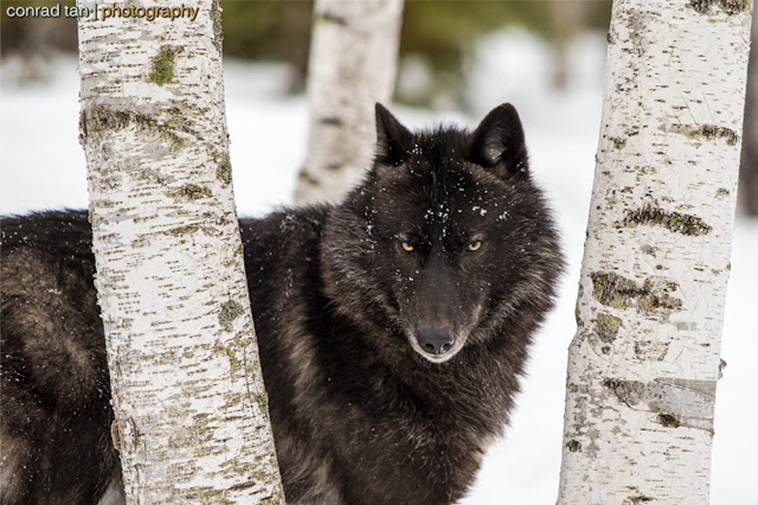 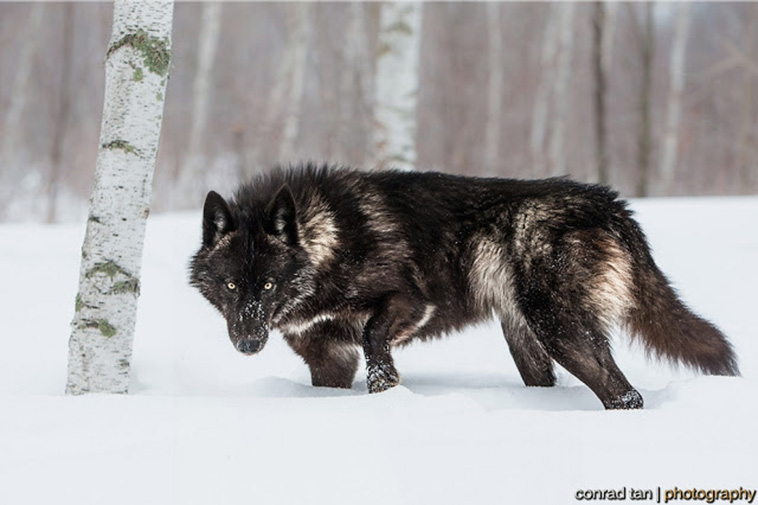 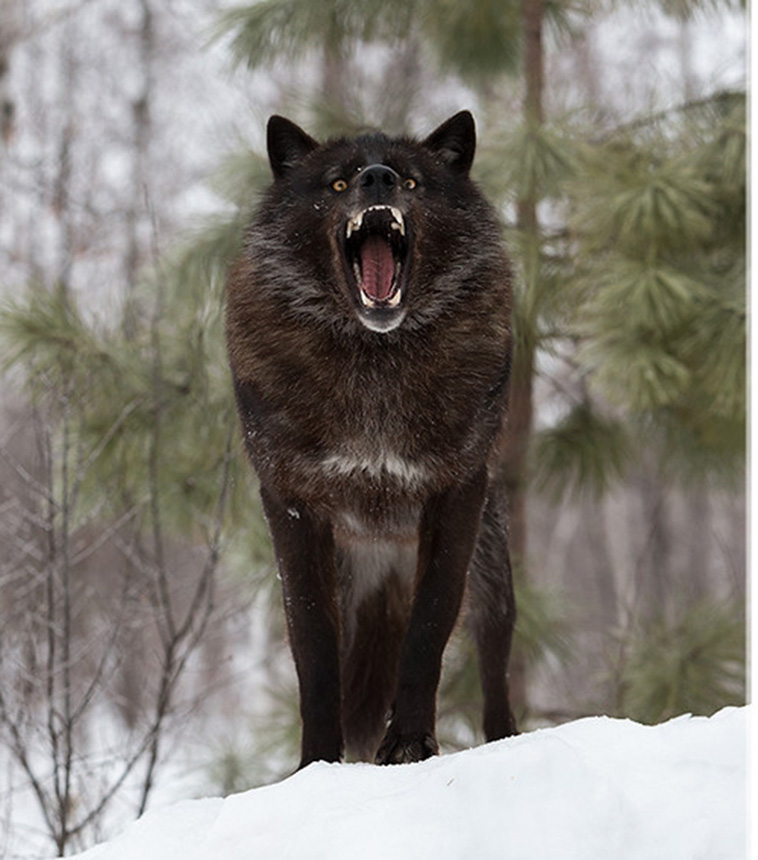 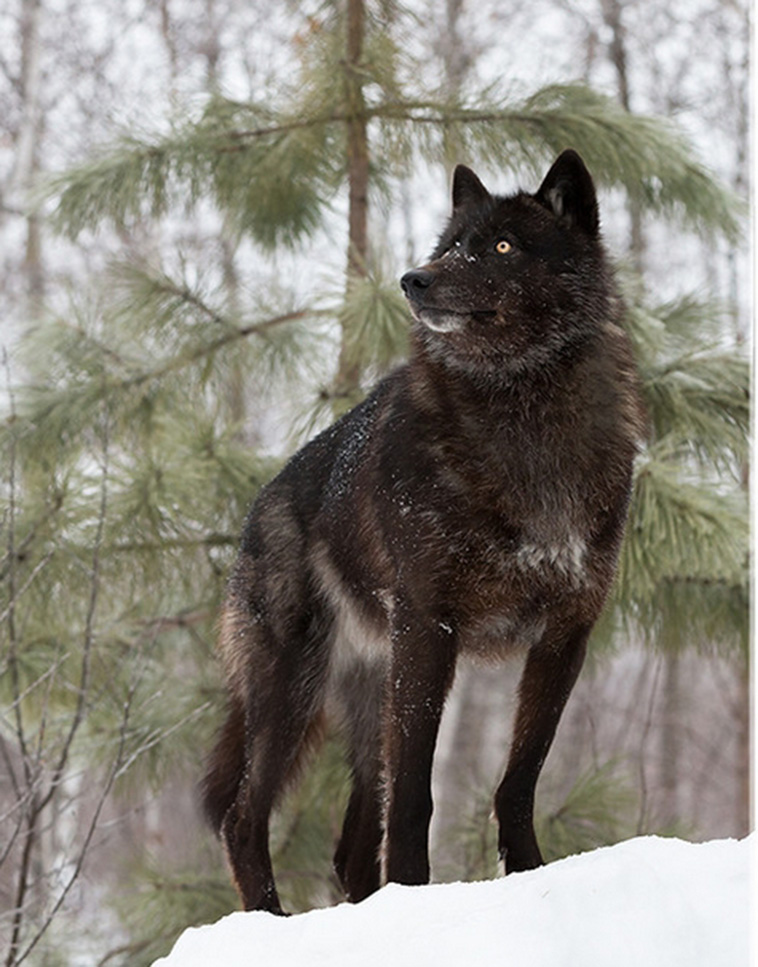 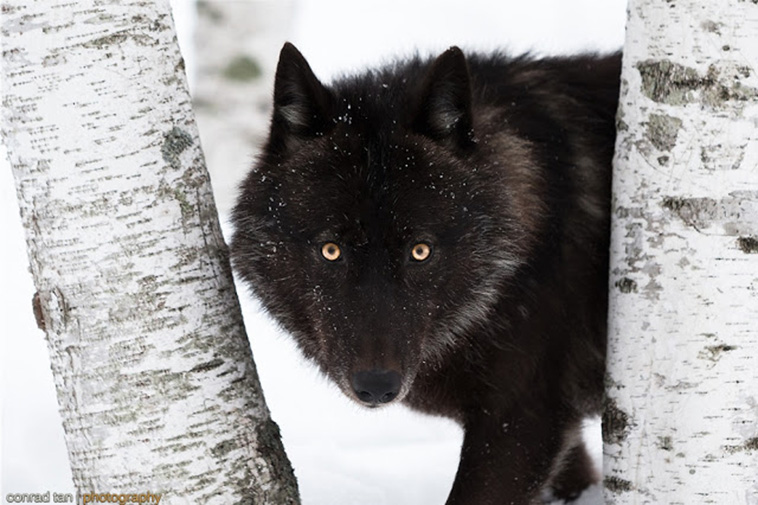