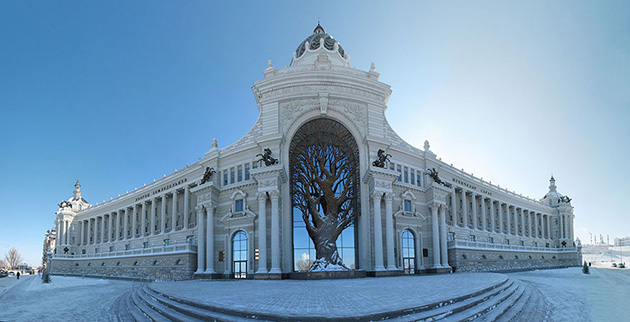 The Ministry of Agriculture in the Russian city of Kazan has a building with an eclectic architectural design to it. In the front archway of the building, there is a giant iron tree that was beautifully crafted inside of it. The tree is supposed to inspire those who pass by it with pastoral images of agriculture. It casts a shadow down on the lobby of the building, which was finished only a few years ago. 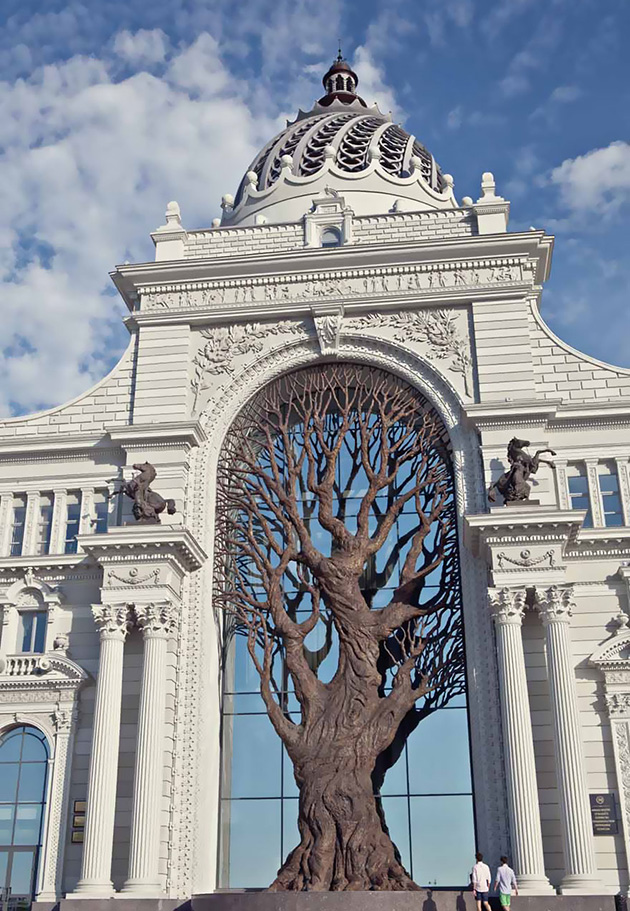 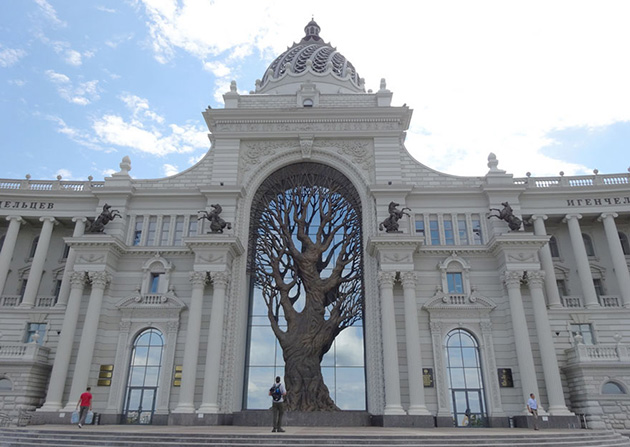 Antica is the Russian construction company that built this structure. It is a building which reminds people of classic Russian architecture, although not so much the brutalist architecture of the Soviet buildings. Russian architecture has always been quite diverse since the people of the country are diverse. This “iron tree” building is located just across the street from the Kazan Kremlin. That is a building which has both Western and Eastern architectural styles to it. (Note: a kremlin is a Russian fortress, so the Kazan Kremlin is not to be confused with ‘The Kremlin’ in Moscow). 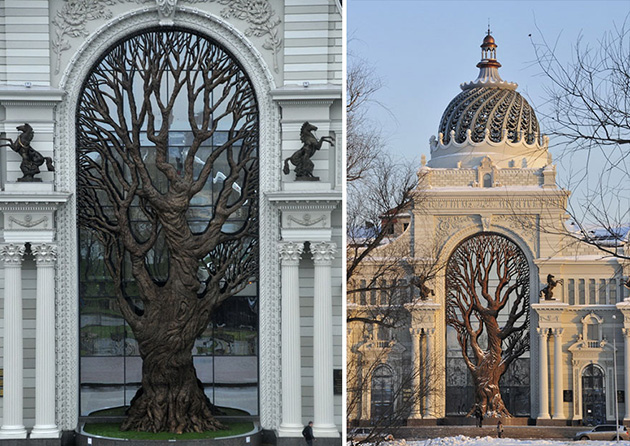