An American landscape designer and architect named Charles Jencks has created an amazing flight of stairs that is supposed to represent the cosmic evolution of the past 13 billion years. His creation, named “The Universe Cascade,” contains twenty-five different landings, with each one marking an important shift that occurred throughout cosmic history.

The Universe Cascade at the Garden of Cosmic Speculation, South West Scotland. Designed by Charles Jencks. 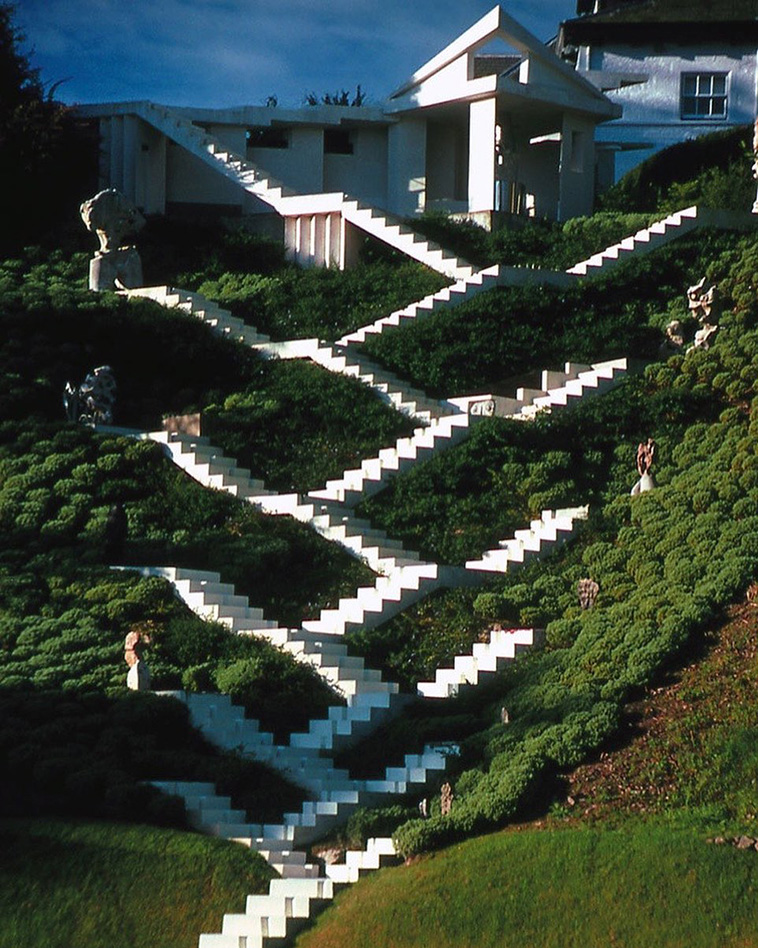 For example, the top of the stairs contains the big white house which represents the present day. Further down the stairs, there are bushes and grasslands. The stairs eventually flow right into the dark water below the grass, which signifies the mysteries surrounding the universe’s origins. 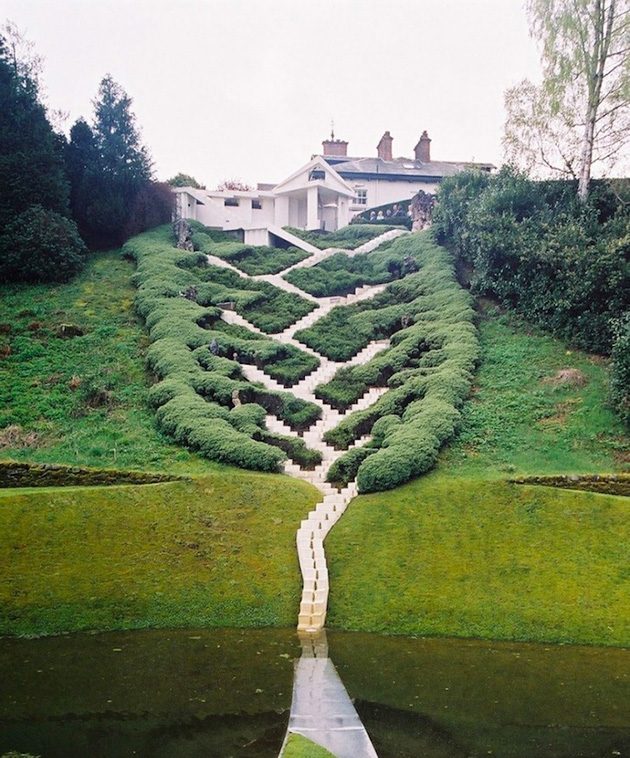 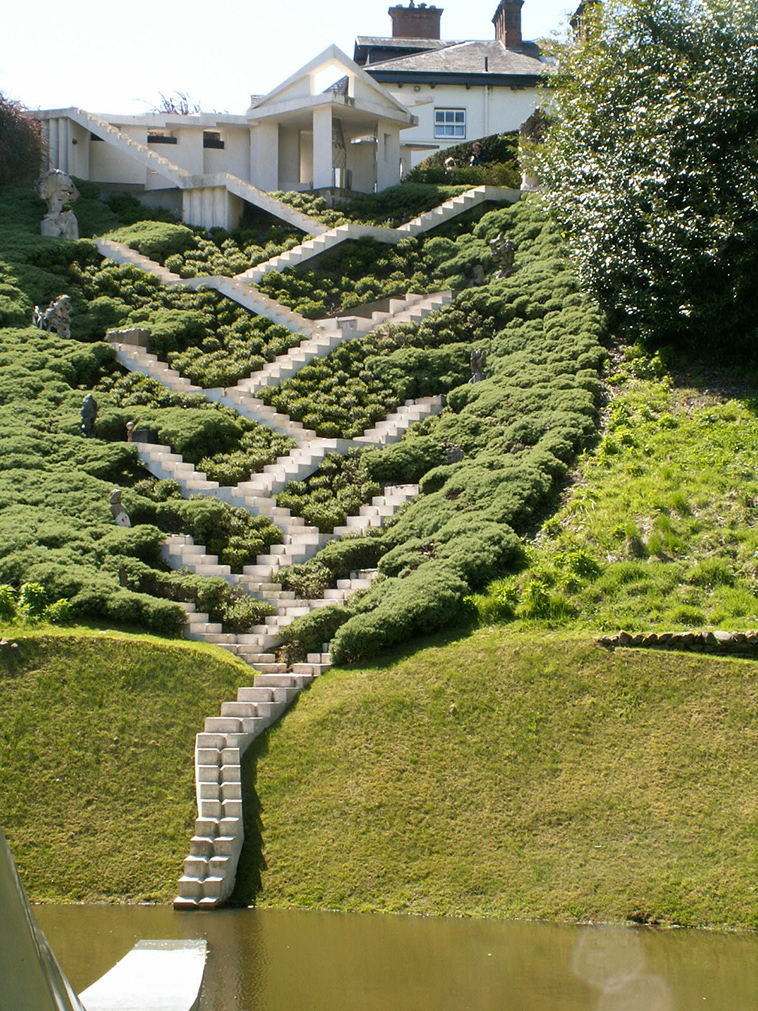 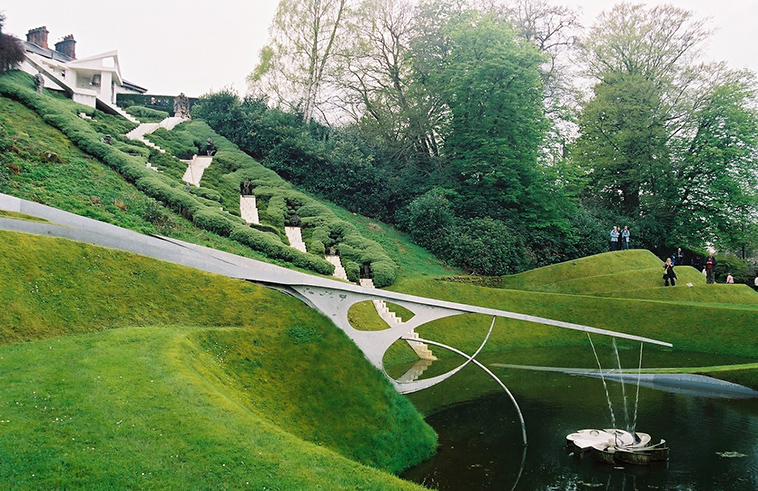 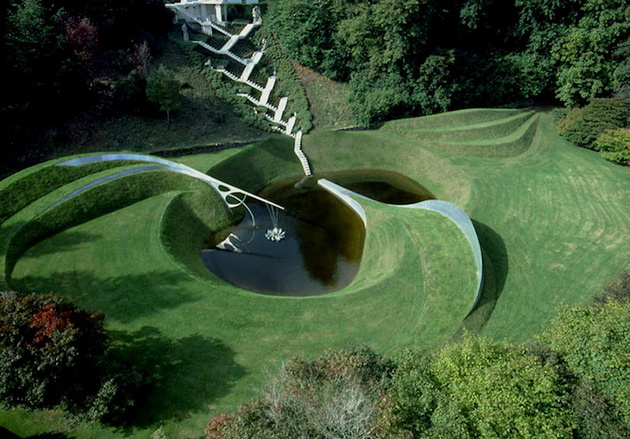 Jencks’s masterpiece is located at The Garden of Cosmic Speculation in the country of Scotland. However, it is a private garden that is not generally open to the public except for one day out of the entire year.

As he says, “To see the world in a Grain of Sand, the poetic insight of William Blake, is to find relationships between the big and small, science and spirituality, the universe and the landscape. This cosmic setting provides the narrative for my content-driven work, writing, and design. I explore metaphors that underlie both growing nature and the laws of nature, parallels that root us personally in the cosmos as firmly as a plant, even while our mind escapes this home.”

Below are some other works from his portfolio. 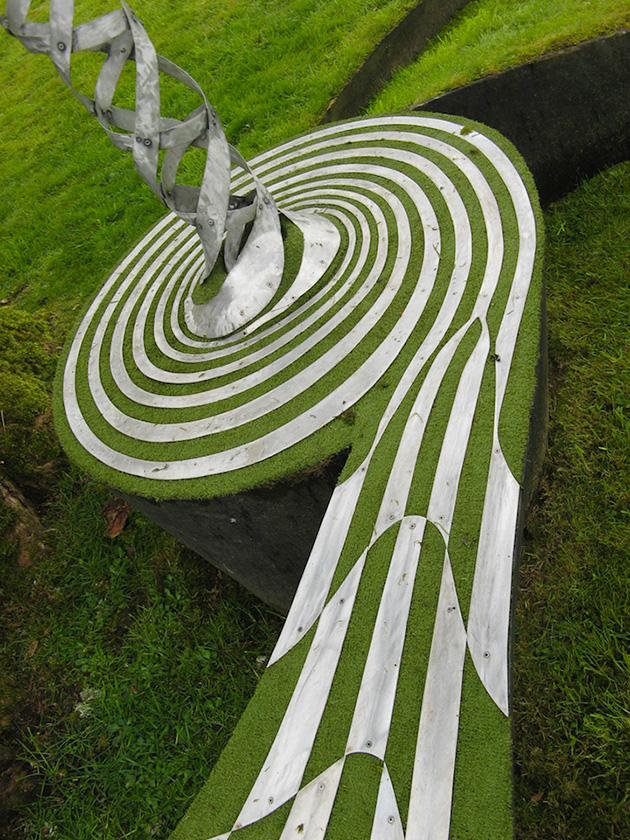 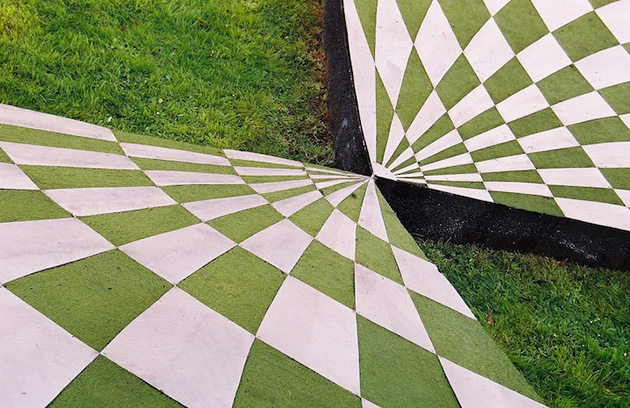 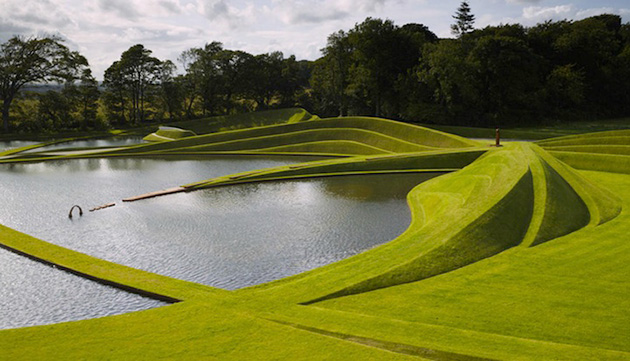 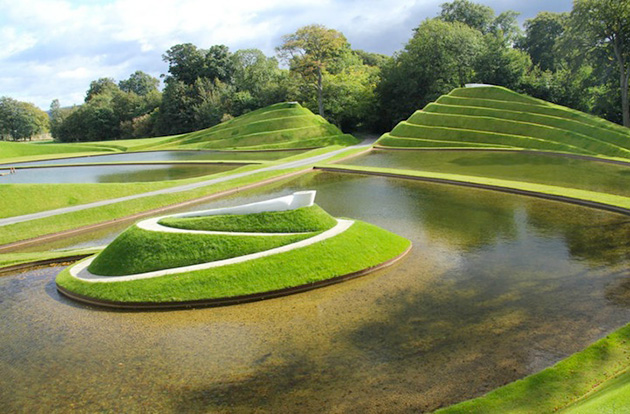 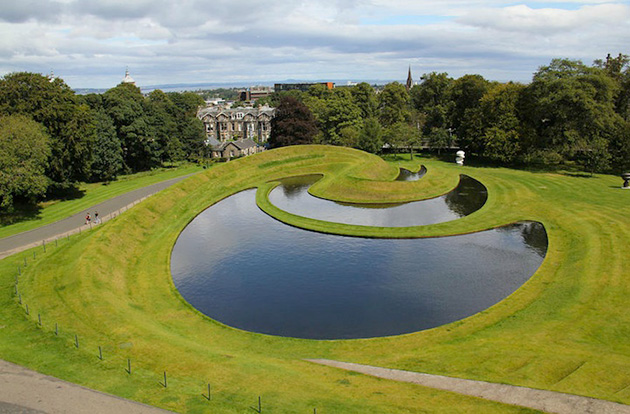 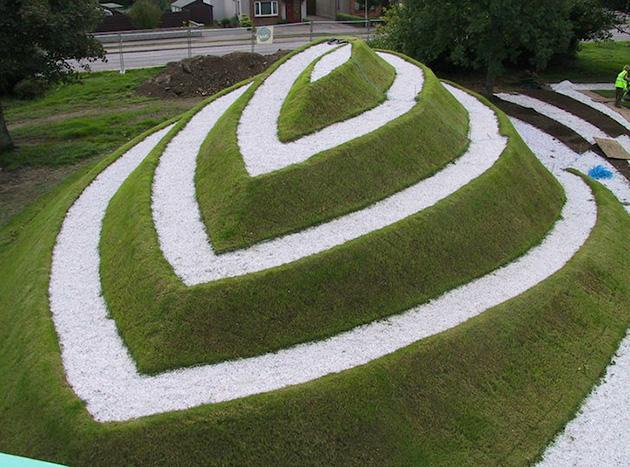 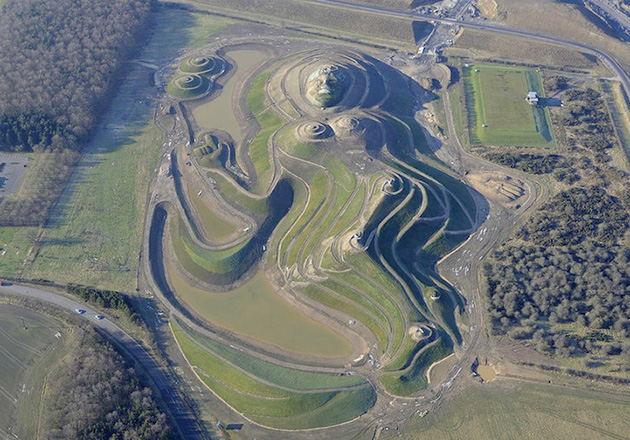 Jencks’ latest project is in northern England and is called Northumberlandia (the “Goddess of the North”). Commissioned by a UK coal-mining company, Jencks is creating a giant land goddess sculpture that’s 112 feet high and 1,300 feet long. Due to its completion in 2013, it will be the world’s largest human form sculpted into the landscape.