Andrew Park, a helicopter pilot was flying along with a popular photographer, Jerry Ferguson over Phoenix recently; he spotted a giant foreboding mushroom cloud that was hanging over the city. Technically, this phenomenon is called a microburst. 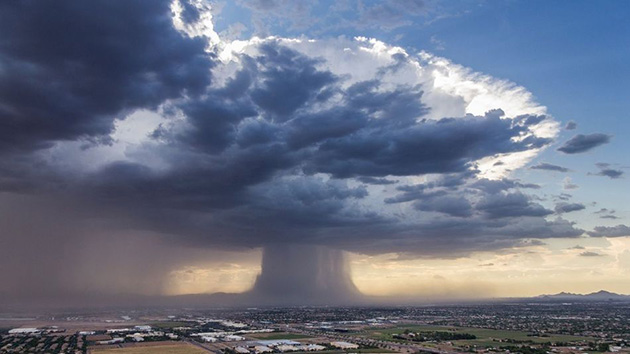 It occurs when the suddenly cooled air due to a thunderstorm spreads over the land when it comes closer to the ground and it gets spread at high speeds touching up to 100 mph, due to which a centralized air current is formed. 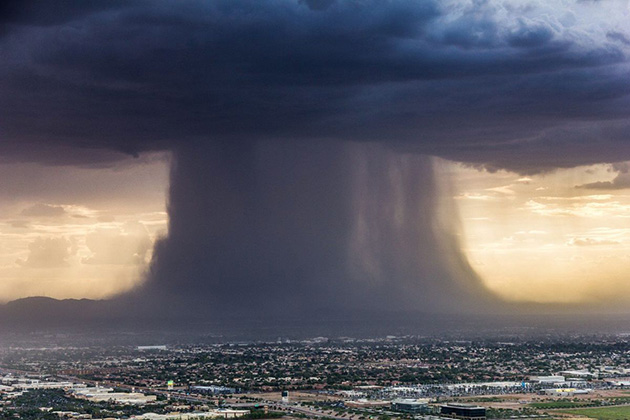 Jerry Ferguson was able to time this perfectly while he was shooting for a local TV station. Bryan Snider created a time-lapse video of the same when he clicked the microburst from the Phoenix Sky Harbor International Airport and when you take a close look at the pictures; it appears as if the microburst is just a few meters away from the storm.