Shibam is called Manhattan of the desert as it is one of the oldest and best examples of vertical planning urbanism. The walled old city contains about 500 tower houses, from 5 to 11 storeyed and made of mud bricks. A protected UNESCO World Heritage Site since 1982, the city is home to densely packed buildings ranging from four to eight storeys, beginning in 300 AD but now mostly built after 1532. 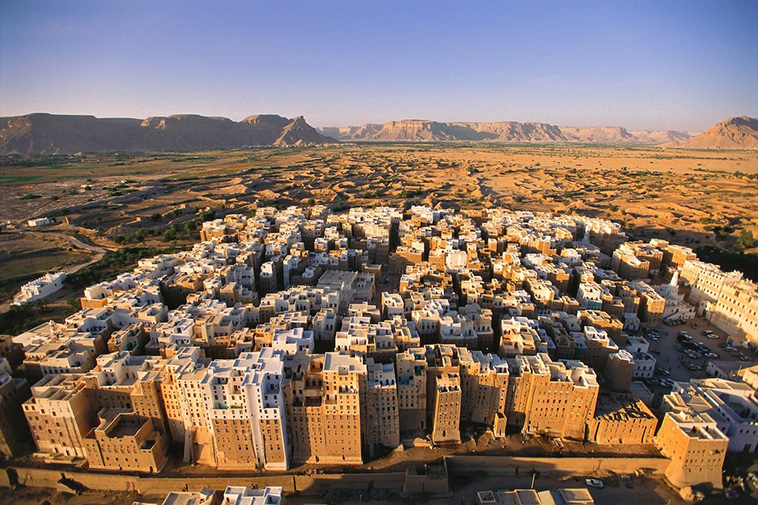 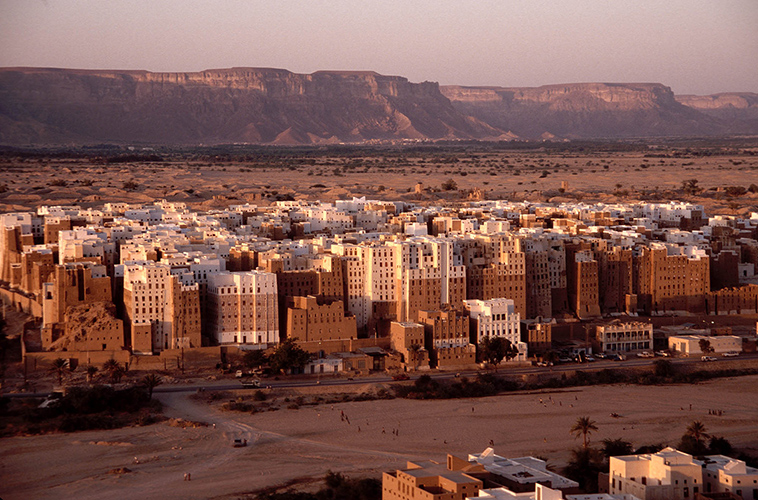 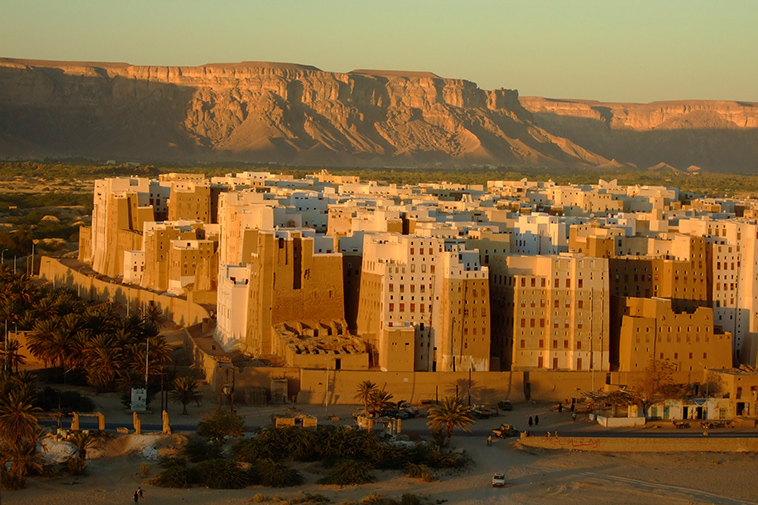 A few fragments remain from the earliest construction in Shibam, including a mosque built in 904 and a castle built in 1220, however, the city was largely rebuilt after 1532 when a devastating flood swept the region, crippling the foundations of the city’s ancient towers. 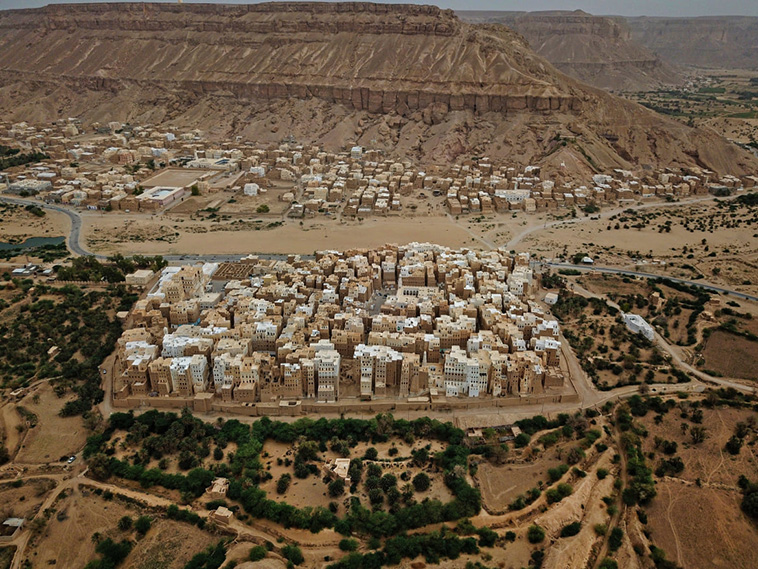 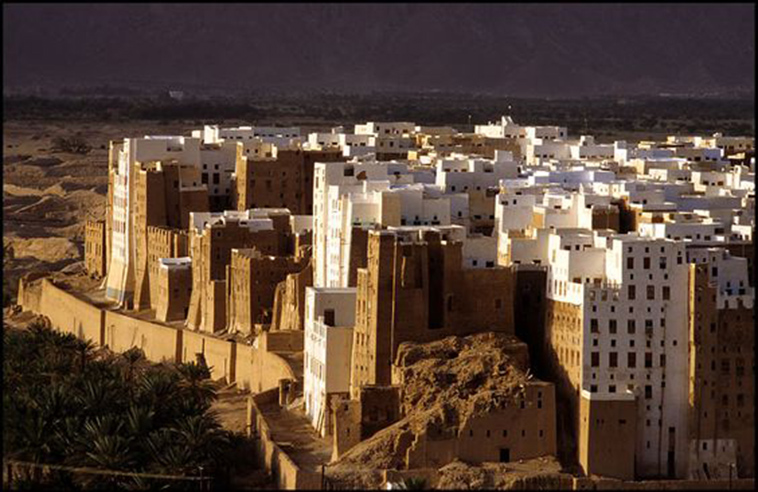 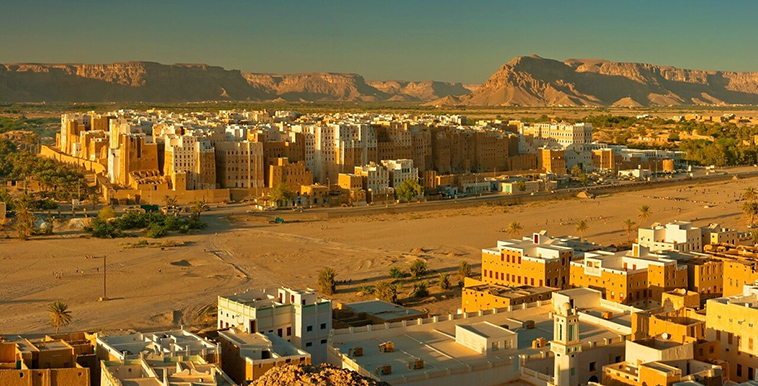 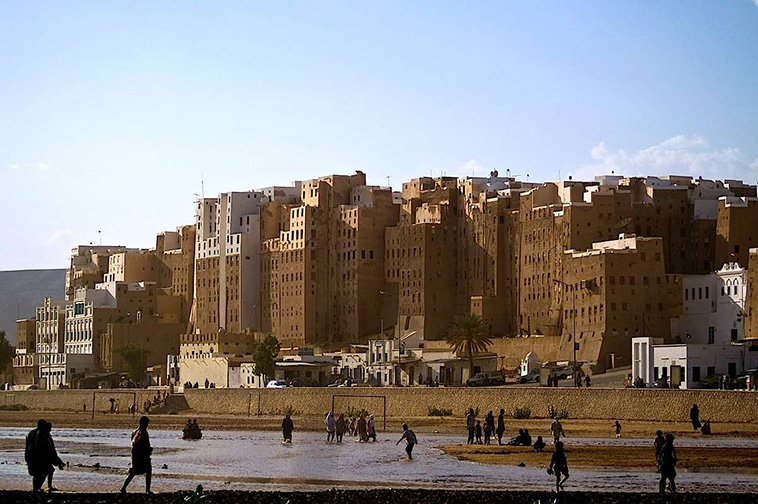 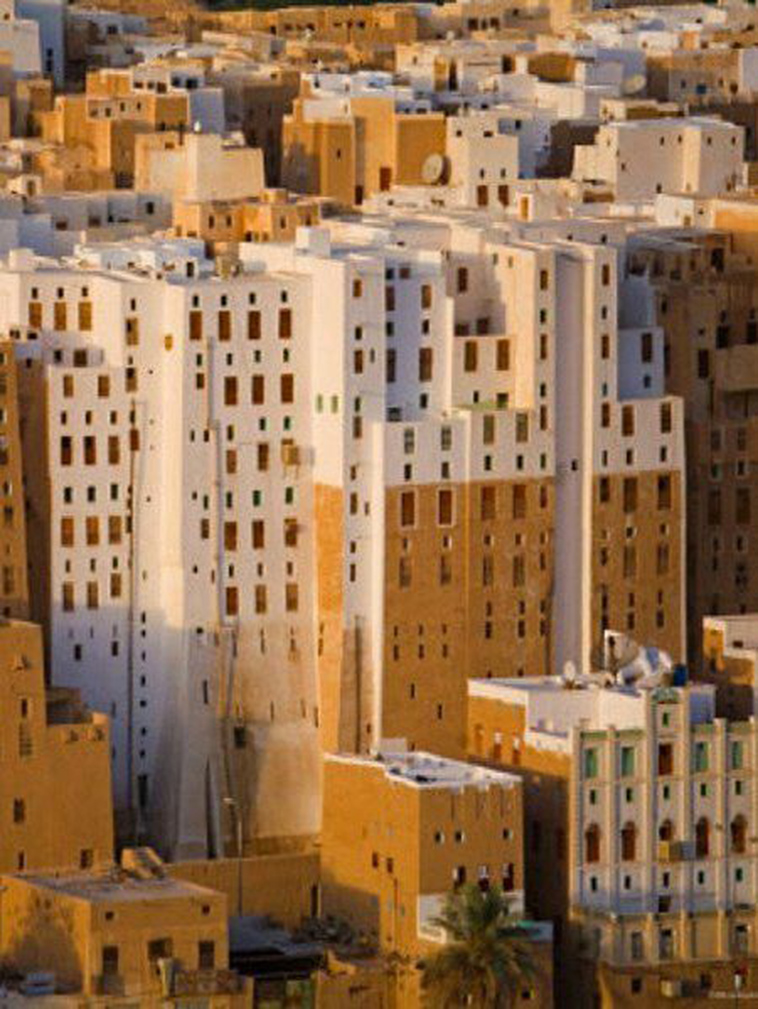 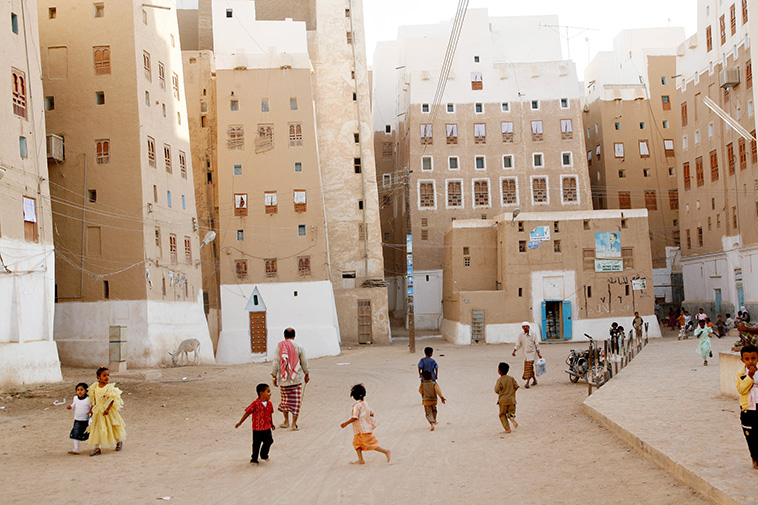 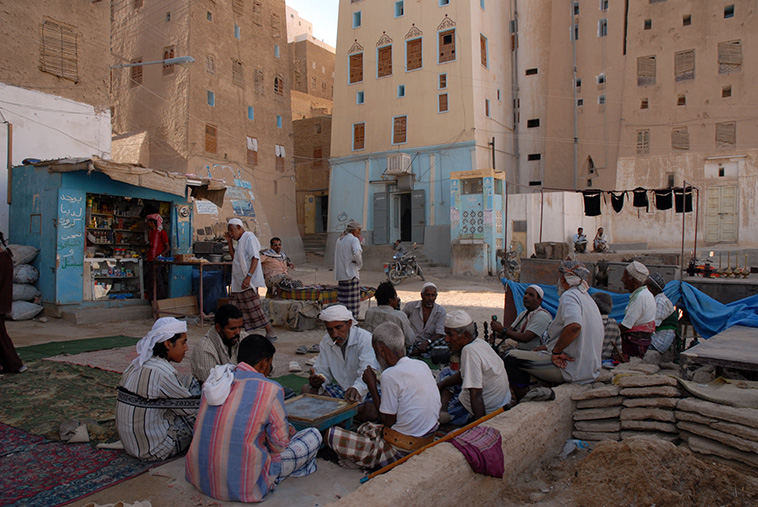 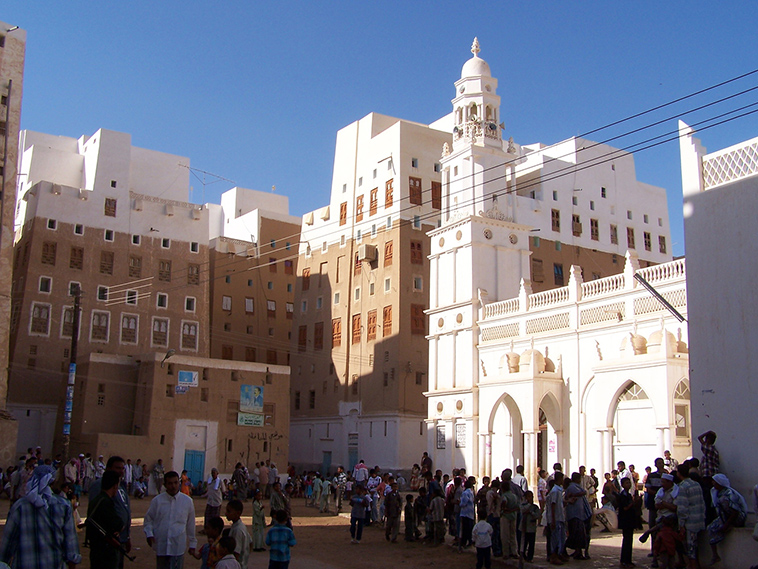 “Sometimes called the ‘Chicago of the desert’ or the ‘Manhattan of the desert’, the old city of Shibam presents to historians and urbanists one of the earliest and most perfect examples of rigorous planning based on the principle of vertical construction,” reads the UNESCO brief on Shibam . Credited as the home of the first highrise apartment buildings, Shibam has become a symbol for the rise and resilience of middle eastern culture in the desolation of the surrounding desert. 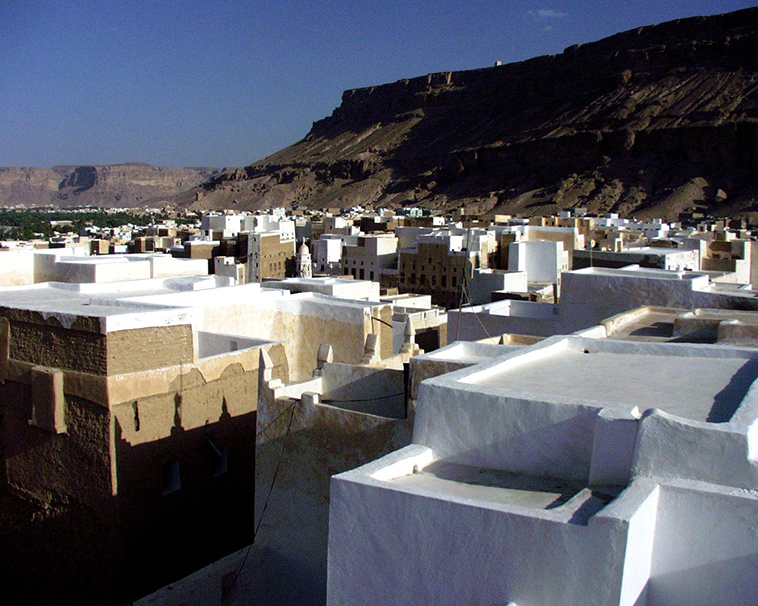 A result of Yemen’s complex civil war – now in its fifth year – many of the country’s wonders have been damaged or are under threat. While the destruction pales in comparison to the human cost of the conflict, the country’s rich cultural heritage has also been ravaged. — The Guardian

Writing in The Guardian, author Bethan McKernan describes the ways in which Yemen’s ancient cultural heritage has been put at risk by the country’s tragic civil war. Sites that are under threat include the city of Shibam, a 1,700-year-old settlement built from a series of tall masonry structures in the desert.

McKernan writes, “The city’s 3,000 residents still largely follow the traditional living pattern, within some cases up to 40 family members in the same tower. Animals and tools are kept on the ground floor and food is stored in the second. Elderly people live on the third and the fourth is used for entertaining. Higher levels are occupied by more nimble families, with childless newlyweds on the roof.”